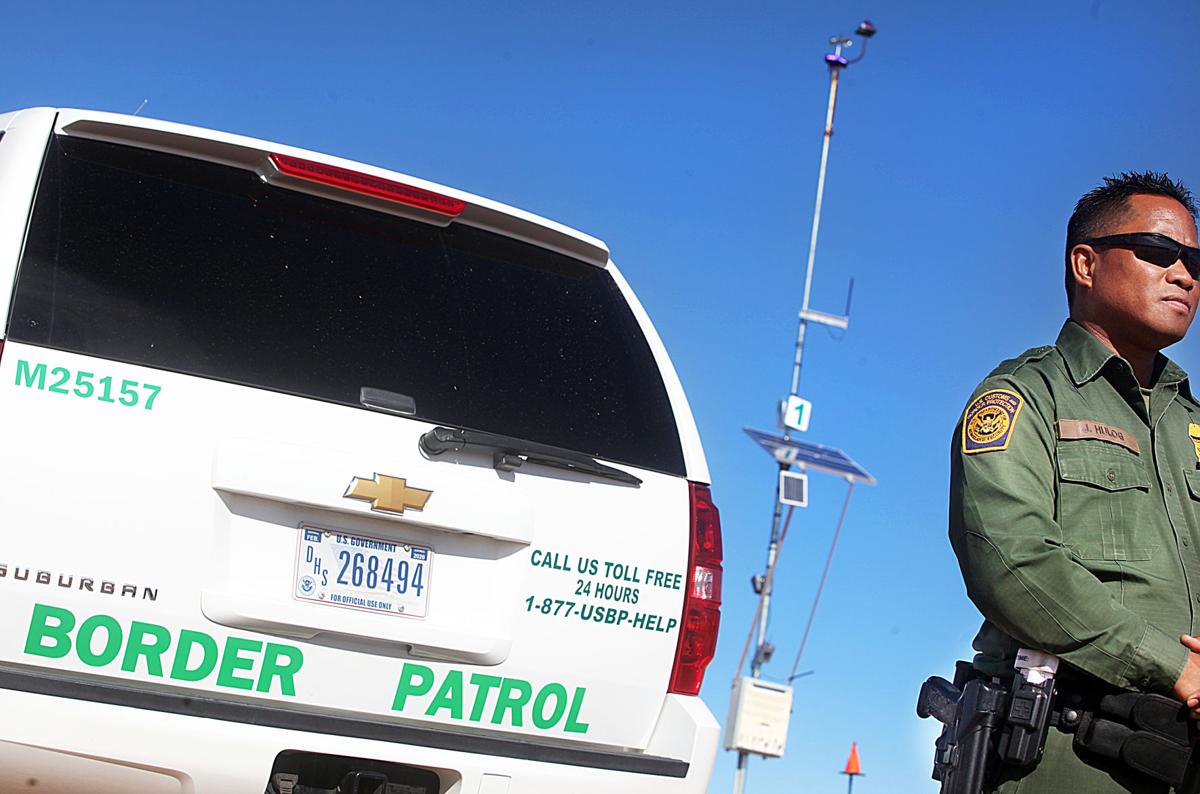 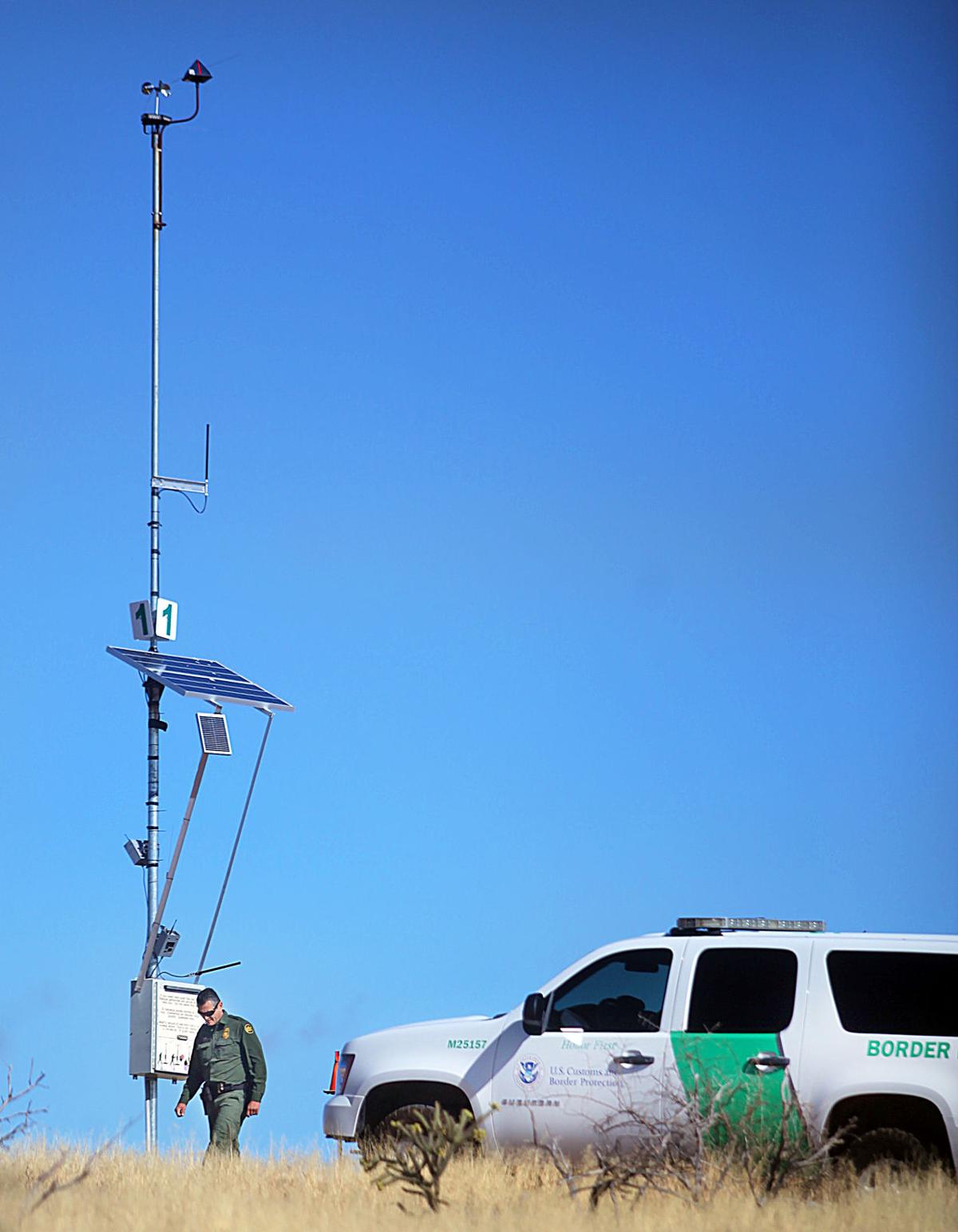 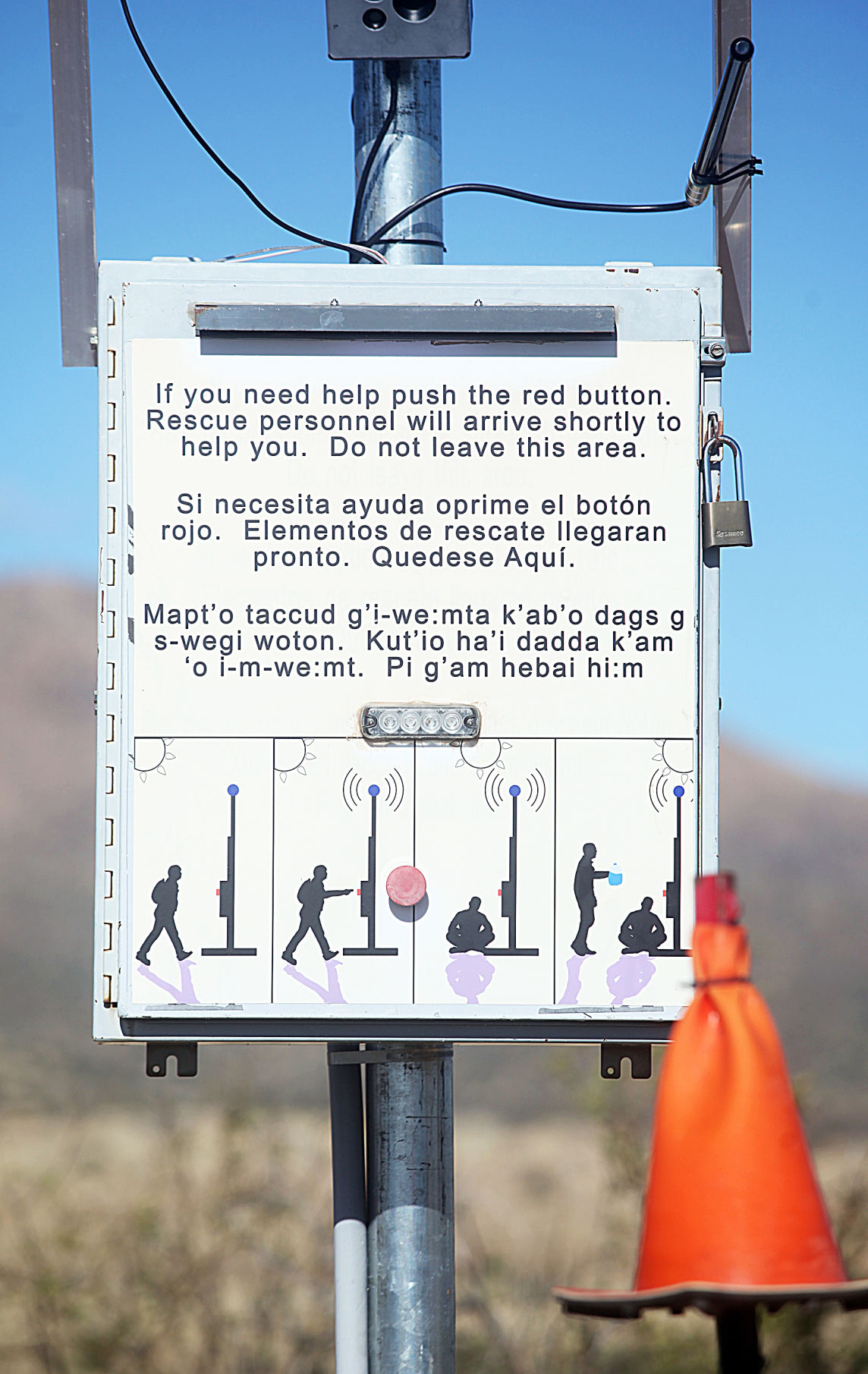 This rescue beacon has directions in three languages. 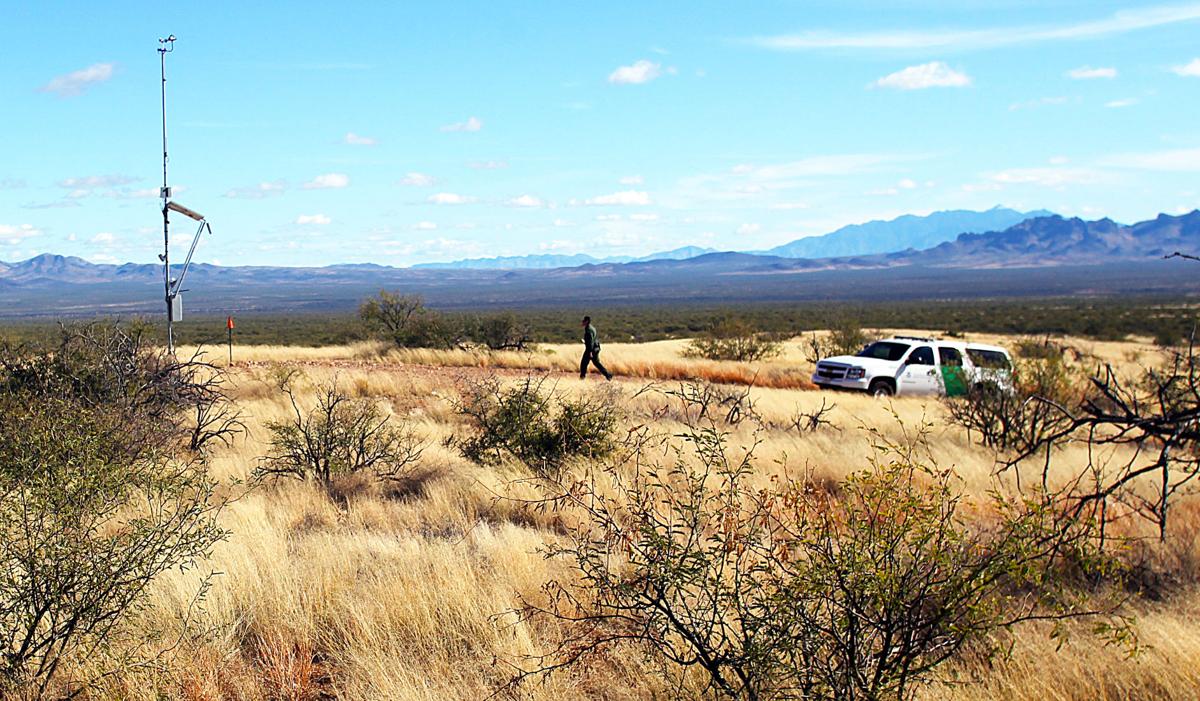 This rescue beacon has directions in three languages.

BROWN CANYON, PIMA COUNTY — They stand in the remotest areas of the southeastern Arizona desert, tall metal poles with the “blue light of life” blinking eternal at the top. Toward the bottom of this simple 30-foot-tall piece of technology is a red button, to be pressed only in a moment of desperation.

These are the rescue beacons of the U.S. Border Patrol, placed strategically in areas of the desert where undocumented migrants have been known to get lost, get left behind by human smugglers, or die.

In the federal agency’s Tucson Sector — which covers an area from the New Mexico state line to the Yuma County line, with 262 border miles within Cochise County — there are 34 rescue beacons, says Border Patrol Agent Jesus Vasavilbaso.

Not surprisingly, the beacons do not symbolize salvation to everyone.

Human smugglers — known as coyotes — routinely tell their charges to stay away from the beacons, Vasavilbaso said.

“Migrants are told that pressing the red button means calling the Border Patrol,” Vasavilbaso said. “They don’t care about the life of these people.”

Additionally, some humanitarian aid groups, such as No More Deaths, also decry their existence. The group says the beacons are not humanitarian aid, but simply another way for the Border Patrol to nab migrants. The following post appeared on organization’s Twitter page earlier this year: “When someone activates a beacon, BP arrives, arrests, incarcerates, then deports that person. This isn’t help, it’s state violence disguised as help.”

Vasavilbaso does not deny that anyone who reaches a rescue beacon after entering the country illegally will eventually be arrested.

“Life (of the person who presses the button) is a priority. Preservation of life comes in as number one,” Vasavilbaso says. “We do not care what your immigration status is. Our focus is to be able to save your life, to be able to rescue you.”

“Yes, afterwards once everything is good to go and the person is OK, there is going to be a consequence if you cross illegally into the United States,” Vasavilbaso said. “But the most important thing is that you’re still alive. If you lose your life, there’s no hope.”

The beacon are not only used by those crossing illegally, he said. “We have actually rescued hikers and hunters who have gotten lost or injured.”

The rescue beacons are outfitted with a solar panel and they’re affixed to a concrete slab.

The red button is in the center of a board that gives instructions in three languages — English, Spanish and Tohono O’odham, since some of the rescue beacons are located inside the Tohono O’odham reservation, Vasavilbaso said.

The instructions on the board read, “If you need help, push the red button. Rescue personnel will arrive shortly to help you. Do not leave this area.” The illustration on the board shows a person walking up to the rescue beacon, pushing the red button, waiting, then being greeted by a rescuer holding out a bottle of water.

Once the red button is pushed, a signal is sent to the Border Patrol station and the agent closest to the rescue beacon is deployed. A camera near the top of the structure takes a still picture so that Border patrol agents can see if there is more than one person.

Seven of the 34 rescue beacons include a satellite phone that can be used to speak to a Border Agent directly.

A reflective spinner can be seen for miles during the day and a blue strobe light blinks brightly at night.

“The reason it’s blue is because there is nothing out in the desert that has that color,” Vasavilbaso said.

Despite the agency touting the life-saving capabilities of the beacons, some say they are deceptive.

Jeff Reinhardt, a spokesman for No More Deaths and a member of the group’s Desert Aid Working Group, said the rescue beacons are deceiving because nothing on the instruction board shows that they belong to the Border Patrol.

“They have a picture of someone bringing water, so people could think that they press the red button and someone is going to bring them water,” Reinhardt said. “They have no idea that they’re calling the Border Patrol and they’ll get arrested.”

Border Patrol officials also work closely with consulates and non-governmental agencies in other countries to spread the word of the rescue beacons.

A pamphlet in Spanish filled with pictures of actual rescues and with the instructions featured on the rescue beacons also has been distributed to these entities, Vasavilbaso said.

The cover of the pamphlet includes two phrases in Spanish: “RESCATE. No ponga en riesgo su vida,” and “La Luz Azul de Vida.” Which mean, “RESCUE. Don’t put your life at risk,” and “The Blue Light of Life,” respectively.

“We are always giving the message of the blue light of hope,” Vasavilbaso said. “It just breaks your heart how the smugglers are so heartless that they just abandon people out there. None of us want to come across a body, and we have many many times.”