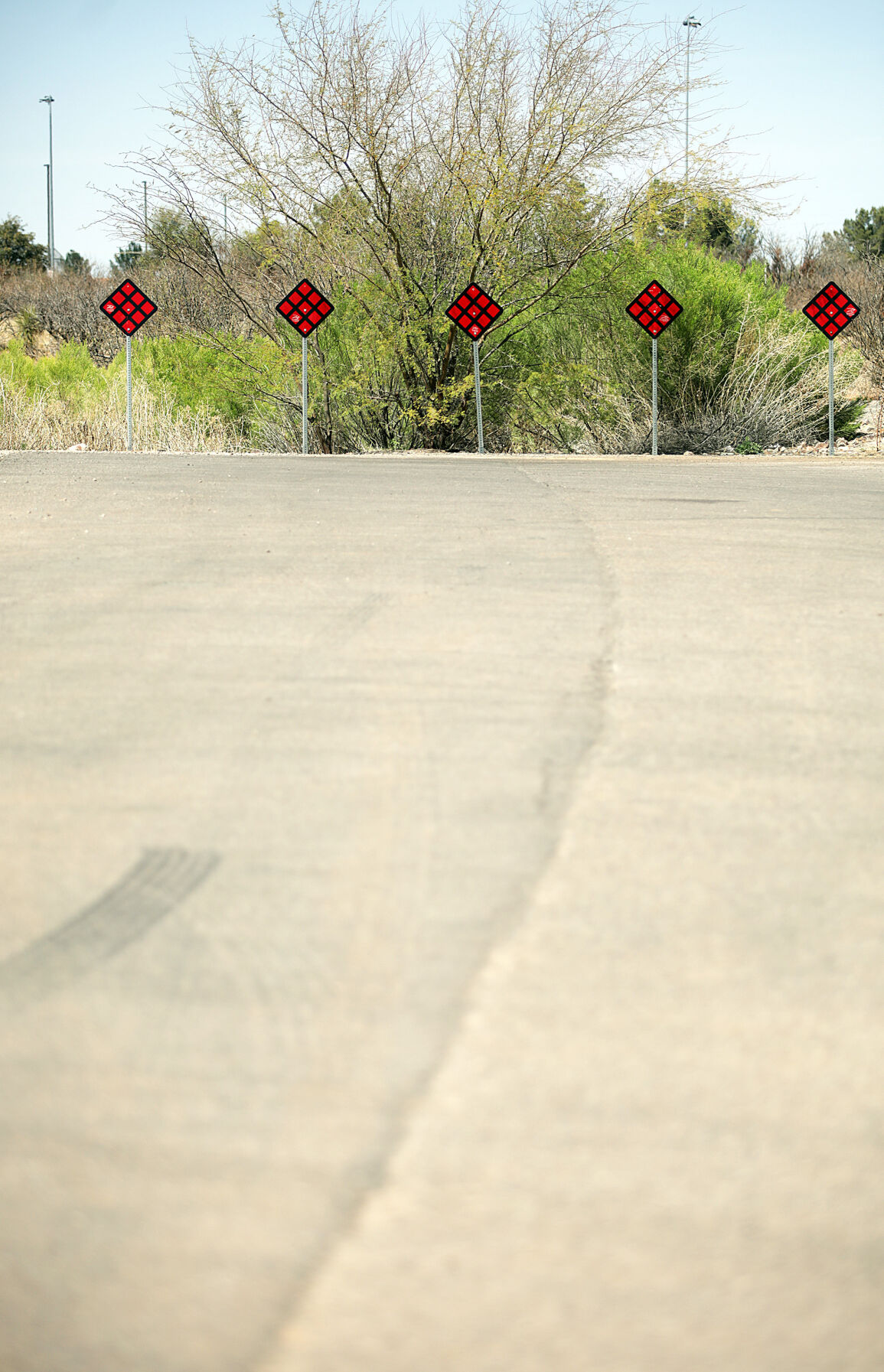 The city of Sierra Vista has several capital plan improvements around town. Avenida Escuela will be lengthened to run across a portion of desert to the Domingo Paiz Sports Complex. The facility’s lights can be seen in the background. 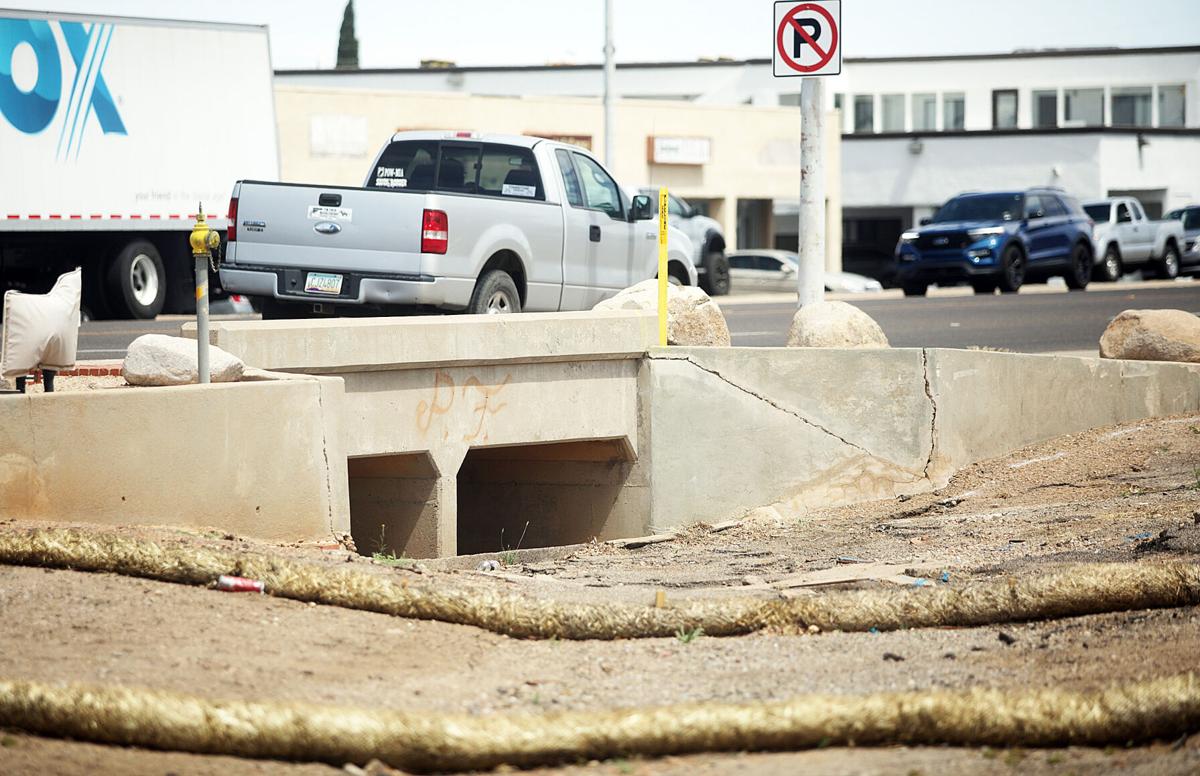 A drainage system will be renovated at the corner of Fab Avenue and Fry Boulevard. 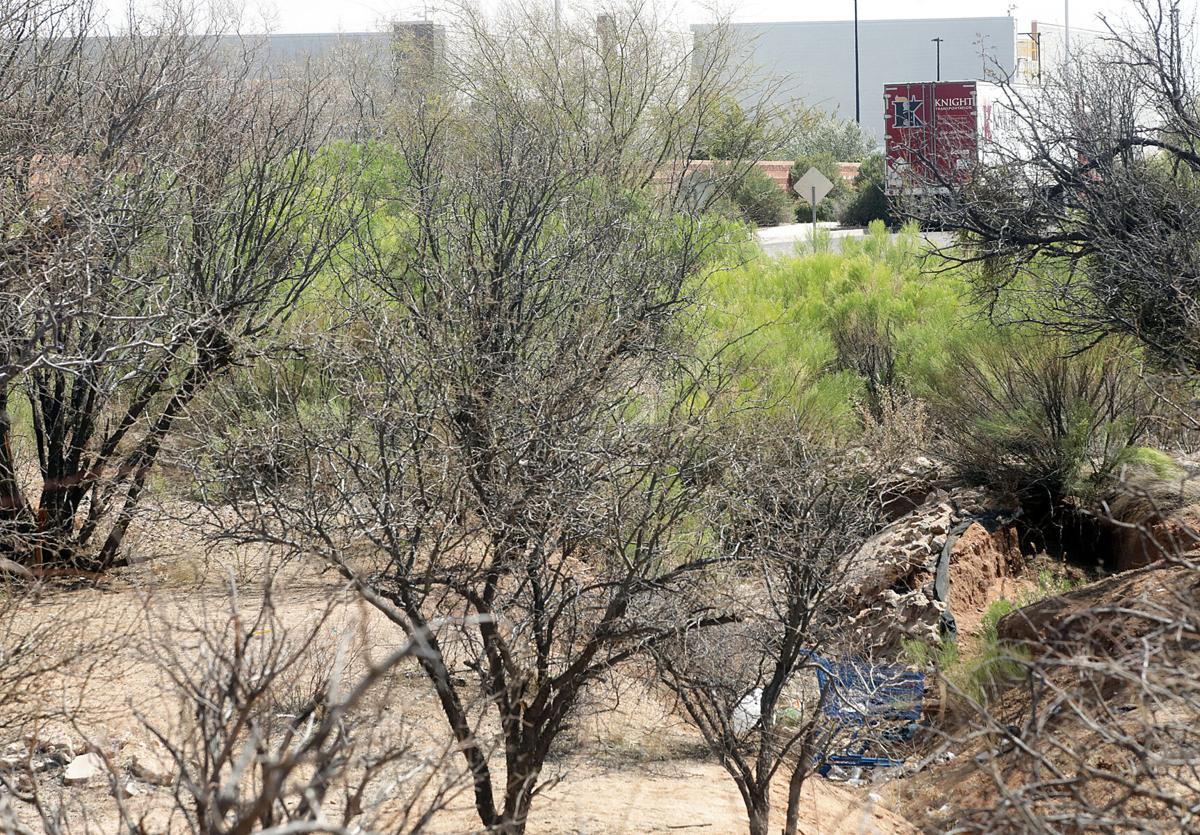 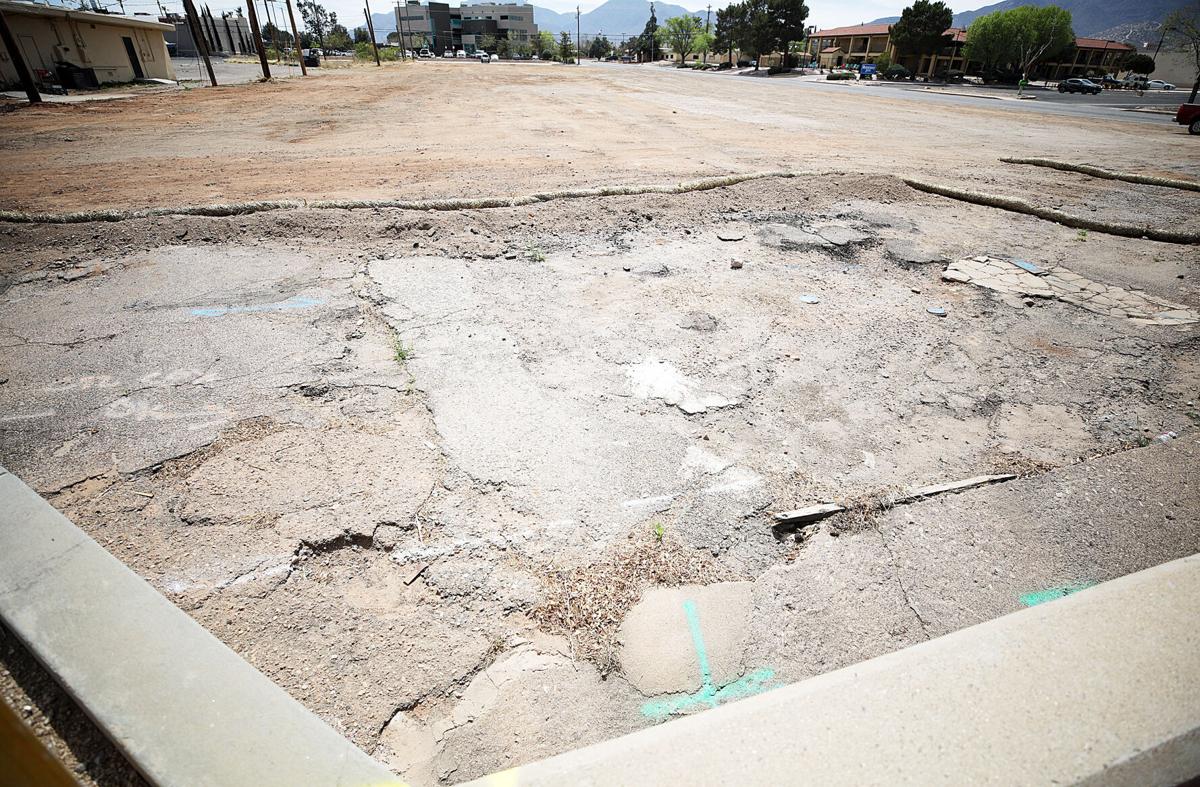 The property recently cleared at the corner of Fry Boulevard and Fab Avenue will have a rebuilt drainage system installed.

The city of Sierra Vista has several capital plan improvements around town. Avenida Escuela will be lengthened to run across a portion of desert to the Domingo Paiz Sports Complex. The facility’s lights can be seen in the background.

A drainage system will be renovated at the corner of Fab Avenue and Fry Boulevard.

The property recently cleared at the corner of Fry Boulevard and Fab Avenue will have a rebuilt drainage system installed.

SIERRA VISTA — In the first of a series of budget talks, the City Council on Tuesday discussed proposed capital improvements that are being requested for fiscal year 2021-22.

They include a handful of big-ticket items that would cost more than $1 million, such as the extension of Avenida Escuela behind Walmart, adding two miles to the city’s already existing system of multi-use paths and replacing 21 Crown Victoria patrol cars for the police department.

The municipality will have help paying for at least two of those projects, officials said at Tuesday’s work session.

At least one capital improvement request — $200,000 for the animal shelter expansion — elicited disagreement from one city councilwoman who said it was too much money to spend on the facility.

Councilman Gregory L. Johnson disagreed with Pacheco, saying, “I think there is a need and we need to fulfill it.”

As for the proposed expansion of Avenida Escuela, Deputy City Manager Victoria Yarbrough explained that the thoroughfare, which runs north and south from East Foothills Drive to just behind the Walmart store, will be extended to connect with the Domingo Paiz Sports Complex on East Tacoma Drive.

Walmart, however, is required to pay for half of that, or about $1 million. This is based on the development agreement Walmart worked out with the city before it was built in 2015. Deputy City Manager Victoria Yarbrough said Walmart built the portion of Avenida Escuela that’s directly behind the business.

The extension being requested now includes building a bridge and a culvert. The latter is necessary because there is a wash that runs along the desert area behind the store just south of the sports complex.

“The city and Walmart will split the cost of the bridge and culvert, and then the city will construct the rest of the road north from the bridge to connect to the sports complex,” Yarbrough said Tuesday in an email. “We expect to begin design in the next fiscal year and possibly construction, as well.”

Another mammoth project will include adding two miles to Sierra Vista’s already vast multi-use path network that rings and weaves through the city. It’s not yet clear where the path will be continued, but the $2 million price tag for building it will be funded by a federal grant, said Community Development Director Matt McLachlan.

“The grant will pay 80 percent of that,” McLachlan said. “The city pays the rest.”

Fixing the drainage situation on two adjacent parcels recently purchased by the city at Fry Boulevard and Fab Avenue in the West End is another capital improvement request. The land will be instrumental in the revamp of the West End, city officials have said. A small shopping center was recently razed on the land, but before the city can go any further with plans, the drainage issue must be improved. City officials have budgeted $30,000 to start.

Public Works Director Sharon Flissar said the city’s West End was mainly developed before the institution of stormwater controls in the city, and that includes the two connecting parcels at Fry and Fab. If there is a strong monsoon season this summer, runoff from the rain will flood the area, city officials said.

Yarbrough said the Fry Boulevard/Fab Avenue property drainage issue is included in a surface water master plan study that city officials budgeted for this year. The study is underway.

“The $30k is an estimate on just the possible drainage improvements after the study is finished,” Yarbrough said. “Once we know how much of the property is needed to address drainage issues, we can plan for the future use of the rest of the property.”

One of the carryover capital improvement requests from last year is a request to replace 21 Crown Victoria patrol cars for the Sierra Vista Police department. That is expected to cost about $1.5 million.