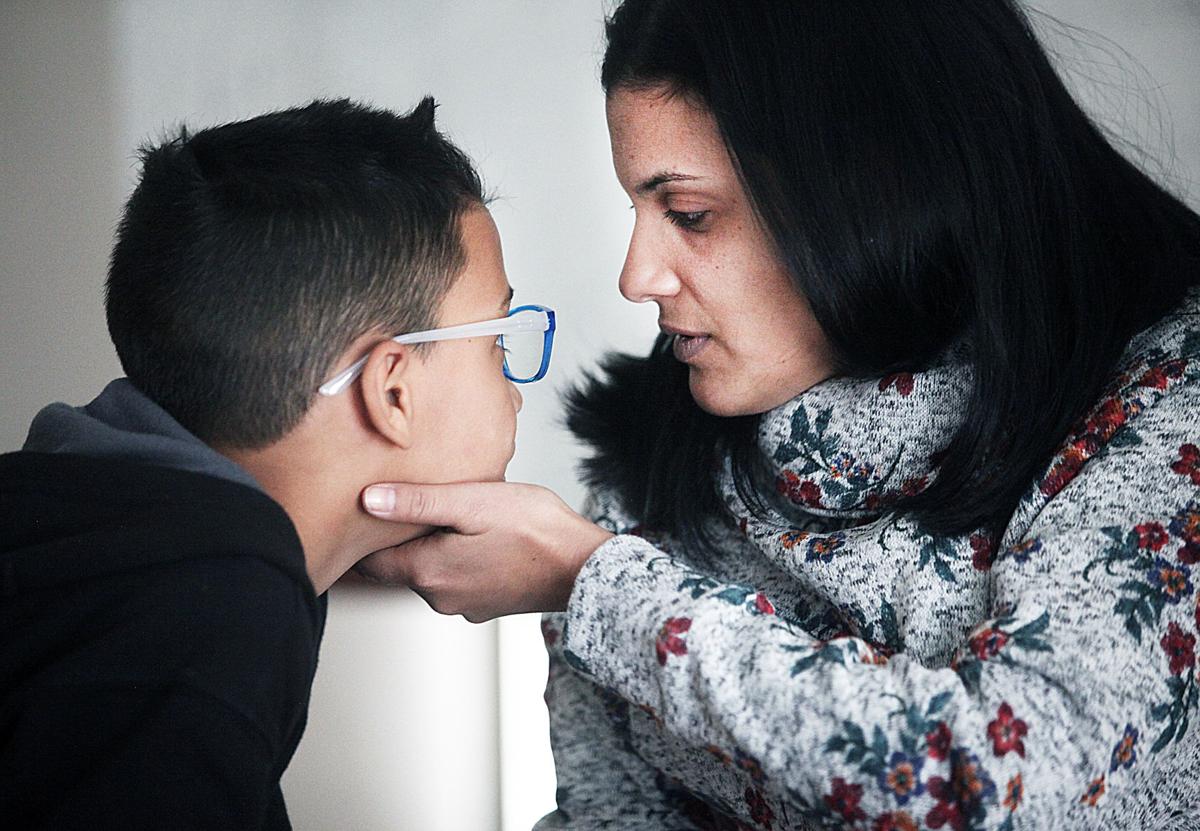 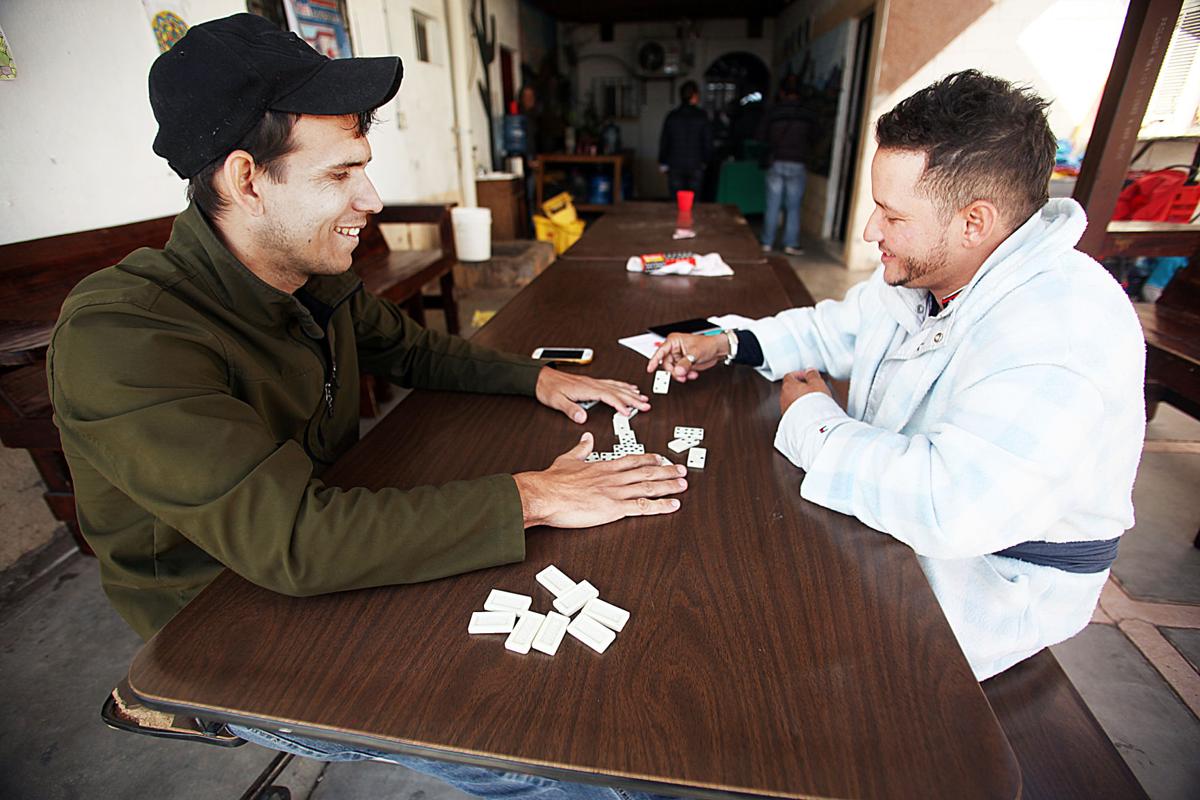 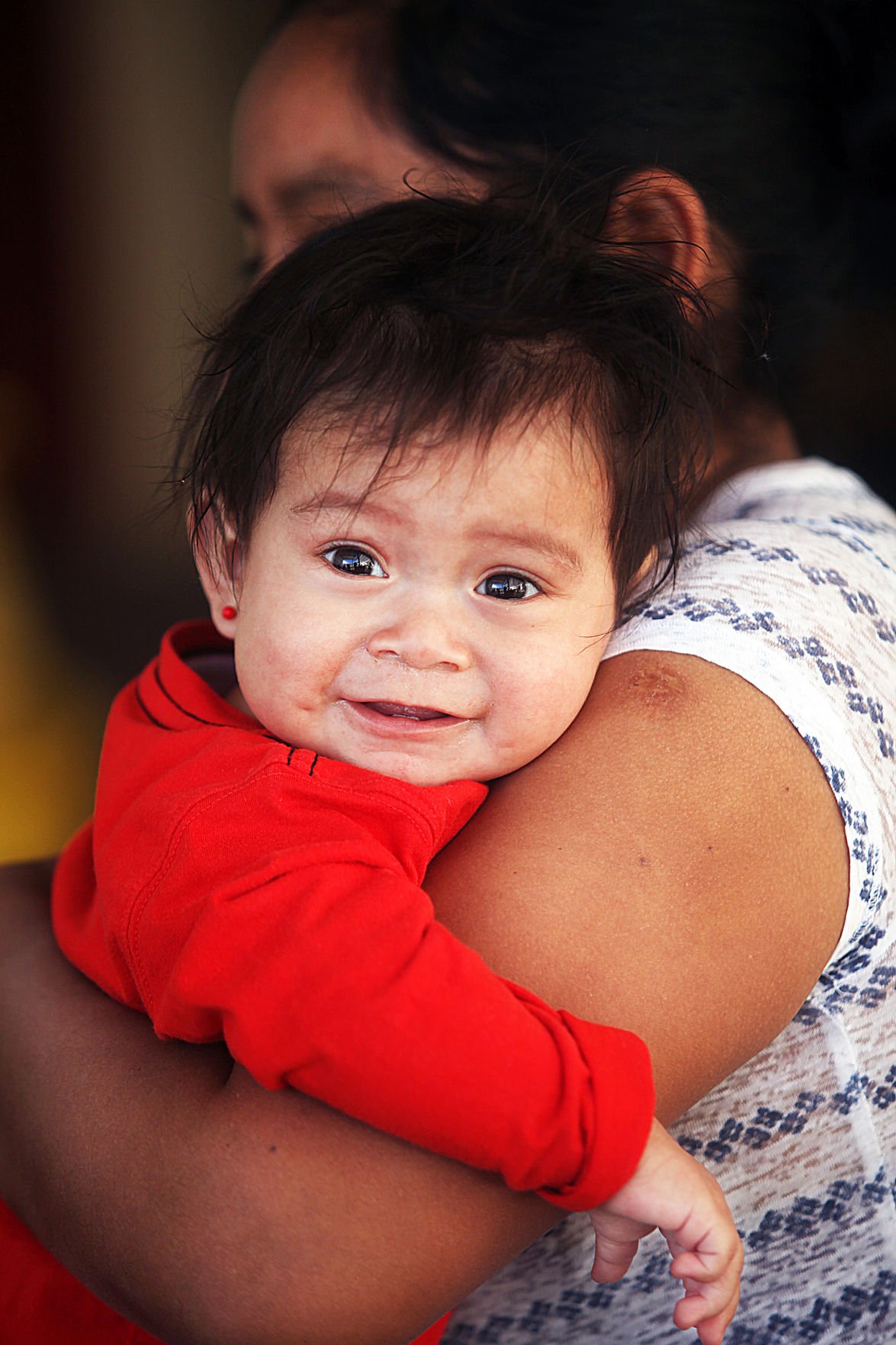 A Honduran baby and her mother are among several nationalities waiting for asylum in Agua Prieta, Mexico. 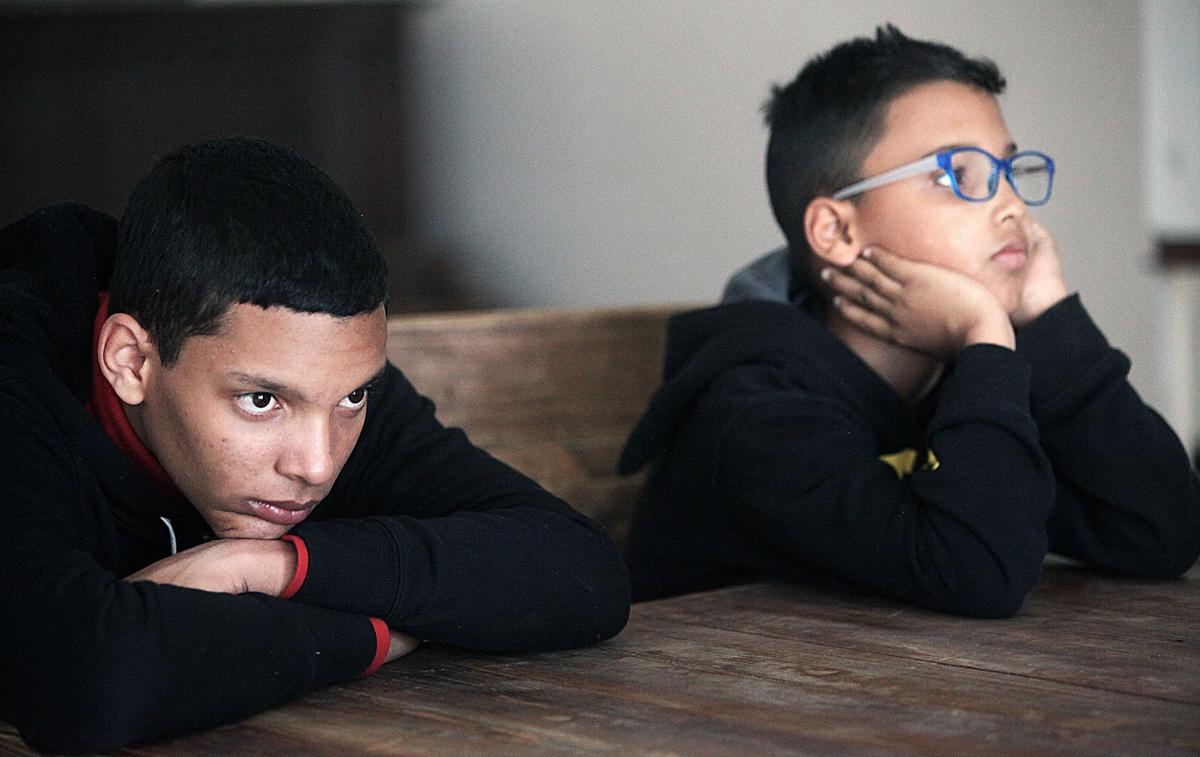 Brothers Johansel Martinez Trescano, 15, left, and Yohan Arce Trescano, 9, listen to their mother talk about their journey, which began in Cuba. 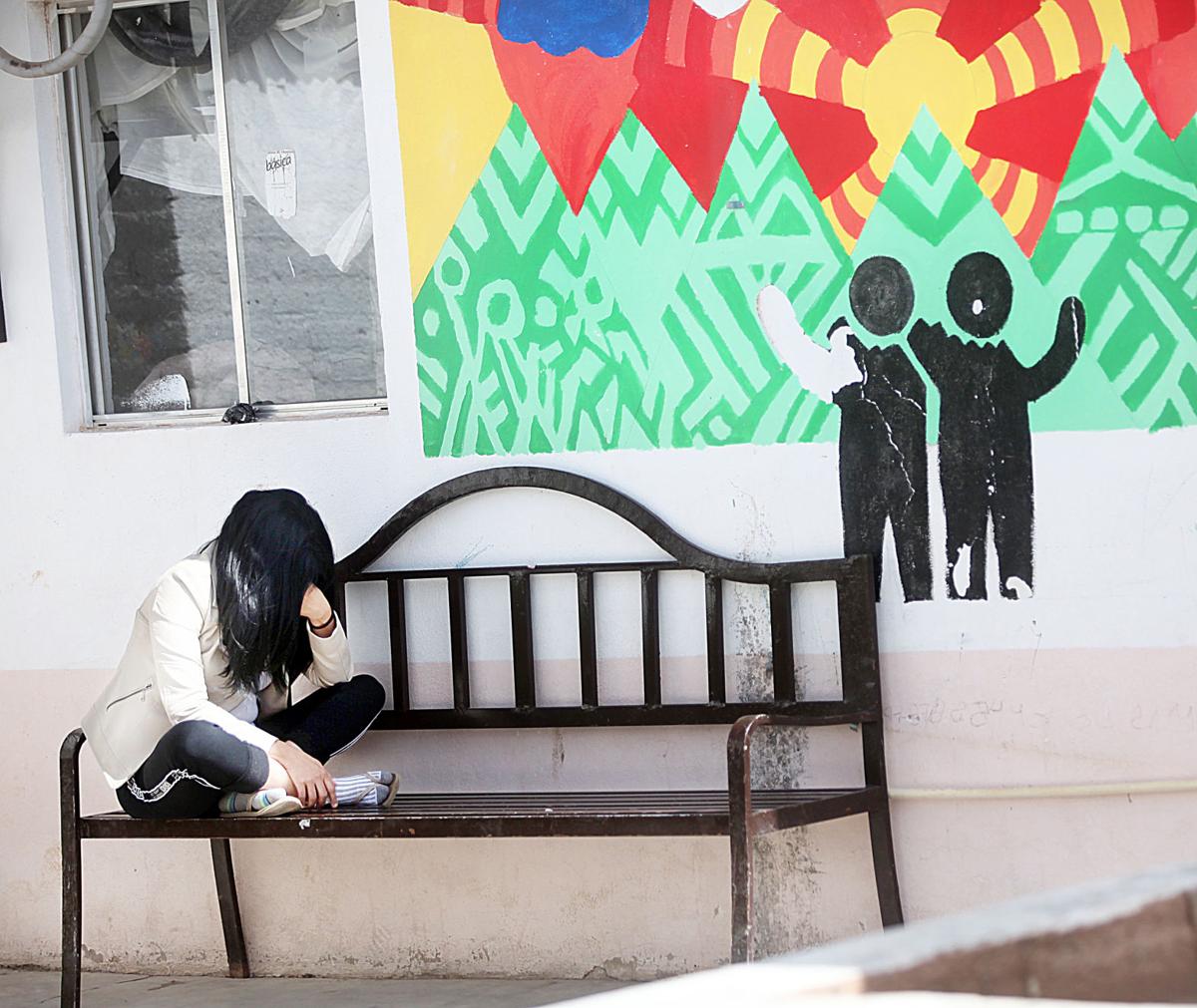 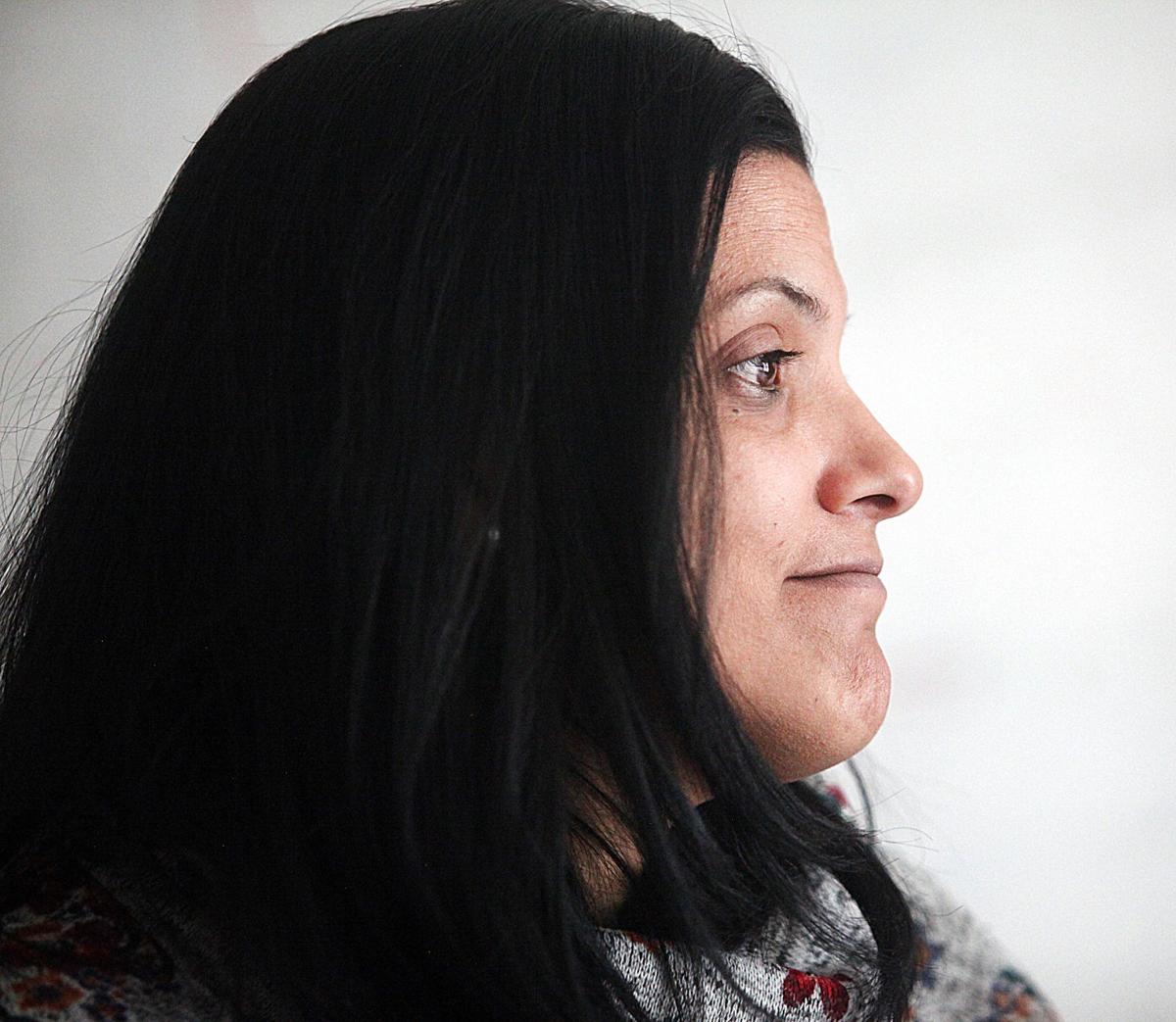 Yainolis Arce Martinez is a Cuban national seeking asylum in the United States. 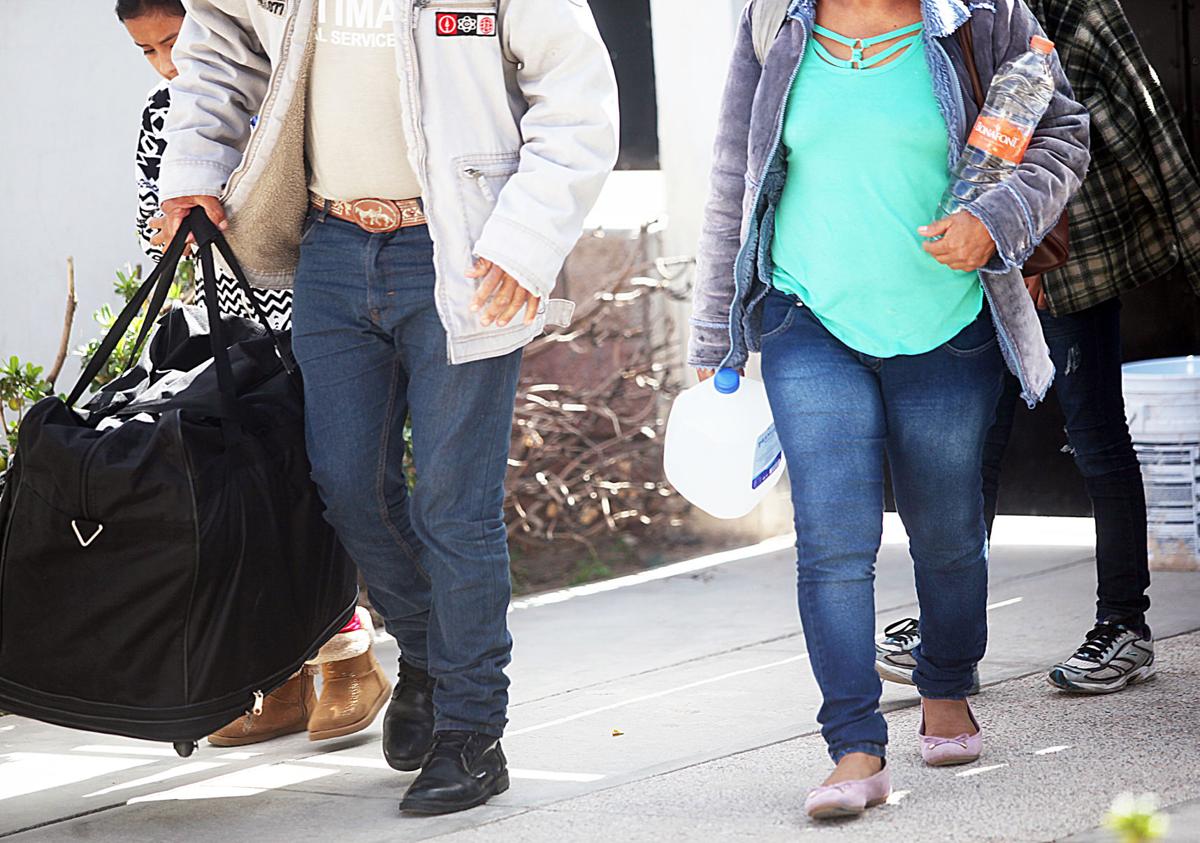 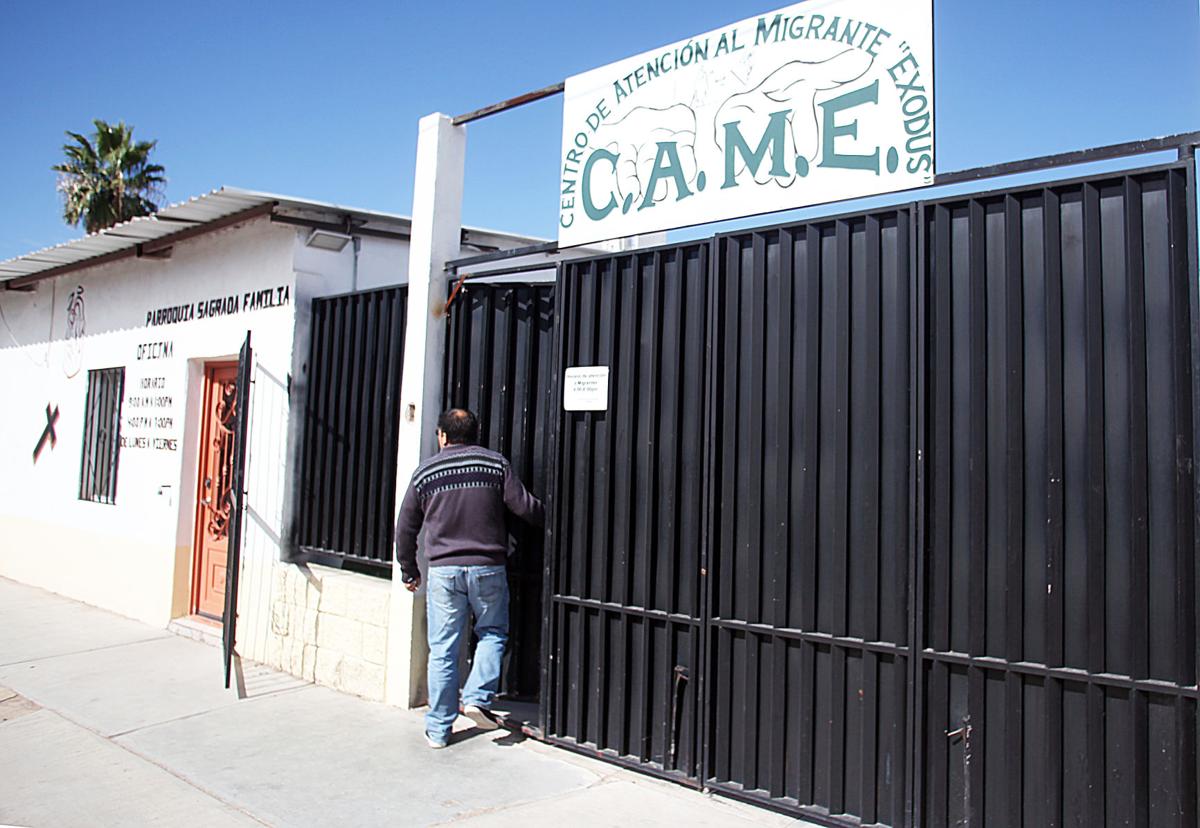 United States shelter officials state that 80 percent of migrants seeking asylum since August have been from Cuba.

A Honduran baby and her mother are among several nationalities waiting for asylum in Agua Prieta, Mexico.

Brothers Johansel Martinez Trescano, 15, left, and Yohan Arce Trescano, 9, listen to their mother talk about their journey, which began in Cuba.

Yainolis Arce Martinez is a Cuban national seeking asylum in the United States.

United States shelter officials state that 80 percent of migrants seeking asylum since August have been from Cuba.

AGUA PRIETA, Sonora — In the last two months, Cubans bolting from the island nation have been flocking to a migrant shelter at the Southern Arizona border with Mexico, making up the majority of the undocumented people crammed into the facility who are seeking asylum in the United States.

Beto Ramos, director of Centro de Atención al Migrante Exodus (Center of Attention for the Migrant in Exodus) says that since August, 80 percent of the people taking up the 44 beds in the facility have been from Cuba.

“They are coming in from all parts of Mexico,” Ramos said in Spanish. “We were getting people from Mexico and Central America, which is common. But all of a sudden, since August, our majority has been from Cuba.”

He said many of those Cubans arriving at the doorstep of the shelter on Avenida Anahuac in the old section of Agua Prieta, are between the ages of 20 and 35, young people disillusioned with the communist dictatorship they were born into in the Caribbean’s largest country.

Cuba has been a communist country since January 1959 when Fidel Castro and his band of “barbudos” — the bearded ones — descended upon Havana from the Sierra Maestra mountains and overthrew the government of then-president Fulgencio Batista.

Over the last six decades, thousands upon thousands of Cubans have fled the island, many settling in nearby Miami, which now has a massive Cuban-American population.

The three Cubans interviewed by the Herald/Review for this article echoed each other’s sentiments: “Disagree with the ‘program’ or the party line, and your life becomes a living hell.”

Ramos said he soon expects a wave of migrants from Venezuela, a country of 32 million people on the northern coast of South America, for the same reasons.

For now, though, there are Cubans at the migrant shelter and at a tent pitched up against a concrete wall at the border with Douglas in front of the port of entry. The tent, which holds about 20 people, is the dismal way station where migrants who have already been through the shelter and have been guided through the asylum-seeking process by Ramos and other organizations that aid them — such as Frontera de Cristo in Douglas — wait to be called so they can be taken to Tucson to begin their asylum journey in the land of opportunity.

On a recent chilly morning at the migrant shelter, there were only a handful of Cubans in the sunny courtyard trying to stay warm. Two men, Yohan Hidalgo and Elio Pena, were engrossed in a game of dominoes. The other, a dark-haired, vivacious 32-year-old named Yanelis Arce Martinez, was walking around with her two sons.

Arce, like most Cubans, is not used to cool temperatures. Her sons are 9 and 15. The 9-year-old is cheerful and inquisitive, sporting blue glasses. The teenger, however, is sullen. He wants to go back to Cuba, where he left friends and relatives behind.

Arce looks over at her boys and says they will never return to Cuba.

“I had to trick them,” she says. “I told them were were going on vacation.”

Arce said she left her city of birth, Havana, six months ago. She, her husband and the two children flew to Cancun and made their way to Agua Prieta via several other cities in Mexico, with the help of a friend. The entire family had visas, she said.

Their exit from Cuba was not forced by politics, but by economics, Arce said. Her husband, Yohan Tresanco Alvarez, 42, had a job at the airport. He also sold cars on the side, an enterprise that was frowned upon by the Cuban government.

The situation began getting tight for Arce and Tresanco. Police showed up at their home unannounced and barged in to search their house. They suspected the family was hiding something, Arce said.

“The last time they came in to search was this past March. We could not take it. We left in April,” Arce said.

She said she cries almost daily, thinking of what she left behind.

“I never thought I was going to leave my country, my people,” Arce said, her eyes filling with tears. “What is happening in Cuba is a shame.

“But I want my children to grow up in a better place. There is nothing for them in Cuba. Everyday it gets worse and worse.”

Arce said she and her family hope to land in Nebraska, where a first cousin she was raised with in Cuba is waiting for her “with open arms.”

“I hope to get a job there and get established and we’ll see what happens,” she said.

A few feet from where Arce and her sons, Johansel and Yohan, were sitting, 30-year-old Yohan Hidalgo and 35-year-old Elio Pena were staring intensely at the dominoes in front of them. The game is wildly popular in Cuba and most of the Caribbean.

Hidalgo, who hails from the city of Camaguey in central Cuba, has been in Mexico for seven months. He said he flew to Panama, then made his way to Honduras and finally Mexico.

He said the government was punishing him constantly after he expressed displeasure with the regime. He was a student of psychology at the university and was yanked from the program and sent to work at a farm. He is well-educated and well-spoken.

Like Arce and her husband, Hidalgo’s house was invaded by police. Because he had already made his feelings about the communist government known, Hidalgo was arrested and incarcerated for three days because police wanted to prevent him from participating in an anti-government event they had heard about.

“They repeatedly told me, ‘One day we’re going to catch you doing something and you’ll never see the light of day again,’ “ Hidalgo said.

He said an aunt who had left the island for Spain had saved some money and sent him enough for a plane ticket to Honduras. Hidalgo said he left Camaguey somewhat undercover and considers his exit from Cuba “an escape.”

“My plan is to end up in Tampa, where my sister lives,” Hidalgo said. “I will get a job doing whatever. I just want to work and make my own way.”

His domino partner, Pena, from Artemisa, Cuba, was wrapped in a white, blanket-like jumpsuit. Pena worked in the investigations division of a technology concern. Like Hidalgo, he is educated and held a good position within his company.

One day he was offered a chance to officially join the communist party as an official and he balked at the offer.

“It was an insult to them,” he said. “They said that my rebuff was unacceptable. They tried to convince me a couple of times in meetings with people from the communist party. Finally, I had one meeting that really scared me. They told me I was in deep trouble. They said they considered my attitude to be political.”

In short order, Pena was fired and his access to the internet at his residence was denied.

“That’s when I started thinking that I had to get out of there,” Pena said.

He applied for a scholarship — a type of visa — to leave the country and finally got it. He left the island, but had to leave his wife and newborn son behind. This past summer, though, he was able to return to Cuba and arrange for his wife and son — now 3 years old — to also get out. He also has a 9-year-old daughter with a former wife. He has now been in Mexico for two months.

His mother, who has remained in Cuba, faces no danger from police or the government, but Pena said she is snubbed by others in her neighborhood because of his exit.

Pena’s plan is to live in Miami, also with a cousin. He is not quite sure when his wife and toddler will join him, though.

Neither Arce, nor Hidalgo nor Pena, if given a choice, would have left Cuba. But all three agreed they could no longer stay in a country with no freedom.

“(What the government has promised us over the years), it’s the great lie,” Arce said, grimacing.