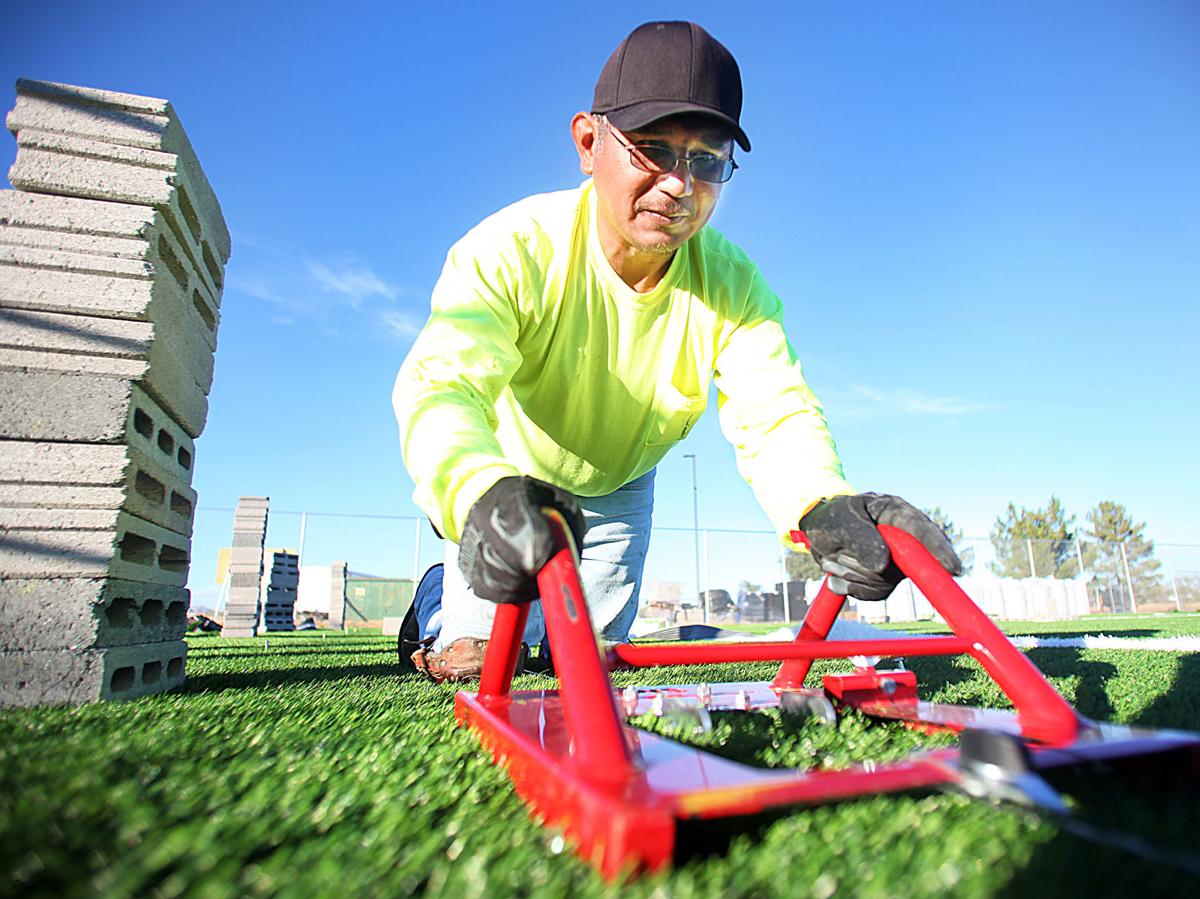 Hellas Contractors employee Jose Martinez cuts the artificial turf being installed for the new Domingo Paiz soccer fields Thursday. The new fields are part of the improvements the city is making. 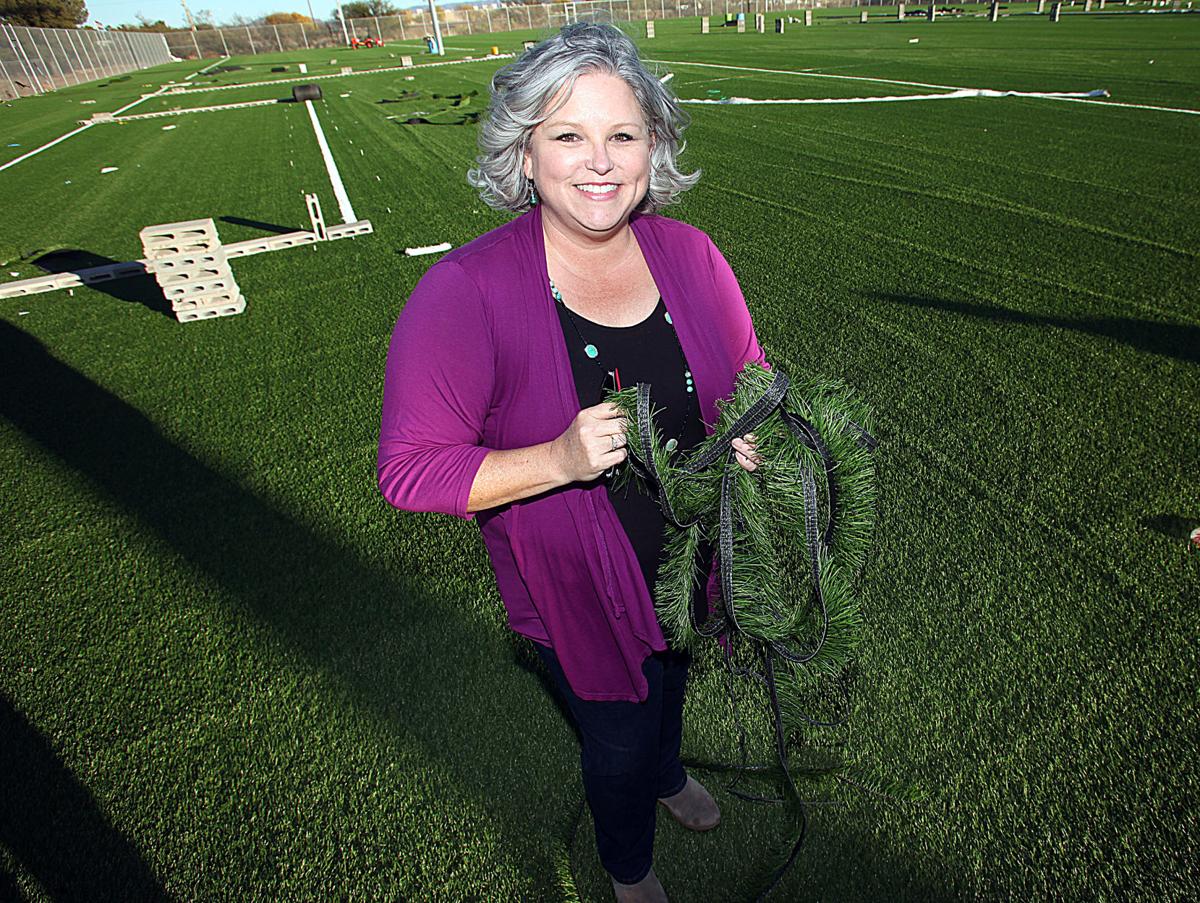 Hellas Contractors employee Jose Martinez cuts the artificial turf being installed for the new Domingo Paiz soccer fields Thursday. The new fields are part of the improvements the city is making.

SIERRA VISTA — The city is lighting the way and marching toward a more efficient future as projects in a $14 million energy upgrade plan are beginning to wrap up, officials said this week.

“For a project of this magnitude, I would say we’re over halfway done,” said Laura Wilson, director of the city’s Leisure and Library Services.

The “project” is a huge undertaking that Sierra Vista launched just over a year ago when it contracted with Schneider Electric. The goal is to provide LED fixtures for the interior/exterior of city facilities, at a lower cost to the municipality, officials have said.

Deputy City Manager Victoria Yarbrough told City Council members during a meeting this summer that the city would save about 22 percent in building utility costs with the upgrades.

The completion of the entire project is slated for March 2020. A website the city established this fall shows which projects have been done, which are still underway, and a timeline. According to the website, 13 city facilities will be outfitted with interior and exterior LED lighting. Of those, six have been completed, the website shows.

The interior/exterior lighting projects should be done by the end of January, the website timeline shows. Other projects include HVAC (heating, ventilation and air conditioning) replacements and software that allows the city to monitor energy usage in its buildings.

There are some pricier projects that are focused more on revenue generation rather than energy savings, Yarbrough has said, such as LED lighting and artificial turf in some of the sports complexes, replacing the wave machine at The Cove and electrical upgrades at Veterans Memorial Park.

Wilson and Schneider Electric Account Executive Brandon Woodward, said lighting at the Domingo Paiz Sports Complex and the Cyr Center Park Soccer Complex are “100 percent done.” The installation of artificial turf at Domingo Paiz also is ahead of schedule, according to Wilson and Woodward.

According to the website, the process is a lot more complex than it might sound. “The field is currently going through a process of subgrade compaction to allow for drainage to be built under the turf field.

Laser technology is being utilized to ensure a flat field. Clean rock will be added over the perforated collector drains which act as French drains that catch water through the holes of the pipes. Rebar is being installed at the perimeter and will be used as an anchoring point for the artificial turf to attach to.”

“The turf (Domingo Paiz) should be done at the end of the month,” Wilson said.

The turf at Cyr meanwhile, should be done by March and the LED lighting at Stone Field — a multi-use complex — is almost done and will include “lighting everything along the perimeter,” Wilson said.

The money for the upgrades comes from “bonding through the Municipal Property Corp.,” City Manager Chuck Potucek said in February. The bonds are sales tax-based, he said. The $14.8 million price tag for the multiple projects is a 10-year loan at 2.48 percent, city officials have said. Yarbrough told council members that the city can pay off the loan in seven years without getting penalized.

While March is the targeted end date for the project, the public will be able to see some of the energy upgrades before that, Wilson said.

“We’re going to have a celebration with the community in January,” Wilson said. “It will be a like an open house so that the community can see the soccer fields.”