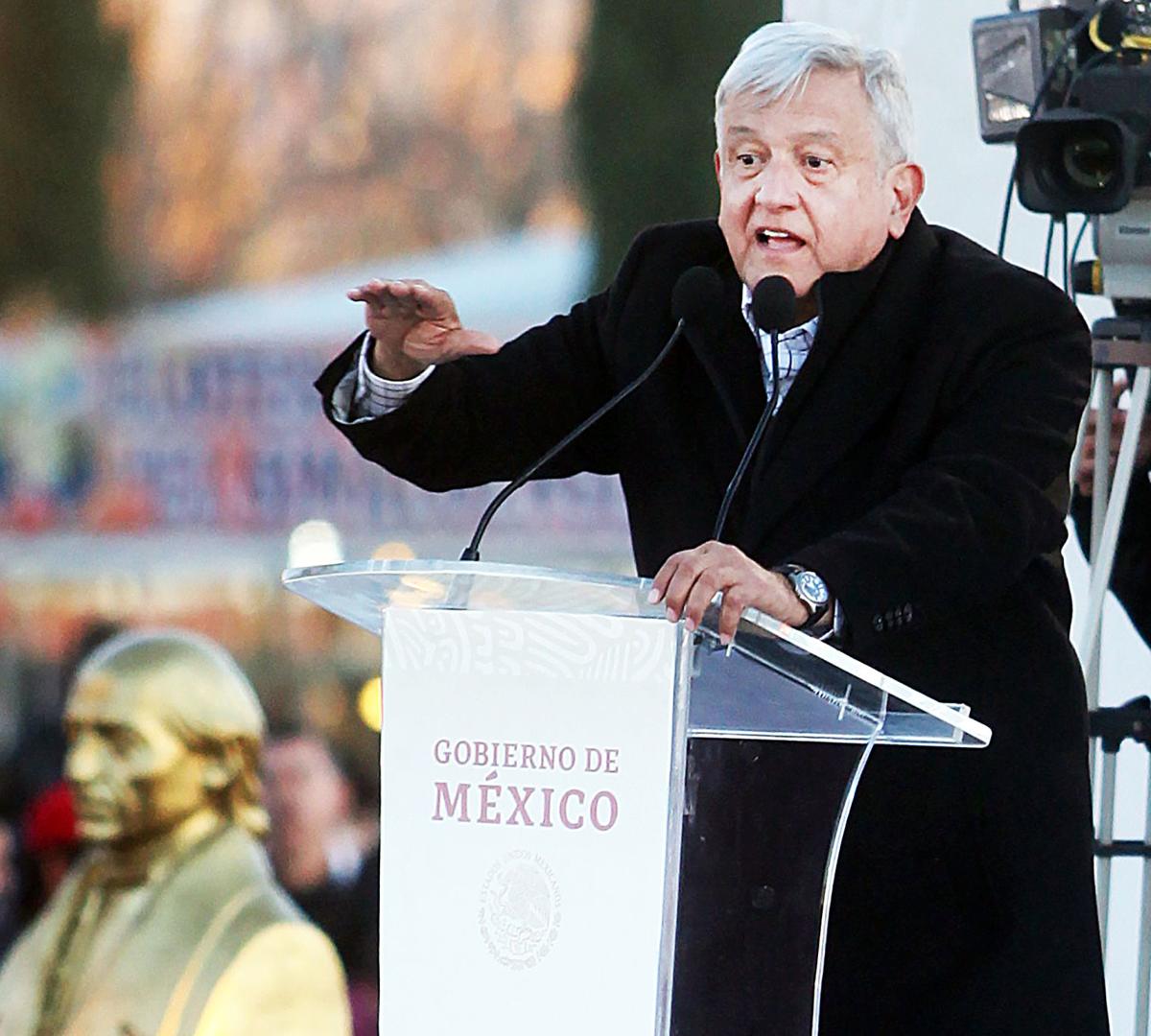 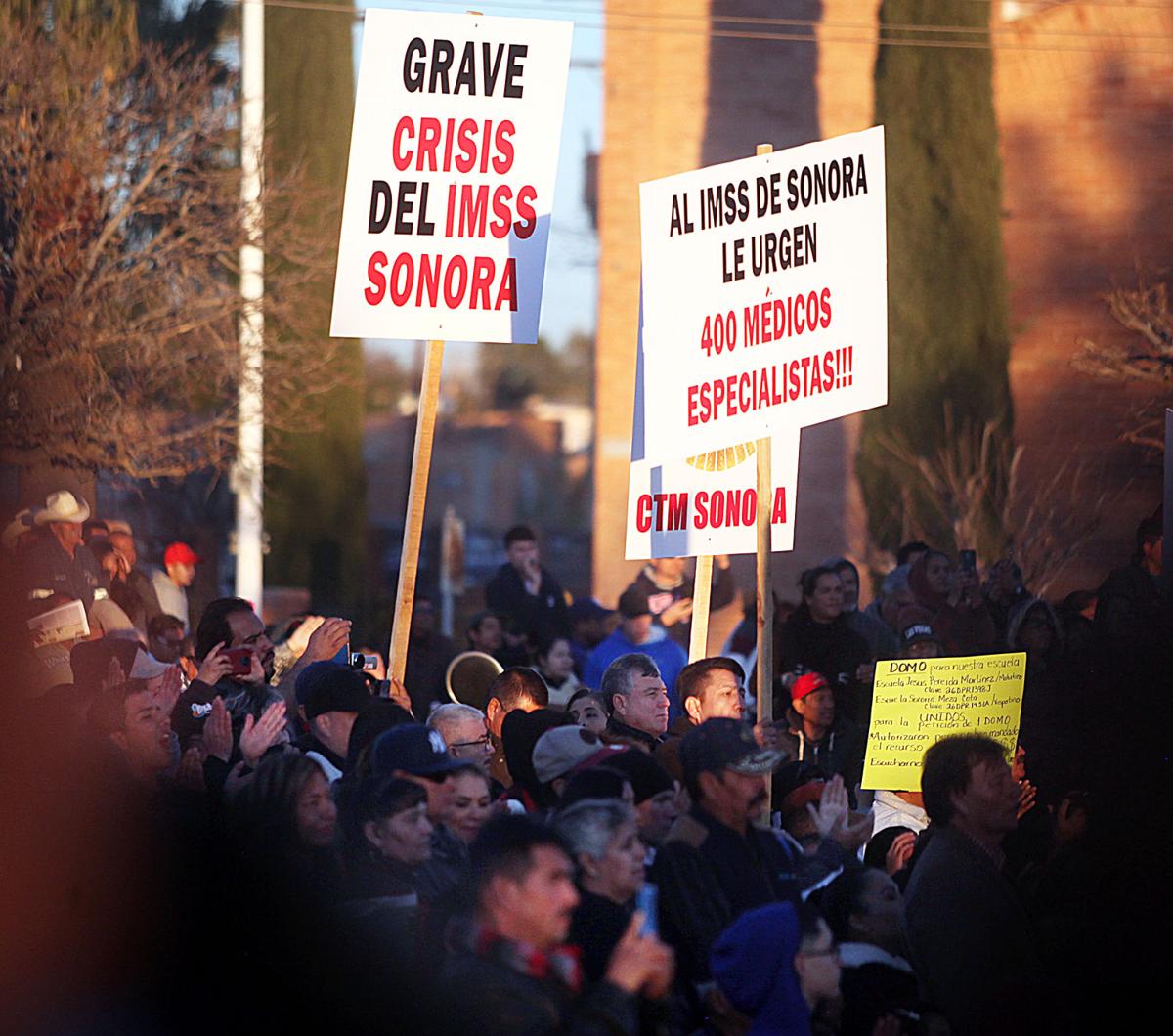 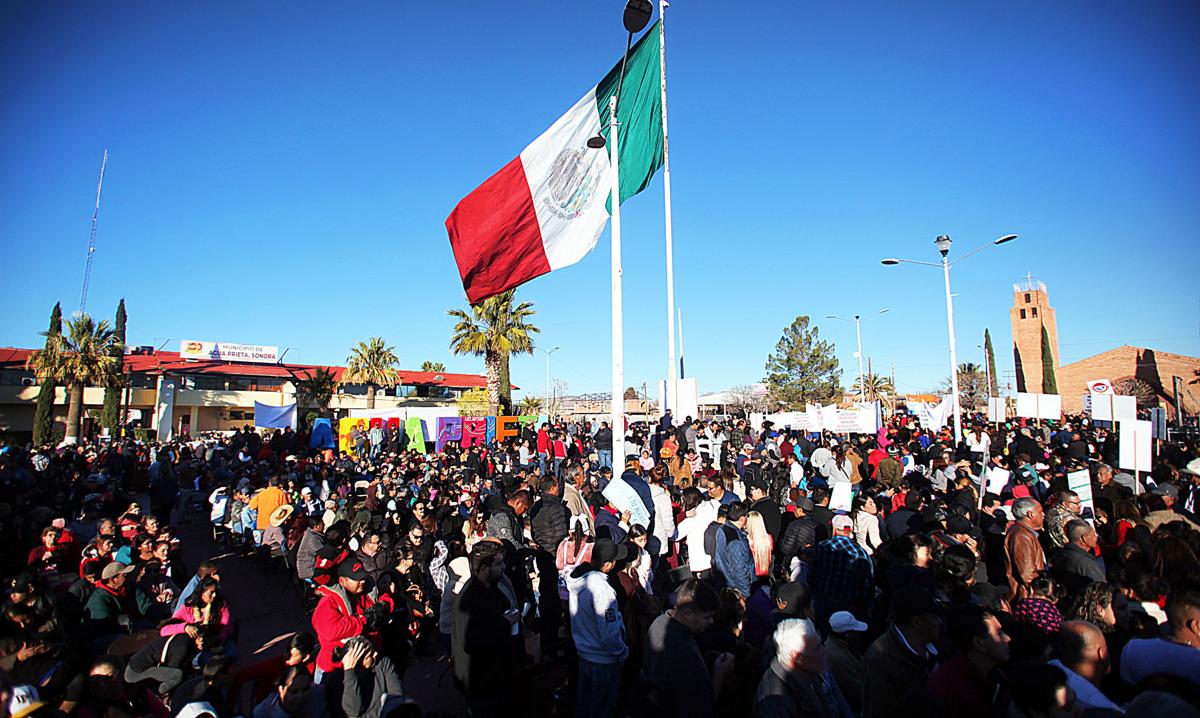 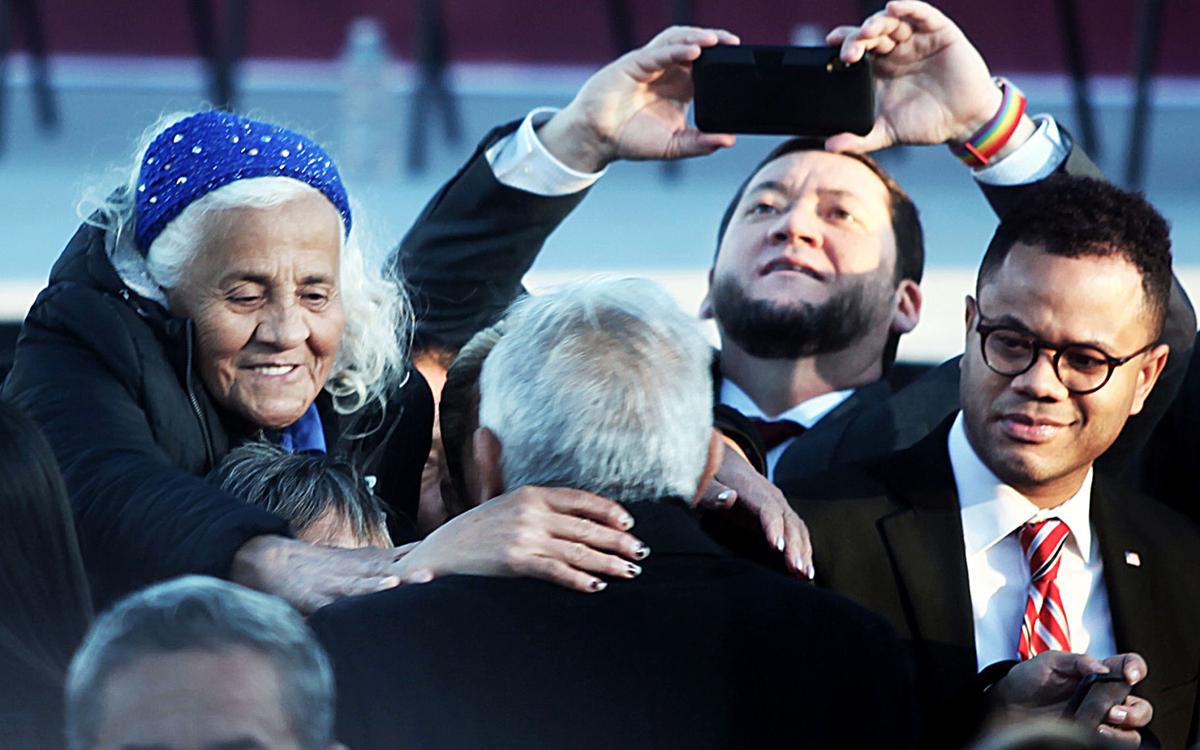 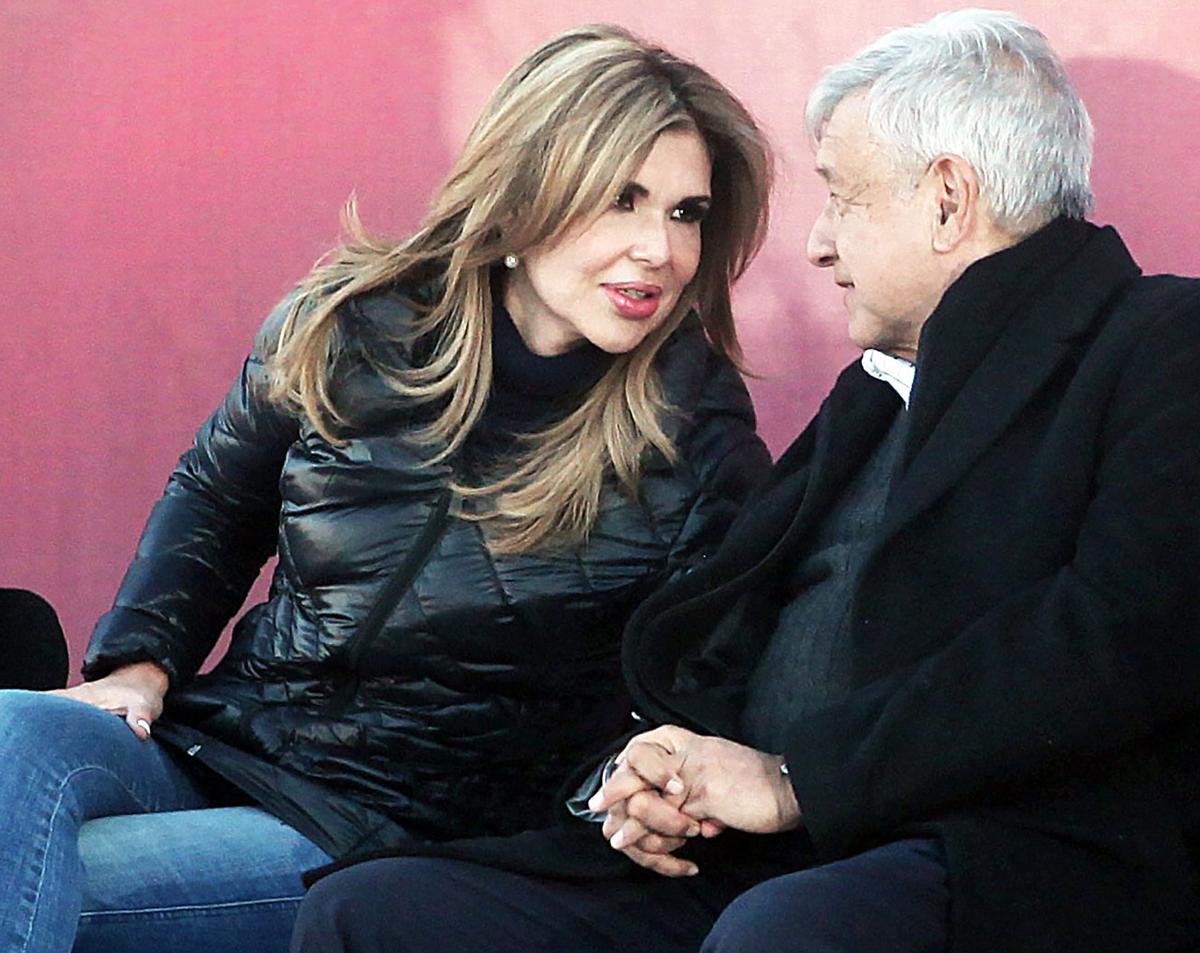 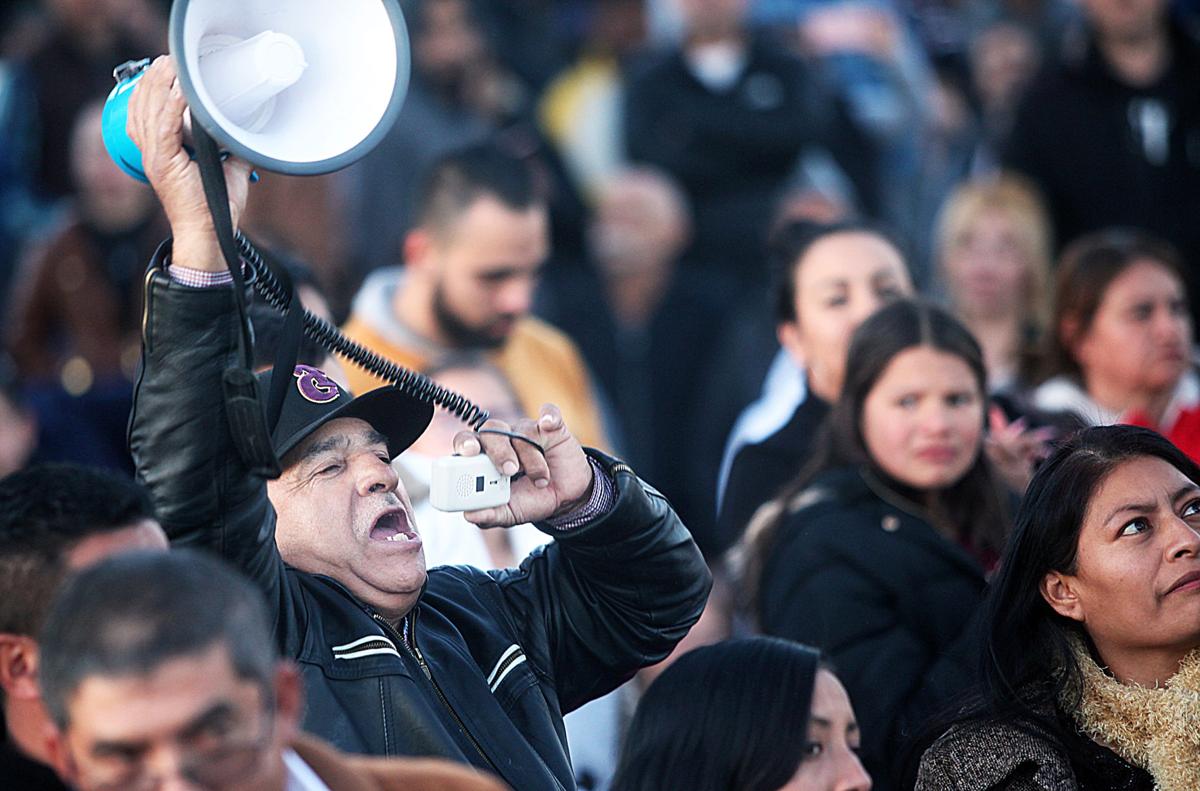 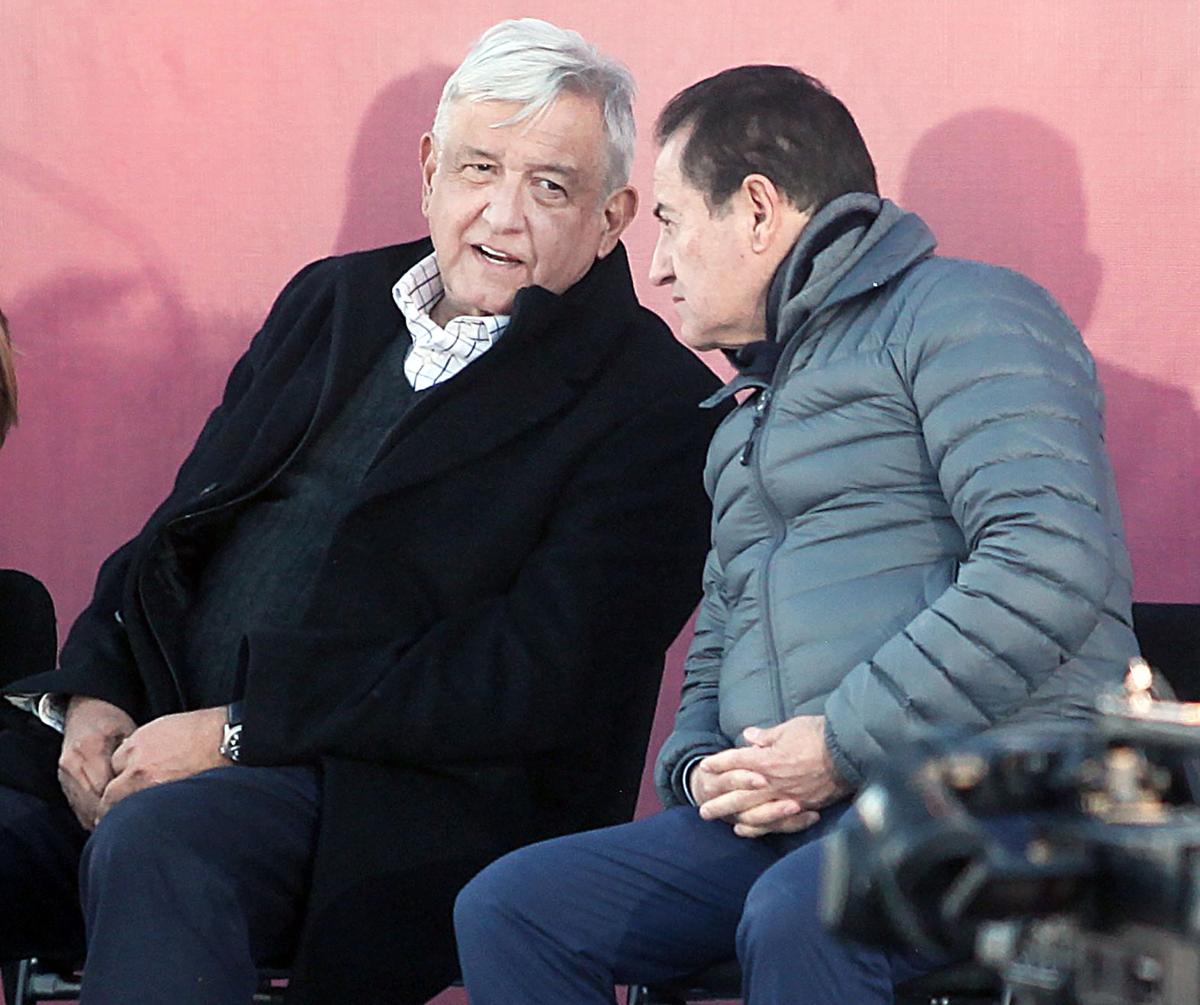 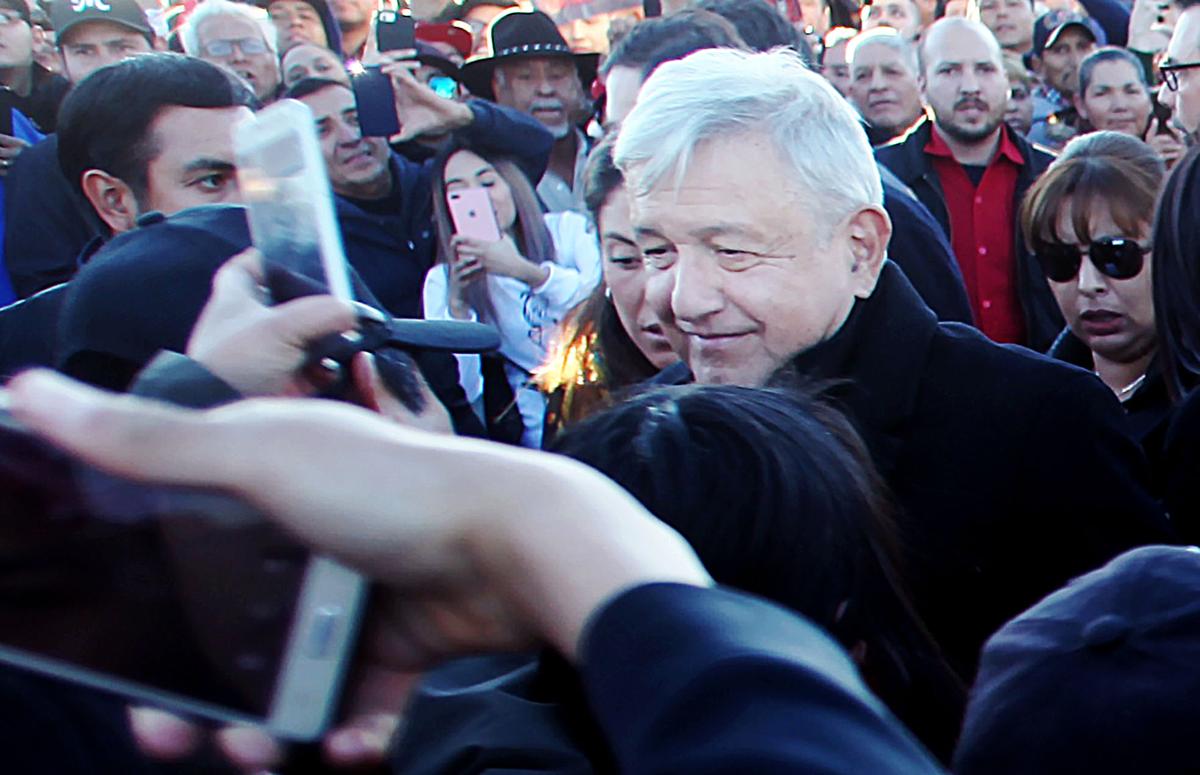 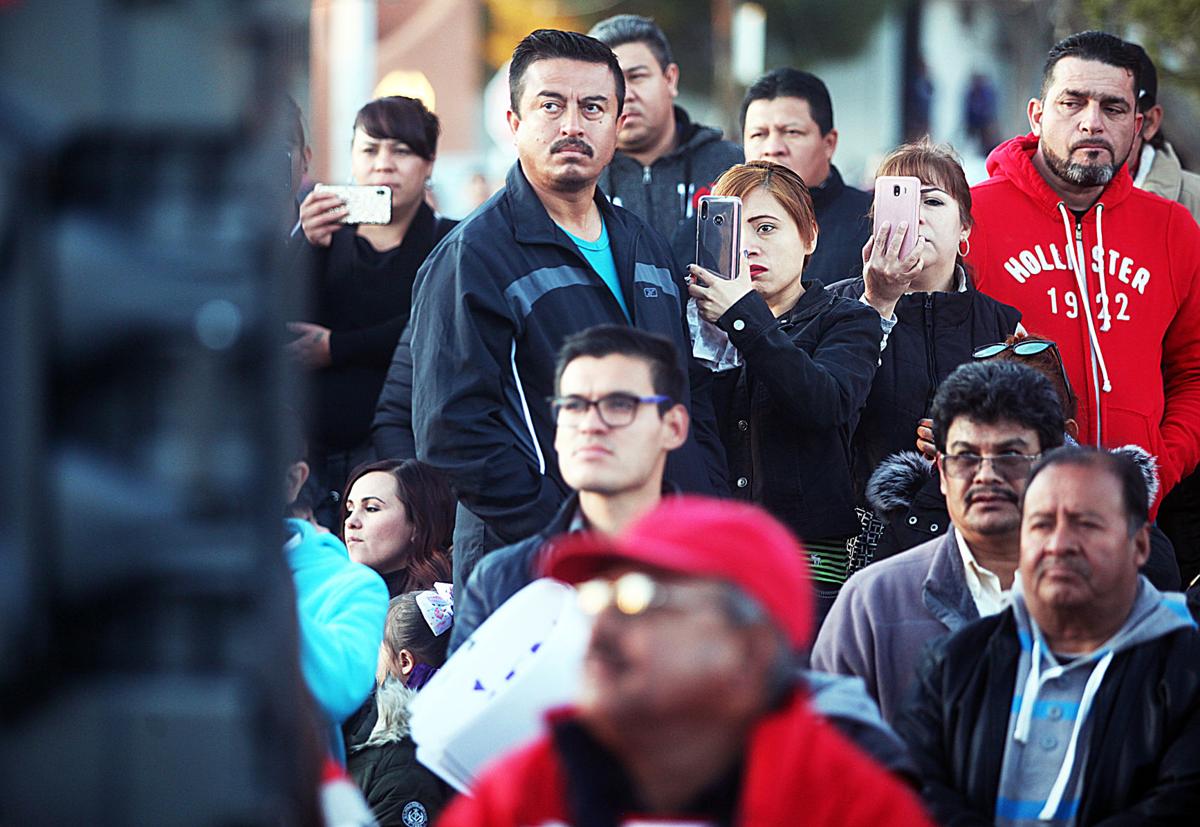 AGUA PRIETA — After pressing through a thick crowd where he shook hands with people, hugged them and stopped to make quick conversation, Mexican President Andrès Manuel Lopèz Obrador took the stage at a popular park and told the throng before him that the days of corruption and impunity for those who commit violent crimes are over in the country.

Dressed in a black mid-length coat, white shirt and black pants to stave off the chilly weather that fell over Agua Prieta Saturday afternoon, Lopèz Obrador — known by his initials AMLO — made the crowd of approximately 4,500 people laugh when he told them that it was time to move the elephant that had been left behind by the previous administration. The elephant was described as crime, corruption, politicians living in luxury, low wages for workers and high gasoline prices, among other issues.

The white-haired Lopèz Obrador, who joked about his hair color, saying the daily stressors of political life made it that way, told the crowd that he stopped in Agua Prieta to give them information about the plans of his year-old administration.

The setting was fitting, held in the historic Plaza Plan de Agua Prieta, where a massive Mexican flag flew over the attendees. The plaza’s name comes from the Plan of Agua Prieta, a manifesto, or plan, drawn up by three Mexican Revolution generals who declared their revolt against the government of then-President Venustiano Carranza in 1920.

But there was no booing, interruptions or signs of revolt Saturday as Lopèz Obrador began speaking just after his arrival at about 5 p.m.

The 66-year-old president, however, described as a leftist from the MORENA (National Regeneration Movement) Party he helped found, did not touch upon Mexico-U.S. border issues, or the continual violence propagated by the drug cartels.

The president’s trek began Friday in Chihuahua. Saturday, he stopped in Agua Prieta and Sunday he planned to travel to La Mora and Bavispe, the settlement where a large Mormon family whose members were ambushed and killed in November by drug cartels lived. He mentioned the killings only at the end of his 45-minute speech.

Lopèz Obrador spoke mainly about drastic changes made within the government that are aimed at cutting back on some of the high-living and high-spending practices enjoyed by politicians.

“We need an austere government, a government without luxuries,” he said. “Humility is power. Power gains virtue when it serves the people.”

He also mentioned that the people at the top echelons of Mexican government would no longer earn more money than the president. Lopèz Obrador said he cut his salary to just less than half of what former Mexican President Enrique Pena Nieto was paid.

“I no longer have bodyguards,” he said to loud applause. “The president can be protected by the people. Whoever is just does not need to be afraid of anything.”

Lopèz Obrador said he no longer has a presidential plane, either.

“It is for sale in California,” he said to applause.

He arrived at the event in a black sport utility vehicle and said the rest of his traveling would be by car.

“You cannot have a rich government and a poor people,” he said.

State of Sonora Gov. Claudia Pavlovich, who sat next to Lopèz Obrador on stage, spoke before him and took advantage of the moment to ask the president for a few necessities, among them a new road between Agua Prieta and Bavispe where they were headed Sunday.

Pavlovich also requested an emergency clinic for Agua Prieta and services to protect the poorer populations of the state from the extreme temperatures of summer and winter.

“Here in Sonora state, we love you and respect you,” Pavlovich said at the end of her brief talk.

While many cheered and hailed the president’s words, there were a few in the crowd who carried placards calling attention to their causes, such as the workers’ union and “The grave crisis of the IMSS.’” The latter is a government organization that assists public health, dispenses pensions to retirees and healthcare — which in Mexico is called Social Security — to working class individuals, children and stay-at-home housewives.

The president agreed with Pavlovich that the only way he would be able to see the deterioration of a road is to travel by car and not by plane or helicopter. On his Twitter page Sunday, Lopèz Obrador, traveling to La Mora and Bavispe with Pavlovich and others by car along the bad road Pavlovich had mentioned, got a flat tire. In three videos on Twitter, the president described the rest of his road trip.

Before he embarked on that journey he told the crowd Saturday that he was going to La Mora and Bavispe to see the survivors of the Mormon family.

“I want to offer my condolences where that horrible tragedy occurred and to tell the families of the mothers and the children who died what we are doing and that there will be justice,” Lopèz Obrador said. “Now, whoever commits a crime will pay. No matter who they are.”