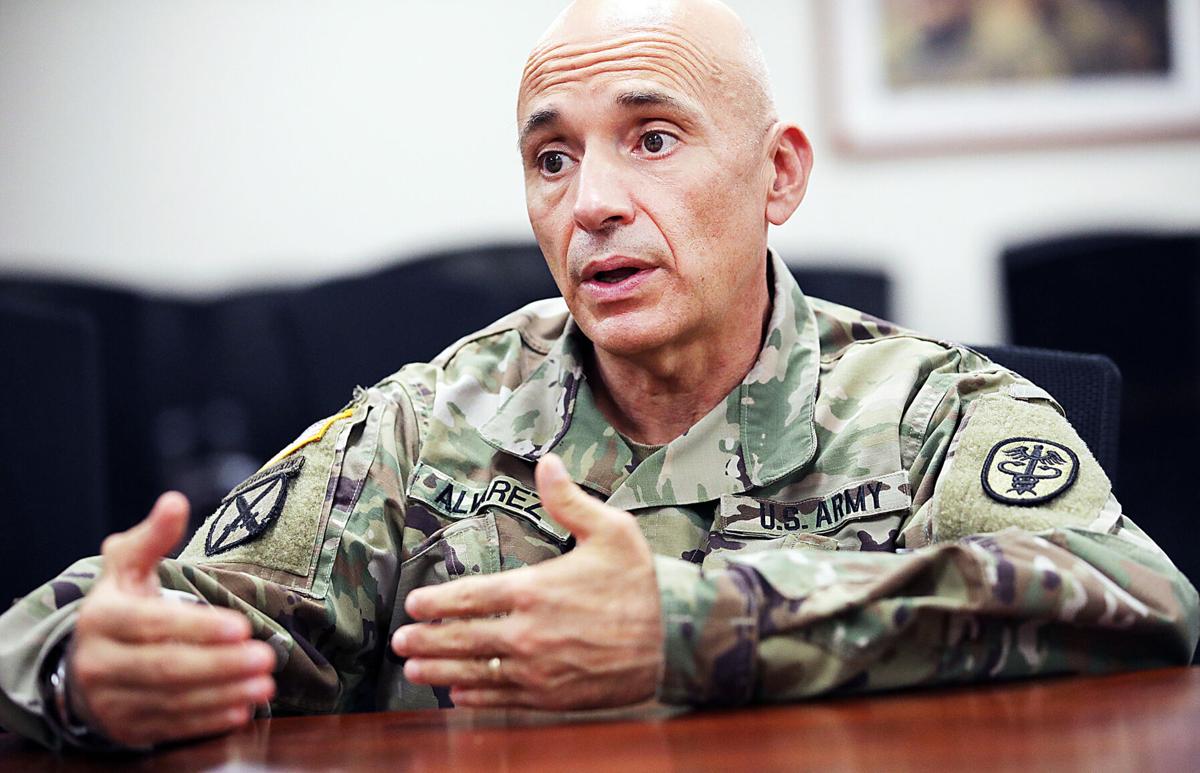 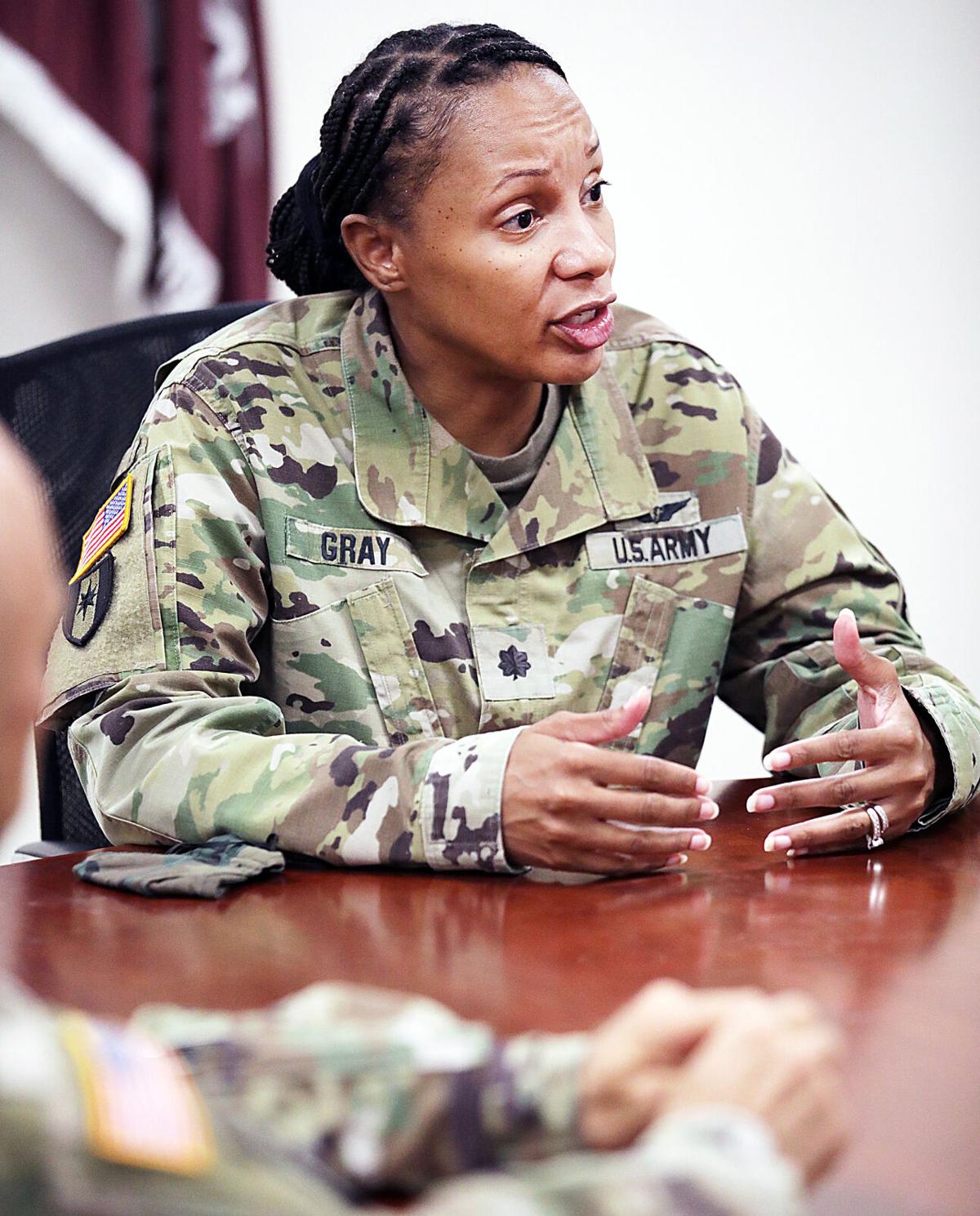 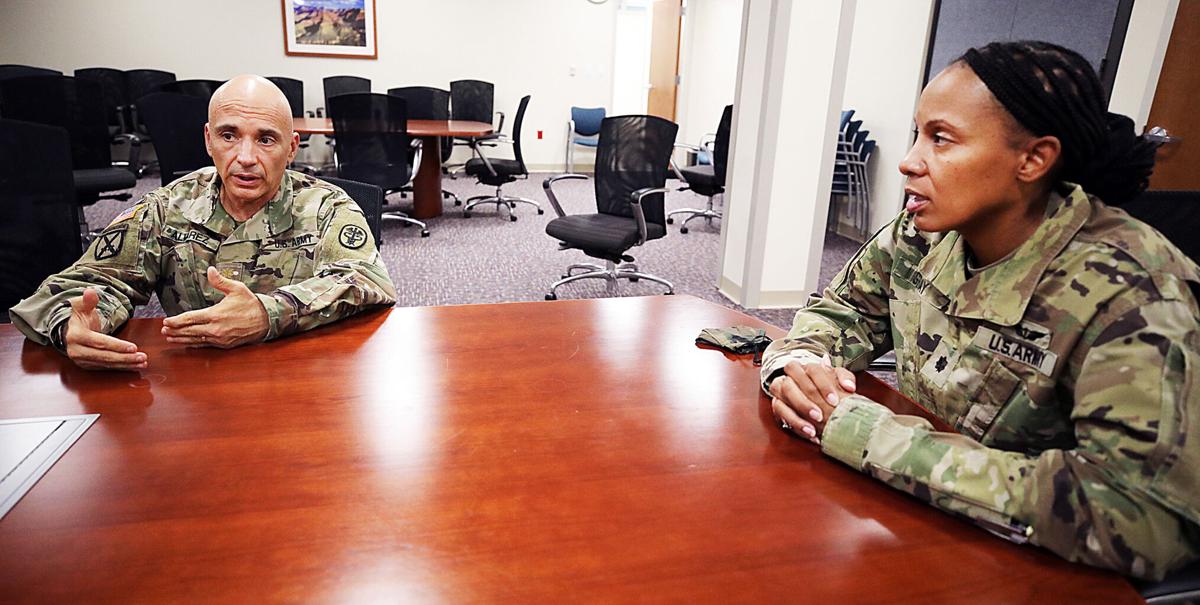 It’s hard to miss these three words written in giant, black letters across a stark white banner at the Buffalo Soldier entrance of Fort Huachuca.

September is Suicide Prevention Month. But suicide is also an ever-present topic at this installation. Not because it’s happening regularly, but because leaders here want to make sure that anyone who’s thinking about it doesn’t go through with it.

According to the most recent Annual Suicide Report FY 2018 published by the Department of Defense’s Under Secretary of Defense for Personnel and Readiness, suicides in the military have risen over the last five years, especially among active duty members. Of the four branches of the military listed in the report — Army, Navy, Air Force and Marines — the number of suicides were highest in the Army.

While the Army has always been concerned about suicide among its troops, the issue has become more of a focal point over the last few years as the stigmas associated with mental health and asking for help in times of despair have eased, especially in the military.

Indeed, officials at Fort Huachuca want their soldiers, civilians and retired military to know that there is help at the installation if they need it.

“Suicide is one of the top issues right now in our Army that we’re trying to get after,” said Brigadier General Tony Hale, the new commander at Fort Huachuca.

Hale even touched briefly on the issue in his Labor Day Safety Message where he said in part: “Keep each other safe and accountable. Don’t drink and drive and check in with your battle buddies. Our top priority is to preserve human life — we must be conscious of those in our social circles who may be silently suffering from thoughts of suicide.”

The issue of watching out for signs of depression or withdrawal in soldiers and civilians on post — particularly during the pandemic — was also discussed frequently at the Fort Huachuca Facebook Live COVID-19 Town Hall sessions by the former commander of the installation, Lt. Gen. Laura Potter.

Recently, Fort Huachuca brought on a new suicide prevention manager in Joanne Prince. The position, said spokeswoman Angela Camara, is not a new one for either the Army or the post.

“Joanne works with partners across the installation, such as the Behavioral Health team at Raymond W. Bliss Army Health Center, to implement the Army’s Suicide Prevention Program to reduce suicidal behaviors through awareness and education and to dispel the myths and stigma surrounding seeking help for difficult adult life issues,” Camara said.

Prince is featured in a “Fort Report” video on Fort Huachuca’s Facebook page where she expanded on her duties, saying that she is involved in prevention.

“I’m focused on the gatekeepers and those gatekeepers are first and foremost with the people who need the assistance,” Prince said in the video. “So, your drill sergeants, your chaplains, your cadre, your MPs. They’re the ones who are going to be the first responders to an attempt, an ideation, or even a completion and we want to make sure that we’re providing them with the training and the skills to do that.”

While Prince focuses on the gatekeepers, Leta Myers, the clinical director of the Substance Use Disorder Clinic within the Behavioral Health Services Unit at Raymond W. Bliss, speaks directly to the soldiers, family members, and retired service members in the community who are contemplating suicide.

“Suicide is as individual as the individual,” says Myers, a clinical social worker. “This installation has the resources needed to assist mental health issues that arise.”

Myers said the two most prevalent topics people discuss when they call are relationships and substance abuse.

A 13-year veteran at Fort Huachuca, Myers said the leaders at the post have worked hard to erase the stigma attached to mental health issues and asking for help.

“If you need help, there is nothing wrong with that,” Myers said.

Suicide stand downReinforcing that statement, Prince said the installation will have suicide prevention activities throughout the year.

“Because even though September is Suicide Prevention Month, we are focused on suicide prevention the entire year,” she said.

One of the activities planned at Fort Huachuca, and across the Army on Sept. 27, is Suicide Stand Down Day.

Lt. Col. Wendy Gray, commander of the Raymond W. Bliss Army Health Center at the post, said that will be a day filled with group discussions at the installation concerning suicide, what to do about it, how to prevent it and not being afraid to come forward and asking for help.

“Each unit will have a day where you can sit down and discuss across the board all the challenges you have with suicide,” Gray said last week at the health facility.

“Whether it’s the stigma we’ve talked about, how to keep an eye out on your battle buddy, to know if they’re showing signs, if something has changed or something is different. How to have those conversations.”

“One of the things I tell the team is to be positively intrusive,” Gray added. “They’ll tell you I ask a lot of questions. If I know you well, I’ll know when something isn’t right. We just want to have those conversations.”

Gray and Major Alfonso Alvarez, director of Behavioral Health Services at Raymond W. Bliss, talked about the training and resources that are available at Fort Huachuca to help the troops, their families, retired service members, and civilians.

Alvarez said different groups at Fort Huachuca are coming together and discussing the problem and coming up with more initiatives, more information, more awareness and more connectedness.

“We are looking at the issues that are behind suicide and trying to help the troops that way,” he said.

Gray said the onset of the pandemic compounded for soldiers the challenges of being away from home, family and friends. Additionally, a lot of venues on Army installations across the U.S. and overseas, where soldiers and their families congregate to relax and enjoy time off, were shut down.

“Being away from family or when you’re feeling isolated from people, you go into a shell,” Gray explained. “So sometimes if you’ve had issues in the past with depression or suicidal ideations or suicide attempts, it sort of gives you an option or an opportunity to follow through with some of those.”

Gray and Alvarez said soldiers are taught about suicide and resiliency in the face of failure in early training. Many of the troops come into the military straight from home and the majority do not have life experiences, or have not faced any significant challenges.

Gray said the fact that senior leaders in the Army have come forward over the last few years and revealed that they too have issues and need help has set the example for younger soldiers who were afraid that if they did the same, their military careers would be jeopardized.

“I think that when it comes down to asking for help, I think rank has been less of an issue,” Alvarez said. “Senior leaders have come forward.”

The availability of more mental health resources also has begun to help soldiers realize that asking for assistance or getting that assistance for a “battle buddy” is encouraged in the Army and at Fort Huachuca, Alvarez said.

“They (soldiers) they feel more comfortable,” Alvarez said. “They’re also more able to engage their soldiers and encourage them to attend to behavioral health. It’s communication and encouragement.”

And being familiar with soldiers is key, Gray said, echoing installation commander Hale.