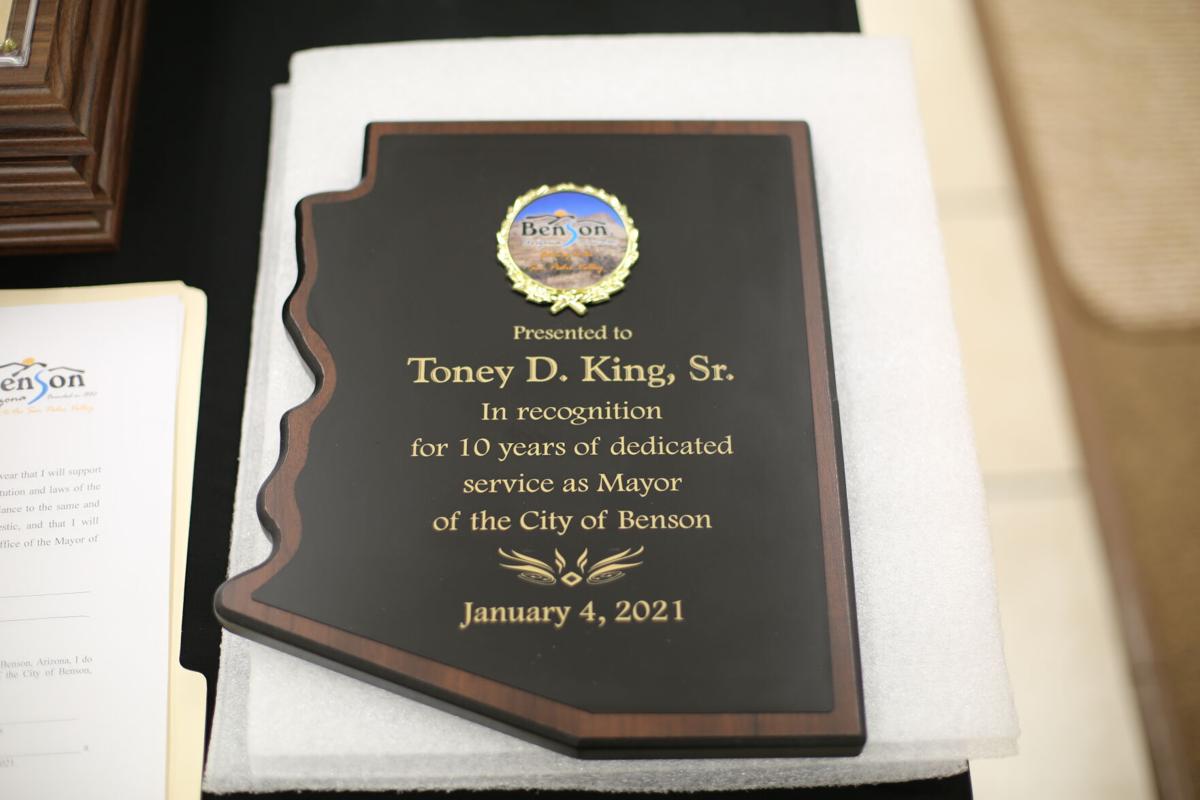 Former Benson May9or Toney King was presented with the following plaque in appreciation for his five terms as Benson's mayor. 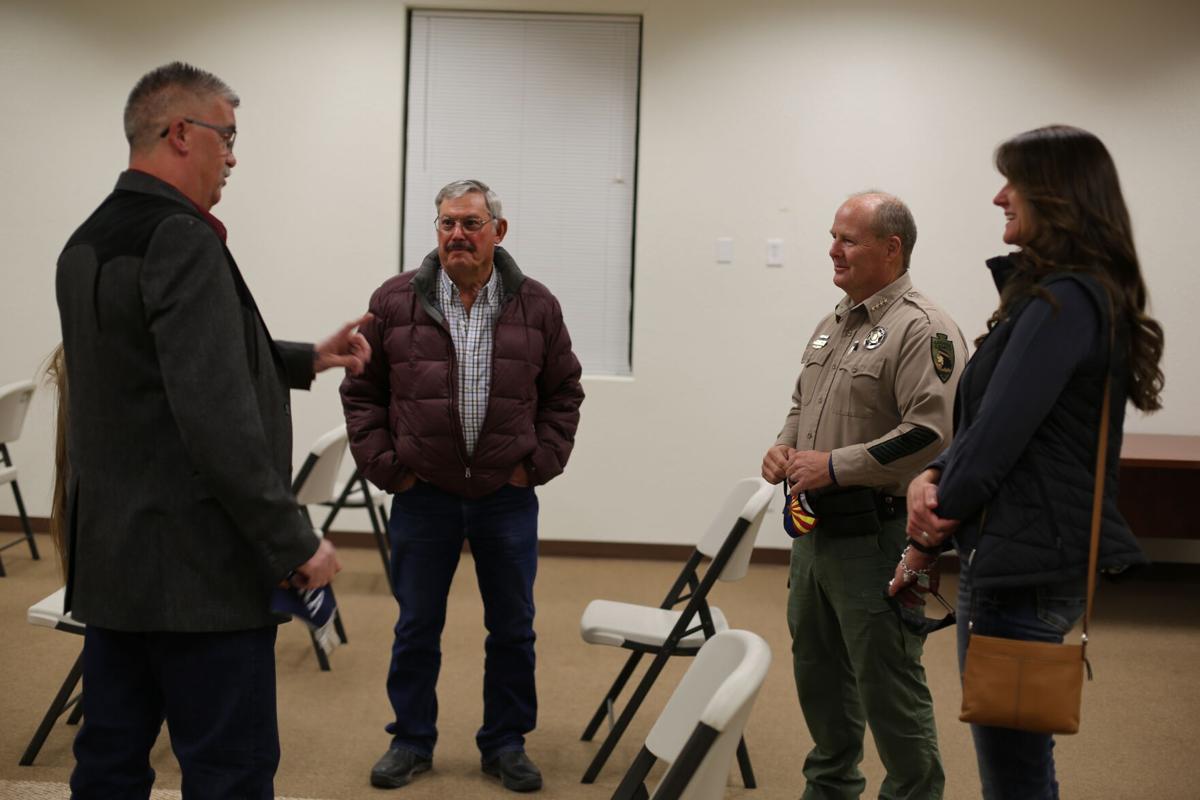 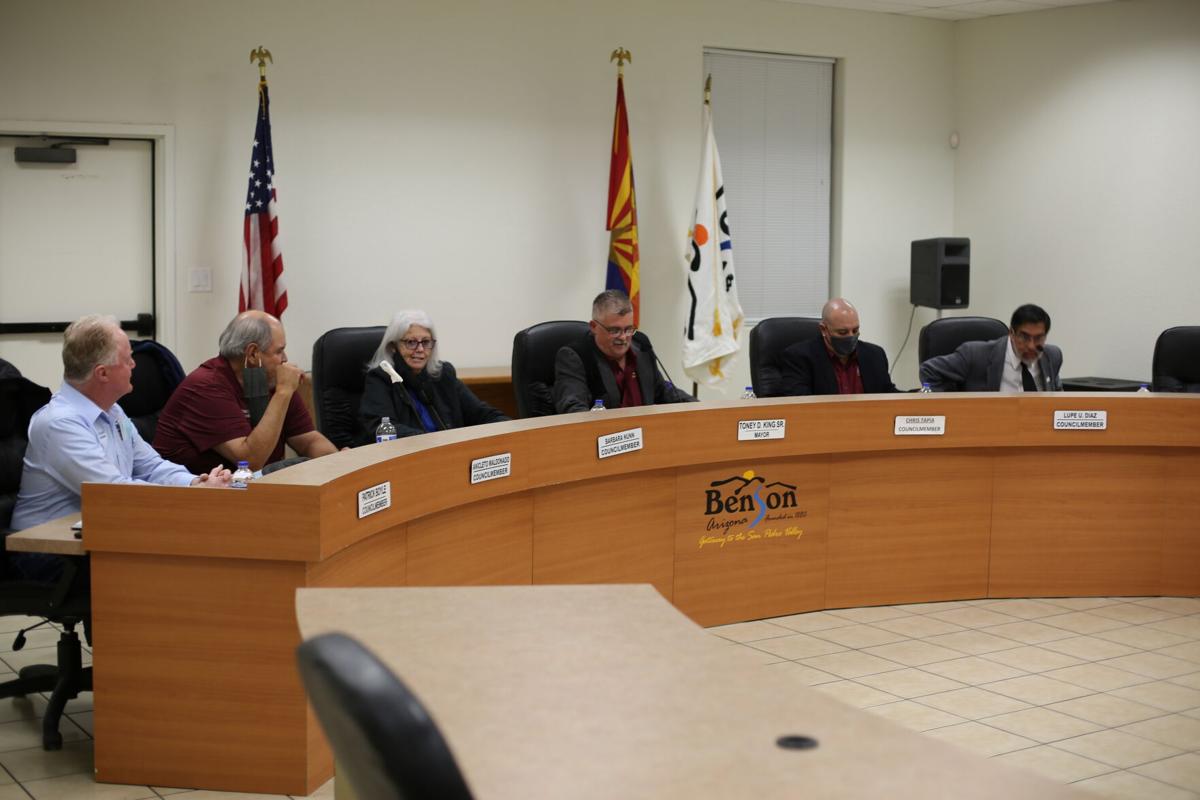 Benson City Council members convene for the first time in 2021 in a new venue that once housed the Benson Lions Club. Monday's meeting was an oath of office for Benson's new mayor, Joe Konrad, and four council members.

Former Benson May9or Toney King was presented with the following plaque in appreciation for his five terms as Benson's mayor.

Benson City Council members convene for the first time in 2021 in a new venue that once housed the Benson Lions Club. Monday's meeting was an oath of office for Benson's new mayor, Joe Konrad, and four council members.

BENSON — The City of Benson is welcoming 2021 with a new mayor in Joe Konrad.

A former City Council member who stepped off council last March to run for mayor, Konrad was sworn in Monday evening by Cochise County Sheriff Mark Dannels during a special council meeting.

Konrad replaces Toney King, who decided to step down from his mayoral position after serving five two-year terms.

Early in the meeting, King spoke briefly about some of the city’s accomplishments during 2020, noting that the city had “gone through a lot.”

“We’ve had two different budgets, we got through that,” said King, who spoke of how his daughter has been attending council meetings with him since she was 6 years old.

“He’s young, he’s smart and he’s brought a lot to the table,” she said of Tapia’s role on council. “We’re losing a hell of a council member and we’re going to feel it. Thank you for sitting up here with us at the big boys table. It’s been great having you, Chris.”

Nunn extended a special thanks to King, stating he did a good job as mayor.

“No one could ask any more of you, and I appreciate sitting next to you on council,” Nunn said.

The meeting was held in a building once owned and occupied by the Benson Lions Club, which the organization recently donated to the city through its foundation. Lions Club members decided to disband due to a significant drop in the organization’s membership in recent years. Monday’s special meeting marked the city’s inaugural event at the newly acquired facility.

Tapia and King were presented with certificates of appreciation for their service with the city.

Prior to the swearing-in ceremony and oath of office,” Dannels praised the mayor and council for their service.

“There’s no better service than public service,” he said. “This is more than just a partnership between the sheriff’s office and Cochise County and all of you. It’s a relationship. It’s not the positions that drive us, but it’s the people. It’s so important. We work with you. It’s nice to see all of you here here tonight.”

Dannels spoke of the challenges 2020 presented.

“2021 is going to be no different,” he warned, adding it’s important not to underestimate the role of the people.

Dannels commended Benson’s mayor and council, noting that a lot of people “run away” from public service because of the challenges and commitment involved. Toward the conclusion of the meeting, Konrad thanked those gathered for attending, and expressed his appreciation to King for the years he served on council.

Konrad also thanked Tapia for his willingness to step in as a council member.

As a final agenda item, Konrad nominated council member Dempster as Benson’s new vice mayor, with the nomination passing with a 6-1 vote.

Council member Nunn opposed the nomination, expressing concerns about the fact that Dempster attends council meetings remotely instead of appearing in person. She questioned whether, if selected as vice mayor, he intended to make physical appearances at future meetings.

Dempster explained that because of COVID, his doctor recommends that he distance himself from group gatherings.