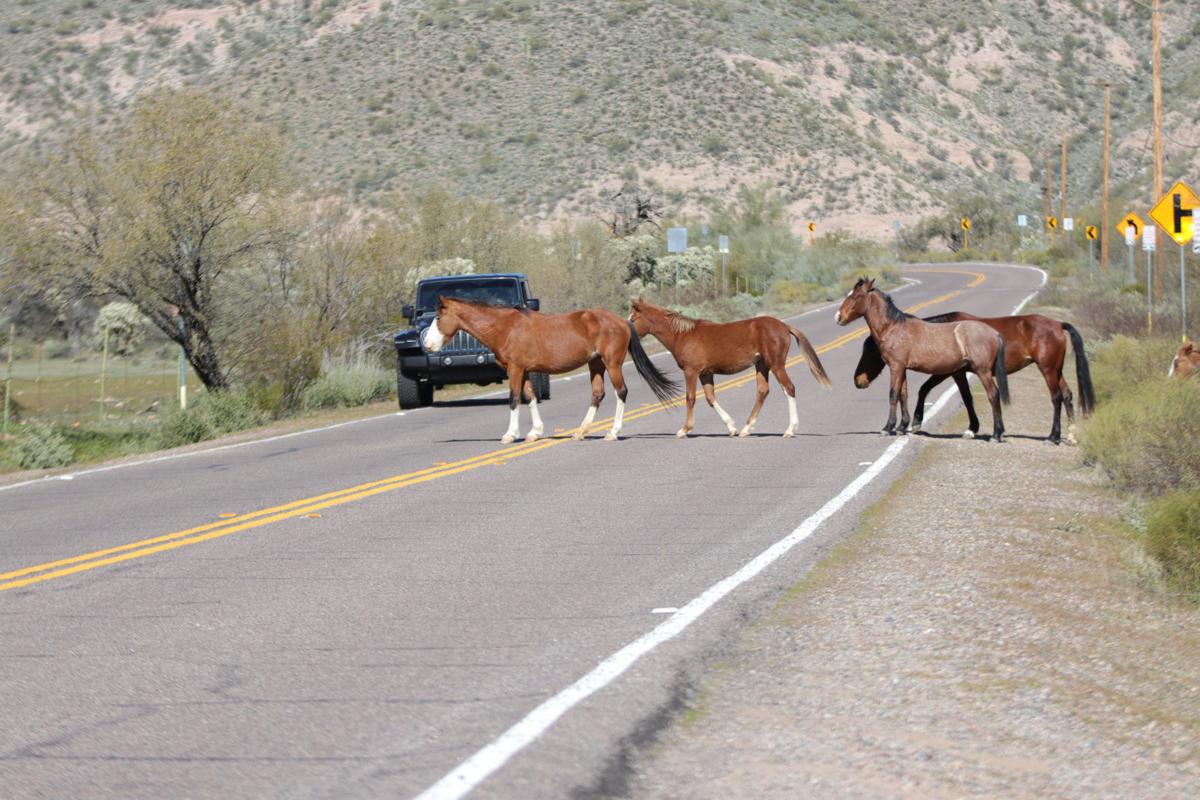 A driver on a roadway near the habitat of Salt River horses exercises caution to allow horses to pass. 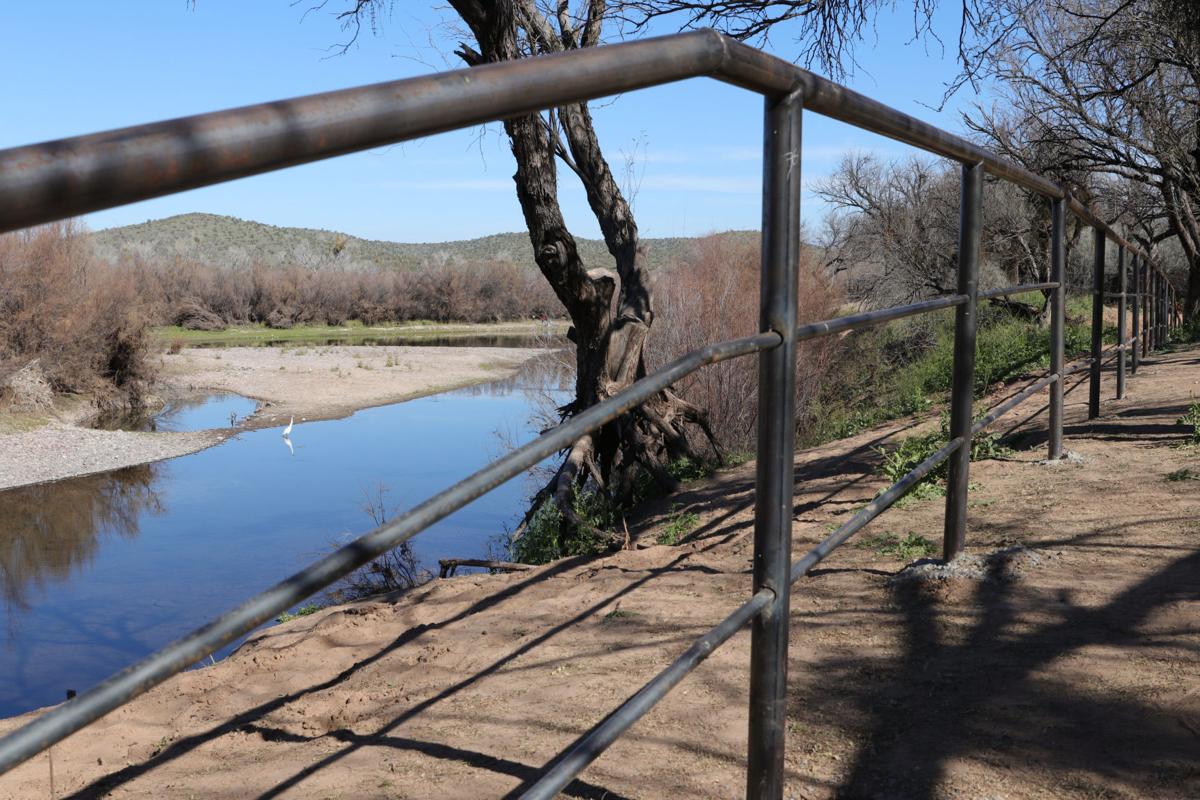 Fencing near the habitat of Salt River horses has sparked controversy. 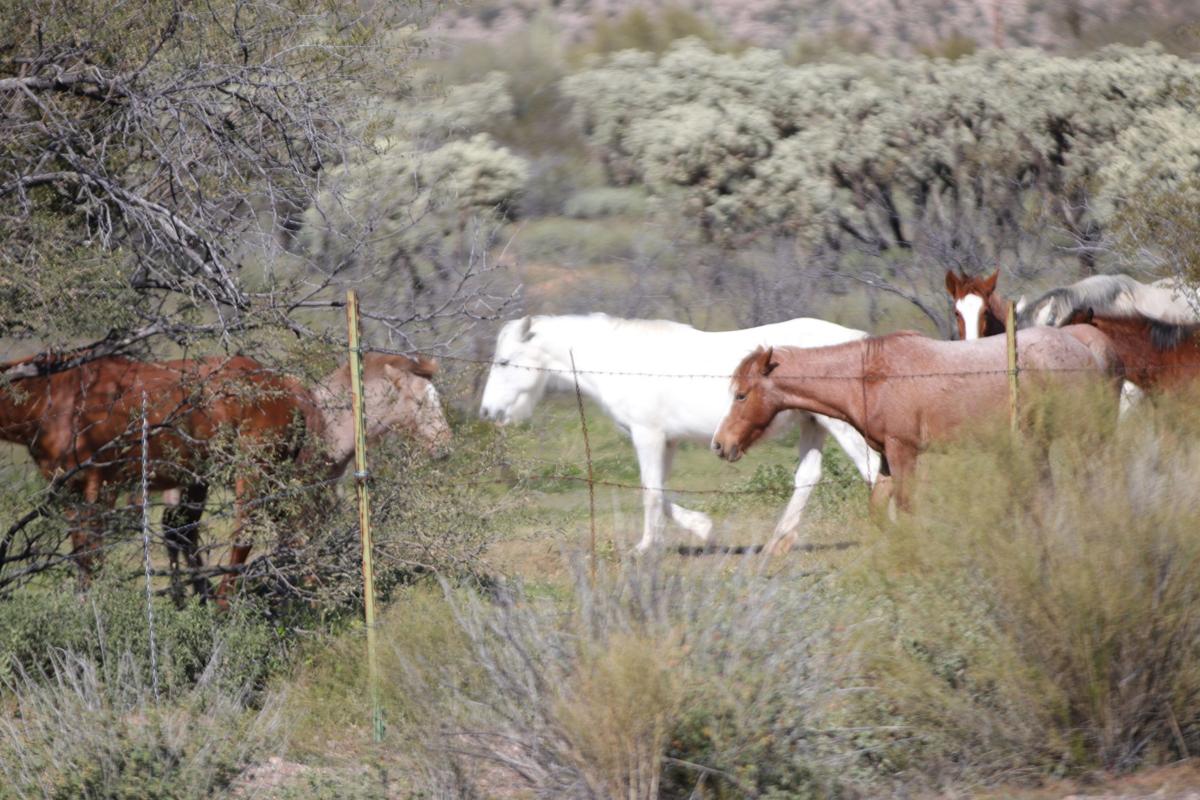 Salt River horses near fencing that can help keep the animals from busy roadways. 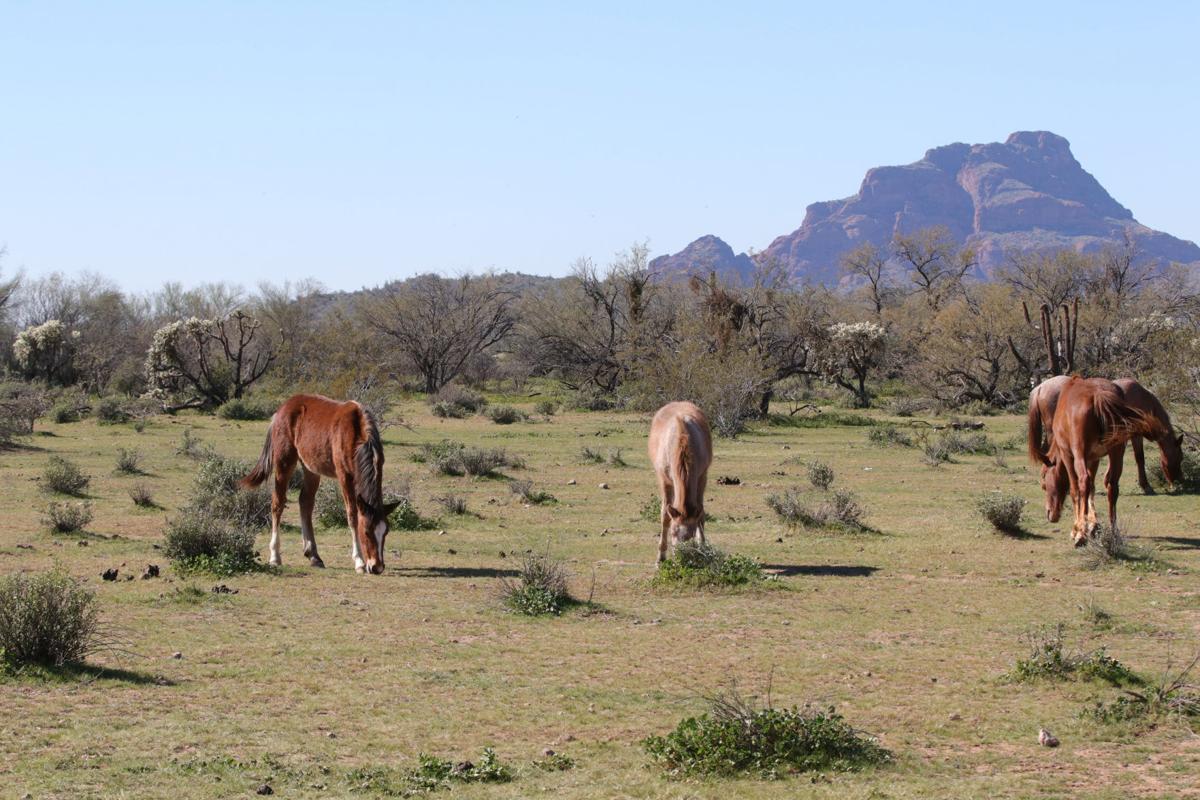 A driver on a roadway near the habitat of Salt River horses exercises caution to allow horses to pass.

Fencing near the habitat of Salt River horses has sparked controversy.

Salt River horses near fencing that can help keep the animals from busy roadways.

UPDATE: Since this February report, the fencing project has been completed, according to Tonto National Forest officials.

“It’s just kind of a way of saying ‘Hi’ to horses,” she said. “Have you ever seen that in the wild where they blow into each other’s nose? It’s just like a greeting.”

Except these horses no longer can live in the wild. This facility run by Salt River Wild Horse Management Group is their new forever home.

Netherlands, who is president of the nonprofit, has fought to protect hundreds of feral horses like these for years – working to help pass a state law making it illegal to harass the horses and raising funds to feed the herd, fight disease and provide birth control.

The latest battle involved a fence. More specifically, Netherlands and her group tried to stop officials with the Tonto National Forest from installing a pipe rail fence along the lower Salt River, which separates the forest from the Salt River Pima-Maricopa Indian Community.

That fence consists of 4 miles of pipe rail along the Tonto National Forest boundary and is in addition to 10 miles of barbed wire along the scenic Bush Highway, which follows the river for several miles.

“All Salt River horses are located on the side of the fences where they can access water but cannot access the roadway,” Mesa district ranger Matthew A. Lane wrote in an April 17 email.

Officials built the fence to prevent the horses from endangering the public and ensure other livestock don’t join the herd.

But Netherlands said it went too far. The organization asked supporters to email federal, state and county officials and raised awareness with an annual motorcycle ride in January. The Forest Service continued the fence anyway and recently finished it.

Group contracts to manage herdIf you don’t look close enough, you might miss it – the small sign reading “SRWHMG” off State Route 87 east of Fountain Hills. It’s the acronym for the Salt River Wild Horse Management Group, and tucked off into the side of the road is the group’s rescue facility for injured horses.

“All of these horses would have actually died had we left them out in the wild,” Netherlands said. “The only time we rescue them is if they’re so injured that they cannot survive.”

It wouldn’t be safe to release the horses because they had to be tamed so necessary medical care could be provided, she said.

Although the Salt River horses are not federally protected, House Bill 2340 in 2016 officially protects them under Arizona law.

“We wanted to protect the horses and preserve their freedom, make them officially belonging to and protected by the state, and allow for them to remain,” said State Rep. Kelly Townsend, R-Mesa, who spearheaded that effort.

Two years after the bill passed, the Arizona Department of Agriculture contracted with Netherlands’ organization to help manage the horses that roam about 26,000 acres along that stretch of the lower Salt River. In addition to the rescue facility, the management group runs a feeding program and administers contraceptives to curb overpopulation.

As part of its management agreement, the rescue group also works with the Tonto National Forest because the horses wander on forest land.

Tensions increase over fenceThe horses also wander onto Bush Highway, and several have been struck by vehicles in the past. To protect the horses and the public, the Forest Service strung barbed wire along the roadway.

Although the management group agrees fencing is one way to keep the horses out of harm’s way, Netherlands said the barbed wire fence cuts off the horses from half their habitat. She said she would have rather seen an overpass built for the horses.

But it’s the fence along the river and not the highway that’s causing the most controversy. Officials recently finished installing a pipe-rail fence that extends almost 4 miles along the western bank of the river.

“It is a boundary fence between us and the Salt River Pima-Maricopa Indian Community,” said Mike Martinez, an ecosystems staff officer for the Tonto National Forest. “It is intended to prevent entry by unauthorized livestock onto the forest … whether it be cattle or horses as well.”

But Netherlands said she’s worried about the herd’s access to water.

“Imagine if I’m a horse that lives on this side … that horse will not be able to get to water,” Netherlands said. “Now what happens to a horse after a week of no water? He’s dead.”

Martinez said the horses are able to reach more than 8 miles of the Salt, adding that accessibility is not an issue.

“All the horses will be located on a side of the fence where they have access to water,” he said.

The Forest Service is considering a barrier across the river itself. Netherlands said it could pose a danger to recreators.

“If you build a fence across the river, no matter really how you build it, it might be a safety hazard for people,” she said. “People could get stuck with their kayak in it.”

Forest Service officials said the structure wouldn’t pose a hazard to the community and would be something kayakers or tubers could easily pass through.

“We don’t have any intention of building any barbed wire across the river … it probably would be something more akin to hanging slats, where you have a cable and there are these hanging slats, where they wouldn’t be dangerous,” Martinez said. “But we are still in the early stages. We haven’t designed it or put it out for bid on a contract at this point.”

Although everyone agrees they want to see the Salt River horses thrive, tensions remain over the best way to manage them.

“Everyone needs to take a deep breath and figure out how to work together for the good of the horses,” Townsend said. “These horses belong to no one and therefore cannot be argued over as if they are property or turf.”