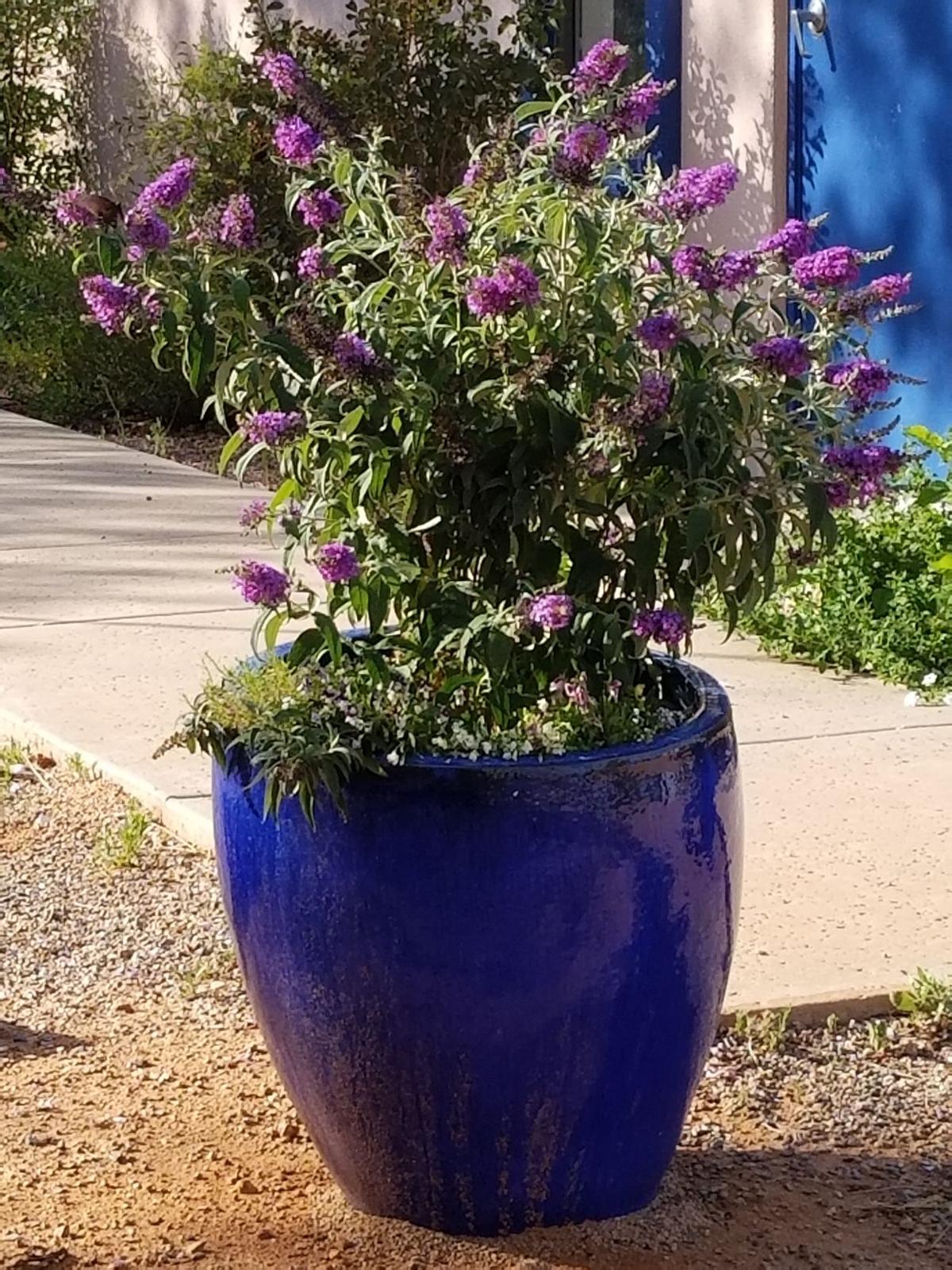 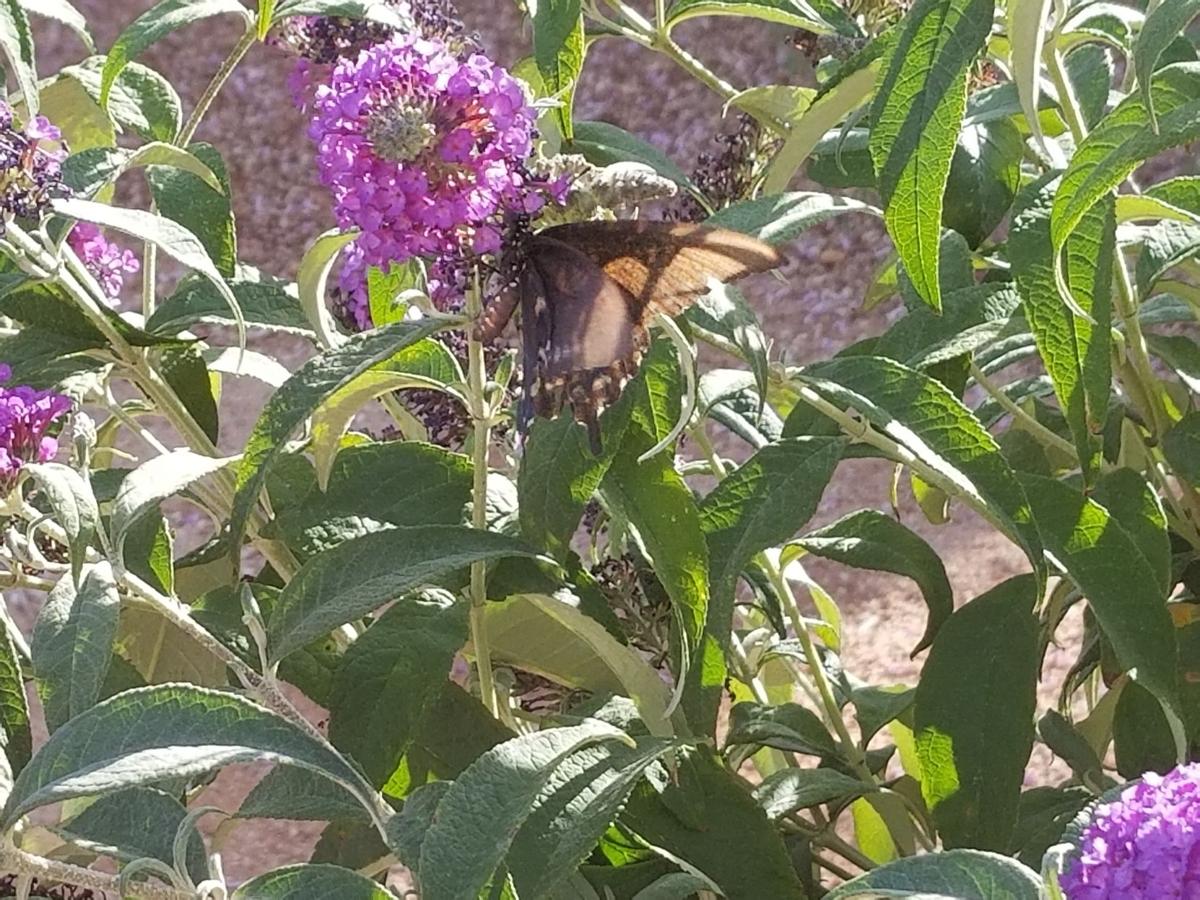 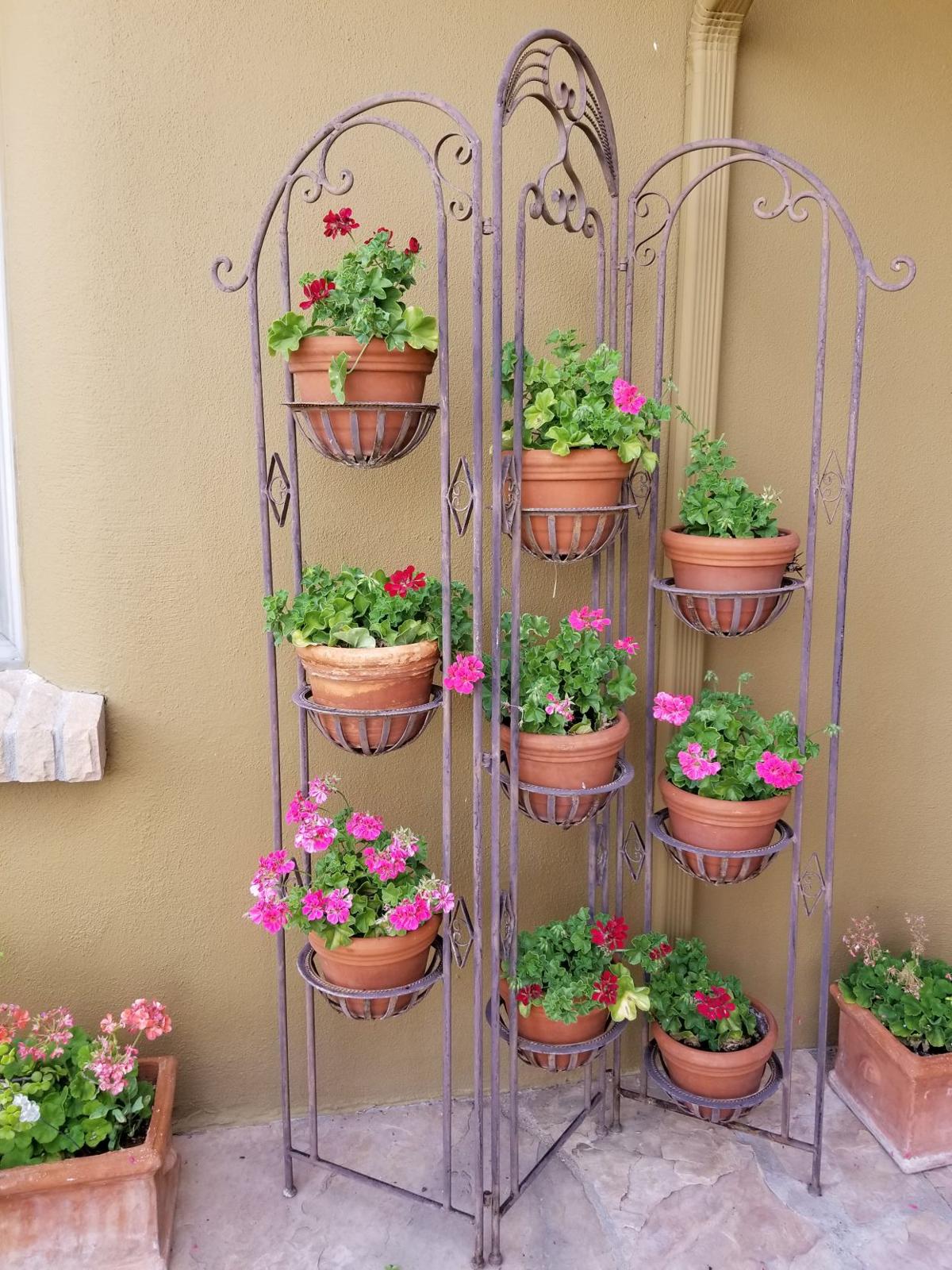 In May of 1977 we moved into our first home in Sierra Vista. Being a young, first time home-owner and a totally inexperienced gardener, I was outside trying to figure a starting point to polish up a yard that had been long forgotten before we moved in. My new next door neighbor, longtime gardener, Betty Blom, came out with her welcoming hello and we began to chat about our yards. Of all the things she said to me that day, one sentence stuck with me. “If you can just get your plants through the heat of June and keep them alive, you’ve got it made! Don’t get discouraged.”

I hear her voice in my head every year at this time.

June is brutal. The earth is brown, dry, and hot. The grasses are deep beige and void of moisture. The mesquites are hunkered down in appearance, waiting for the monsoon of July. Even the evergreen native Emory Oaks in the Huachucas will often drop leaves in their defensive action of saving internal moisture and energy. The heat intensifies each day as the month of June progresses. A friend from Alabama once visited for the first time during the month of June and asked, “How can you stand to live in such a harsh climate, much less, even try to garden!?”

But she had not seen July. More importantly, she had not seen August! The heat we loathe in June is a necessity for bringing in the glorious monsoon of July and August, which, in turn, produces a desert beauty which is second to no other place I’ve seen. The desert beauty of July-August-September is a magnificent thing to experience.

The searing heat can cause young plants to struggle and can even cause set-back in well-established garden and landscape plants. While it sounds like common sense, and it’s easier said than done in the desert heat – just try to not let the soil around your plants dry out. That is most important. Roots draw up water which is then transpired by the leaves. If the water source dries up, the leaves begin to lose water from their cells. The plant may then lose its turgidity and begin to wilt. As the drying process progresses, more and more cells start to die. Even a small wilt from water stress can cause damage to a plant. Many people believe that morning is the most beneficial time of day to water plants. But water any time you see the first signs of wilt or stress.

One unique phenomenon here is that some of the larger-leaved plants, such as squash, will droop slightly during the hottest part of the day, even when it’s had enough water. This is a normal reaction which is considered to be a protective measure used by the plant. In this instance, when the sun gets too intense for the leaf, it shifts its angle by wilting so that its surface receives less sunlight. As the day cools off, the plant will regain its turgor, provided it’s had enough water.

Another important point in keeping your plants watered well in June is that well-hydrated, less-stressed plants are far more resistant to attack from pest and disease. Water-stressed plants will become an invitation to pests and disease processes.

There are a few measures that can be taken to keep your plants a little healthier during this challenging month – most of which you’ve heard before, and most of which are common sense.

The most important – when you water, water thoroughly and deeply to ensure the entire root mass, large or small, has had a complete drink. Then, you can water a little less frequently. Absolutely the most frequent mistake folks make when watering is to water too shallowly. This practice causes the roots to stay in the upper portion of the soil, near the surface, which is the only place they can find water. The problem? This surface part of the soil is the hottest and most exposed part of the roots’ environment. Plus, the remaining section of the root ball always remains thirsty and does not develop health and vitality. Watering thoroughly and deeply will cause the roots to follow the water down to the level where they have a cooler environment and more constant source of moisture.

Depending on the type of soil you have, “it takes approximately 1 gallon of water to saturate approximately 1 cubic foot of soil.” This is not exact math, but it’s close and a decent “rule of thumb”. So, envision the amount of area taken up by the roots of your plant, and give the appropriate number of gallons of water.

Think about this when setting your irrigation system as well. Another common thing I hear is “I don’t know why my plant is doing poorly. I run my drip system every day!” When I ask the size of the emitter on the plant, it is a 1 GPH emitter. (1 gallon-per-hour). When I ask how long they’re running the system? The answer is frequently, “I run it for 15 minutes!”

Again, let’s do the math. 1 gallon-per-hour emitter running for 15 minutes has only delivered 1 quart of water, which will only penetrate an inch or two of soil,

if that. Then, running that pattern every day gives moisture only in the top inch of soil, keeping the struggling roots only in that top inch where the soil is hot and baked. That would be like offering you ¼ cup of water occasionally when you’re thirsty and never giving you the full glass!

Speaking of irrigation systems, this is an important time to do maintenance – checking performance of your emitters while the system is running, checking the position of your emitters, and checking for leaks, etc.

4) If you do not have an irrigation system, consider installing one. I resisted this for years, insisting that I hand-water everything, believing I was bonding with and checking on each of my plants as I hand-watered from the hose. Then, one year, I tried irrigation on a small section of my yard. What a wake-up call I experienced!! I had been so totally wrong!

Yes, irrigation systems can have their annoyances. But, for every pound of irritation, you will experience 10 pounds of positive results in a) water savings b) time savings and most important c) huge difference in plant performance!!!

If you do not have an irrigation system, water your plants, both young and established, with a slow-running garden hose on the ground so as to penetrate the soil deeply around your plants.

Top-dress! Top-dress the soil beneath your plants with a mulch of your choice – compost, decomposed bark, decorative gravel, etc. This keeps the soil and roots cooler. This will help retard weed growth around your plants. Above all, this will help keep moisture in your plant’s root zone. (It will also keep the roots warmer in the winter!)

Top-dressing is another essential lesson I learned the hard way. When I moved into our present home, I landscaped both sides of a large driveway. I got the plants installed and the irrigation system in. But I only top-dressed one side of the driveway with decorative gravel, as I ran out of time. One weekend led to another and I never finished the other side. At the end of the season, the plants on the top-dressed side were nearly double in size, bloom, and vitality, as the soil had been kept cooler and moisture more efficiently retained. Visual proof!!

Try to avoid applying fertilizers during the heat of June, as the roots’ ability to absorb nutrients is diminished during extreme heat. Wait until after the rains have begun, as the roots will be better hydrated and the soil temperatures will be cooler.

While many areas of the country will tell you not to get leaves wet so as to avoid disease, in our dry heat of June, the leaves certainly do not stay wet for long – especially when watered in the morning. I like to spray many of my plants in the mornings for several reasons. 1) Many plants can take in extra moisture through their leaves or conifer needles. 2) Spraying off dust from leaves both eliminates habitats in which spider mites thrive and also allows the stomata in the leaves to “breathe” more efficiently. 3) Strong sprays of water on some plants may be proactive in helping to eliminate pests such as aphids, thrips, and whiteflies.

Bottom line – water appropriately, efficiently, consistently, and top-dress your soil. Hang in there. Especially to those of you who have just moved here. June is a necessary challenge in the High Desert that leads us to a most beautiful season!