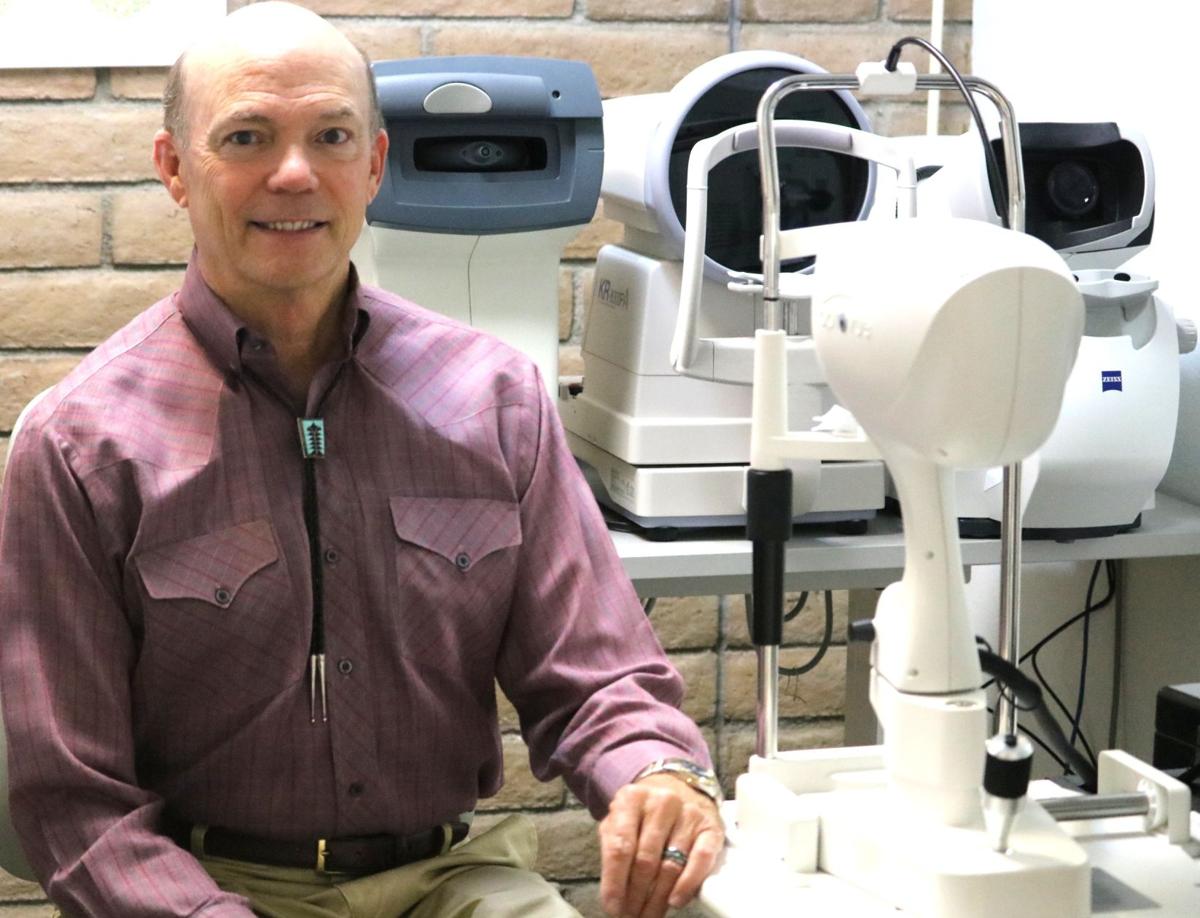 Lincoln Daynes celebrated his 25th anniversary of his practice on Nov. 1. 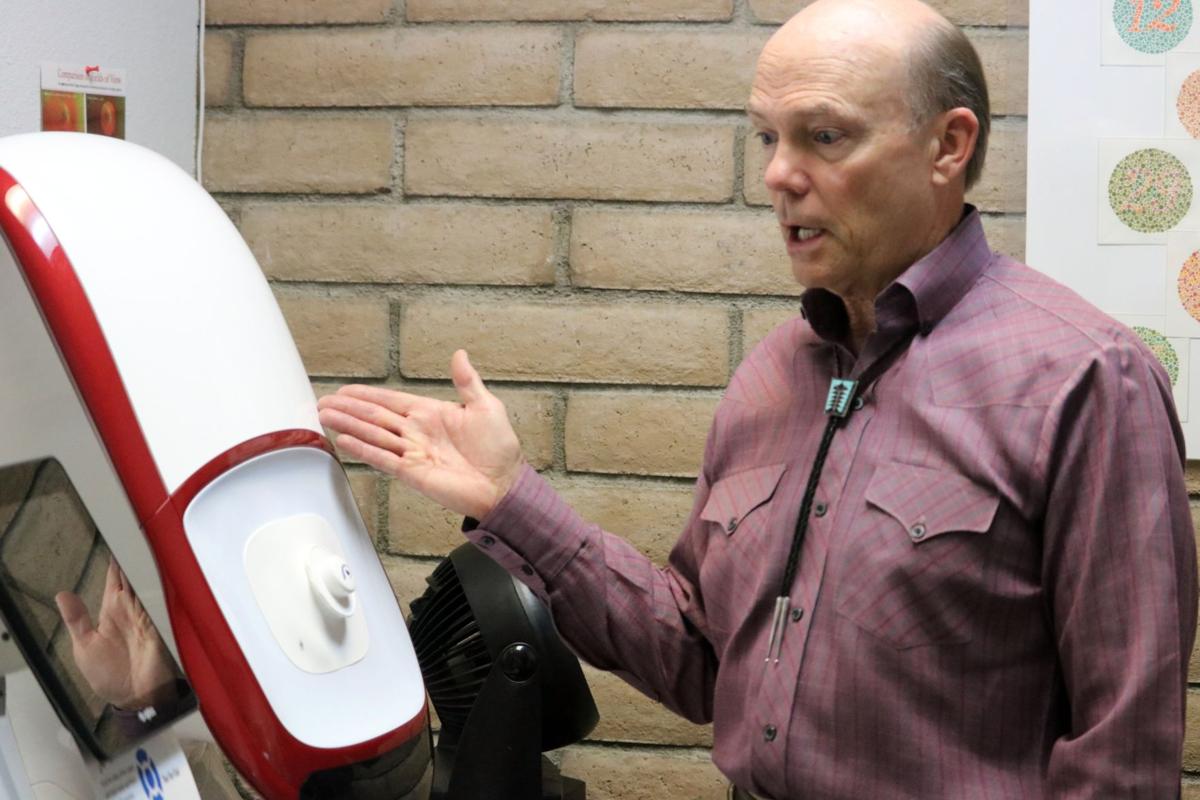 Daynes says one of the reasons people choose to see him is because he has a machine that replaces the need to dilate someone’s eyes.

Lincoln Daynes celebrated his 25th anniversary of his practice on Nov. 1.

Daynes says one of the reasons people choose to see him is because he has a machine that replaces the need to dilate someone’s eyes.

For Lincoln Daynes, there’s no better feeling then giving the gift of sight, even if he’s been doing it for 35 years.

“I have the best job in the world,” Daynes said. “Putting glasses on someone who has never had them is incredible.”

He recalls one of his patients who had not had an eye exam and two years. He offered her a pair of contacts and when she put in them in and could see she was overcome with emotions. It’s the reactions and helping others that made him want to keep his practice open and help those who can’t afford glasses.

“We take advantage of our eye,” he said. “People don’t talk about them.”

Daynes is a third-generation optometrist. His grandfather was the first in the family and opened Daynes Optical in Salt Lake City, Utah in the early 1890s. His father and uncles followed, also practicing in Utah, so it was a no brainer for Daynes to go into optometry.

He graduated from Pacific University College of Optometry in 1983 and decided to leave Salt Lake City as they were heading into a recession. Daynes said he was told about a job opportunity in Tucson soon after he graduated so he move to Southern Arizona. He spent 10 years in Tucson before moving to Sierra Vista.

“This is a great community,” Daynes said. “I have a very diverse practice. I see patients from 2 years old to 94 years old. I do everything, which makes it interesting.”

Daynes is certified as a doctor of osteopathic medicine, which allows him to treat a wide rage of eye diseases as well as perform contact fittings and routine eye exams. He and his brother Andy own and operate Daynes EyeCare in Sierra Vista. Andy serves as the quality control manager, makes lenses and fits frames in the office.

When he’s not at his practice, Daynes is still helping others by providing the gift of sight. Once a year he goes down to Mexico, on his own time, to conduct eye exams and provide glasses for kids in an orphanage. He said being able to provide the kids with glasses not only helps with their vision but being able to see will help them perform better in school which will in turn make them better people because of their education.

“It’s very important to put glasses on kids that can’t see well because if they can’t see well they don’t do well in school, and then oftentimes they become dropouts and they don’t go very far scholastically,” Daynes told the Herald/Review during his trip to Mexico last year.

The closest optometrist to Naco is around 20 miles away in Agua Prieta, making it difficult to bring the children there for exams, she said.

“They’ve needed someone to come in and examine their eyes for a while — it’s really important for their own self esteem, to be able to do better in school,” she said.

Daynes said he saw the impact giving the gift of sight can have as well.

“A lot of people (in Mexico) just never had glasses, and it’s quite an experience to put glasses on a person who has never been able to see very well, because sometimes they start crying.

“And once you have one of those experiences, you’re kind of hooked, in terms of helping people that way.”