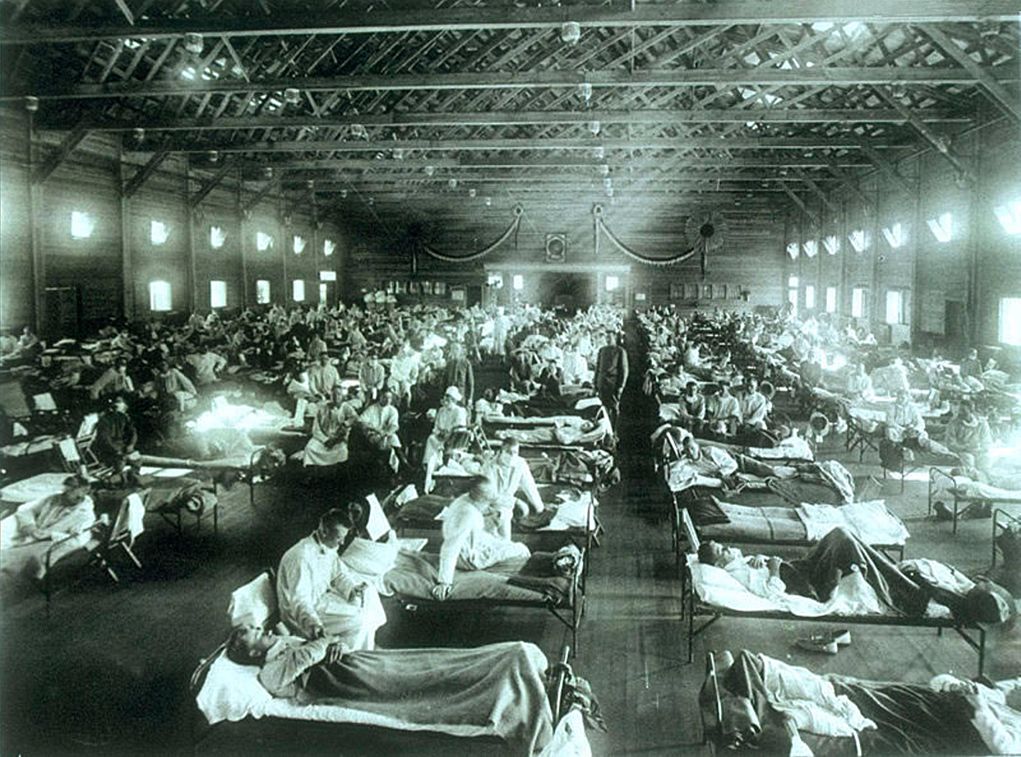 In 1918, the so called "Spanish Flu" infected half the world's population, resulting in an estimated 50 million deaths.

Advancement of science and medicine eventually, in the past, got a handle on past pandemics.

In 1918, the so called "Spanish Flu" infected half the world's population, resulting in an estimated 50 million deaths.

Advancement of science and medicine eventually, in the past, got a handle on past pandemics.

Sometimes the smallest creatures are not always passive or innocent. Life can imitate art; just conjure up some sci-fi movies; think “Andromeda Strain.”

Currently, the world is captivated (literally) by the coronavirus. No, this fast-moving super flu did not originate in a Mexican brewery. It began in China, which happens to be no stranger to pandemics. In 1956, the land of Mao gave us the Asian Flu. Two million people died from it.

The world has had a long history of periodic plagues and outbreaks, more than you can shake a swab at. In Athens, about 430 B.C., a form of typhus took a heavy toll. In A.D. 165, Roman soldiers carried small pox from Asia to Rome, wiping out hundreds of thousands. All the swords of Italy offered little in protection.

About A.D. 1345, the Bubonic Plague claimed nearly half of Europe’s population. (Bubonic morphed from the lymph glands, buboes.) Known as “Black Death” because of the look of tissues of the victims, the cause was related to the rats/fleas relationship. Again, Asia was the culprit.

Messina, Sicily unwittingly provided a foothold for Europe. A fleet docked there. The ships were manned by skeleton crews because most of the original crew, to be graphic, were indeed skeletons, dead from the plague. It is estimated that between 100 million and 200 million eventually perished, most within 48 hours of infection.

Cholera pandemics were particularly virulent. Over a million died in 1910. India was the origin. Englishman John Snow was credited with discovering the source — unclean water.

In 1918, the so called “Spanish Flu” infected half the world’s population, resulting in an estimated 50 million deaths.

The AIDS virus proved to be particularly difficult for the field of medicine. Progress has vastly limited its growth, helped immeasurably by understanding the causes.

These, and other infectious diseases, have been well recorded. But one particular population suffered horrific losses, with little historic note. In the 1770s, the American Indian tribes were nearly wiped out due to the influx of colonies of Europeans. The native peoples had no history for defense of several diseases brought to their shores, namely small pox and the measles.

Well, the little buggers are at it again; scaring and changing our lifestyles, as all wars do. Humankind, once more, has found itself at the mercy of the unknown and the unseen. Advancement of science and medicine eventually, in the past, got a handle on the problems.

Will coronavirus win out? I doubt it. Will there be other pandemics down the road? Yes, the world has shrunk, making an easy path for transmissions.

But we are a resilient species.

We will out think the little creeps.

Scott Dyke is a Wyatt Earp historian, Western researcher and lecturer. He is a member of the Western Writers of America. Currently he’s housebound and enjoying westerns. He can be contacted at scottdyke65@gmail.com. This story first appeared in the Green Valley News.