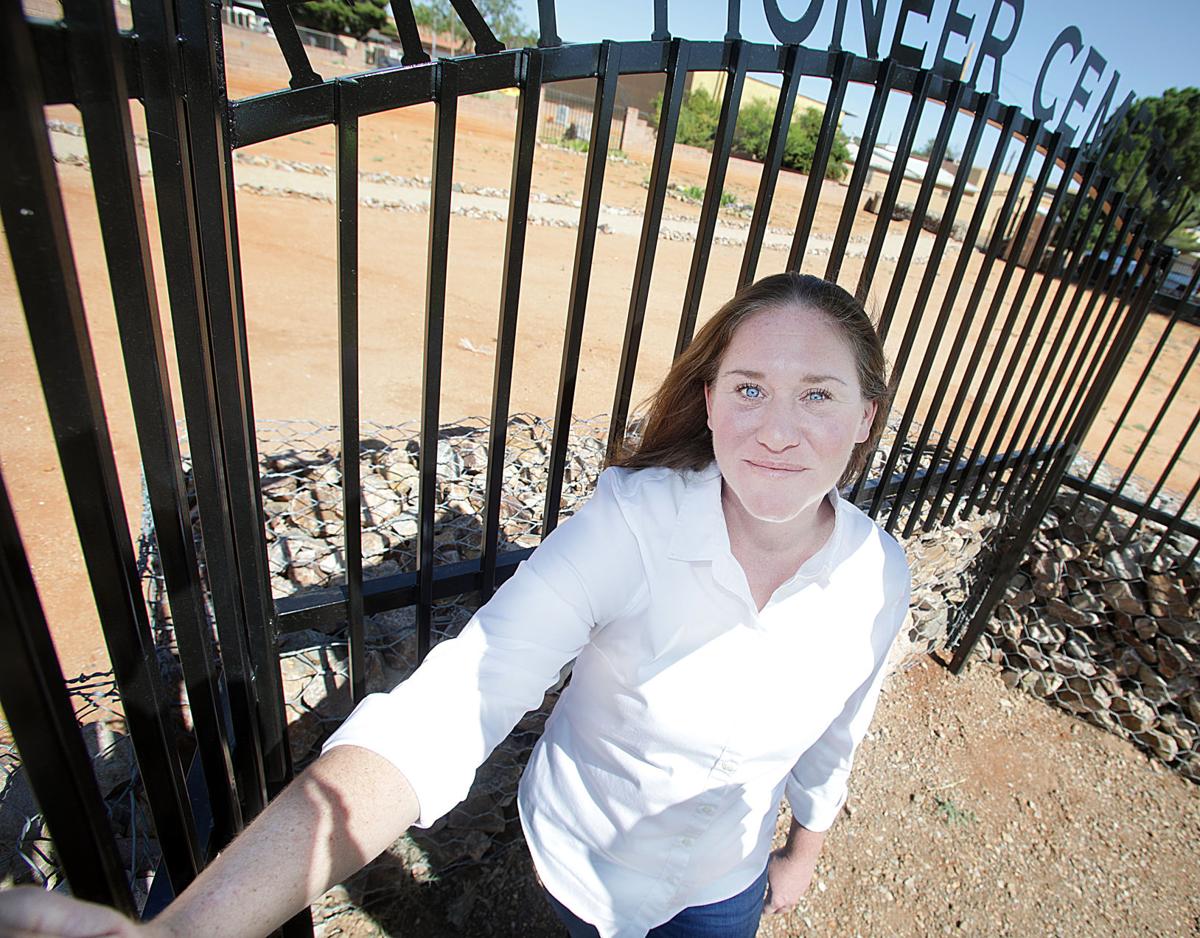 The new curator of the Henry Hauser Museum Elizabeth Rozak stands in front of the Fry Pioneer Cemetery Friday. 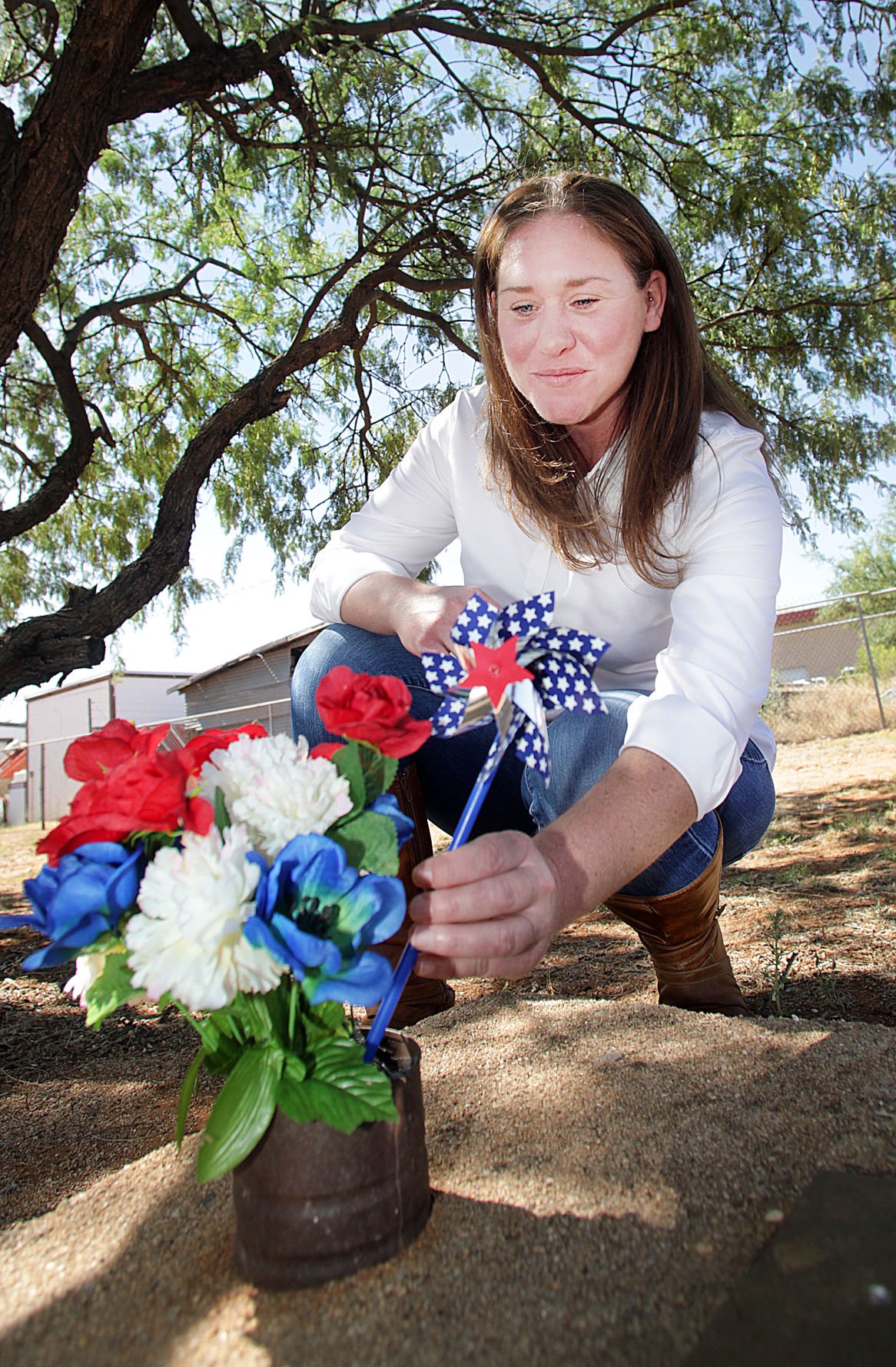 Henry Hauser Museum Curator Elizabeth Rozak replaces an American flag pinwheel on a grave in the Fry Pioneer Cemetery last week. The pinwheel’s were placed on the graves of veterans for Memorial Day. 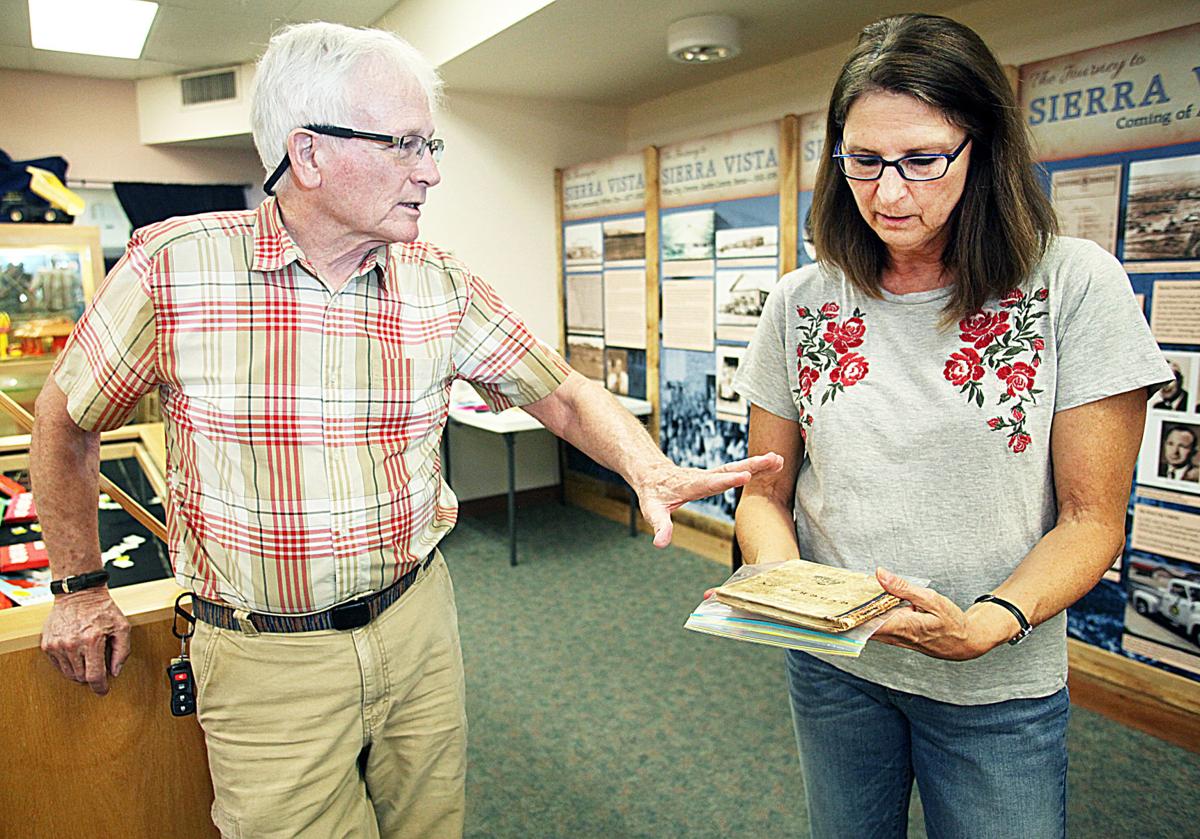 The new curator of the Henry Hauser Museum Elizabeth Rozak stands in front of the Fry Pioneer Cemetery Friday.

Henry Hauser Museum Curator Elizabeth Rozak replaces an American flag pinwheel on a grave in the Fry Pioneer Cemetery last week. The pinwheel’s were placed on the graves of veterans for Memorial Day.

Landing the curator position for the Henry F. Hauser Museum was a bittersweet moment for Elizabeth Rozak.

Rozak took over the position from mentor and long-time museum curator Nancy Kreiski, 61, in mid-May. Kreiski retired on Jan. 31 after 15 years with the museum, which is located at the Ethel H. Berger Center.

“I really truly felt I had accomplished everything that I wanted to with that museum,” she said. “I feel like I’ve left a good foundation for whoever is next.”

Kreiski was planning to leave Sierra Vista but that move was put on hold because of the pandemic. She has been focusing her time on family and finishing her masters in museum studies from John Hopkins University.

“My goal is to get into small museum consulting (and) to take everything I’ve learned in 15 years (with) this program and help (small historical societies and small museums) with whatever they need.”

Rozak said she knew Kreiski was planning to retire and volunteered with the museum until the position became available. She was offered the position at the end of February but the pandemic pushed her start to May.

“I’m very dedicated to the museum and history here,” Rozak said. “I’m most impressed with this museum’s relationship with the city and the historical society.”

Originally from Michigan, Rozak was introduced to the Hauser Museum seven years ago when she interned there while studying at the University of Arizona campus in Sierra Vista to finish her history degree. Rozak wasn’t planning to be a historian but her college roommate at Washtenaw Community College in Ann Arbor, Michigan, convinced her to take a class with Dr. David Fitzpatrick. After that class she decided to switch her major to history and took every class he taught.

“I like the history of the area,” Rozak said about Sierra Vista. “Especially the role of women in Sierra Vista. They seemed to be more progressive.”

Seeing Rozak’s dedication and love for the local history are just some of the reasons Kreiski hoped Rozak would be her replacement.

“She’s a powerhouse,” Kreiski said. “I really felt she had the qualities to take what we’ve done over the last 15 years to the next (level).”

The museum has been closed for most of the year because of the coronavirus but Rozak and her team of volunteers have kept themselves busy. Rozak said they are taking advantage of the museum being closed to create “educational material for educators.” She said she learned from her son’s teacher last year that third grade social studies teachers don’t have sufficient resources.

“We hope to lead the way, not only here but in the county, to align resources,” Rozak said. “We want to highlight our history that will also be effective in teaching the skills they need.”

Her first major task for the museum was gaining a nomination for the historical society and the Fry Pioneer Cemetery restoration project for the Arizona Preservation Foundation Governor’s Heritage Preservation Honor Award. Rozak said the organization reached out to her after seeing pictures of the project on social media. The museum was selected as one of 10 finalists from across the state for the James W. Garrison Heritage Award, which will be announced June 18.

“I’m proud of the extraordinary efforts put forth by the Sierra Vista Historical Society, the city, and some truly dedicated volunteers to restore the Fry Pioneer Cemetery and recognize it’s important place in Sierra Vista’s history,” Sierra Vista Mayor Rick Mueller said in an email statement. “It’s an honor to receive this award and we’re grateful for the recognition. More than that though, these efforts are important because of their lasting benefit to our community.”

Rozak said the museum has not received this award in the past and hopes the honor helps attract west end tourism for the city when the cemetery opens to the public.

“We’re really honored to receive the award,” she said. “We had really great leadership working on it.”