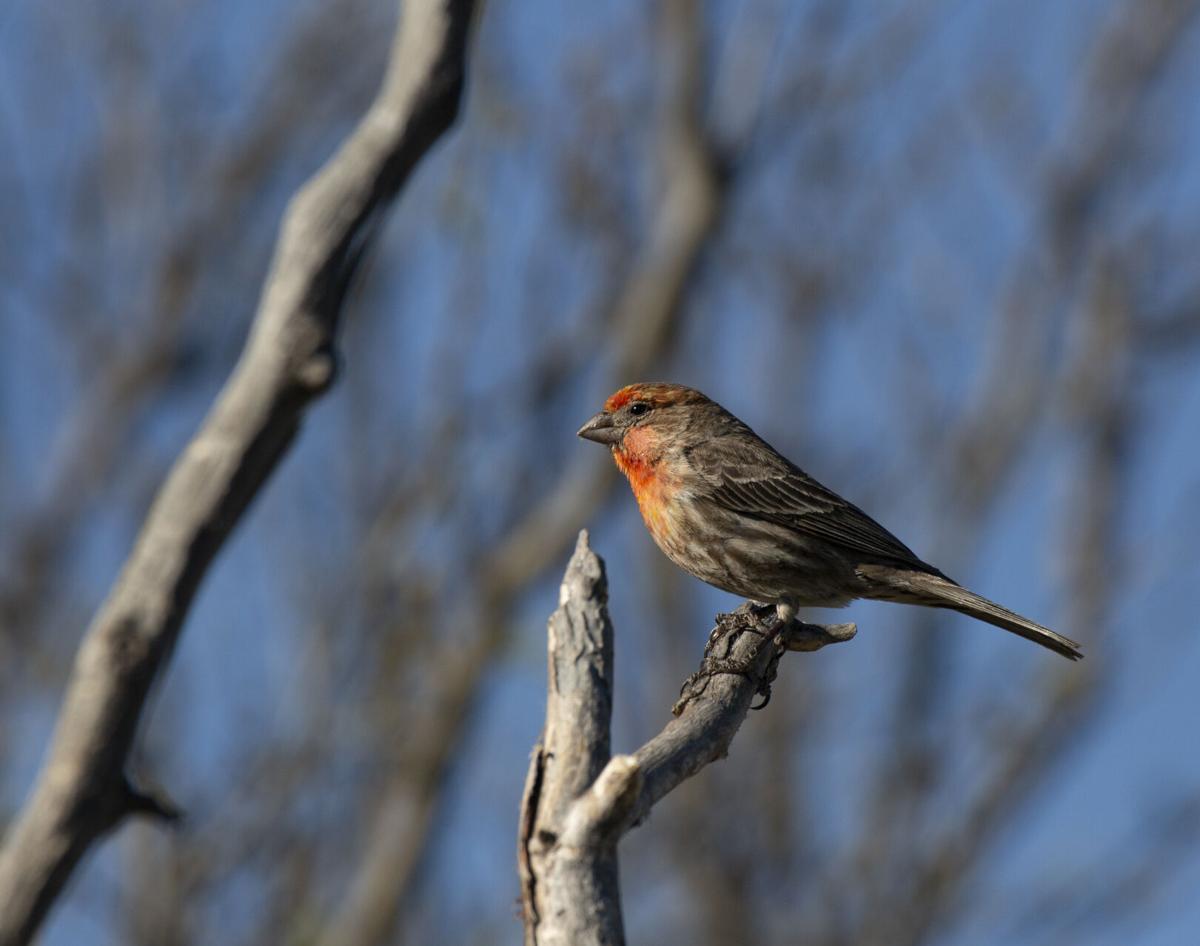 In the American Southwest, another color variation besides leucism, one called "yellow variant," sometimes occurs in house finches. 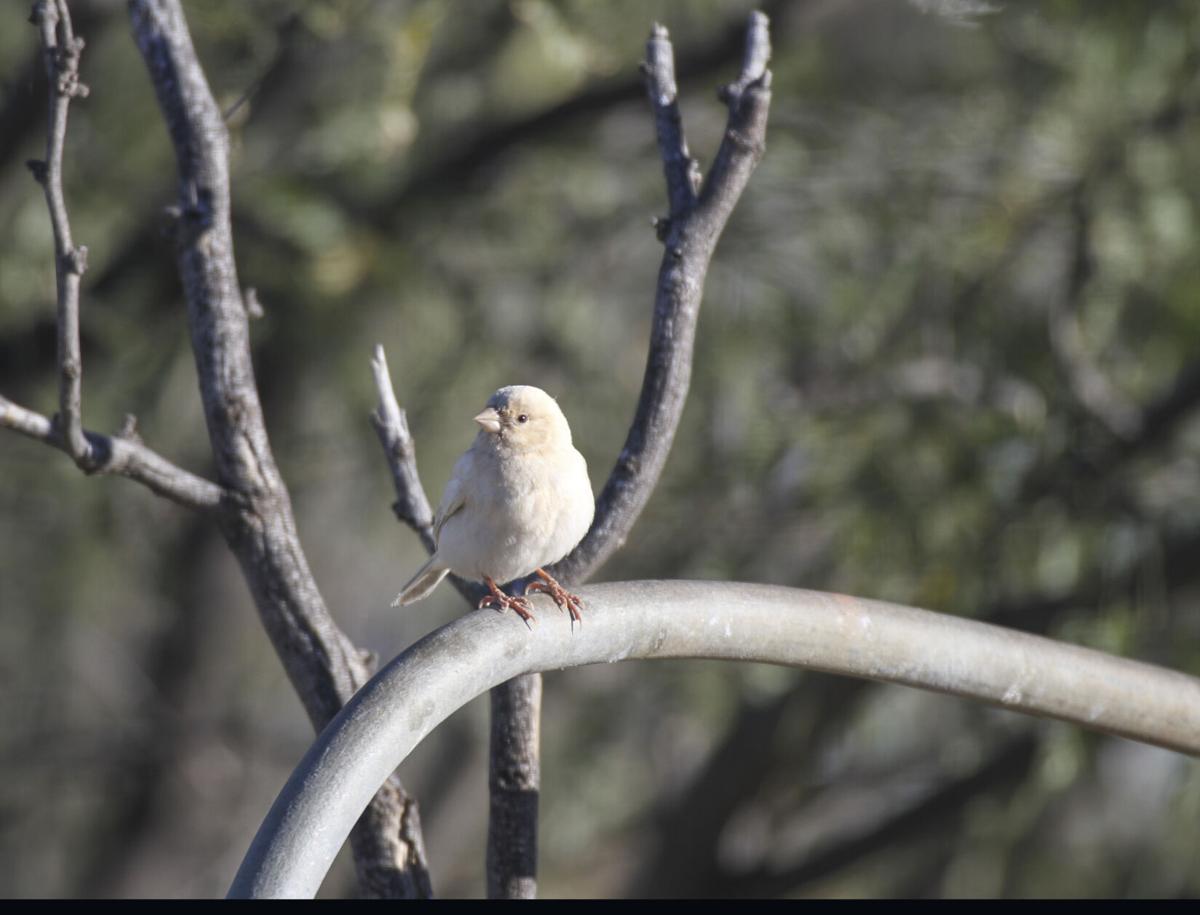 A pale-feathered bird with normal colored eyes would likely have a condition known as leucism. 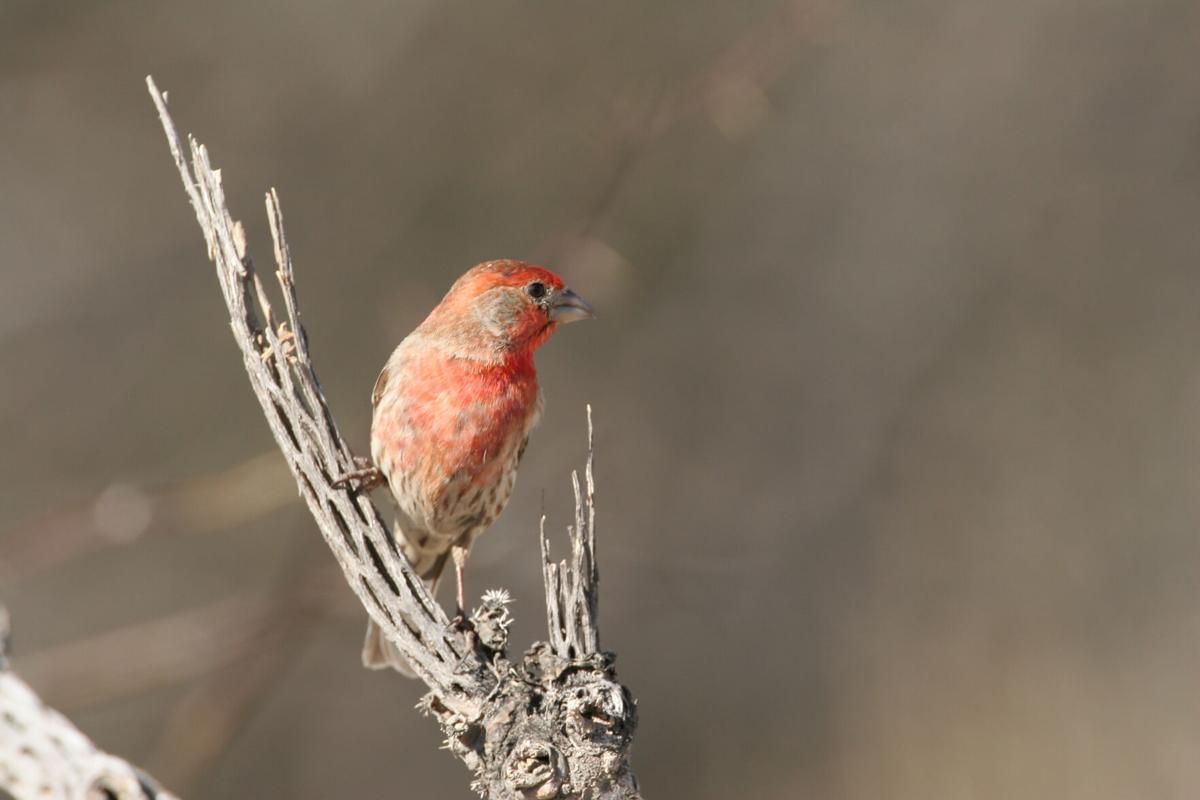 In the American Southwest, another color variation besides leucism, one called "yellow variant," sometimes occurs in house finches.

A pale-feathered bird with normal colored eyes would likely have a condition known as leucism.

On November 8, 2013, a white finch-type bird appeared at my bird feeder and actually stayed long enough to let me snap a few photos. My first thought was, I’m seeing a ghost, my second thought was WOW, an albino. I grabbed the camera lying on my desk, quickly opened a window, extended the telephoto, and snapped a few photographs. The bird, being a typical bird, gave me about ten seconds, then flew away and was gone before I had closed my mouth after dropping my jaw when I first observed it. Then I checked the settings on my camera to see if I had captured the image.

Luckily, a myriad of potential photographer’s pitfalls (no camera card, previous setup for night shooting, etc.) did not materialize. I got it right for a change. In the photos I immediately saw that the bird was indeed white but had a normal colored eye, black. So it was not an albino, because true albinos have red or pink eyes.

Thinking back to ornithology class in college, I recalled that there were other possibilities, none of which I could remember, so I looked them up. A pale-feathered bird with normal colored eyes would likely have a condition known as leucism. Albino birds lack the natural pigment known as melanin, which produces color, but leucistic birds, which have normal-colored eyes, produce melanin, they just do not deposit the color into their feathers. Another possibility for my bird was that although birds do not suffer from schizophrenia (delusions) like some humans, birds with pale, washed out plumage could have a condition called schizochromism, another term for absence of pigments in the feathers. I think leucistic best described my bird because it didn’t look washed out, merely white.

In the American Southwest, another color variation besides leucism, one called “yellow variant”, sometimes occurs in house finches. What first appears to be a male house finch: redheaded and red-breasted, instead has a yellowish, yellow-orange, or orange-breast. They are much less common than red colored house finches.

Some birds appear white: white pelican, snowy egret, trumpeter swan. Why are these birds white? Because they have feathers with no pigment so all light falling on them is reflected as white.

But, light falling on the feathers of a bird colored anything other than white is a different story. A blue grosbeak is not blue because of blue pigment, but rather because blue light waves are reflected from the dark blue barbs of the feathers, not the feathers themselves. The same applies to the iridescent feathers of a hummingbird, explaining why the colors change depending on which way the bird is facing and the strength of the light falling on it.

Interesting stuff to know, but don’t let it complicate your enjoyment of bird watching. If you are ever lucky enough to spot a bird with a color variation, you should now have enough information to put a name to it.

Wildlife biologist, writer, and outdoor photographer R.J. (Bob) Luce has lived near and photographed the San Pedro River and its environs in southern Arizona for 14 years. His publications include: River of Life, Four Seasons along Arizona’s Rio San Pedro, two mystery books, and several magazine articles and professional publications.