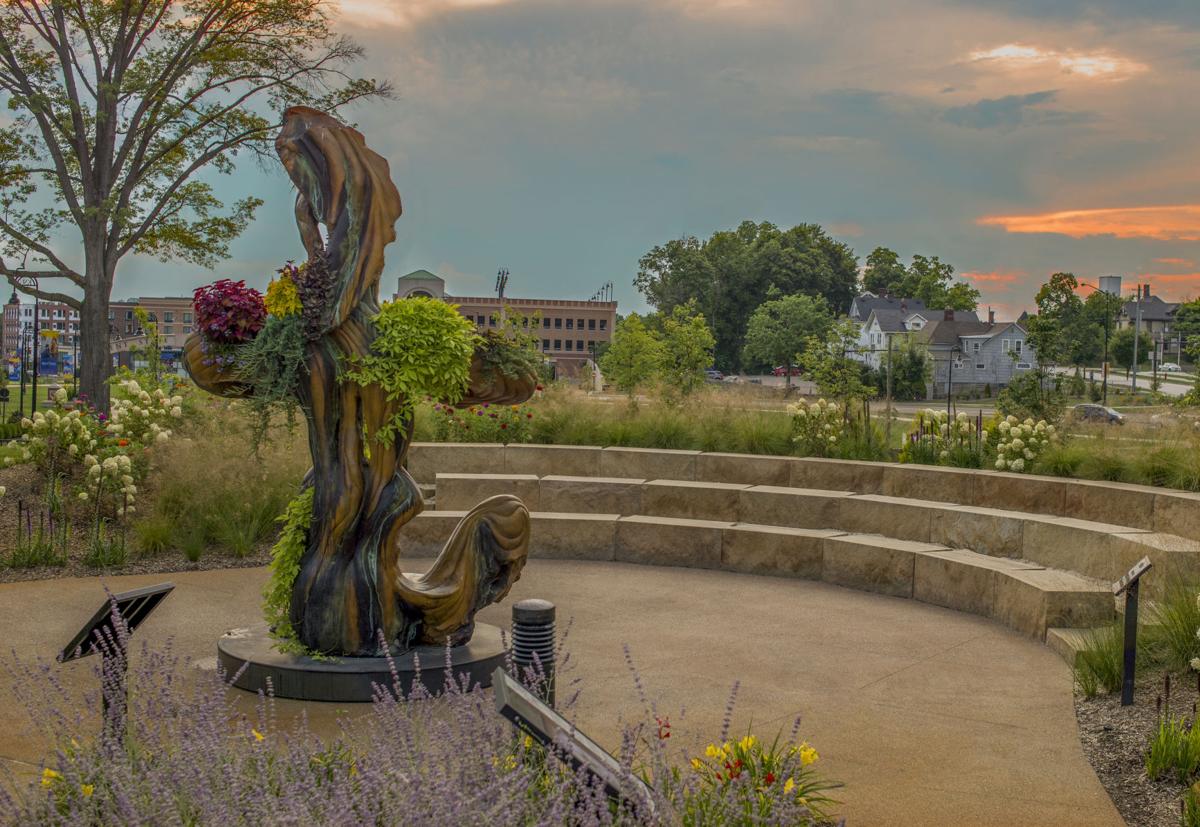 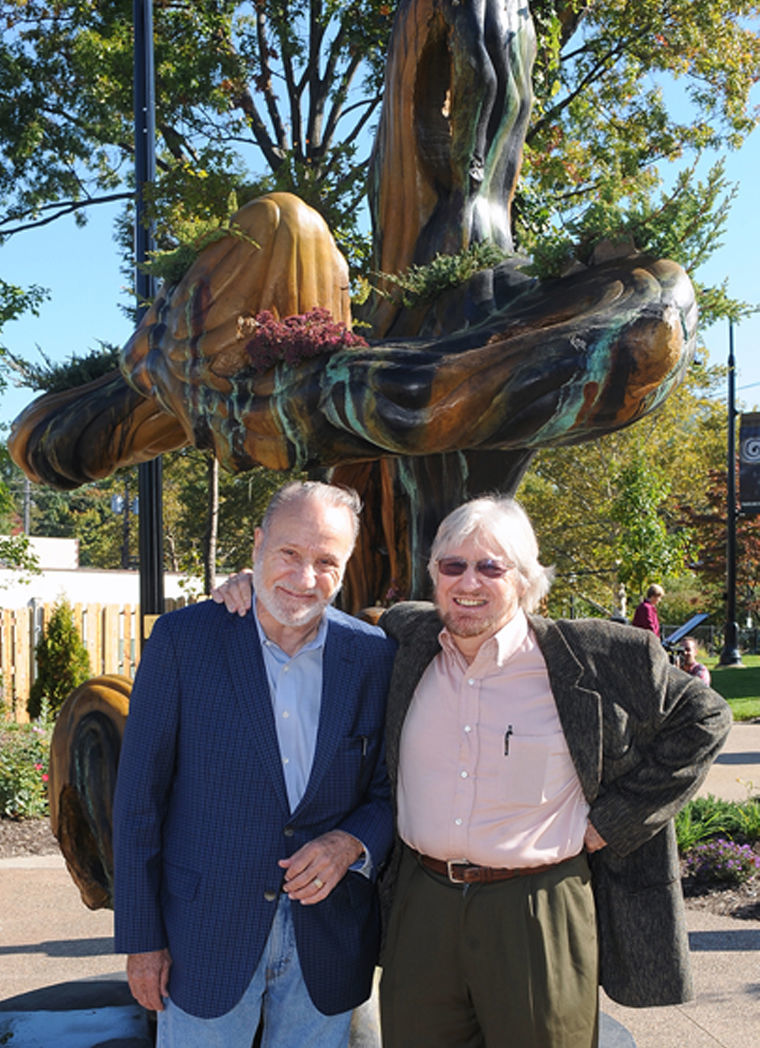 Walt, left, and Robert Wick at the Wick Poetry Center in Kent, Ohio in this 2014 photo. 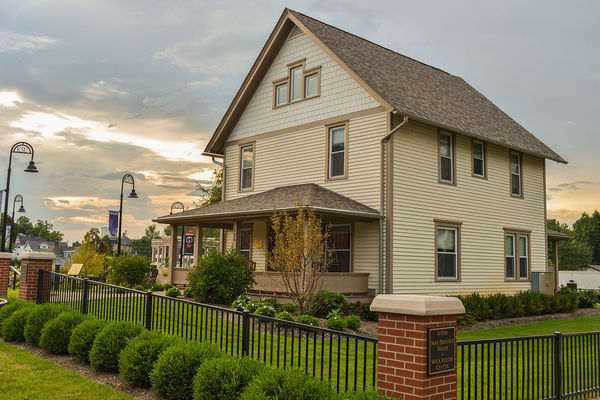 Walt, left, and Robert Wick at the Wick Poetry Center in Kent, Ohio in this 2014 photo.

An insurance check for $35,000 didn’t do much to lessen the grief Robert Wick was experiencing after his 17-year-old son Stanley was killed by a drunk driver on June 30, 1980.

All he knew was it needed to be used for the greater good, and as seed money for something that would uniquely and permanently commemorate his son’s all-too-short life. So, Robert started the Stanley Wick Scholarship at Kent State University in Kent, Ohio, where Robert was a former art instructor.

“Stan was kind of a lousy student, but he was reading Kafka and Aristotle and writing reams and reams of poetry,” Robert recalled. “I didn’t want the scholarship to be based on grades; I wanted it to be based on writing poetry.”

In a tragic coincidence, Stanley’s death came seven years to the day after Tom Wick, the son of Robert’s brother Walt, was also killed in a car accident. Robert invited his brother to include Tom’s name on the endowment, and the owners of the Wick Communications newspaper chain collaborated to expand the scholarship into an entire Wick Poetry Center at Kent State.

Located in the May Prentice House, a two-story 1920s dwelling near campus that had been owned by the first woman professor at the school, the Center drew an instant following. With a million dollars in renovations, to include an amphitheater, garden and a sculpture made by Robert so big you can sit in it, the Center opened in 1984 and, to date, has provided more than $500,000 in scholarships, fellowships and publication awards, including the annual Tom and Stan Wick Poetry Prize.

An expert sculptor, Robert’s artistic talents tend more toward the visual arts than the written, but over the years, he has been moved by the cathartic benefits poetry can provide, particularly the large group readings the Center hosts where people who’ve maybe never before attempted to compose verse were shown how.

“It was so dynamic,” Robert said. “They would have these readings to these kids and there would be more than a thousand people there. Not only that, they worked with veterans who’ve been injured; worked with people with particular maladies, like cystic fibrosis. Once many of these people get a grasp of the use of words and the ability to create feelings through that, it’s incredible…. What they’ve done is brought poetry to the everyday person; to discover the poetry within their hearts. Some of these people have gone through terrible situations.”

The reading that has stuck most with Robert was that of an octogenarian World War II vet, who told the story of a hammer he stole from a neighbor as a child, carried it with him throughout the war and when the war was over, used it to build his house before giving it to his granddaughter.

“It’s such a powerful, touching story,” Robert said. “Obviously the man had never written a poem before in his life, but the crowd went nuts. It puts me in tears today to think the Wick Poetry Program gave him this opportunity to pull this out of himself. It’s so startling, wondrous. I could’ve never imagined anything would come of it from a personal standpoint, but it rewarded me by helping me overcome the death of my son. It is really something special.”

In response to the COVID-19 pandemic, starting at 2 p.m. Arizona time on Tuesday, May 19, the Wick Poetry Center is presenting “Poetry: A Vaccine For Pain and Suffering,” a discussion on Facebook Live and myheraldreview.com about the healing power of poetry, hosted by Wick Poetry Center Director David Hassler.

“At the Wick Poetry Center, we believe in the power of poetry to wake us up and bring us together, especially during these difficult times of uncertainty and isolation,” Hassler said. “At a time when we are all practicing social distancing, we must not be emotionally distant from each other. This crisis is also a mental health issue, and poetry and expressive writing is an important tool to address this issue. Life will not shut us down. Rather, we believe that this difficult and disorienting time will wake us up to the power in our own voices and bring us together in new and creative ways.”

Hassler said “A Vaccine For Pain and Suffering” came from a Wick Poetry Center workshop poem titled “What I Want,” written by a 7th grader from Akron, Ohio, which included the line, “I want to find a vaccine for pain and suffering in the human heart.”

“It’s a great example of leading students through a process to create metaphors and leaping thought of poetry to express some of their deeper emotions and find fresh ways to convey that,” Hassler said. “I think we turn to poetry often in times of crisis to try to make meaning and sense of what troubles us — give it a shape and form, which is what poetry does in language.”

The collective grieving of COVID-19 is of a different sort than what Robert went through 40 years ago, but the role of poetry in the healing process is the same.

“You just let out the feeling through the magic of words and start with what the COVID experience means,” Robert said. “How can we find a way to bring forth from ourselves the richest and best that is within us so we can see what we are all about and maybe bring a sense of magic and wonder and beauty; because there is within us, areas we have never explored. Coronavirus allows us to sit down and explore that depth of feeling, which often the wealth of a nation overlays and hides.”