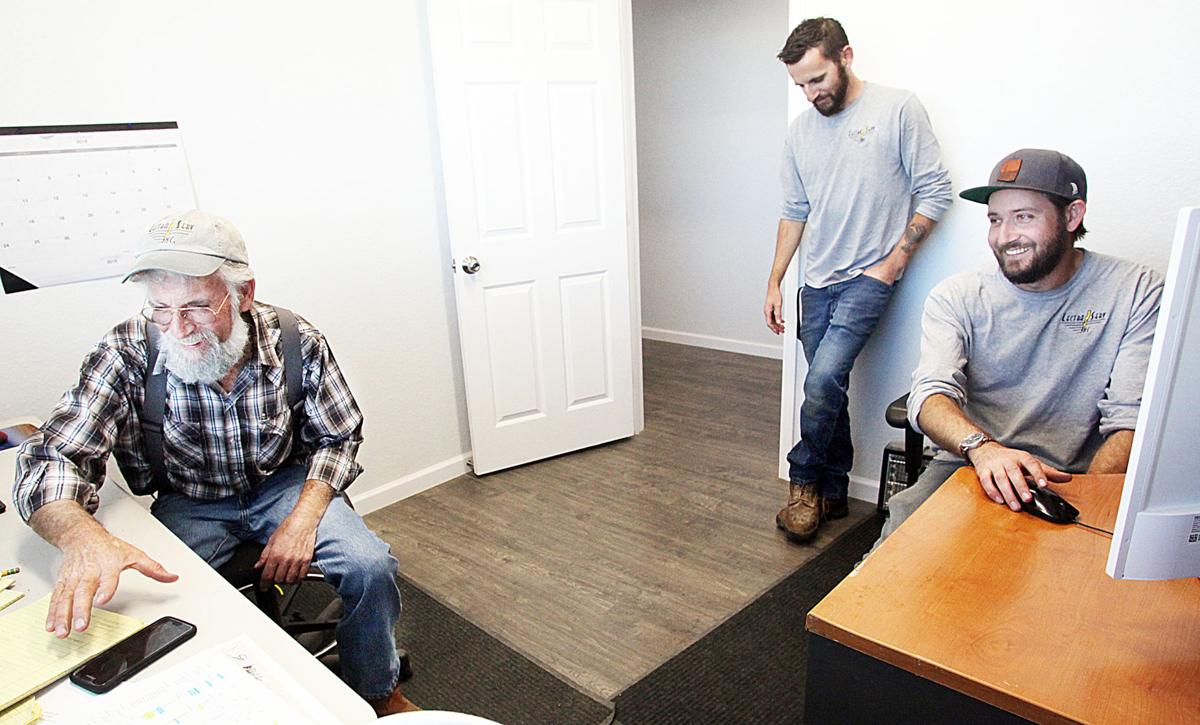 Fred Banks and his sons Isaac and Luke, right, share a laugh while talking business at the family’s Huachuca City offices of Lectra Serv, Inc. 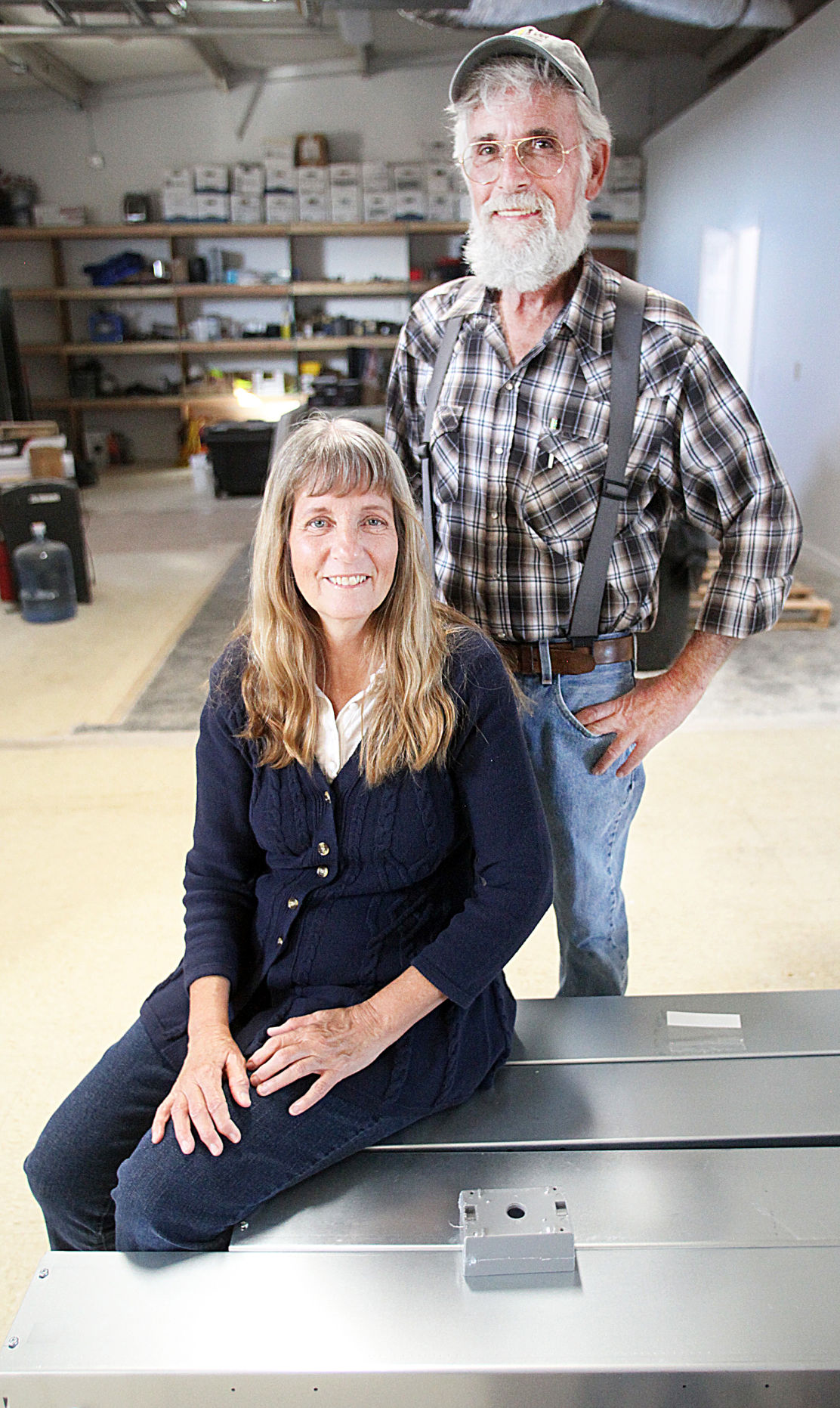 Lectra Serv, Inc. owners Fred and Joy Banks in the warehouse of their Huachuca City-based electrical contracting business. Lectra Serv has been open for 22 years. 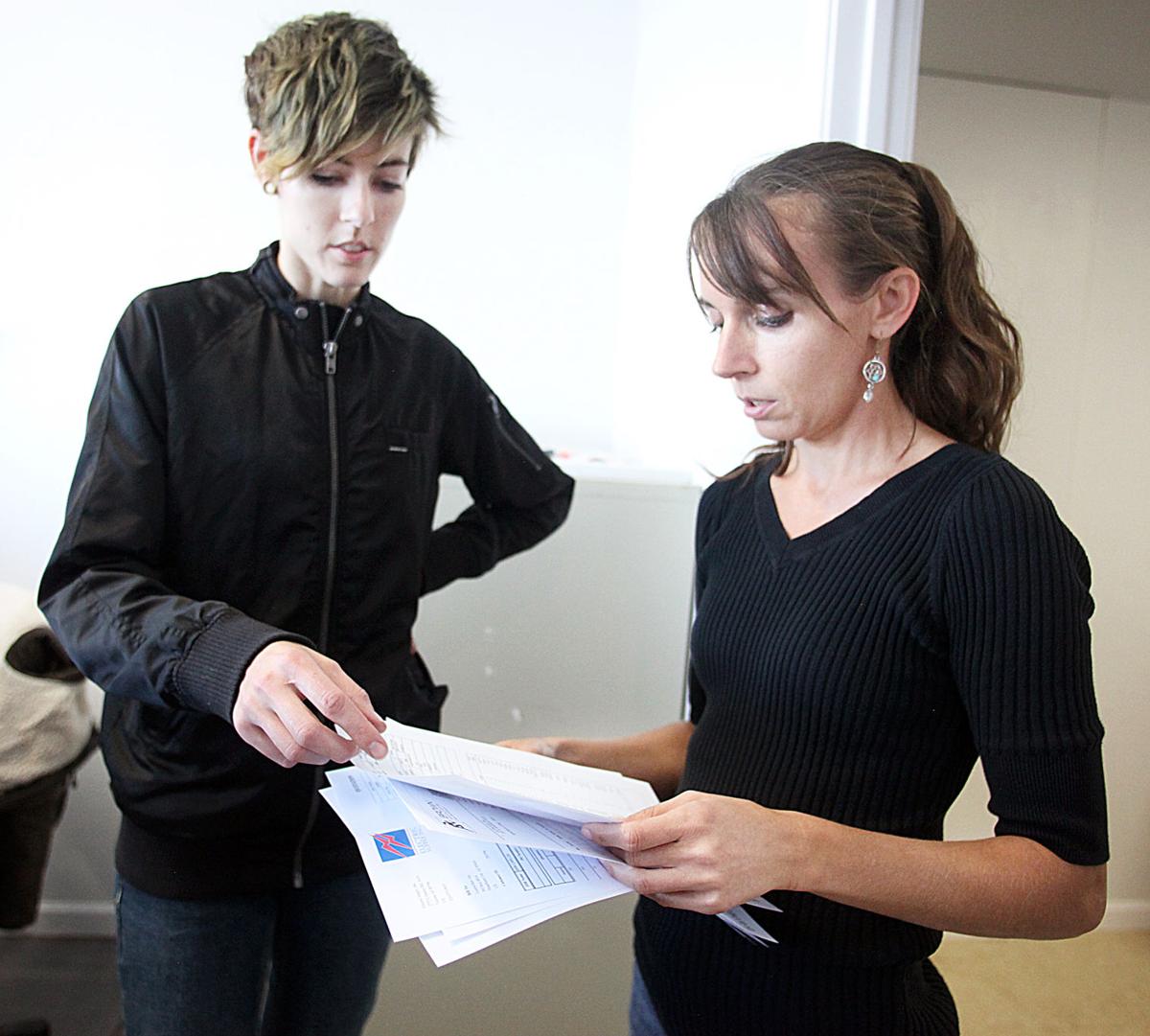 Fred Banks and his sons Isaac and Luke, right, share a laugh while talking business at the family’s Huachuca City offices of Lectra Serv, Inc.

Lectra Serv, Inc. owners Fred and Joy Banks in the warehouse of their Huachuca City-based electrical contracting business. Lectra Serv has been open for 22 years.

Within a few weeks after they started dating, Joy and Fred Banks knew they were meant for each other.

Today, they are the parents of nine grown-children and are business partners of Lectra-Serv Inc., a family owned and operated commercial electrical contracting business based in Huachuca City.

“Not long after we met, I remember writing our future plans on a napkin,” Joy said with a laugh during a recent interview with the Herald/Review. “We were madly in love and were married in 1982, just six months after we met. We knew we wanted a big family and that we wanted our boys to learn the electrical trade from Fred.”

Born and raised in Anchorage, Alaska, Fred grew up learning the commercial electrical trade from his father, Fred Banks, Sr.

“My dad did this before me, so I’ve been in the business my whole life,” said Fred, who is 70. “We have three sons, and all three are in the electrical trade.”

Two of the sons, Luke and Isaac Banks, are Lectra-Serv’s project managers and share the title of vice president, while their middle son, Tiras Banks, works in Minnesota as an electrician.

After leaving Alaska in the early 70s, Fred said he “bounced around the country,” working in different states.

“I worked in Texas, Colorado and Montana, to name a few of the states. Tramping around the country was common among people working in the trades in those days,” he said.

He and Joy were married in Colorado in 1982, where their first three children, Stella, Luke and Tiras were born.

“As a young, married couple, we had a lot going on at the time,” Joy said as she recalled those earlier years. “Fred started a new business and we were starting a new family. We loved Colorado, but in 1987 the state’s economy went into a slump, so Fred started looking for work in other states.”

The family moved to Connecticut, where Fred resumed his business. Seven years and four children later Fred and Joy wanted to move “back out west, because of open spaces and warmer weather,” Joy said. “Isaac, Lea, Mary and Angie were born in Connecticut.”

Fred contacted a former employer who was living in Phoenix and was hired by him to work for Wilson Electric in Sierra Vista.

The couple packed up their seven children, pregnant cat and Akita, and headed to Arizona in 1994.

“We sold everything we had and drove to Arizona in an old Ford flatbed truck and a nine-passenger Suburban,” Joy said. “We camped along the way. It was so much fun.”

After their arrival in the Sierra Vista area, the family lived in an RV on 30 acres of raw land in the Presidential Estates area.

“We had a generator for power and we had to build everything from the ground up. It was a real adventure. The kids loved it,” she said.

Ginny and Tesha, the couple’s two youngest children, were born in Arizona.

Fred worked for Wilson Electric for about five years then started his own business in 1999. His early contracts were mostly wiring Family Dollar Stores across Arizona and New Mexico.

“We got contracts for 50 stores over a five-year period, which was a great way for the boys to learn commercial wiring,” Fred said. “We wired dollar stores all over the state, including Bullhead City, Show Low and Snowflake, as well as some communities in New Mexico.

“Those jobs served as part of the boys’ apprenticeship training in electrical work. Because all the buildings were built the same way, it was the perfect learning experience for them.”

After running the business out of the house for awhile, in 2004 Fred moved Lectra-Serv to its current location — 201 North Huachuca Boulevard — in Huachuca City’s Fountain Plaza.

“I purchased the plaza in 2005, which has six retail spaces. Electra-Serv works out of two of them.”

The company specializes in commercial and industrial projects only, with active contracts on Fort Huachuca and Yuma Proving Ground. Past projects include generator installations at two ports-of-entry, as well as installing a massive generator system at “Dangling Rope Marina” on Lake Powell.

“We installed three 16,000 pound generators at the Lake Powell mariana,” said Isaac, who was one of the crew members that worked on the project. “The only access to the marina was by boat, which meant we had to purchase a boat in order to get back and forth to the job. Our materials were transported on barges.”

At the Douglas port-of-entry job, Lectra-Serv installed a megawatt generator as backup power for the entire port-of-entry complex.

“We’re currently doing a similar project at the San Luis port-of-entry near Yuma,” Fred said. “We also were contracted to do the Space Surveillance Telescope at White Sands Missile Range, and we worked on a telescope at Kitt Peak Observatory.”

“The work that we do is highly specialized,” said Angie, who noted that Isaac has high level certification training in fiber optics systems. “We’re able to design electrical specifications to meet the needs of our customers. We’ve created a niche for ourselves.”