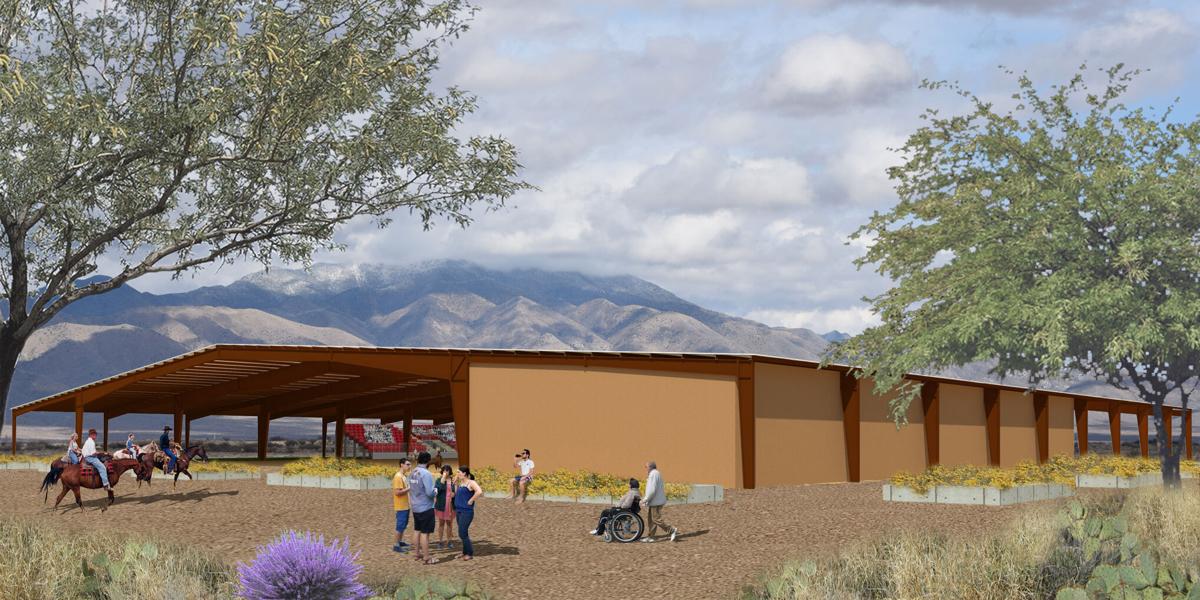 An artist rendering of the planned event center at Quail Park Arena in Willcox. 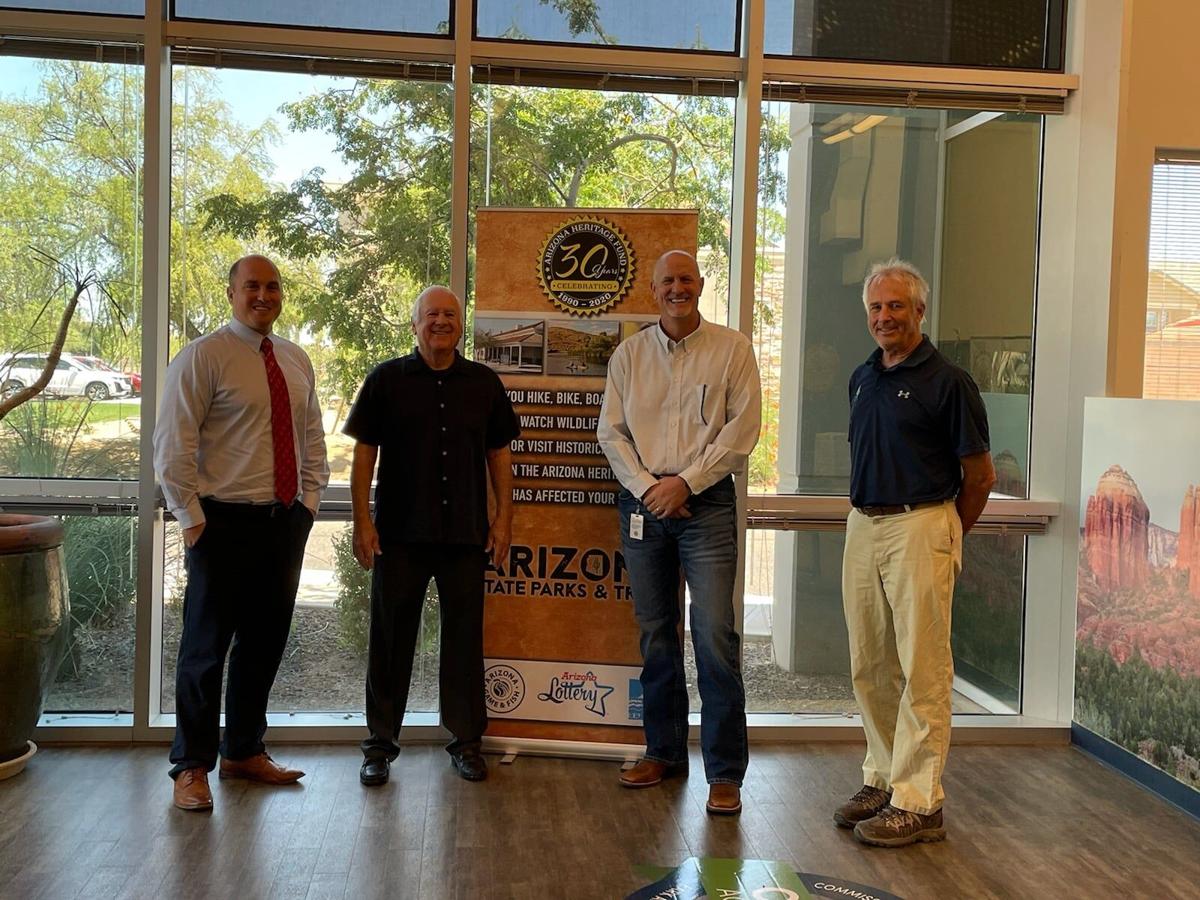 An artist rendering of the planned event center at Quail Park Arena in Willcox.

WILLCOX — Willcox locals Susan Pater and Dwayne Owen have been working alongside the city of Willcox to guide the cash donation process from local businesses seeking to help fund the $800,000-$900,000 construction cost of the new “Farm, Ranch and Youth Event Center” at Quail Park arena.

This event center is one part of the city of Willcox’s plan to generate $4 million in grant funding and donations (cash, online, in-kind) for its city parks renovation project.

Pater, who retired in March after 34 years of coordinating 4-H programs and working at livestock programs throughout the area, has worked with Owen of Willcox Rock and Sand on fundraising for the center.

So far a little more than $400,000 has been raised. All donations go through Pater and are contributed to the Champions for Youth Foundation that she helped found.

“Everybody always talked about wanting to have something in Willcox. That we could have livestock shows. Horse shows,” Pater said.

“Dwayne Owen and I decided it was time to do it. It also coincided with Caleb (Blaschke, city manager) putting together an advisory committee for Quail Park. We went through the process of a half dozen meetings about the needs of Quail Park and what we wanted out there. We first started off with an enclosed building and they told us to dream really big. So we’ve backed off from that a lot. I think that’s probably not sustainable for the city of Willcox.

“That (committee) made of (individuals associated with) anything that had happened out at Quail Park wrapped up (their regular meetings) sometime in 2019. We were about ready to kick off a campaign and then COVID hit.

“So we put everything on pause.

“Dwayne at the same time had been talking to Riverview (farm). They provided the first $50,000 to kick things. So we kind of kicked things off in October-November of 2020. Since then we’ve been trying to raise (funds).

“Part of the reason we named it the ‘Farm, Ranch and Youth Event Center’ was because if it’s going to happen, that’s where a lot of the donations were going to come from. Our farming and ranching community and other businesses in Willcox.

“We sent out a letter, inviting everybody to become a part of it. To become a donor and to contribute $5,000 or more is recognized as a founding donor.

“There will be a wall that will have all of the donors’ names listed on it out there at Quail Park (arena) with the Event Center.”

“A lot of the reason we can get funding through state parks is because they consider equestrian to be a major outdoor activity,” Pater said. “So that’s why we’re able to get matching funds through them.

“When we kicked it off everybody didn’t think we could raise this much money. We said we are going to give it our best. We are going to build whatever we (can) afford.

The concept was for a 225-by-250- for covered arena which included panels for the area, restrooms, bleachers and electrical.

“We’re still, even with that $800,000-$900,000, we’re still looking at a lot of in-kind support,” Pater said. “So before I retired a lot of these same people helped build the pavilion that covered the show arena at Cochise County Fairgrounds. A lot of those same people are helping to build this. We wouldn’t be doing this if it weren’t for Owen and Stephen Klump, (owner of) Mascot Homes (and Const LLC).

“We kind of put it, that it’s going to be like an old-fashioned barn building and everybody coming together to help direct (the) building once we get going. How we’re reducing (the) cost of building is through in-kind support.”

Pater said they need probably another $100,000 to get most everything that they need to get done, assuming they get the full matching from state parks. They also would like to create a trail system and community meeting roomat Quail Park.

“So I basically drafted the grant proposal and then Caleb reviewed and helped to proof (read) it, Pater said. “We kept tweaking on it. It started out at a fairly small grant and then it ended up much larger. It’s gone through multiple versions.