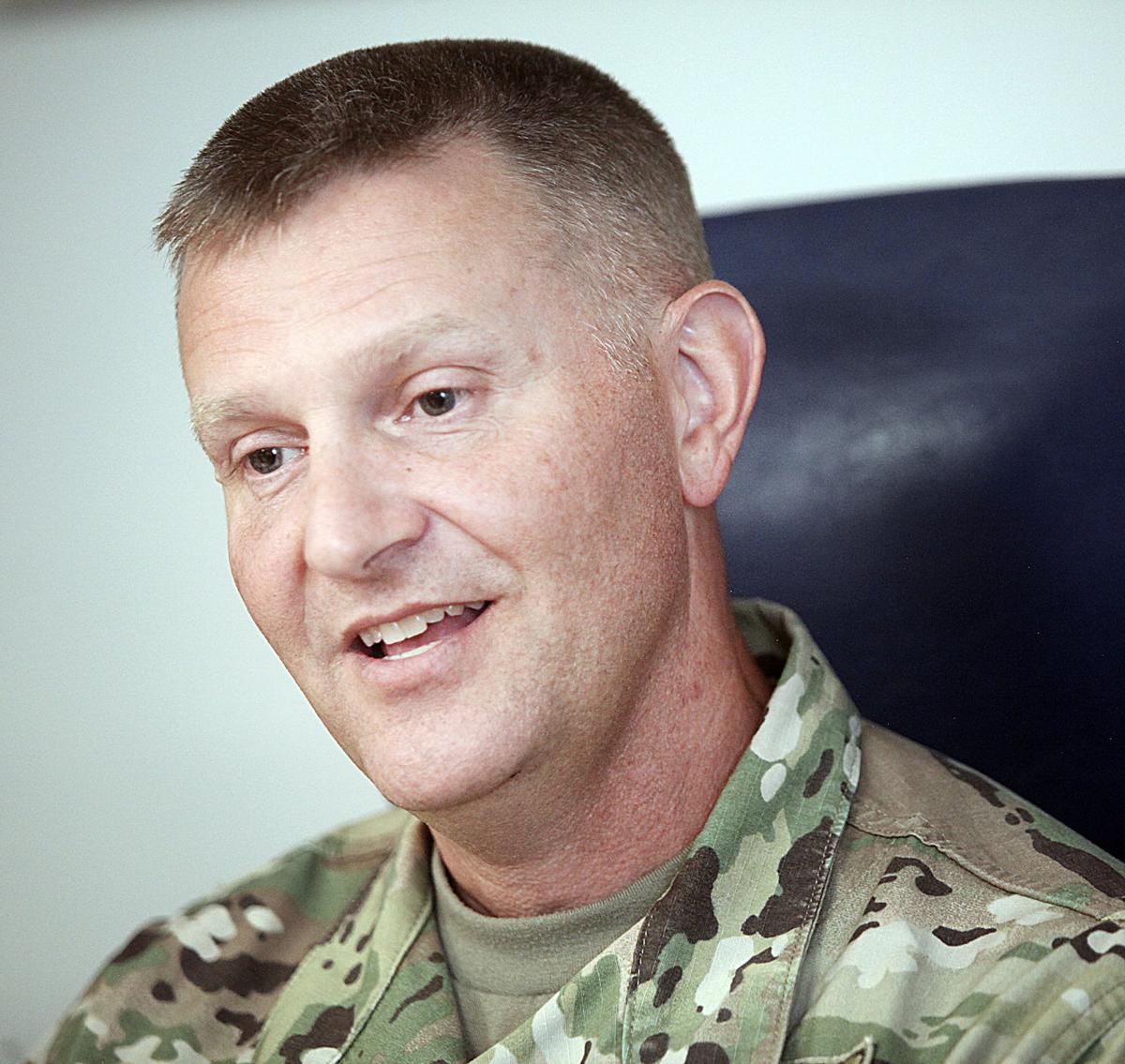 Command Sgt. Maj. Warren Robinson talks about the importance of non-commissioned officers in the Army. 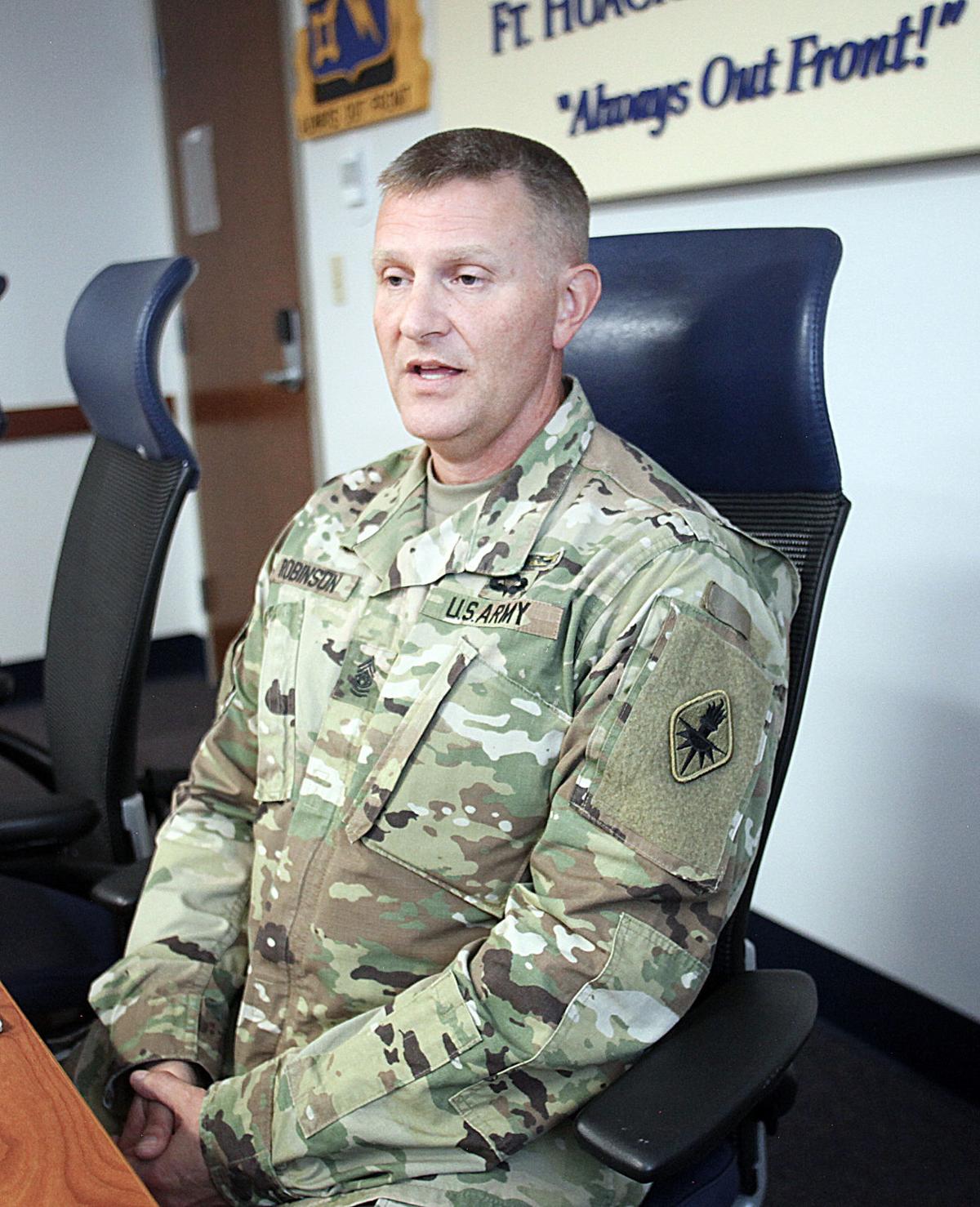 Command Sgt. Maj. Warren Robinson talks about the importance of non-commissioned officers in the Army.

FORT HUACHUCA — Non-commissioned officers were the center of attention last week at the United States Army Intelligence Center of Excellence and Fort Huachuca as they were celebrated with everything from an induction ceremony, to a Sumo wrestling competition.

It was NCO Week at Fort Huachuca and one of the highlights on the schedule was the induction of dozens of sergeants on Wednesday morning. The week was capped on Friday with demonstrations of the Army’s new fitness test in an event called “Army Combat Fitness Test Brawl.” That took place at Warrior-Sentinel Fields and included the Sumo-style combative pit.

But what exactly is a non-commissioned officer? Hollywood portrays them in movies as the loud and heartless drill sergeants who yell at clueless, young soldiers trying to survive the rigors of military life. The Herald/Review learned who these valuable members of the U.S. Army are and what they do as Command Sergeant Major Warren “Kelly’ Robinson at Fort Huachuca explained — it’s clear that Robinson, a senior NCO, admires these key individuals whom he referred to as the “backbone of the Army.”

Herald/Review: What is an NCO?

CSM Warren Robinson: A non-commissioned officer. We are the backbone of the Army. We are not just leaders. We are also managers. We do a little bit of both. The NCO fills the gaps, always has in our Army. We look at the beginning, back in the Revolutionary War. As we fought that old war, it would be just two lines of troops that would come up to each other. If a soldier went down, you know who filled in that gap? It was a non-commissioned officer.

I think it’s the exact same type of scenario we have today. We can fill any gap we need to out there. We are the trainers of soldiers. We train the mission. We enforce standards. We are the discipline of the Army. We make sure that we stay on target. Something folks don’t always think of, is culture and a positive environment. That falls within our realm, as well.

HR: How did the NCO come about?

WR: It quickly came to light that we needed somebody who could truly take care of the details of soldiers when it came time for training, taking care of their wellbeing. Officers were having to plan the missions, plan the battles. There was a big gap taking care of soldiers and NCOs were developed to fill that gap.

HR: Are NCOs only at Fort Huachuca, or at all Army bases?

HR: What is the beginning rank for an NCO?

WR: You can actually have a corporal at the E-4 level, but there are not many of them. Typically it does start at sergeant, but you can be a corporal.

HR: What is the NCO induction ceremony?

WR: I had never seen one (induction ceremony) until I became a sergeant major almost 10 years ago. I saw one and i said what a great opportunity to kind of pause the day because that is really where you cross over from being the led into becoming the leader. I think it’s important that we pause for just a minute and recognize that moment and make it special for those NCOs.

HR: What are some of the components of the Army’s new fitness test that we will see at the end of NCO Week?

WR: We have been doing the same Army physical fitness test going on 40 years. It’s simple to give, it’s quick and easy. But it does not encompass a holistically fit soldier. Now with new technologies that are out there and the crossfit generation if you will. I think this new test will be very good for our army.

This is going to create a much more physically fit soldier who I think will be more sustainable on today’s battlefields. Some of the events include a deadlift, we’re (also) altering the way we do push ups, they’re going to have a medicine ball throw, a leg tuck, a sprint-drag-carry, and a two-mile run. The test is also designed not just to increase your physical fitness, but to minimize injuries to soldiers.

HR: What do people need to know about NCOs?

Turning a civilian into a soldier is not simple. It’s very complex. It takes a lot of time and energy. Another thing NCOs do is we advise officers. And when you get to the senior level you are advising your commanders on any number of matters.

It’s not just a matter of how the soldiers are doing. We have to understand the mission. We have to understand the commanders’ requirements and how that affects the soldiers. And we have to balance time and mission. We also have to balance time with the families. Families are part of our mission. We have seven Army values and our NCOs embody those Army values and they ensure that everybody else embodies those values. The other thing that our NCOs do is to build trust. And trust is the cornerstone, it is the bedrock of the Army profession. And I think our NCOs do a great job with that.