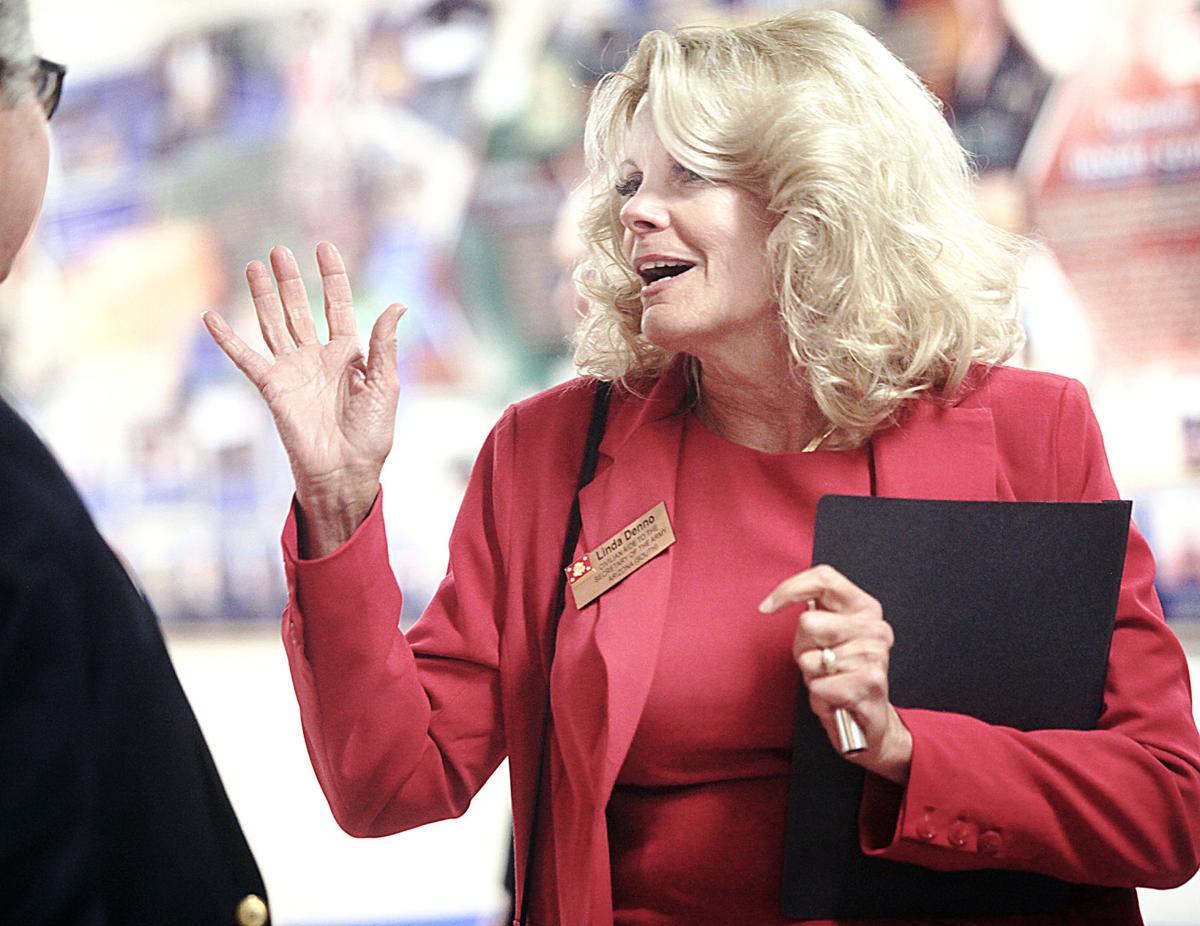 Linda Denno interacts at Wednesday’s Civilian Aide to the Secretary of the Army Southeast Arizona Investiture Ceremony on Fort Huachuca. Denno was named the new CASA. 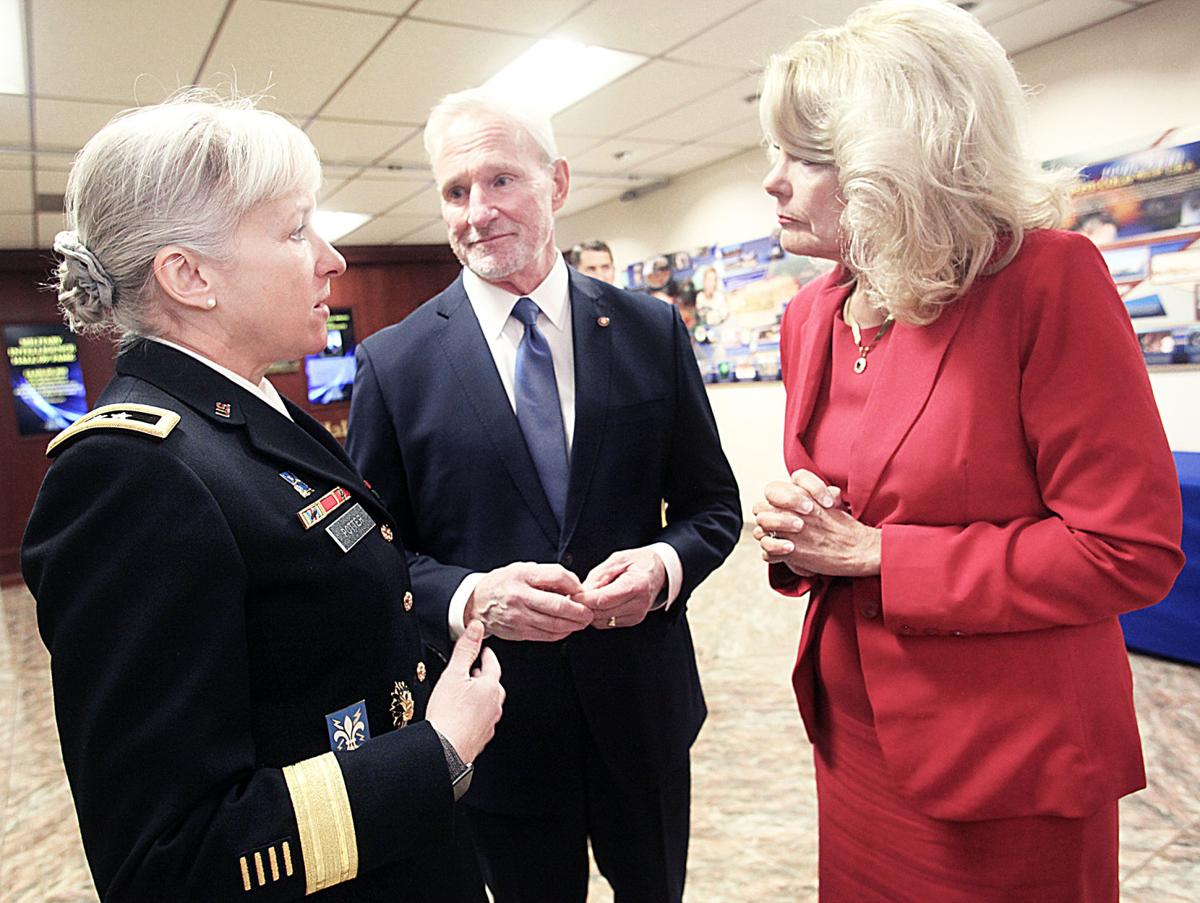 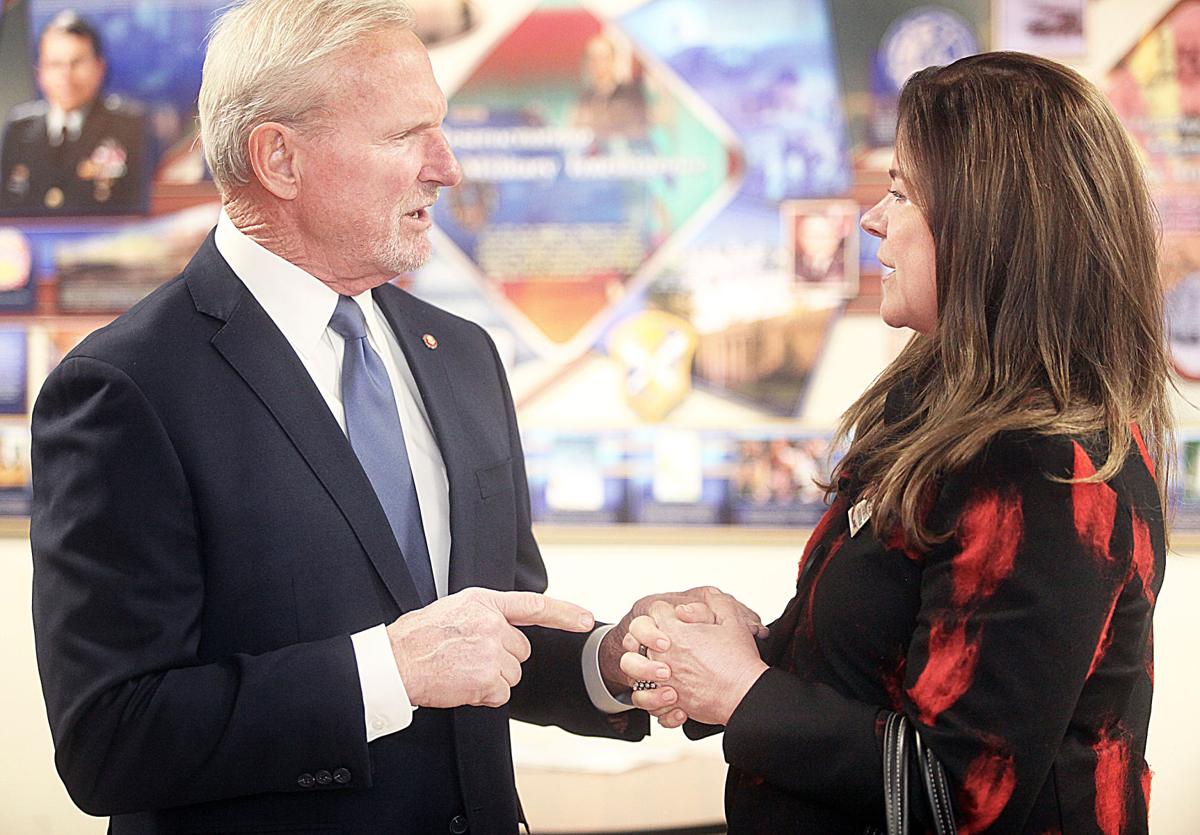 Linda Denno interacts at Wednesday’s Civilian Aide to the Secretary of the Army Southeast Arizona Investiture Ceremony on Fort Huachuca. Denno was named the new CASA.

FORT HUACHUCA — An academic whose leadership at the University of Arizona helped jumpstart the enrollment of one of the school’s flailing bachelor degree programs was named as the Civilian Aide to the Secretary of the U.S. Army in a short ceremony Wednesday.

Linda Denno, an interim dean at the University of Arizona South in Sierra Vista, became one of three CASAs (Civilian Aide to the Secretary of the Army) for the state of Arizona. She will be the CASA for Southeast Arizona.

Denno’s investiture ceremony, held at Fitch Auditorium on Fort Huachuca, was supposed to be hosted by Secretary of the Army Ryan McCarthy. But the Secretary had to cancel, and instead Maj. Gen. Laura Potter, commander of the U.S. Army Intelligence Center of Excellence and Fort Huachuca, presented Denno with her pin.

Potter commented that the Army is all about badges and medals, which she called “a walking resume.” She said the pin she was about to place on Denno’s suit lapel was a “very important pin,” because those who wear it know that it symbolizes commitment to the Army and its various missions.

Potter also presented the outgoing CASA for southeast Arizona, Randy Groth, with a certificate of CASA Emeritus, to mark the conclusion of his decade of service as a CASA.

According to the U.S. Army, “CASAs are government employees who agree to serve as representatives of the Secretary of the Army for a 2-year term without salary, wages or related benefits. Terms may be extended to a total of 10 years of service. The Secretary may recognize a civilian aide as a CASA Emeritus after 10 years of distinguished service.”

“Each CASA is committed to supporting all Department of Army civilians, soldiers and their families. In particular, CASAs partner with the Soldier for Life program to assist soldiers as they transition from the Army. Individuals tapped for the post are usually business and/or community leaders appointed by the Secretary of the Army to advise and support Army leaders across the country.”

As the department head for Applied Sciences at UA South, Denno helped enrollment in the Bachelor of Applied Science degree programs more than quadruple, from 143 students in six programs, to over 1,000 students in 11 programs projected for fall 2019.

She thanked Groth — who was also associate vice president and dean at UA South — for mentoring her, as well.

Groth meanwhile, said being a CASA for the last decade “was an absolute wonderful experience.” Also married and a father of two, Groth owns a real estate holding company and a real estate development concern. He is also part owner of an unmanned aerial systems engineering and manufacturing business.

“Most importantly I got to spend time with soldiers and their families,” Groth said, describing his time at hospitals where he sat with injured troops. “It’s made me a better person. I feel I’m a better man as a result of this experience.”