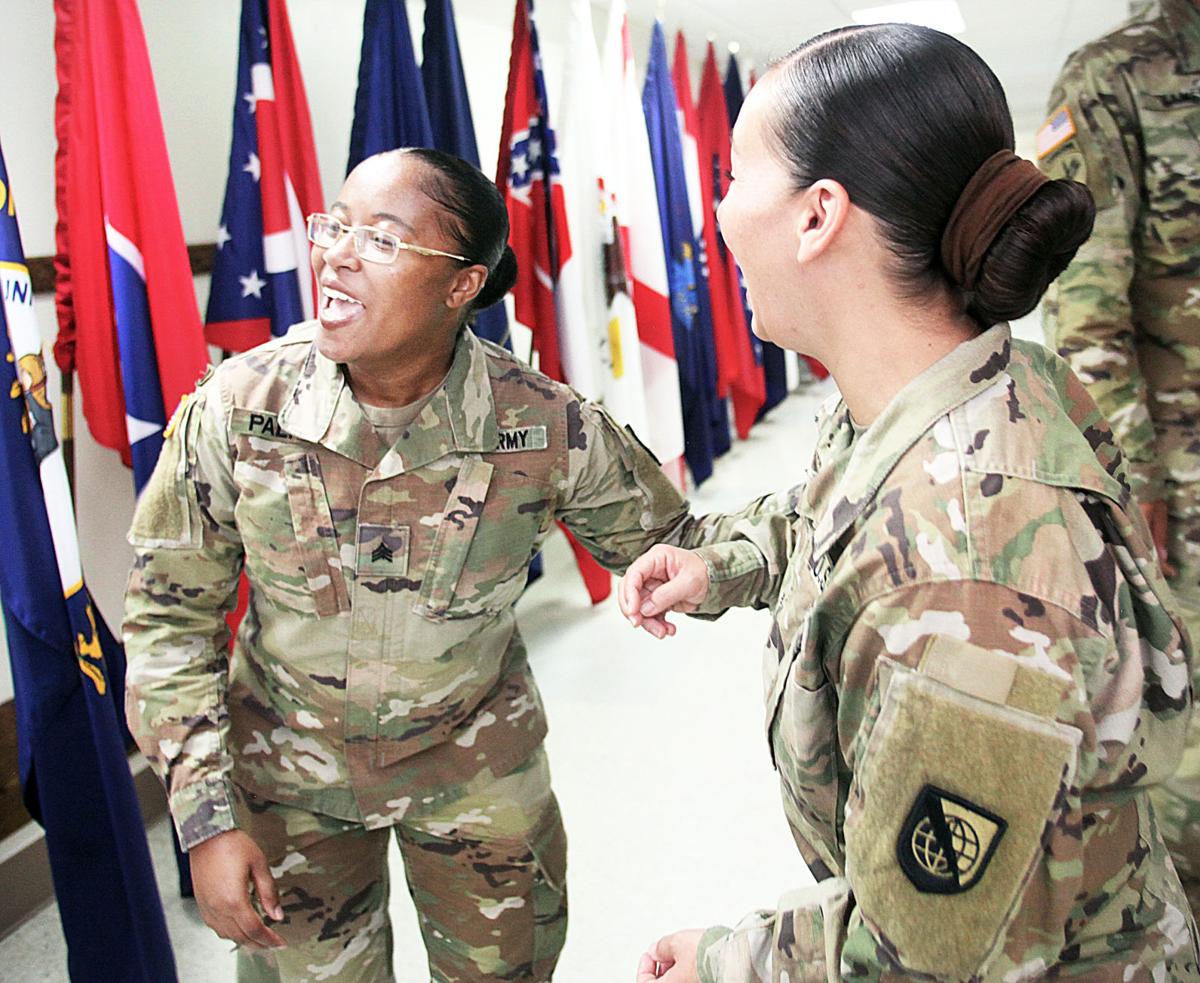 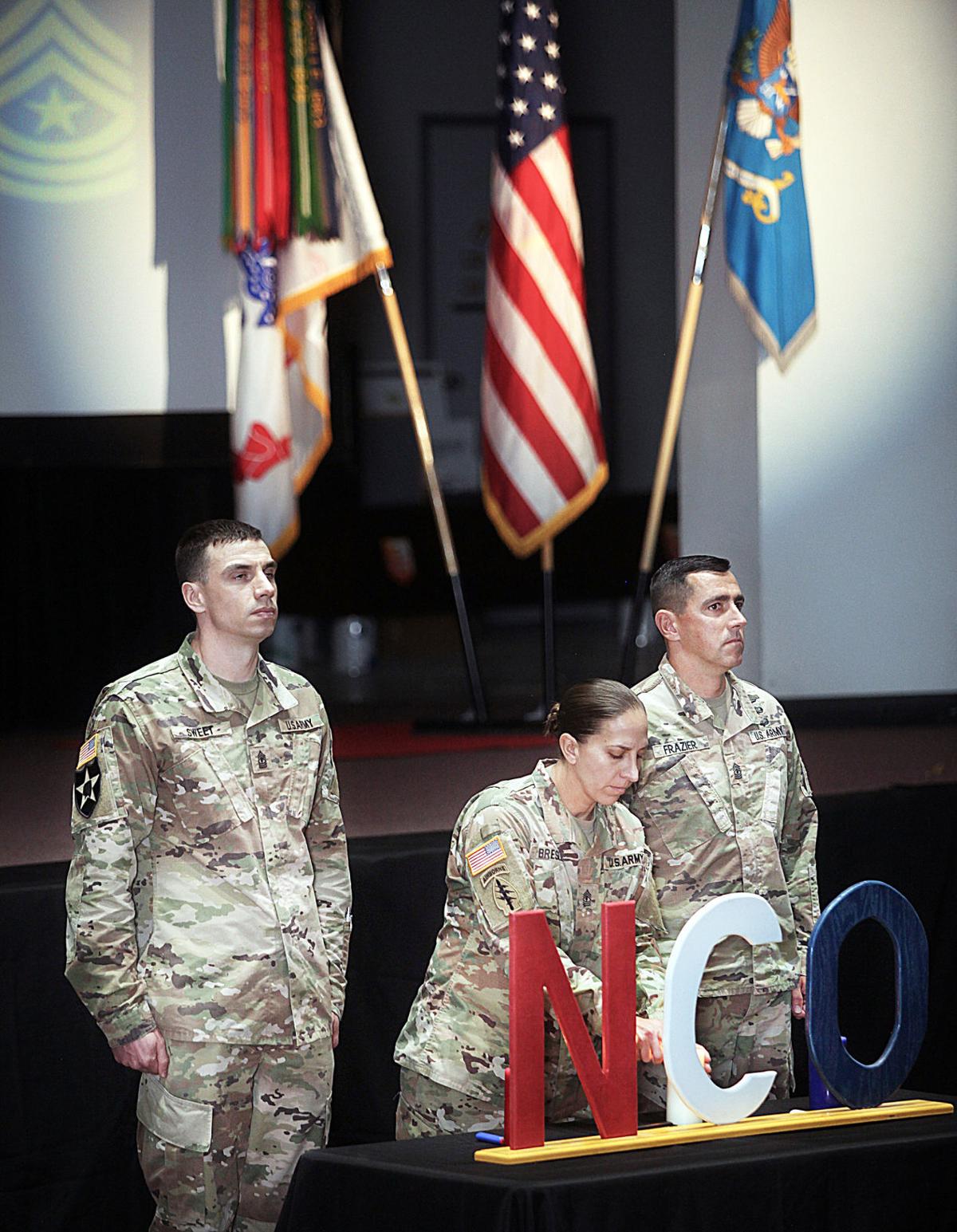 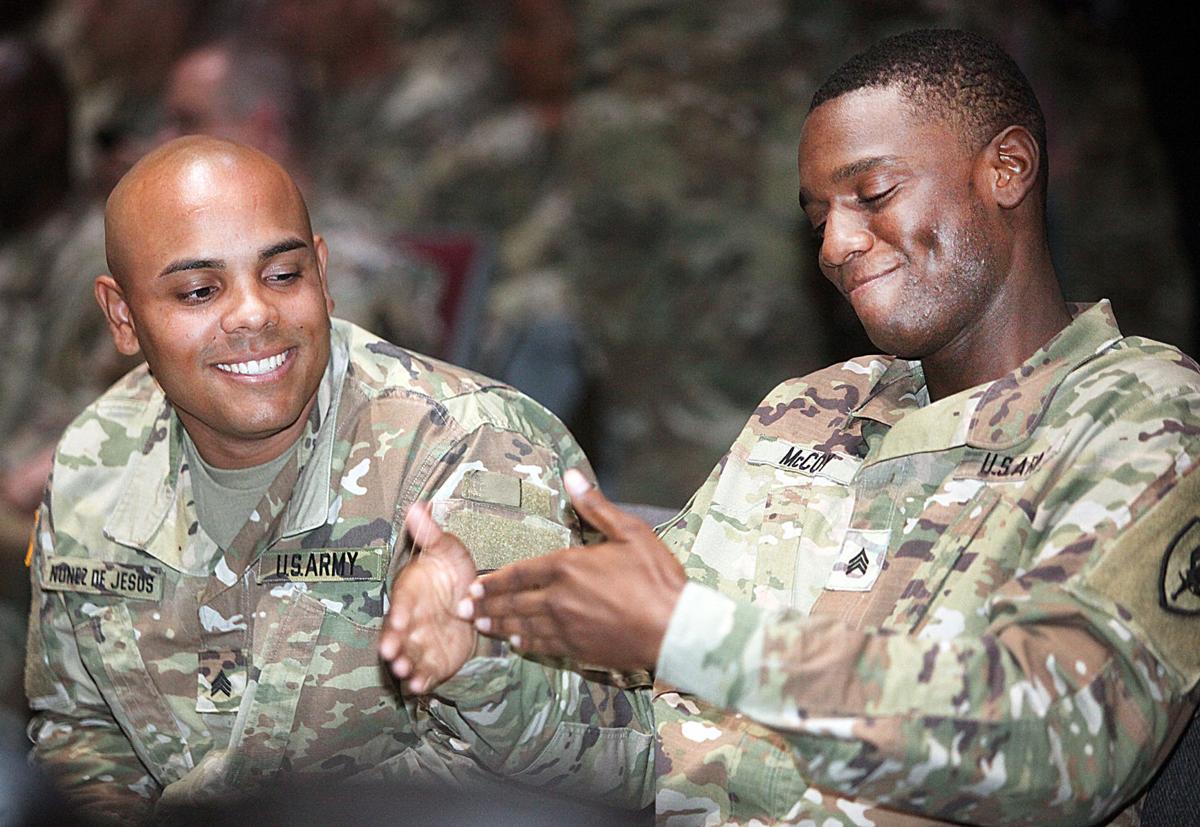 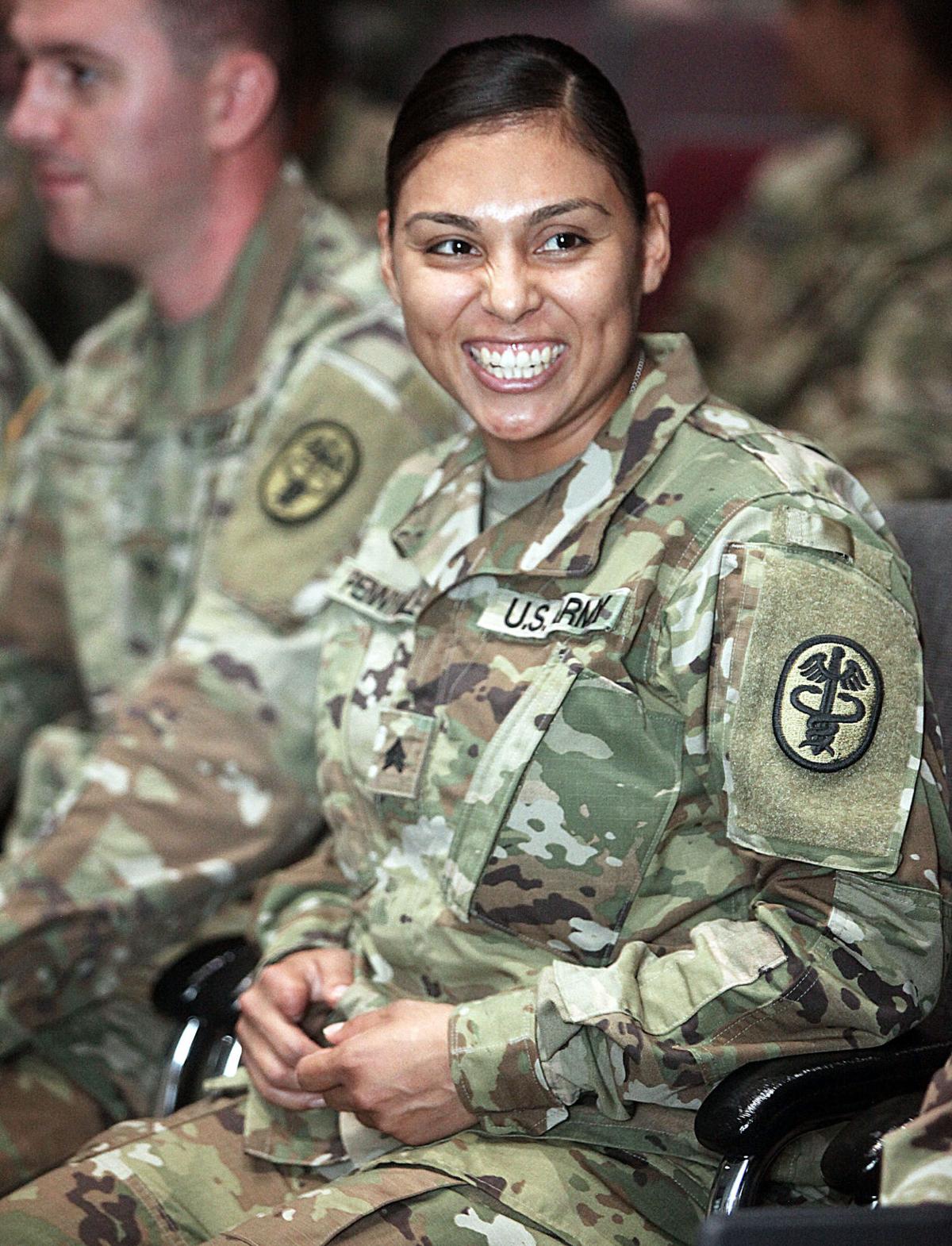 FORT HUACHUCA — On Wednesday morning, almost 40 new sergeants were inducted into the Noncommissioned Officer Corps of the Army at Fort Huachuca. Retired Sgt. Major of the Army Raymond Chandler was in attendance as guest speaker, and after the ceremony led a Leader Professional Development session.

The induction ceremony took place as part of Fort Huachuca’s NCO Week, and was “a celebration of the newly promoted joining the ranks of a professional noncommissioned officer and emphasized and built on the pride shared by member of such an elite corps,” according to Tanja Linton, media relations officer for Fort Huachuca.

Though this year was not Fort Huachuca’s first time organizing an NCO Week, it was the first NCO induction ceremony to take place in years. “I”m sure a lot of you haven’t been to an NCO induction before. This is a rare occurrence now, a lot of installations don’t do this anymore,” said Command Sgt. Maj. Warren Robinson at the event.

“To have the SMA retired come to speak at this is a real treat for all of us, I hope this is something you remember,” he told the attendees.

Sergeant First Class Matthew Foldenauer conducted the event, and offered an introductory message reminding the guests of the importance and duties of the NCOs newly assumed roles.

“Having been selected, trained, and duly promoted, they now face another transition — their induction into the NCO Corps,” Foldenauer stated. “For being a Noncommissioned Officer is more than acquiring skills, passing boards, and completing courses; it is a change in mindset that says, ‘I will be a professional at all times and in all ways. I will train and care for my soldiers, whereas before I was only concerned with my own training, welfare and mission accomplishment.’”

After a symbolic candle lighting ceremony done by three first sergeants, the 37 women and men each took their turn crossing the stage to be received by Robinson and Chandler. The auditorium then filled with a thunderous noise as all the newly inducted NCOs together recited the NCO Charge, starting by declaring loudly that “I will discharge carefully and diligently the duties of the grade to which I have been promoted and uphold the traditions and standards of the Army.”

Following tradition, five junior soldiers — the type of soldiers the newly appointed NCOs will have charge of — stood in turn to offer “a request on behalf of the soldiers to the Noncommissioned Officers,” which included that the NCOs respect, communicate with, and train well the soldiers, which the new NCOs again responded to in unison with a resounding, “We will honor your requests!” and a recitation of the Creed of the Noncommissioned Officer and, joined by all past and present NCOs in attendance, the NCO Charge.

As Chandler then stood as the guest speaker, he reaffirmed the importance of the role that NCOs play by recounting his own story as a new recruit into the Army, describing himself as a “dud” who struggled in school and only took interest in the Army after seeing tankers in a movie.

“I had a sergeant who decided he was going to do a little reclamation project, take this troubled youth and actually turn him into a soldier. He took me under his arm and said, ‘listen to me, and you will be alright,’” Chandler said.

“Something clicked — he listened to me, and he didn’t agree with or sympathize with me, but he listened to me, to who I was, and made an effort to put himself in my shoes. Eventually, I was very successful and had a very successful career ... and that’s the impact you newly promoted NCOs are going to have on someone’s life if you choose to extend yourself, to make a difference.”

Following the induction ceremony, a new wave of soldiers filled the seats and lined the walls of the auditorium as Chandler took the stage as part of a Leadership Professional Development session. Having been sworn in as the 14th Sergeant Major of the Army in 2011, he afterward retired from the Army and worked as a business development principal analyst for Lockheed Martin.

Coming from his home in Florida to attend the events in honor of Fort Huachuca’s NCO Week, Chandler spoke to attendees about leadership and the transition from military into civilian life after retirement.

“We’ve still got a mission after we leave the Army,” he said. “The mission when you retire is to hire and inspire,” — to hire other veterans if they are in a position to do so, and to share share their stories to inspire others, noting they veterans can be the best recruiters the Army has.

He also offered his advice to the soldiers to look forward and plan ahead to a life outside of the military, encouraging listeners to get a college degree and the credentials in addition to stellar leadership abilities to qualify for the job they want.

He then answered questions about the changes in policy he made as SMA, his personal leadership style, and the transition to companies “outside of the gates of Fort Huachuca,” which Chandler describes as being more impersonal than team-centered Army ideologies, recommending that retired soldiers “will exceed expectations” in such businesses by applying the personal leadership strategies they developed in the Army.