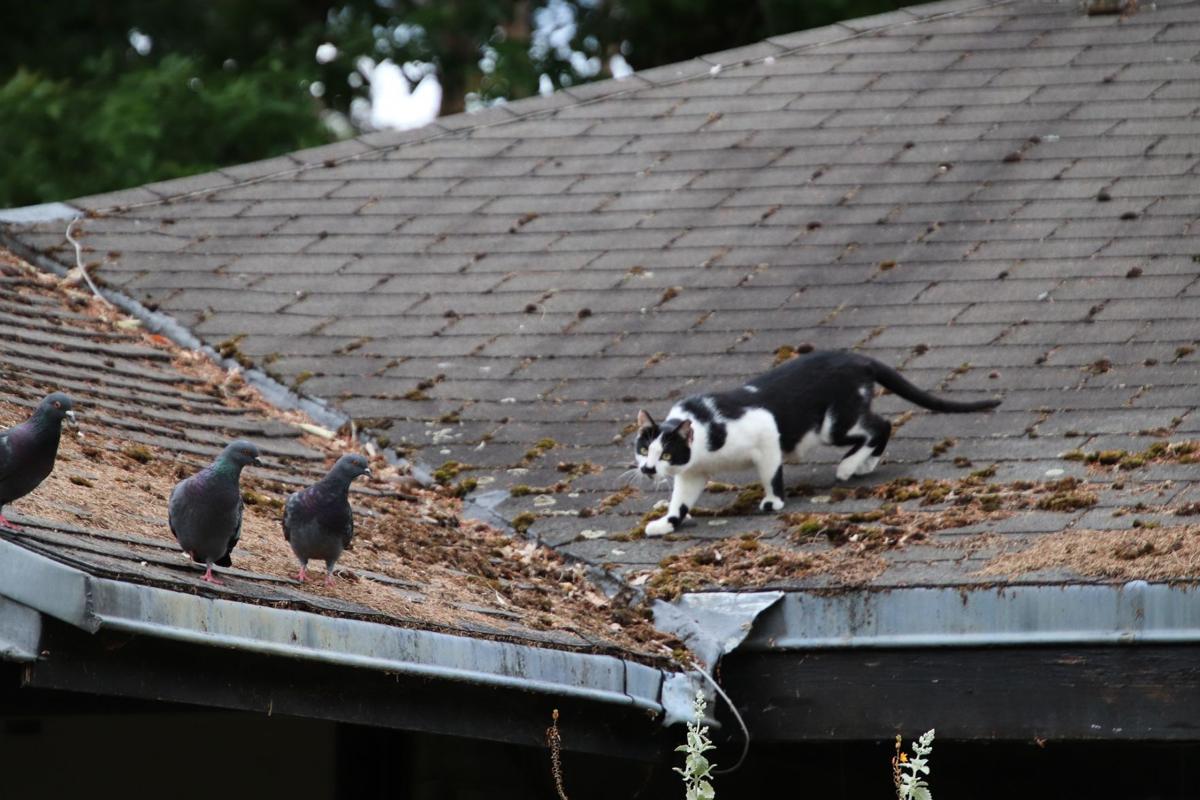 Roaming cats accounted for about 2.6 billion bird deaths, according to a recent study that found North America has lost about 30 percent of its bird population over the last 50 years. 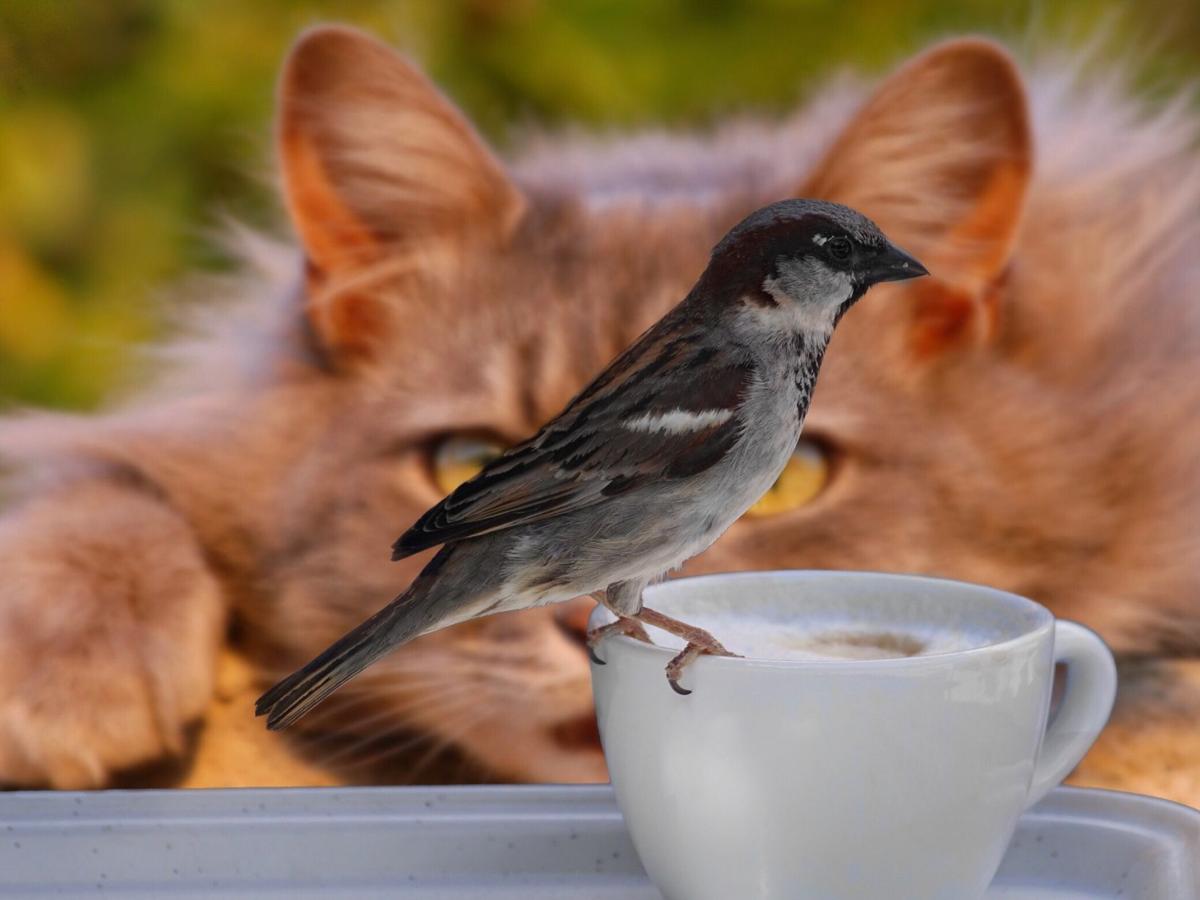 Roaming cats accounted for about 2.6 billion bird deaths, according to a recent study that found North America has lost about 30 percent of its bird population over the last 50 years.

SIERRA VISTA — How is it possible to lose almost 30 percent of the North American bird population in just 50 years?

Choose one from the list of several reasons, says a study published in Science magazine and discussed in a press release by Cornell University Lab of Ornithology. Staff worked with members of the American Bird Conservancy, Smithsonian Migratory Bird Center, U.S. Geological Survey, the Canadian Wildlife Service, Environment and Climate Change Canada, Bird Conservatory of the Rockies and Georgetown University on the study and came up with the statistics.

Citizens provided data for the North American Breeding Bird Survey, coordinated by the USGS and the Canadian Wildlife Service, some through the annual Audubon Christmas Bird Count.

Researchers found a startling decline of an estimated three billion birds since 1970, Cornell reported. The biggest losses were found in a dozen common bird species including sparrows, warblers, finches and swallows, which play an important role in the environment through seed dispersal and pest control.

Birds were analyzed “on a group-by-group basis to identify declines among species that use similar habitats,” according to Cornell.

Habitat loss and degradation are suspected to be the major causes of decline with the use of pesticides close behind.

As for human causes of bird decline, No. 1 was roaming cats, which they estimated accounted for about 2.6 billion bird deaths. Another 624 million crashed into windows and 214 million were killed by vehicles. Birds also collided with industrial sites, such as power lines and communication towers killing some 64 million birds.

“The results show tremendous losses across diverse groups of birds and habitats — from iconic songsters such as meadowlarks to long-distance migrants such as swallows and backyard birds including sparrows,” stated Cornell.

“2.9 billion fewer breeding birds live in North America than there were in 1970.

Ken Rosenberg, the study’s lead author and a senior scientist at the Cornell Lab of Ornithology and American Bird Conservancy, stated, “Multiple, independent lines of evidence show a massive reduction in the abundance of birds. We expected to see continuing declines of threatened species. But, for the first time, the results also showed pervasive losses among common birds across all habitats, including backyard birds.”

Coauthor Peter Marra, senior scientist emeritus and former head of the Smithsonian Migratory Bird Center and now director of the Georgetown Environment Initiative at Georgetown University, said, “These data are consistent with what we’re seeing elsewhere with other taxa showing massive declines, including insects and amphibians. It’s imperative to address immediate and ongoing threats, both because the domino effects can lead to the decay of ecosystems that humans depend on for our own health and livelihoods — and because people all over the world cherish birds in their own right. Can you imagine a world without birdsong?”

Even with those disturbing revelations, there was still room for a little bright news – “conservation efforts helped bring some birds back,” the study revealed.

The Bald Eagle, waterfowl and wetland species are showing increased numbers through protection status, investments in conservation by hunters and through billions of dollars of government funding for wetland protection and restoration, according to Cornell.

The U.S. House of Representatives could approve HB 3742, the Recovering America’s Wildlife Act, in the U.S. House of Representatives and budget $1.4 billion annually for state wildlife agencies and tribes “to halt the current decline of hundreds of species, enabling them to implement their wildlife action plans and to conserve threatened and endangered species, particularly by increasing recovery efforts. These programs should include renewed emphasis on recovering declining bird populations,” states the bill. The Senate could follow with their own version.

“It’s a wake-up call that we’ve lost more than a quarter of our birds in the U.S. and Canada,” said coauthor Adam Smith, from Environment and Climate Change Canada. “But the crisis reaches far beyond our individual borders. Many of the birds that breed in Canadian backyards migrate through or spend the winter in the U.S. and places farther south — from Mexico and the Caribbean to Central and South America. What our birds need now is an historic, hemispheric effort that unites people and organizations with one common goal: bringing our birds back.”

State fish and wildlife agencies have identified more than 12,000 species in need of proactive conservation efforts in the United States, including the more than 1,600 U.S. species already listed as threatened or endangered under the Endangered Species Act.

Birds — One–third of bird species in North America are in need of urgent conservation action.

Fish — More than 40 percent of freshwater fish species are at risk in North America.

Amphibians — Approximately 42 percent of amphibian species (frogs, toads, and salamanders) are threatened or declining in the United States.

Butterflies — Of the roughly 800 butterfly species in the United States, 17 percent are known to be at risk of extinction—but that’s likely just the tip of the iceberg, since there isn’t enough information on many native butterfly species.

Bumblebees — More than one-quarter of North American bumblebee species are facing some degree of extinction risk.

Bats — An estimated 18 percent of bat species are at risk of extinction, with an additional 13 percent potentially at risk. This places bats among the most threatened groups of North American vertebrates.

“People all over the world cherish birds in their own right. Can you imagine a world without birdsong?”