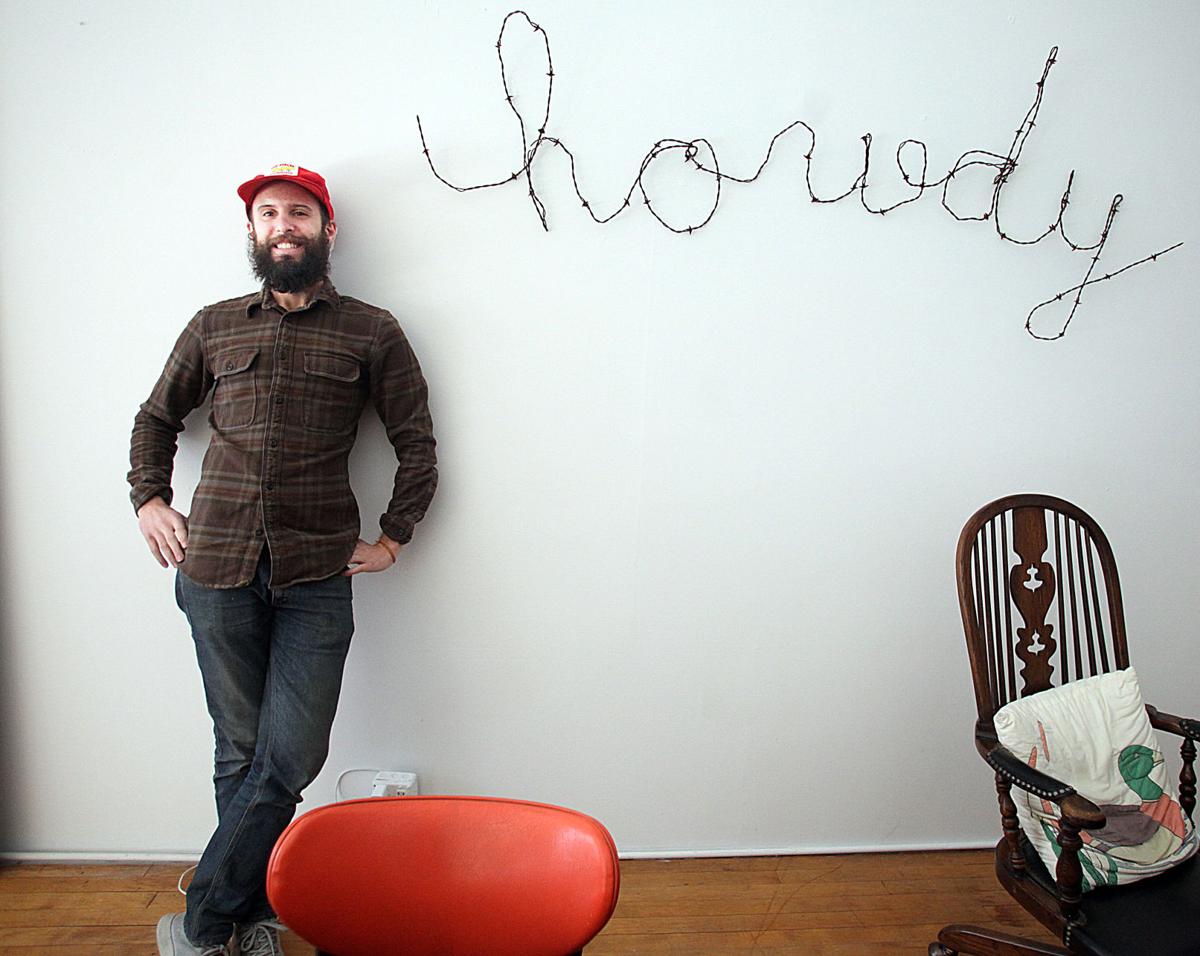 Object Limited owner Will Nathan stands in the main showroom of his business last week in Bisbee. 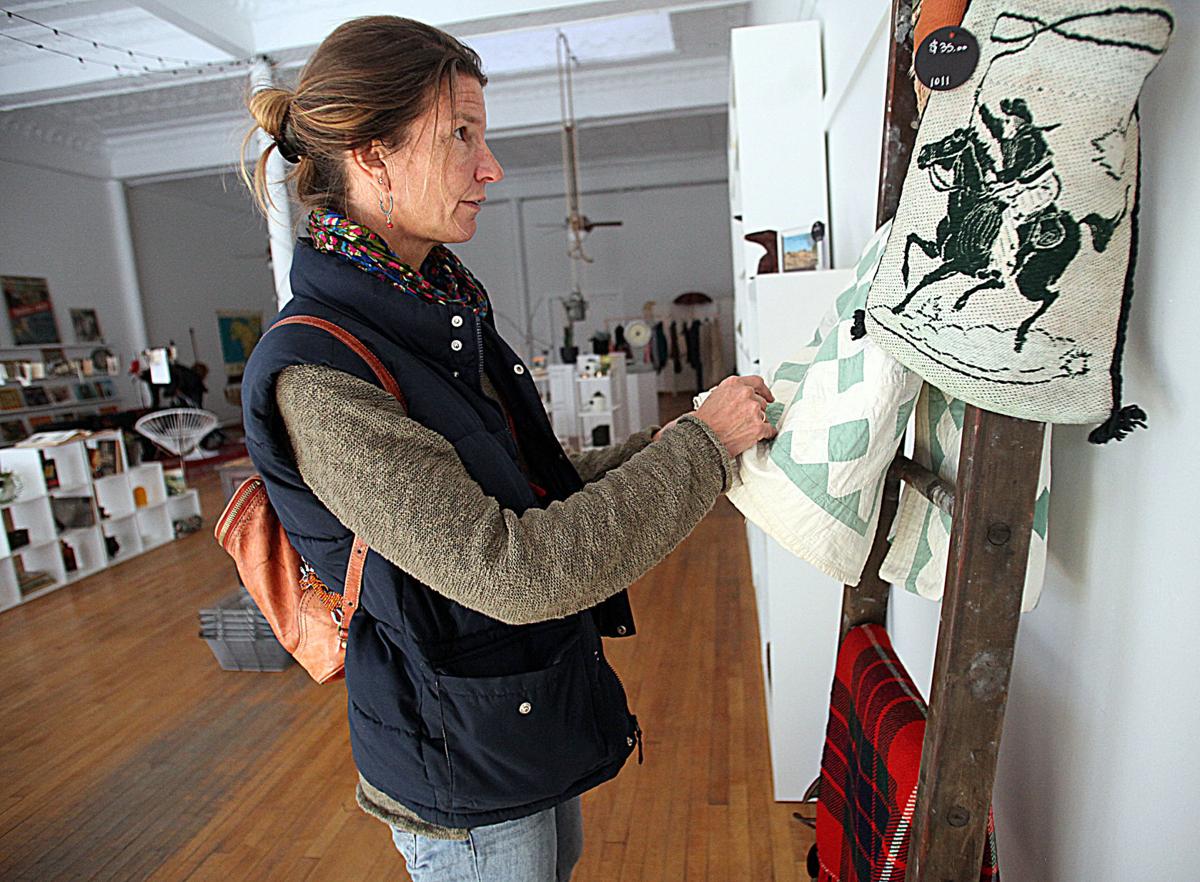 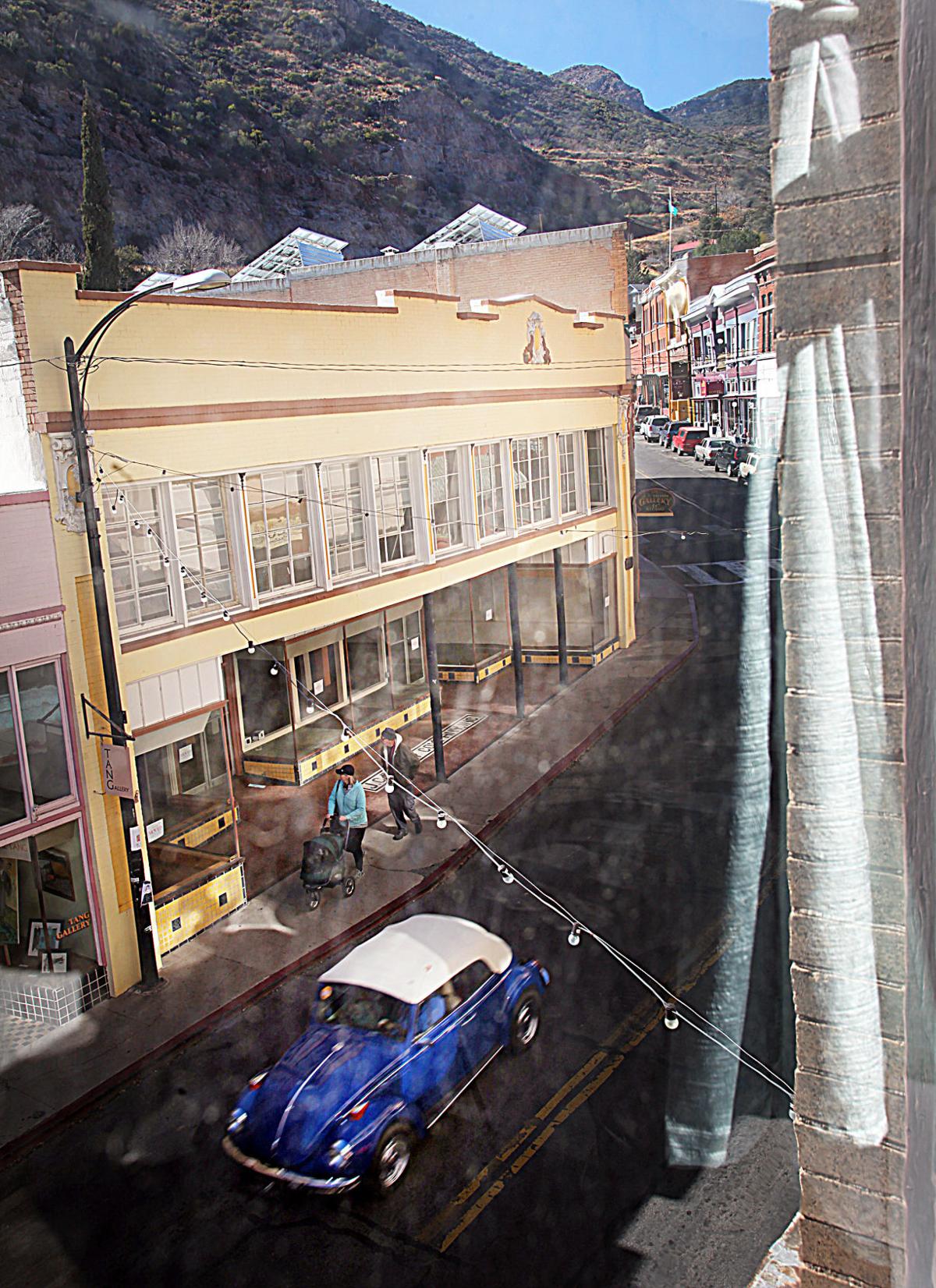 The view of Main Street through one of the rooms at Object Limited A Shoppable Hotel located in Bisbee. 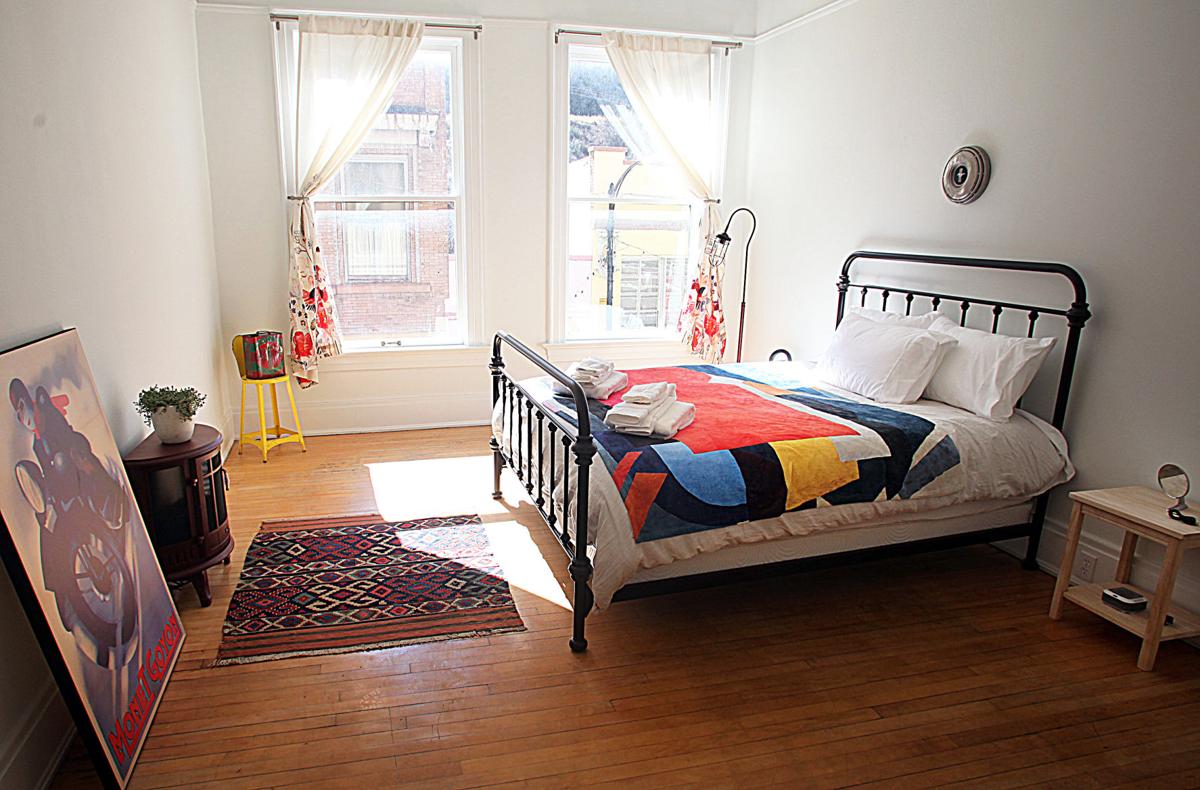 Pictured is one of several rooms available at Object Limited. The shoppable boutique hotel allows patrons to purchase anything in their room. 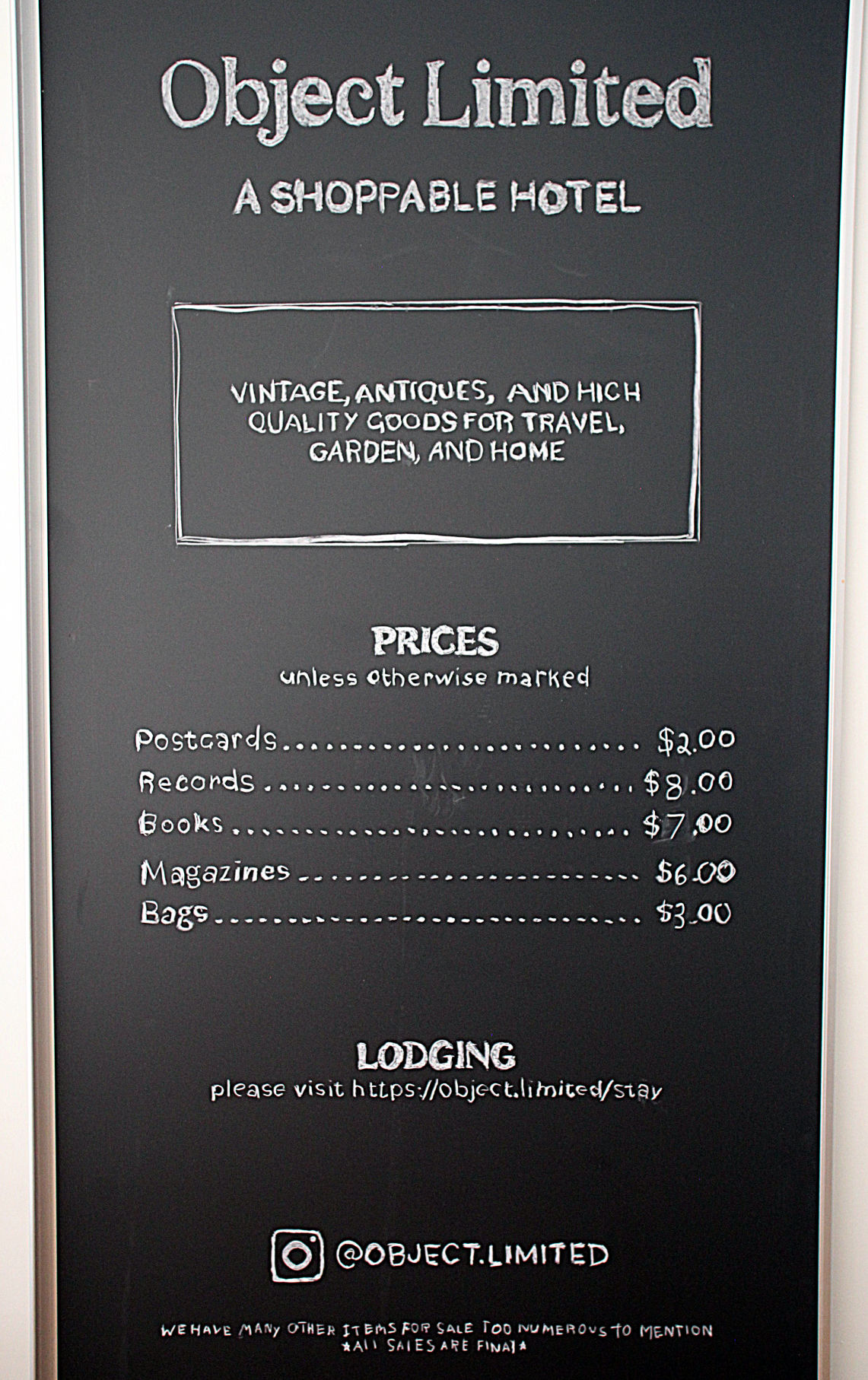 In addition to selling furniture, Object Limited sells other items customers might enjoy. 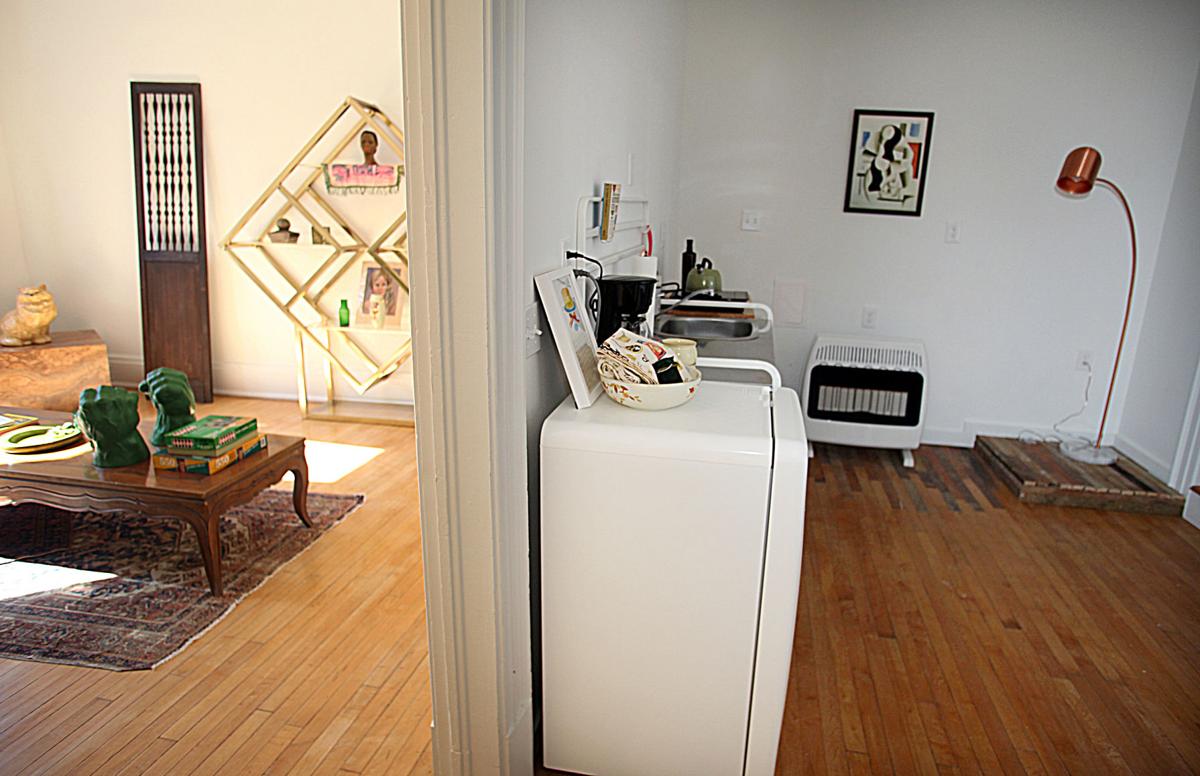 Many eclectic items can be found at Object Limited.

Object Limited owner Will Nathan stands in the main showroom of his business last week in Bisbee.

The view of Main Street through one of the rooms at Object Limited A Shoppable Hotel located in Bisbee.

Pictured is one of several rooms available at Object Limited. The shoppable boutique hotel allows patrons to purchase anything in their room.

In addition to selling furniture, Object Limited sells other items customers might enjoy.

Many eclectic items can be found at Object Limited.

BISBEE — Stepping into Object Limited is like taking a walk back in time. Inside, a record player spins classic artists of the late 1900s like Joan Jett or Hall & Oates. Posters from the 1980s line the storefront windows and old film cameras are neatly stacked in a wooden bin at front of the showroom.

The store is filled with almost anything a trendy decorator could want — from home furnishings to trinkets that can’t be found anywhere else. But the new Bisbee business is more than a vintage-lover’s dream, it’s also a hotel — a shoppable boutique hotel, to be exact.

“It’s kind of like a museum that you can shop (at),” Nathan said. “Everything is really interesting and unique.”

Just two flights of stairs above the store is a maze of stylish and chic rooms, each designed around a certain theme. The Vroom Room, for example, is centered around old-fashioned automobiles, and down the hall, Gogh Away pays homage to the “Starry Night” painter, Vincent van Gogh.

The rooms are fully furnished and decorated in a minimalist fashion with special pieces particular to each theme. From bedding to a wall art, all elements of design are available for purchase. Like the bedframe? Object Limited’s owner, Will Nathan, will pack it up and ship it to your door. These “boutique hotels” are part of a trend growing in popularity across the country.

One such company, west elm, has more than 100 stores around the world, plans to open its own boutique hotel in five locations across the U.S., according to the company’s website.

Nathan wanted to bring that same concept to Bisbee and give travelers a unique shopping experience all while adding to the eclectic scene the city is known for.

“People are exposed to so much good design that they are hungry for a new type of experience,” he said. “There’s a desire to experience what you’re shopping for.”

Object Limited opened its doors Jan. 1, but the idea is something Nathan’s been toying around with a while. When he moved to Bisbee six months ago, Nathan knew he wanted to open his boutique hotel in the city because of its artistic culture.

Nathan’s extensive background in interior design helped him tailor the shop and hotel into a space unique to Bisbee with a hope to draw more vintage-inspired youth to the area.

But Object Limited is more than a retail space and rest stop for travelers, Nathan said. What he’s created is a place for collaboration and inspiration for other business owners and artists.

Katie Peterson, a Tucson business owner, plans to open her pop-up apothecary in the corner of Object Limited’s showroom. Terra Firma, Peterson’s soon-to-open business, is expected to launch in March. The modern apothecary is one of the first steps in making the Object Limited space a center for creativity.

“I’m going to be selling natural oils and salves and products from local Arizona makers as well as herbalists from California and Texas,” Peterson said. “I also want it to be a community space.”

Peterson’s vision for the Terra Firma tent focuses on community collaboration as well as individual spirituality.

“It’s all about different ways of reconnecting with each other and with the earth,” she said. “I want to have tea ceremonies and tarot (card) readings and flower essence consultations. We will really see what shape it takes…I would like it to be a place where people can even have a workshop.”

Nathan also hopes his business will host space to traveling artists and their work, but for now, he’s focused on his own craft: interior design.

For Nathan, art and interior design share a variety of similarities, which is one reason why he felt the concept would do well in a place like Bisbee. Much like the creative process of artistic expression, Nathan’s business is ever-evolving. His shop, and rooms, will never be the same for any extended period of time.

In fact, that’s how he came up with the name. Nathan’s knack for simplicity, minimalism and creativity was the driving force behind his literal interpretation of the shop.

“It’s the fact that these objects are limited, that they’re one-of-a-kind,” he said. “I love having names that are both obvious but have many meanings to them.”