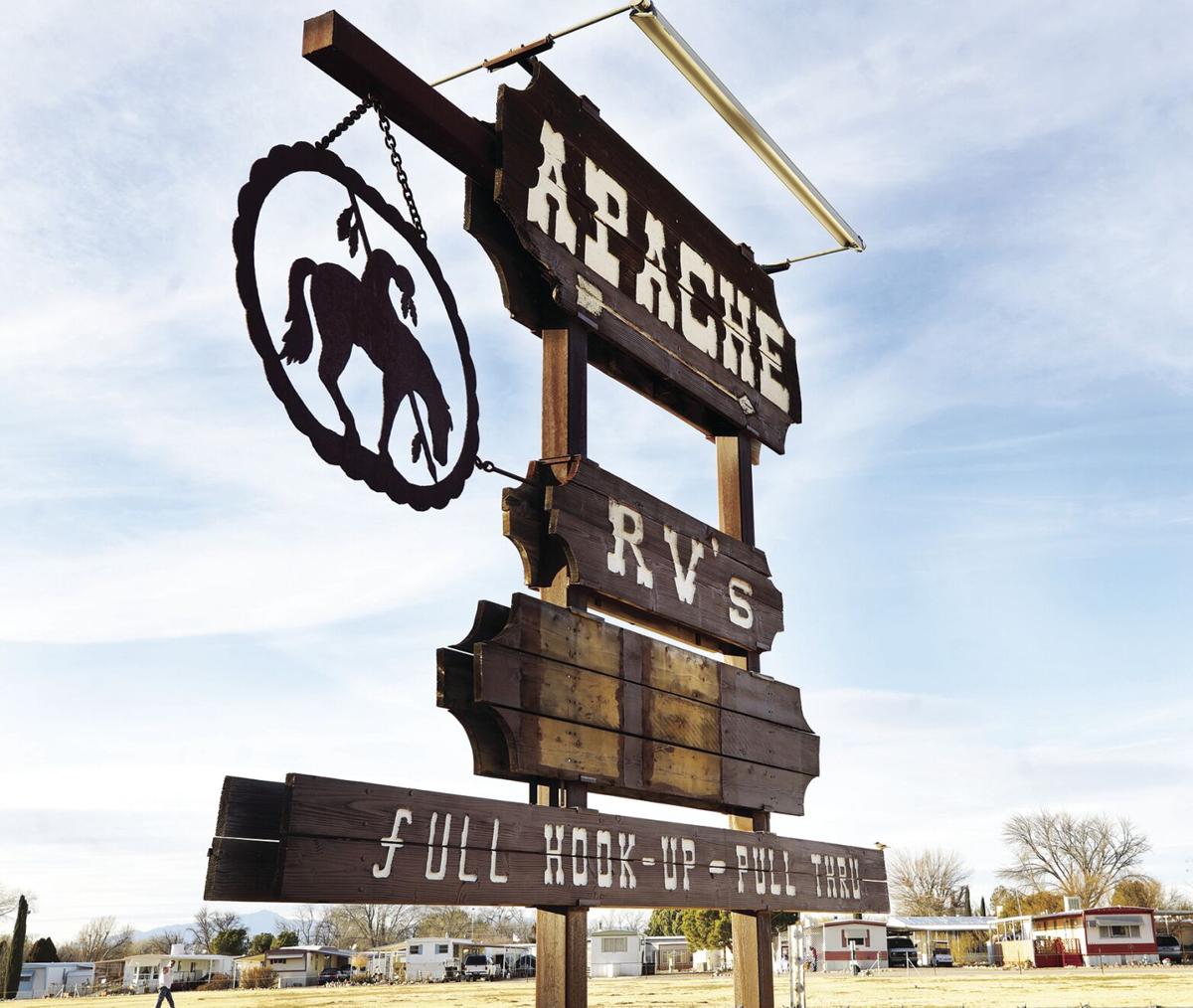 Apache Mobile Home and RV Park in St. David is one of many destinations in Cochise County for RVers. 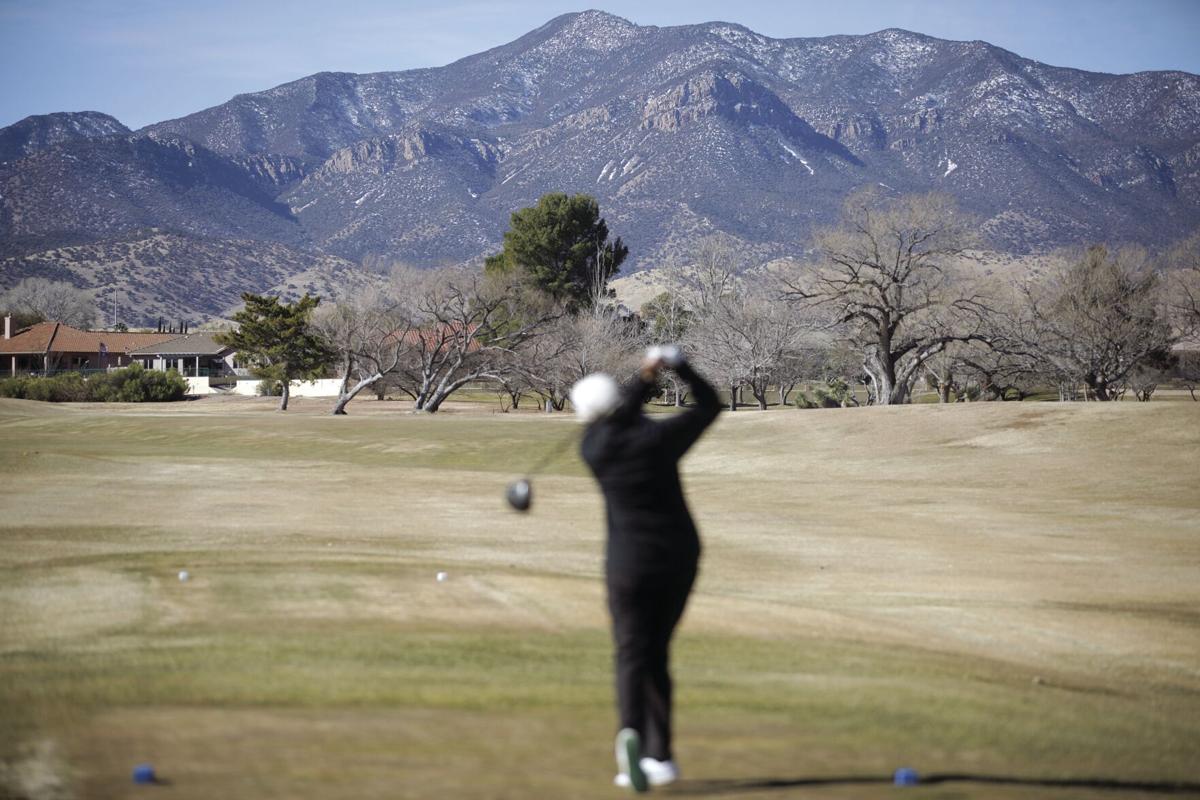 Year-round golf can be had in Sierra Vista’s Pueblo del Sol Country Club and other courses in Cochise County.

Apache Mobile Home and RV Park in St. David is one of many destinations in Cochise County for RVers.

Year-round golf can be had in Sierra Vista’s Pueblo del Sol Country Club and other courses in Cochise County.

The 2020-21 winter visitation scene in Cochise County has been devoid of some familiar lingo. This snowbird season, one would be hard pressed to hear:

“Hey, don't start a kerfuffle you hoser, get to the beer store and pick up a two-four!”

Due to northern border restrictions against non-essential travel, the usual large influx of Canadians hasn't made the trip down to warmer climes. You're not seeing many vehicles with Ontario, British Columbia or Manitoba license plates on the streets and freeways.

That's really not a beauty, eh?

However, the recreational vehicle parks and other spots haven't been vacant. A new breed has been making its presence know, heading outdoors to escape COVID-19 restrictions, looking to breathe deeply, enjoying the Arizona sun. More elderly people and families are getting out, and in the process, RV sales have skyrocketed.

Not to say the situation is otherwise normal. Winter visitors are dealing with COVID-19 in different ways, the main item being socialization. RV parks around the county this time of year normally would be awash in get-togethers planned by residents or the park. Not so this season.

“Pretty much everyone keeps to themselves,” says Kelsi Horner, park operator at Grande Vista RV Park in Willcox. “We haven't been able to have any little potlucks or events or anything like that. The RVers, they come in, they get their spot and you don't see them again until they leave.”

Other parks in the county report similar situations. Dennis Lucero, the manager at Sierra Vista RV park, says he has no vacancies.

“They're here because some parks are not accepting any more people or they are closed,” Lucero said. “Not much is going on here. People are in masks and mostly staying at home.”

However, the pandemic has expanded the usual winter visitor season.

“Actually, we have had more (attendance) because we usually don't get booked until November through April, and we have been have pretty much been booked since August,” says Shelia Corrick, manager of Mountain View RV Park in Huachuca City. “We had a few border wall workers, active military, and the ones that stay a few days or a week. (The others) just said they decided since they didn't have school or work (due to coronavirus shutdowns) that they were going to travel.”

Then there is the Canadian factor.

“We normally get a lot of people traveling down from Canada, and none of those!” Horner says. “Normally they are a big part of our winter guests coming down, getting out of the snow in Canada for the winter. That would be the biggest change in who we didn't see.”

Horner said her park has weathered the storm, though.

“I think at first when everything kind of went into panic mode with the pandemic, the only phone calls I was getting were cancellations,” she says. “And then, waves of people just trying to get home who would stop over for just a night.

“I would say the hardest times were just, you know, our busiest times are when there are the big events in town, the wine festivals and Rex Allen Days and Wings over Willcox and that sort of stuff. But overall, for being in a pandemic, we can't complain.”

Corrick said returning snowbirds at Mountain View have continued to hang out. The new visitors have created some difficulties.

“Not many changes, but a little more people not wanting to follow the rules of the RV park,” she says. “I don't know if it's because they're new people who have never RV'd a lot, but I've been putting up warnings more than I normally have, to let them know things they can't do.”

Butterfield RV Resort & Observatory in Benson used its website to point out restrictions. The resort let it be known that with the exception of its restrooms, showers and laundry room, all amenities were closed due to COVID-19 and precautionary measures were being used to clean and disinfect the facilities. Unfortunately, the closures included the observatory with its 16-inch telescope and rotating dome, a big attraction.

The coronavirus has taken away, but for some individuals, it has given back. RV sales are through the roof in the county, all of which started in April when the virus took hold.

Jeff Rose, owner of Desert RV Center in Huachuca City, has been amazed. He got a tipoff of what was to come when an acquaintance dropped by his establishment.

“I had a good family friend and he and his wife did a lot of traveling around the country'” Rose says. “I mean, they went everywhere. But with COVID, he was high risk, they couldn't go, all their travel plans got canceled. So he showed up here one day and I said, 'What are you doing here, Chris?' He goes, 'I need to get out. So I bought a trike, and I'm gonna buy a toy hauler from you and I'm gonna travel that way.' They've actually been enjoying it.”

The mad rush for RVs may be leveling out. Rose said he has 50 items in stock now, down from his usual 80. However, one month his inventory shrunk to 13 trailers. He said that never happened before.

“Anything outdoor related right now has just been going insane, you know, off-road toys to toy haulers to travel trailers, were just having trouble keeping stuff in stock,” Rose says. “It was just a frenzy, it was insane.”

A different type of buyer, the non-RVer, made an appearance. Rose also said he sold a lot of trailers to teachers because they were working at home and had more flexibility. Rose and his family also took advantage of the work situation.

“I'm a big camper myself, and my wife works up on the (Fort Huachuca) base and even we camp more because she can telework and the kids can work on school from there,” he says. “We spent five days up in the mountains during the week because we could work and do everything by wifi.”

“We have a deer camp spot that we've been going to for 25 years,” he says. “I actually have to take a tractor in there to get clear to get in there. And now it looks like a city every time I've been in there this whole year. There're 15 campers in there now. I've noticed a big influx of people out in the boonies, too. Wherever we go there's tons of people.”

In November, an employee at RV City in Huachuca City south of Rose's lot on State Route 90, also noted his business was experiencing a buying spree. He said it was difficult to keep inventory on the lot.

For those not inclined to rough it, most recreational facilities are closed, including movie theaters. However, one activity a snowbird can still look forward to is getting out on the golf course.

David Nikitas, golf operations manager at San Pedro Golf Course in Benson, is well aware of the absence of golfers from the Great White North.

“There has been a noticeable difference in the amount of winter visitors,” he said via email. “We typically get quite a few visitors from Canada but the border has been closed and we haven't seen any of them. It has also affected travel within the U.S., and I would say we have less than 50% of our normal winter visitors.”

He said that despite fewer winter visitors, rounds played have been steady. When the pandemic first hit last year, San Pedro's rounds per month actually increased for a while.

“Of course, we miss our normal winter visitors,” Nikitas says. “Not only because of the revenue they bring in, but also because of the relationships we have established. We look forward to everything getting back to normal.”

It's a little different in Sierra Vista. Brian Deibert, shop attendant at Pueblo del Sol Country Club, says rounds have increased by about 40 percent. However, the PDS food and beverage operation has been on a downswing due to COVID closings. Deibert has an idea about the increased play.

“More people are probably coming to the golf course because of fewer outlets,” he says.

Snowbirds not into golf have other options. The national parks are keeping pace nicely.

“At all three sites we have seen at least as much visitation as we saw last year, and in some cases we've had holiday weekends, for example, where we got more,” he says. “One of the big differences, the big caveat, is we're not seeing the Canadian snowbirds at all. What we've got instead, we've definitely got people from the Midwest, from California, and we've got a lot more folks from Arizona, from Tucson, from Phoenix and then some from New Mexico. I think they are just looking for places near home to get out.”

Like Rose, he has seen older visitors. Also, like Rose, who spent a week in the mountains working remotely, there are families doing the same.

“It's interesting to me that there's quite a preponderance of elderly folks traveling that are not snowbirds,” Cahill says. “I don't know if that surprised anybody. It's really interesting. Elderly folks and families that are home schooling. That's kind of the shift that we've seen.”

These people are happy to get out of town for awhile.

“Most folks are really grateful they have a place to can get out where they can feel safe an have some space,” Cahill says. “Generally, almost exclusively, what we hear is a lot of gratitude and a lot of good will. Folks are also really willing to wear masks when they come to our facilities. We've been impressed at how, lack of a better term, well-behaved folks have been. They've been really good.”