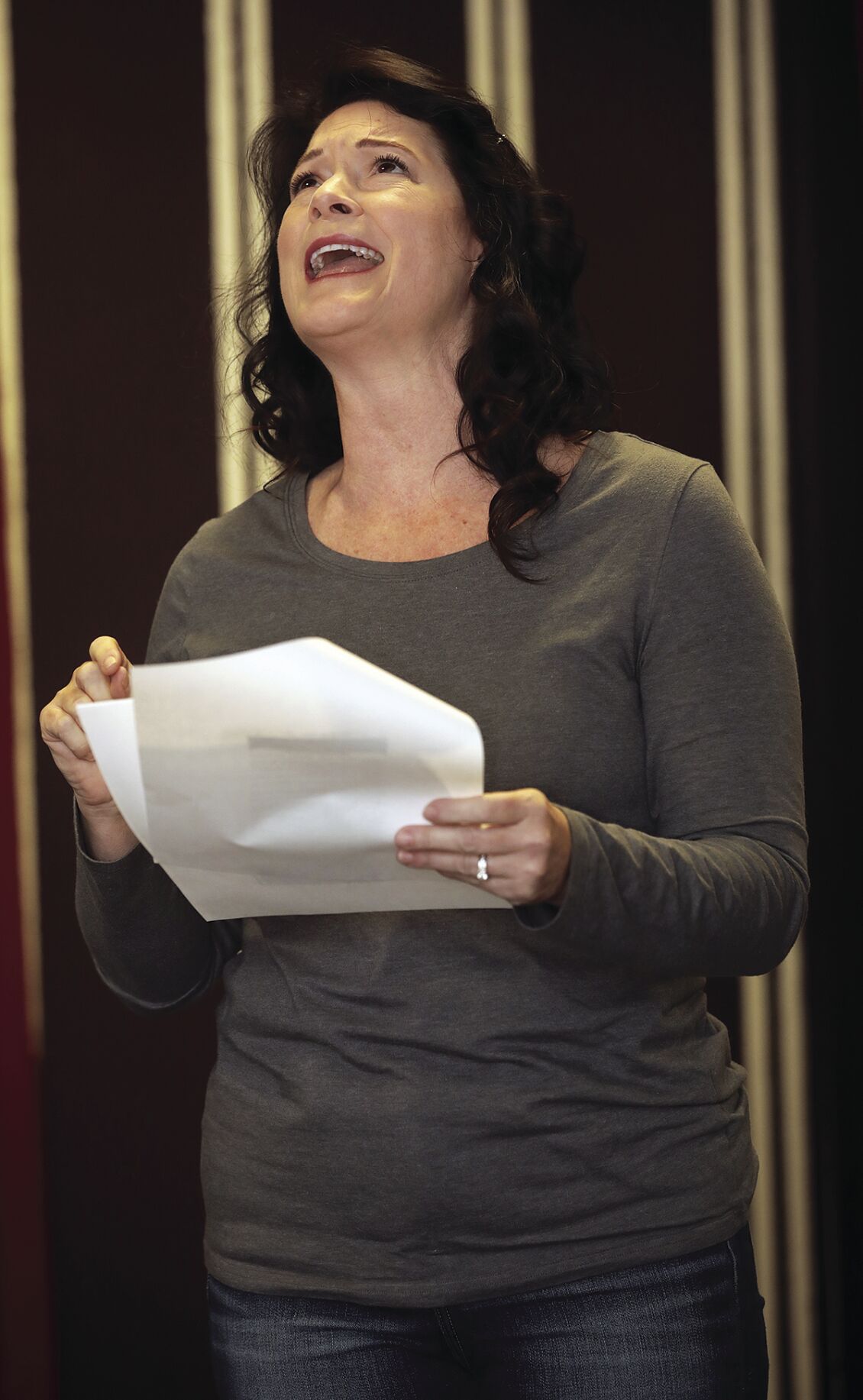 Jennifer Martin auditions for the Sierra Vista Community Theatre’s upcoming production of “See How They Run.” 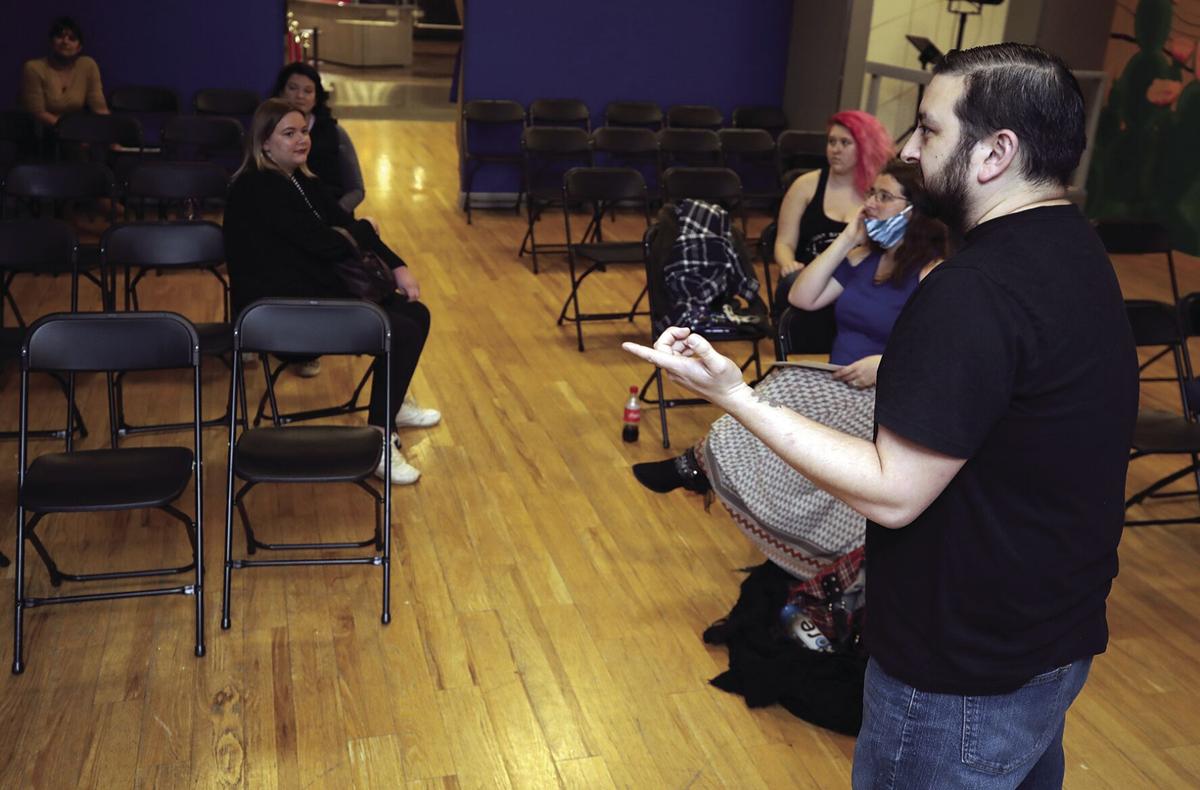 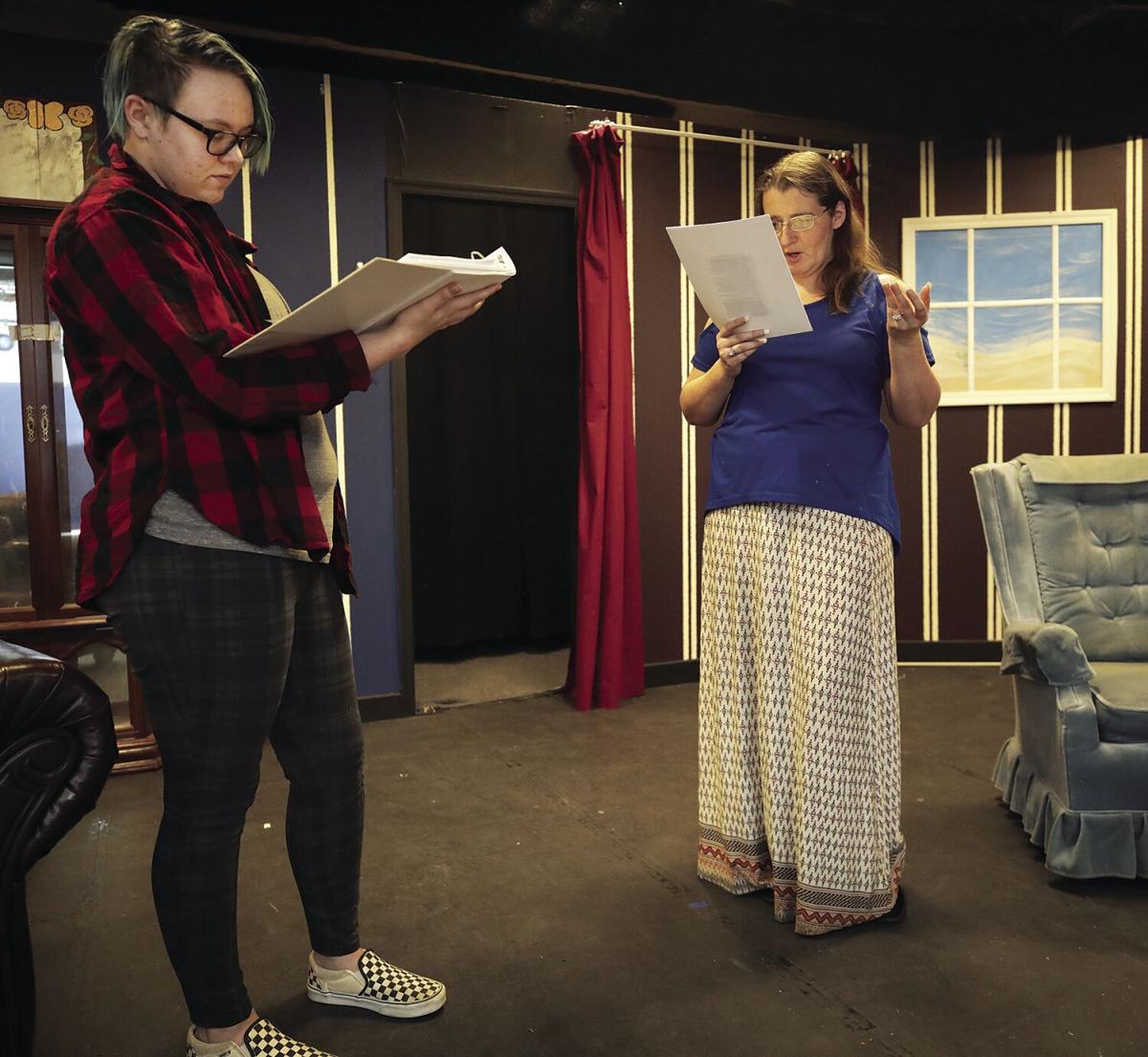 Jennifer Martin auditions for the Sierra Vista Community Theatre’s upcoming production of “See How They Run.”

Whether you are a seasoned performer or a curious novice, Cochise County has a variety of theater programs for thespians and performers of all ages and experience levels.

Each program’s repertoire ranges from mysteries to comedies and provides multiple performance opportunities for its members.

Let’s dive into the wonderous world of soliloquies, protagonists, antagonists, the hustle and thrill of live theater by learning more about the numerous theater groups of Cochise County.

If you are looking for a youth theater group that allows students to learn all sides of the stage from acting to lighting, dancing to prop making, Creative Youth Productions in Willcox is just the group for you.

Located next to the Willcox Historic Theater in Studio 128 of the Palace of Art and Theater, Creative Youth Productions provides students ages 11-18 with the opportunity to learn with Geneviève Landman, the STEAM (Science, Technology, Engineering, Arts, Mathematics) program manager.

Landman emphasized how the program is youth-driven and adult-guided. Youth members get to try an hand at directing, costume-making, acting and sound/special effects.

“The youth have made all of the important decisions,” said Landman, “they voted on which scripts to preview, which script to perform and how to audition.

“Several of our publicity materials have been overseen by different members of Creative Youth Productions who stepped up and said, ‘I have an idea about how this should turn out.’ ”

Landman said those interested in joining the program can contact her or her colleague, Amanda Berger, visual artist at the Willcox Theater, at 520-766-3335, or email willcoxtheater@gmail.com or Landman at oremont330@gmail.com.

Landman said the group has had 15 members join as of last fall of last year. They had three performances of Pat Cook's “Ho Ho Ho! The Santa Clause Chronicles,” a special arrangement produced by Pioneer Drama Service Inc.

Looking ahead for the new year, Landman said the group will be debuting a one-act play titled “Complaint Department and Lemonade” by Kamron Klitgaard, also produced by Pioneer Drama Service Inc.

“Willcox Theater and Arts' mission is to provide entertainment, education and cultural programs and activities for all ages,” said Landman, “With Creative Youth Productions, we're driven to support young people's artistic vision and empower them to express themselves.”

Landman says that she hopes the community gets a chance to witness the group bring a production to life.

“I'd like to invite the community to come see for themselves that these kids are brimming with talent and determination,” said Landman. “And I'd like kids ages 11-18 to know that if they're looking for a creative outlet where they get to call the shots, we've got the place for them.”

If you want to participate in a wide range of youth and adult theater productions, check out the Sierra Vista Community Theatre.

Located inside the Mall at Sierra Vista in Suit 1200, the Sierra Vista Community Theatre provides a stage with professional sound and lighting set-up, according to Theatre President Cassandra Weisgerber.

Weisgerber said the group offers youth and adult theater programs with a few shows that incorporate both groups, such as last year’s Halloween show, “Baskerville” by Ken Ludwig.

Those aged 6 and older are invited to join the youth theater program, with the 2021 repertoire consisting of a production of “Alice in Wonderland” by Lewis Carroll and Charlotte Chorpenning and the musical “Into the Woods Jr.” by Stephen Sondheim and James Lapine.

Weisgerber said those 18 and older are welcome to join the company’s adult theater group, embarking on works of comedy, mystery, musicals and romance-thrillers.

When asked about the impression the Sierra Vista Community Theatre wants to make, Weisgerber said, “We want to involve people in the arts, bring entertainment to the local area, and promote diversity and community throughout the year with our shows and other activities.”

Theater on the Move, Cochise County

Want to branch out and perform original works of mystery and comedy? It’s high time you checked out Theater On the Move.

Tommy Kelley, owner of Theater on the Move, said that the company is a traveling theater group of eight years, debuting his original works across Cochise County from Tombstone to Bisbee to Sierra Vista.

Kelley noted how Theater on the Move is unique in its inclusion of a wide variety of special effects and audience participation with productions.

The 2021 repertoire for Theater on the Move includes a production of “Killer in the Shadows,” which Kelley described as 1943 murder mystery about a radio show putting on a murder mystery.

“It’s like the audience is in a live radio broadcast,” said Kelley, noting the numerous audio effects included within the performance.

Another piece that the Theater On The Move group is performing is a comedy piece titled “Home, Sweet Nursing Home.”

“It’s like the Golden Girls in a nursing home,” said Kelley, “Four girls who grew up together end up in the same nursing home.”

Kelley said the group is open to all, but noted how the repertoire is mainly geared toward adult performers.

“We give good solid entertainment,” said Kelley. “It’s something people enjoy. There is a lot of entertainment behind our shows with the backgrounds, costumes, special effects, etc.”

Everyone needs a good laugh, and comedy is one of the best remedies for a gloomy day. If you want to be a part of a comedy club that incorporates original pieces with multimedia productions, look no further than The Fault Line Players.

Founded in 1984, The Fault Line Players highlights its innovation of performing original works across the mediums of live stage performances, short film, and audio features.

According to founders Ted and Deborah Falagan, The Fault Line Players is the only theater and comedy group in Sierra Vista that pays its actors a stipend for their performances and allocates them a portion of ticket revenue.

Falagan emphasized how they tailor their murder mystery comedy shows to be relevant to the venues the group performs at, noting they are regular performers in Sierra Vista, Benson, Willcox and Douglas.

Falagan said they are always looking for talent to join their group. Those age 18 to 80 can join by contacting via Facebook at The Fault Line Players or email faultline92103@yahoo.com.

In addition to producing live theater, The Fault Line Players have two podcasts featurings its performers.

The first is “The Fault Line,” which includes the topics of local stories, history of the Southwest, interviews, DIY projects and more.

The other is “The Weekly Geek Podcast” which Falagan said airs three times a month.

“Our goal has always been to give artists — ALL creative types — a home in which they can feel free to express their talents and to grow and get experience,” said Falagan. “We also want to give back to the community as much as we can by providing our services free of charge to charitable organizations, as well.”