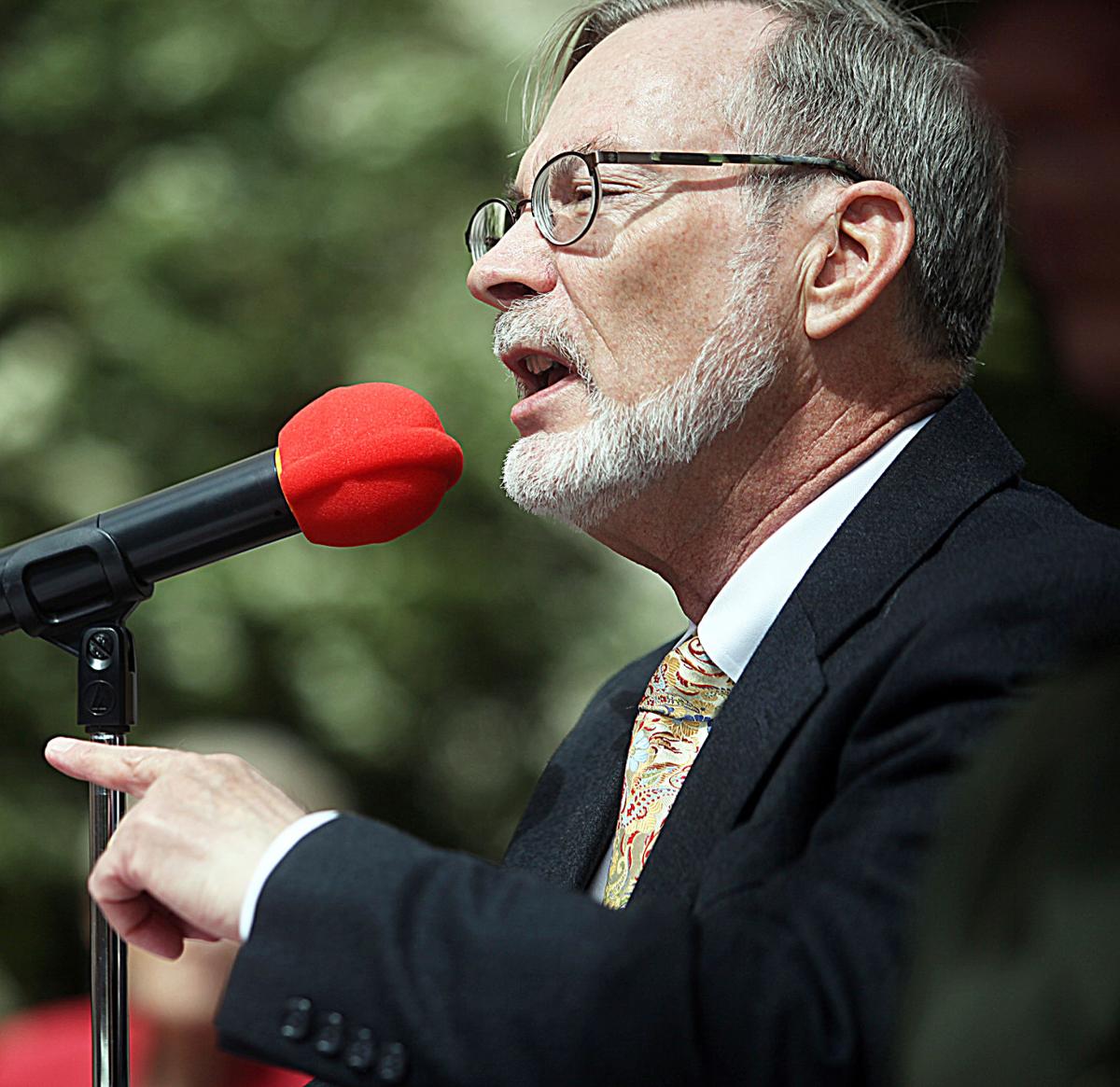 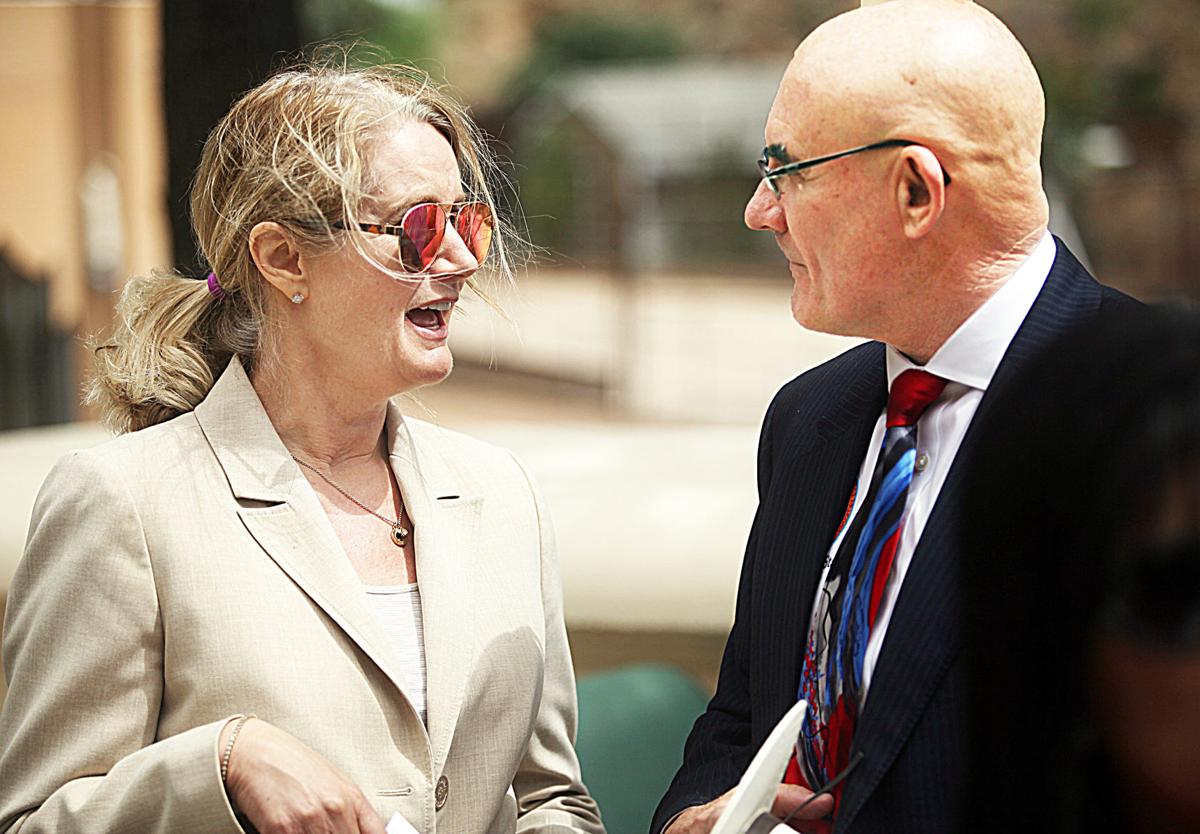 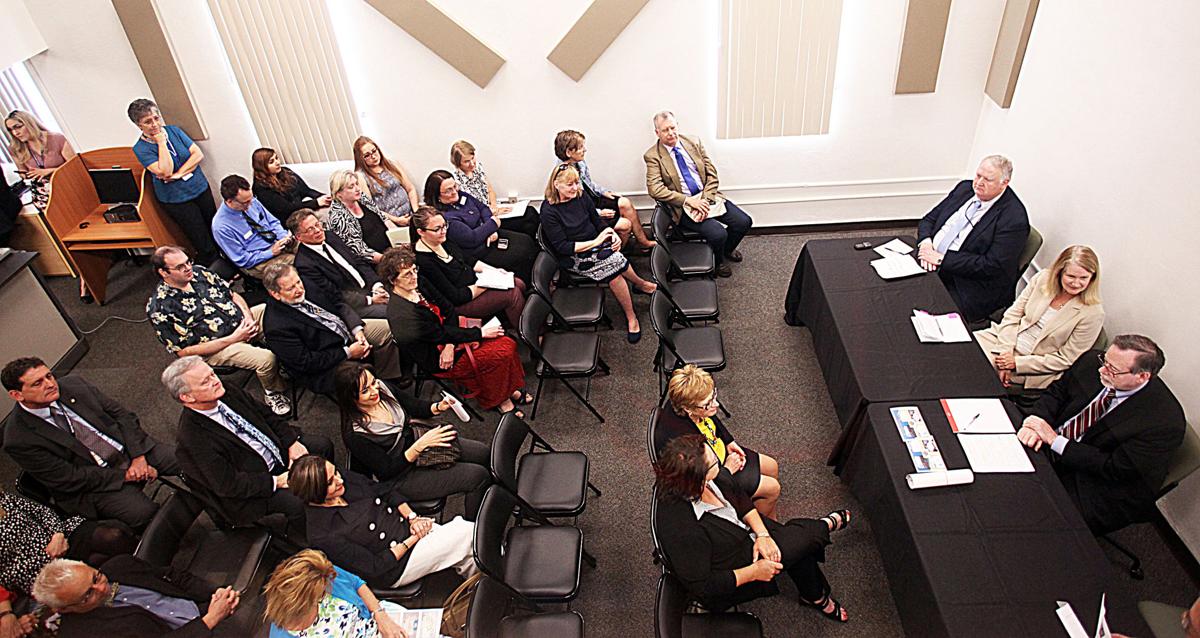 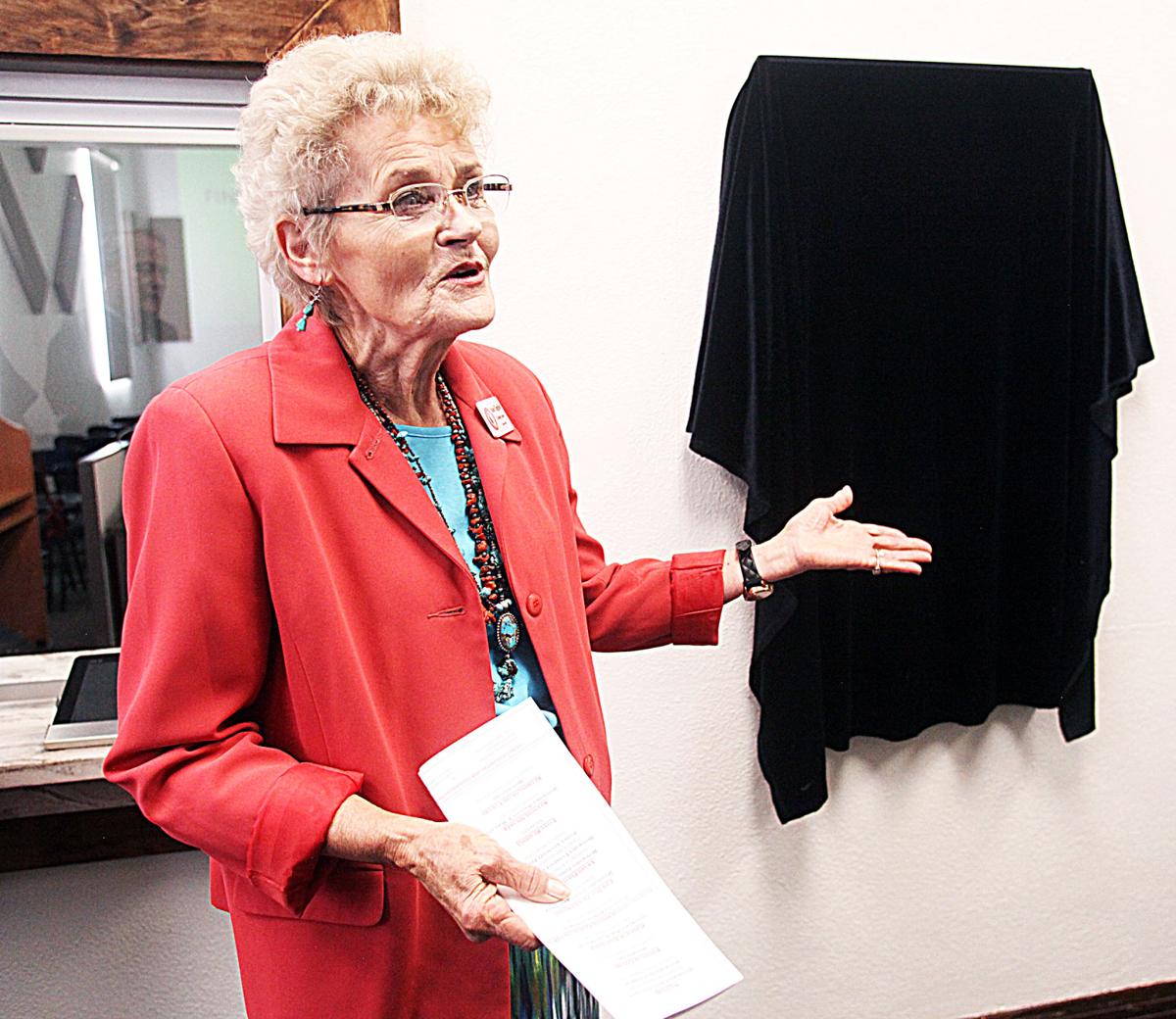 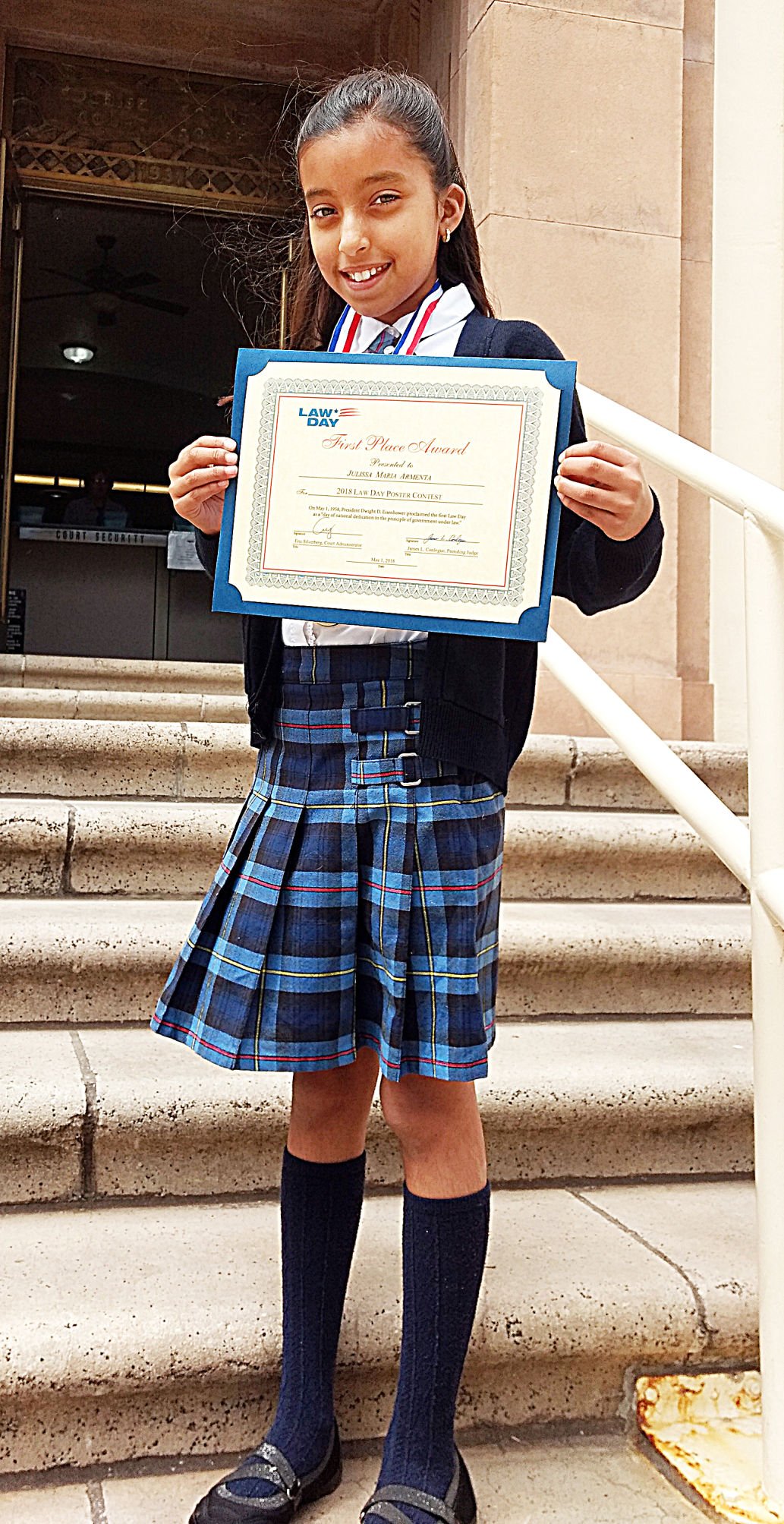 Julissa M. Armenta, from All Saints Catholic School, displays her first place certificate for her poster at Law Day Tuesday. 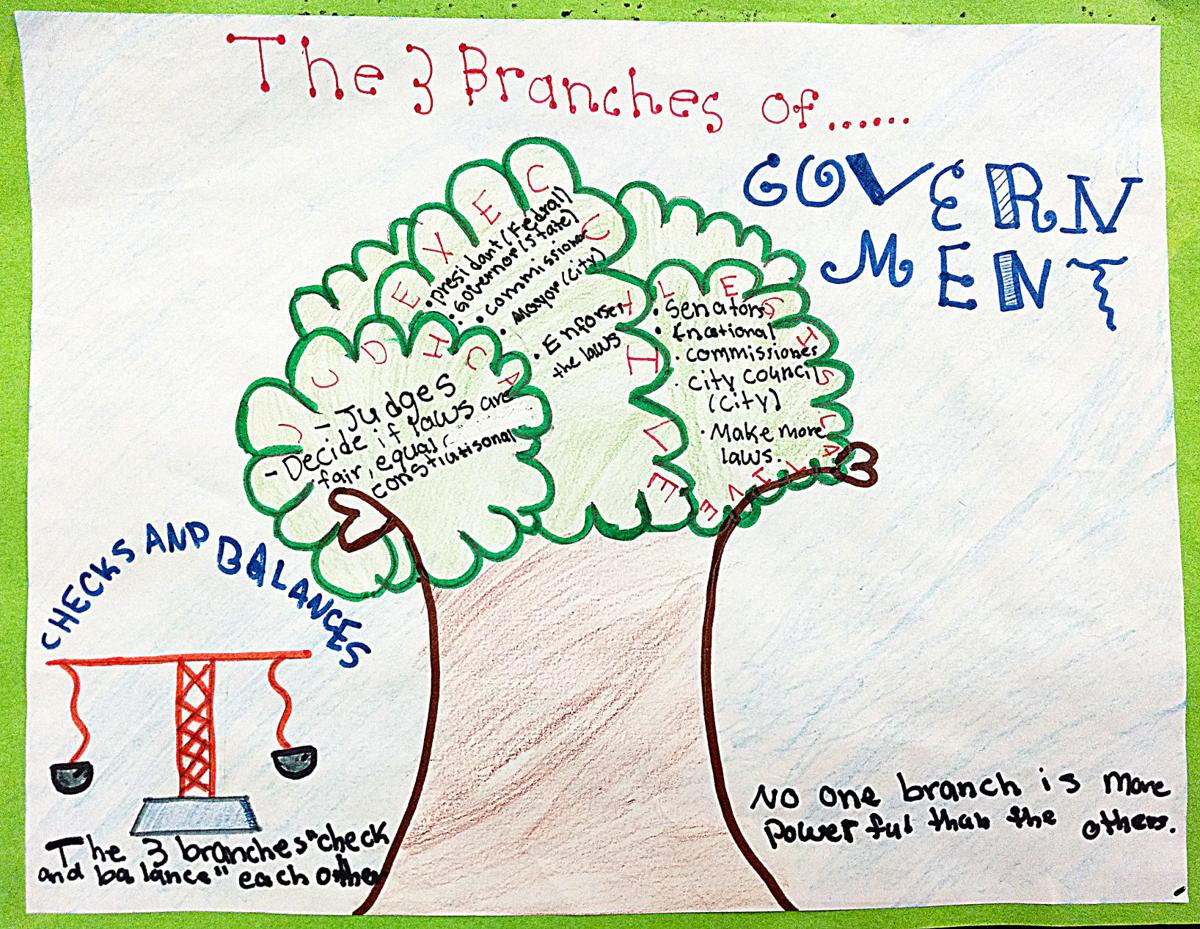 Julissa M. Armenta, from All Saints Catholic School, displays her first place certificate for her poster at Law Day Tuesday.

BISBEE — May 1 marked the 60th annual Law Day since President Dwight D. Eisenhower proclaimed the national event, and attorneys, court staff, and the public from across Cochise County joined in the festivities under the theme “Separation of Powers — Framework for Freedom."

During the program, student winners of a poster art and essay contest were on hand to display their entries and Cochise County Superior Court Judge Wallace Hoggatt gave the keynote speech.

Arizona Supreme Court Justice Ann Timmer assisted with the dedication of the court’s new Self-Help Center. The center, located in the courthouse, provides access and services to attorneys and the public seeking legal forms and law research.

After the public activities, Justice Timmer was joined by Judge Lawrence Winthrop of the Arizona Court of Appeals and Cochise County Superior Court Judge Charles Irwin for a panel discussion titled “Access to Justice.”

Winthrop is also the chair of the Arizona Commission on Access to Justice, which has looked closely at the challenges for Arizona residents in obtaining affordable, quality legal counsel.

Referred to in court cases as pro se or pro per, self-represented litigants have become more common in recent years, Winthrop explained.

“Whether it involves employment, education, housing, debt, identity theft or health care, more Arizonans are finding themselves in need of legal representation but can’t afford it,” he said. “It seemed to become more of an issue during the recession, and has continued to be an issue since.”

In Arizona, 17 percent of residents are at or below the poverty level, Winthrop said, but in Cochise County the rate is 21 percent. With 1.5 million residents qualified for legal aid, the 70 legal-aid lawyers in the state are overwhelmed.

“Our legal aid resources are very limited in Arizona, and they have to turn away two of every three applicants,” he noted. “That’s why the number one priority of our Arizona courts is increasing meaningful access to courts.”

Winthrop explained 70 percent of legal aid funding comes from congressional budget decision, and that money is not guaranteed moving forward. It’s why he and other attorneys have reached out to public libraries across the state to assist in identifying local research resources.

They also pushed for improved self-help services in the state’s courthouses.

“Self-help centers are wonderful, but unfortunately, they are no substitution for having an attorney,” he said.

In Cochise County, Irwin presides over mostly family law, debt and housing cases. The majority of those cases have at least one self-represented party.

That’s why he encourages private attorneys who practice here to do more to assist clients who can afford to pay something, but not the attorney’s normal rate.

“My plea to attorneys is to consider always having at least one ‘limited-means’ client who will be charged only $50 to $75 an hour,” Irwin said, “Even if it’s only for limited representation such as making a phone call, writing a letter, or attending one hearing.”

If a litigant or defendant must represent themselves, Timmer said, online offerings and sites like Cochise County’s new self-help center are essential. It’s also one reason the state’s high court has encouraged counties to redesign forms and simplify instructions.

Timmer explained the vast numbers of citizens trying to navigate the court system prompted Maricopa County Superior Court to offer a program which features Arizona State University students and other “helpers” who explain the legal process to self-represented litigants.

“It’s not providing legal advice,” Timmer said. “It’s explaining the deadlines and how-to’s and the protocols of what happens in court.”

There has also been interest in another Maricopa program that simplifies audits in guardianship and conservatorship cases, saving time and money for families.

“We know it would be helpful, but the problem, as with many changes, is the cost of implementation,” Timmer said.

There was also discussion of unregulated, private, for-profit companies that assist with the preparation of legal documents without attorneys’ involvement.

“Sometimes people unwittingly pay as much for non-legal efforts as they would if they hired an attorney,” said Sierra Vista attorney Laura Cardinal.