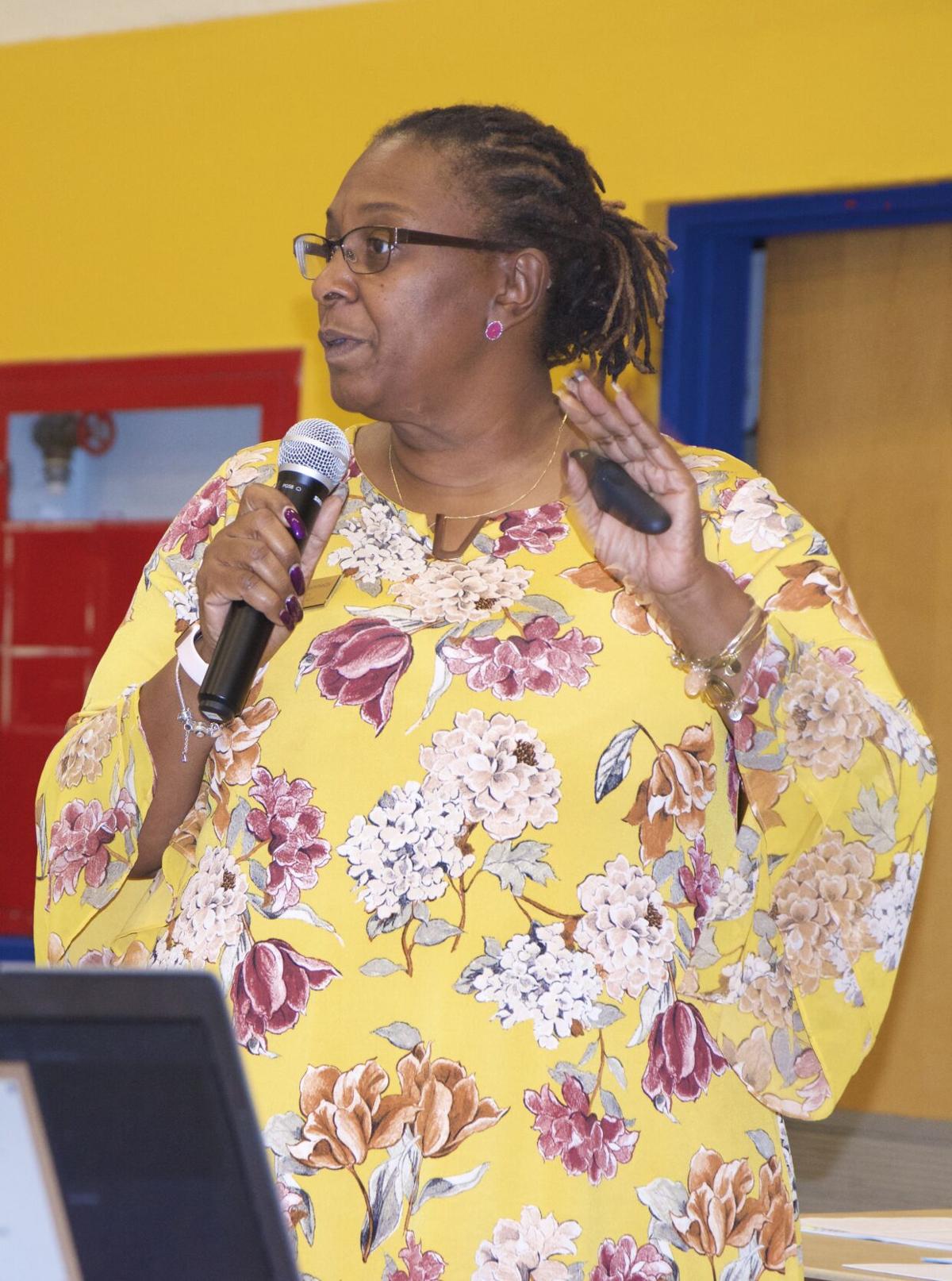 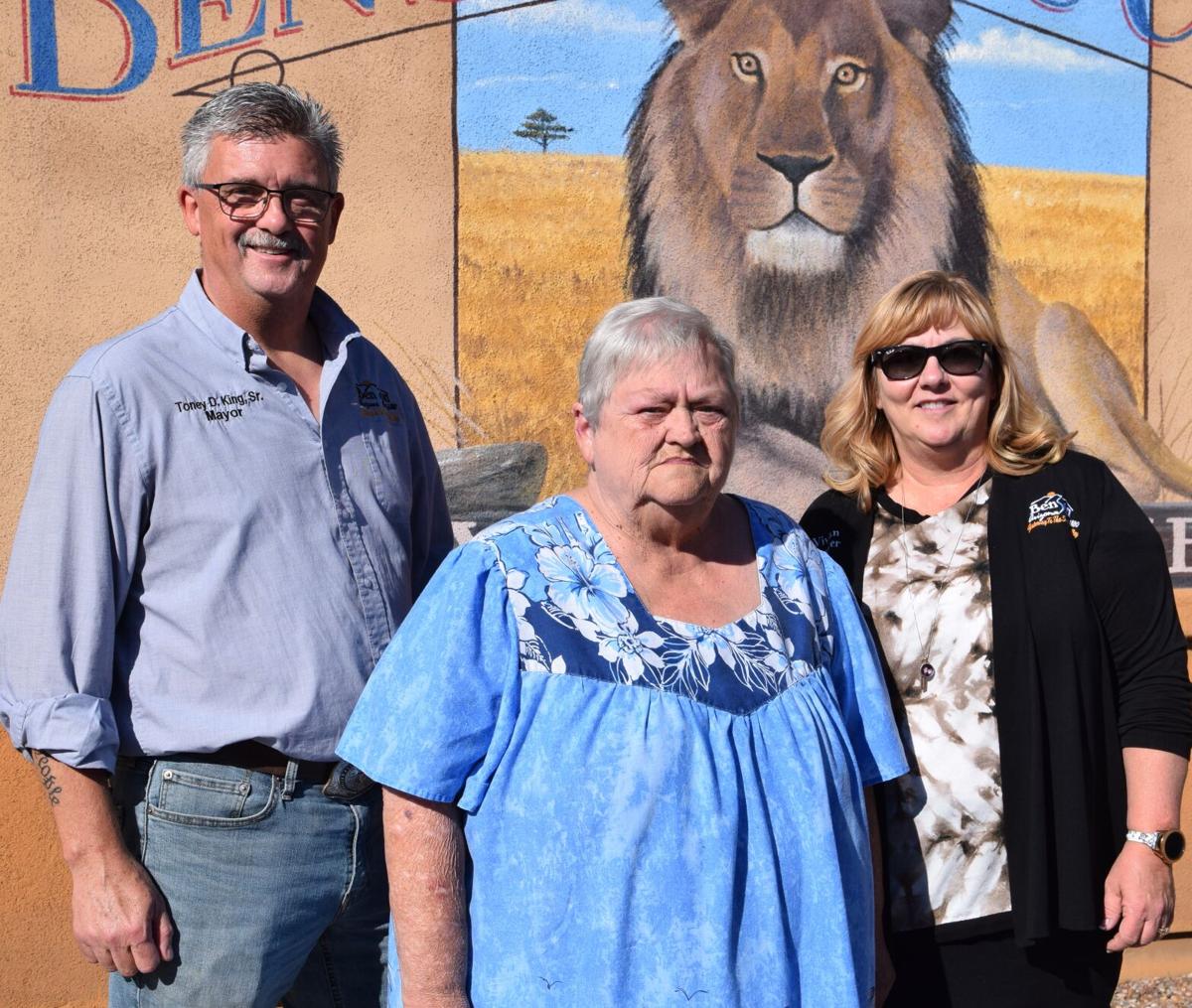 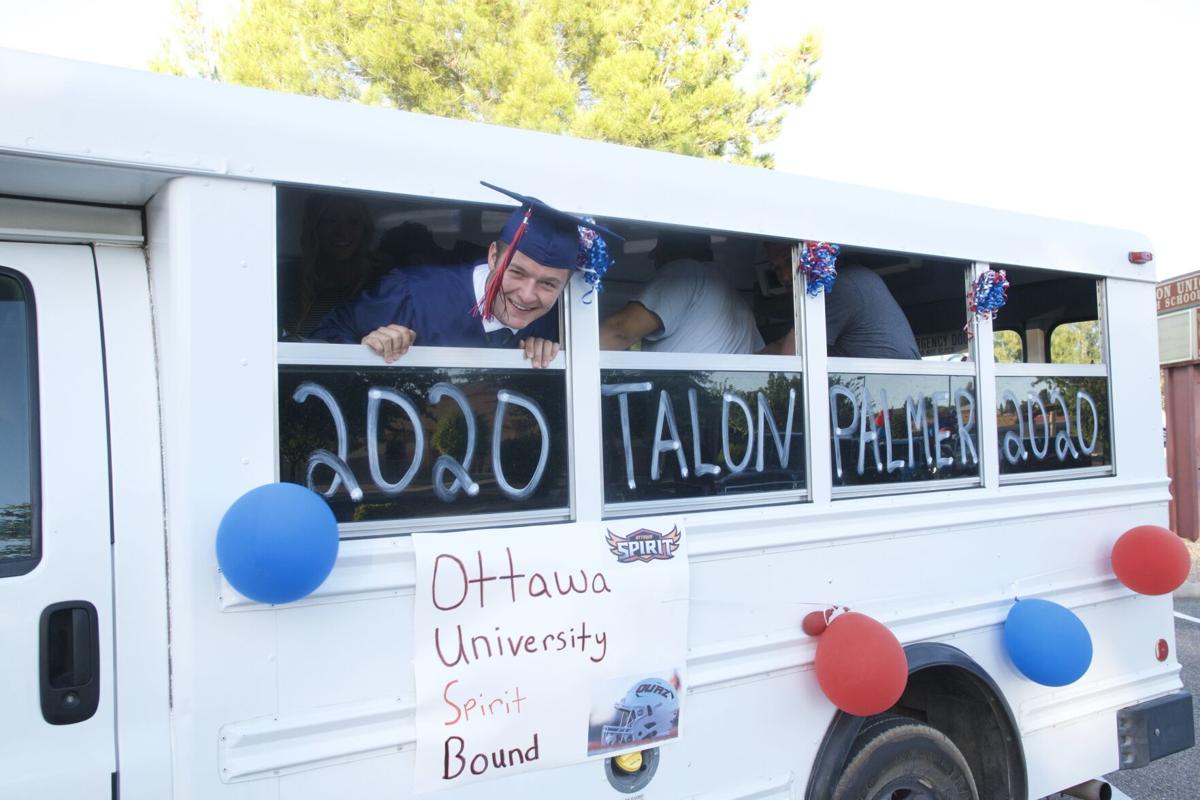 Benson High School's drive-through graduation was celebrated with vehicles of all shapes and sizes. 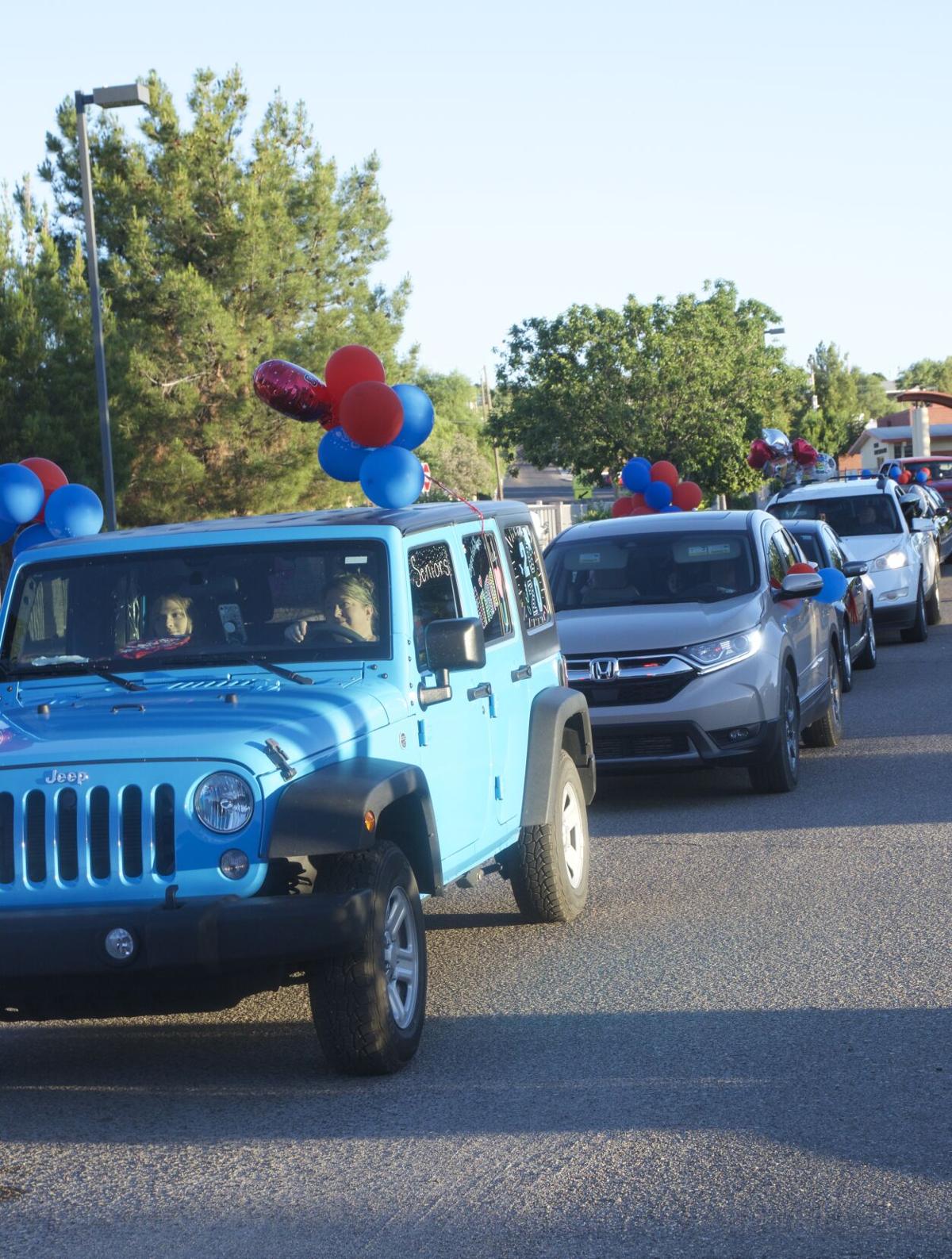 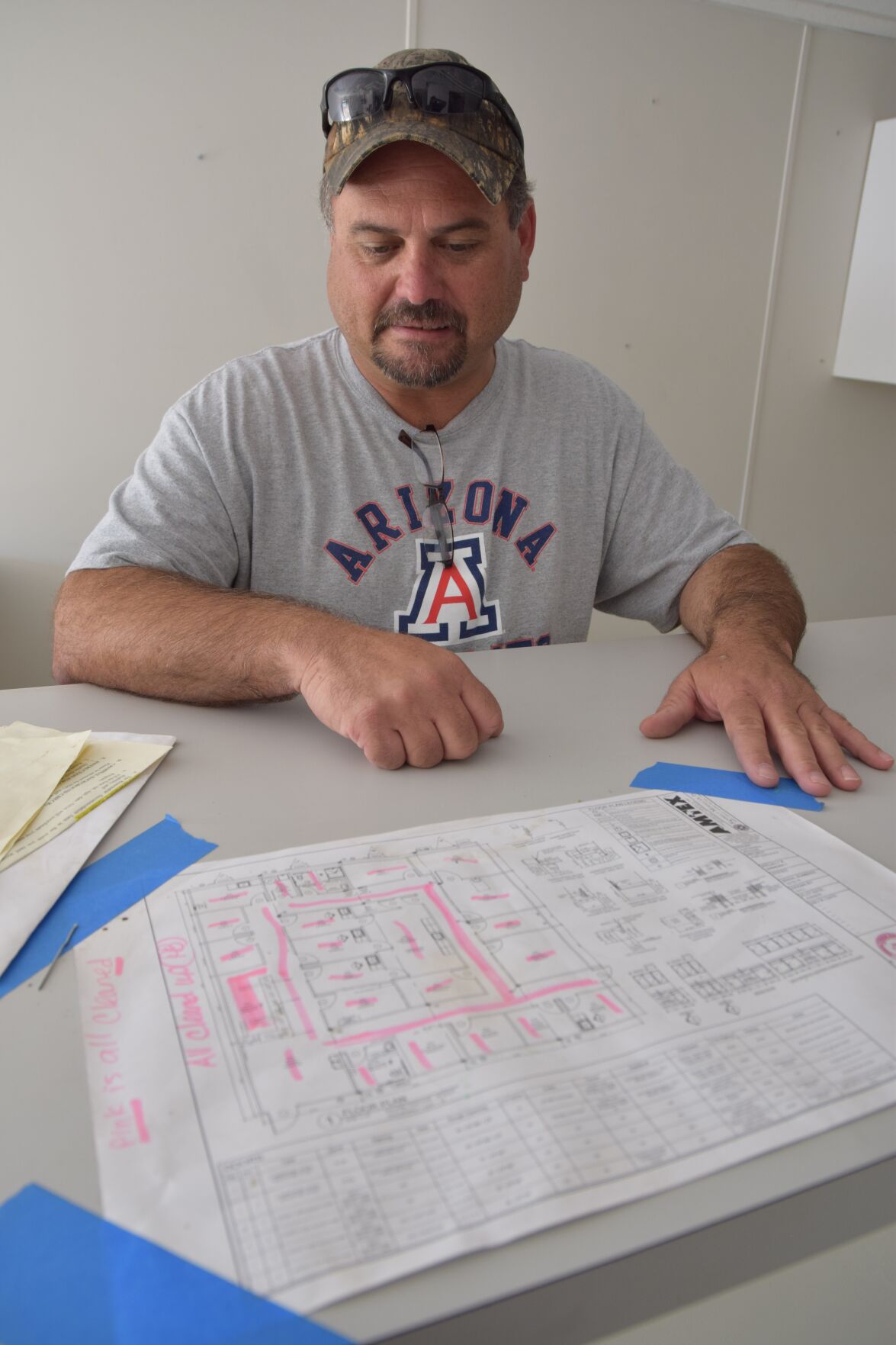 City of Benson Engineer Brad Hamilton looks at blueprints of a 3,500-square-foot modular building the city purchased from Fort Huachuca for $10,000. The building will be used as a temporary city hall complex while a new city hall is built. 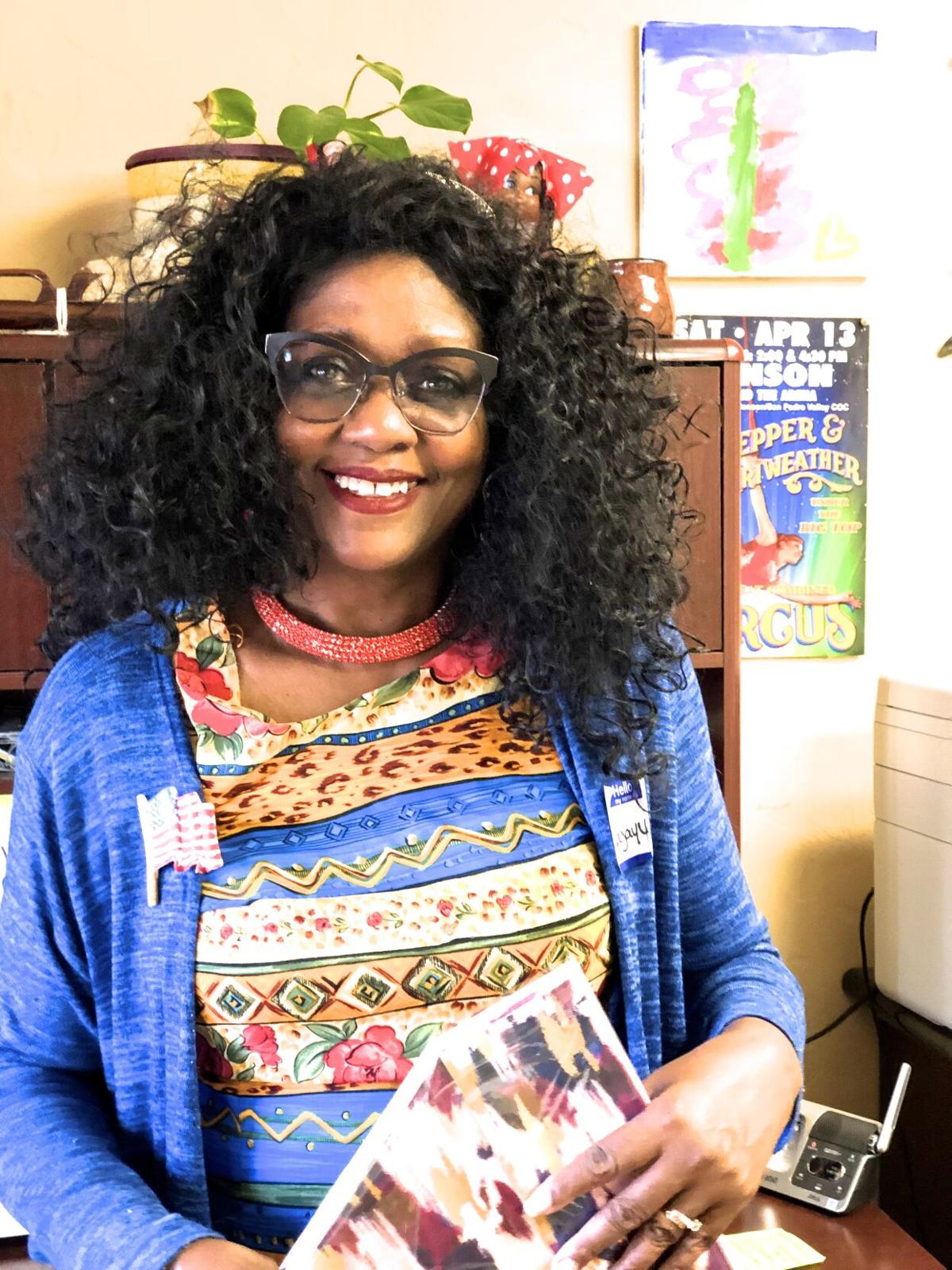 Community Food Pantry of Benson board President Najayyah Many Horses has resigned her position as part-time manager of the Benson Chamber of Commerce. 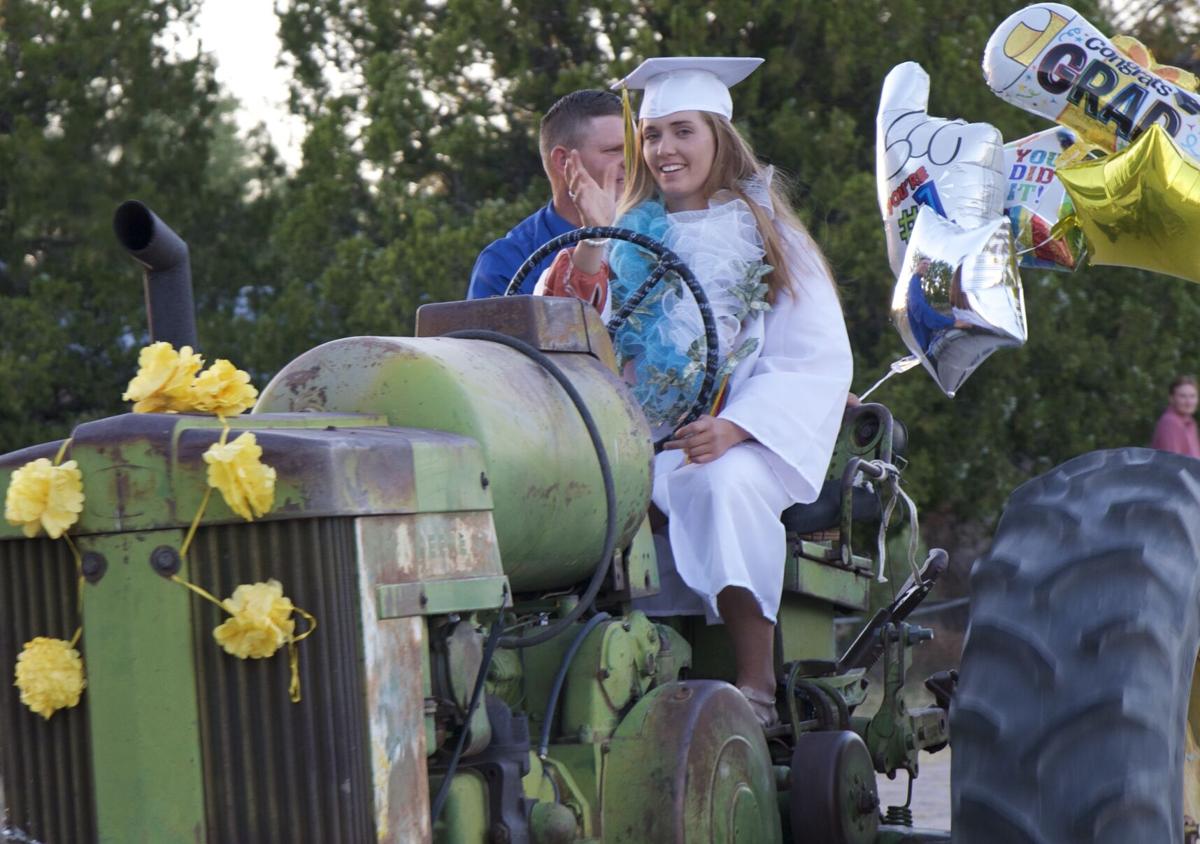 Benson High School's drive-through graduation was celebrated with vehicles of all shapes and sizes.

City of Benson Engineer Brad Hamilton looks at blueprints of a 3,500-square-foot modular building the city purchased from Fort Huachuca for $10,000. The building will be used as a temporary city hall complex while a new city hall is built.

Community Food Pantry of Benson board President Najayyah Many Horses has resigned her position as part-time manager of the Benson Chamber of Commerce.

Despite the changes and restrictions, a lot happened in Benson and the surrounding area in 2020, with a few of the highlights listed below.

Benson — The Benson Unified School District class of 2020 celebrated its high school graduation on May 22 with a drive-through commencement honoring 91 graduates.

Vehicles adorned with balloons, ribbons and congratulatory messages snaked through Benson High School’s Stadium Road parking area carrying a Benson Bobcats graduate and family members as they proceeded to an outdoor stage where the seniors received their diplomas one at a time. The drive-through ceremony was posted live on the Benson High School YouTube channel where it could be enjoyed by family and friends.

Valedictorian Venesa Romero and Salutatorian AJ Gardner reminded the Class of 2020 that their rather “unconventional” graduation will always stand as a piece of history.

School District Superintendent Micah Mortensen applauded the effort that went into making the graduation special for the seniors and their families, despite its unique format.

“We all are saddened that the Class of 2020 didn’t have a traditional ceremony,” he said. “That being said, we are very pleased with how well the graduation ceremony went ... While it wasn’t what they necessarily wanted, the graduates showed up and walked proudly across the stage as the families cheered. In typical Benson fashion, we all came together and made it a special night.”

St. David — St. David High School graduated 26 Tigers on May 21 in a celebration that started on Miller Lane with a parade of decorated vehicles that ranged from cars, trucks, tractors and off-road vehicles.

Whatever their preferred mode of transportation, graduates came in caps and gowns with girls draped in white while guys wore blue. At the end of the parade, the vehicles turned into a St. David High School parking area for a drive-in commencement program where family members remained in their vehicles while the graduates went through the paces of a graduation ceremony. After the speeches and congratulatory addresses, the graduates received their diplomas one at a time and posed for photos.

Class valedictorian Jorja Morre and Salutatorian Kyra Richardson reminisced about their time at St. David, the importance of working hard to reach goals and touched on plans for the future.

Arleen Kennedy — On May 12, the St. David Unified School District Governing Board voted to accept a letter of resignation submitted by District Superintendent Arleen Kennedy, along with a separation agreement between Kennedy and the district.

Kyle Hart, who serves as superintendent at Valley Union and Pearce school districts, was later hired as St. David School District’s superintendent, a shared position with all three districts.

Kennedy, who held her administrative position in St. David for 18 months, resigned after some parents and staff members filed grievances against her during board meetings in January. Kennedy now works for a small school district in the Phoenix area.

A collection of American Veterans Traveling Tributes was on display in Benson from Sept. 17-20, for a four-day “Heroes’ Welcome” commemoration that drew thousands of visitors to the exhibit at San Pedro Golf Course.

Along with the Vietnam Memorial Wall, AVTT debuted its Afghanistan & Iraq Warrior Tribute, as well as monuments commemorating WWI and WWII, moving through history to include Desert Storm, the USS Cole Attack, the 911 attacks, and more.

Organized by Najayyah Many Horses and the Benson Chamber of Commerce, the tribute was designed to give people a time of quiet reflection as they remembered those who served.

“Never before in the history of AVTT’s traveling tributes have all of these monuments been on display at the same time, at the same place,” Many Horses said. “It’s a huge honor that Benson was selected for this, and we were proud to showcase these extraordinary monuments to the community while honoring all veterans.”

On Sept. 2, the Community Food Pantry of Benson celebrated its first food distribution out of its new home, located on the campus of Calvary Baptist Church, 2300 W. Calvary Lane in Benson.

The pantry’s new facility offers a number of improvements from its previous “Easy Street” location, including plenty of parking, an air-conditioned building, two restrooms and a much cleaner facility. In addition, the new location saves $1,000 a month in rent, according to pantry board vice president Carol Jenkins. The food pantry has been serving the community since 1984. Last year, 37,400 people turned to the facility for help with provisions.

Food box distributions are every Wednesday from 9 to 11:30 a.m.

After three years as a part-time office manager for the Benson/San Pedro Valley Chamber of Commerce, Najayyah Many Horses decided to resign, with Dec. 11 as her last day with the chamber.

Promoting local businesses, advocating for veterans and assisting the less fortunate are just some of the ways Many Horses has served Benson.

She decided to leave the chamber in order to dedicate more time to her volunteer role as president of the Community Food Pantry of Benson.

“I’m going to miss the chamber, but it was time for me to slow down, spend more time with my family and devote more time to some of the services I would like to bring to the food pantry,” Many Horses said following her resignation announcement.

After serving the community for 70 years, the Benson Lions Club will be closing its doors.

While the decision to close is sad news for Club President Gloria Ronquillo, the City of Benson will be receiving the building, located at 599 S. Dragoon St., through the Benson Lions Club Foundation. The official transfer of ownership is effective Jan. 1 and offers opportunities for a number of potential uses for the city.

The 3,200-square-foot building comes with a common room capable of holding 287 people, a fully equipped commercial kitchen, pantry and office, as well as two Americans with Disabilities Act compliant bathrooms.

The donated property has a large, paved parking lot and a storage building out the back door.

The city purchased a 3,500-square-foot building from Fort Huachuca which will be used for different department offices. With future plans of demolishing the current City Hall complex because the structure is in poor condition, the modular building will serve as a city hall complex while the city rebuilds.

The solid, commercial-grade building, which was Fort Huachuca’s temporary veterinary hospital, came with a sprinkler system, fire alarms, storage areas and ADA compliant restrooms. The building was purchased for $10,000 and is situated across the street from the current city hall complex on property owned by the city.

Former Benson Vice-Mayor Joe Konrad will be sworn-in as the city’s new mayor on Jan. 4. Konrad is replacing Mayor Toney King, who decided to step down from his mayoral position to serve a four-year term on council.