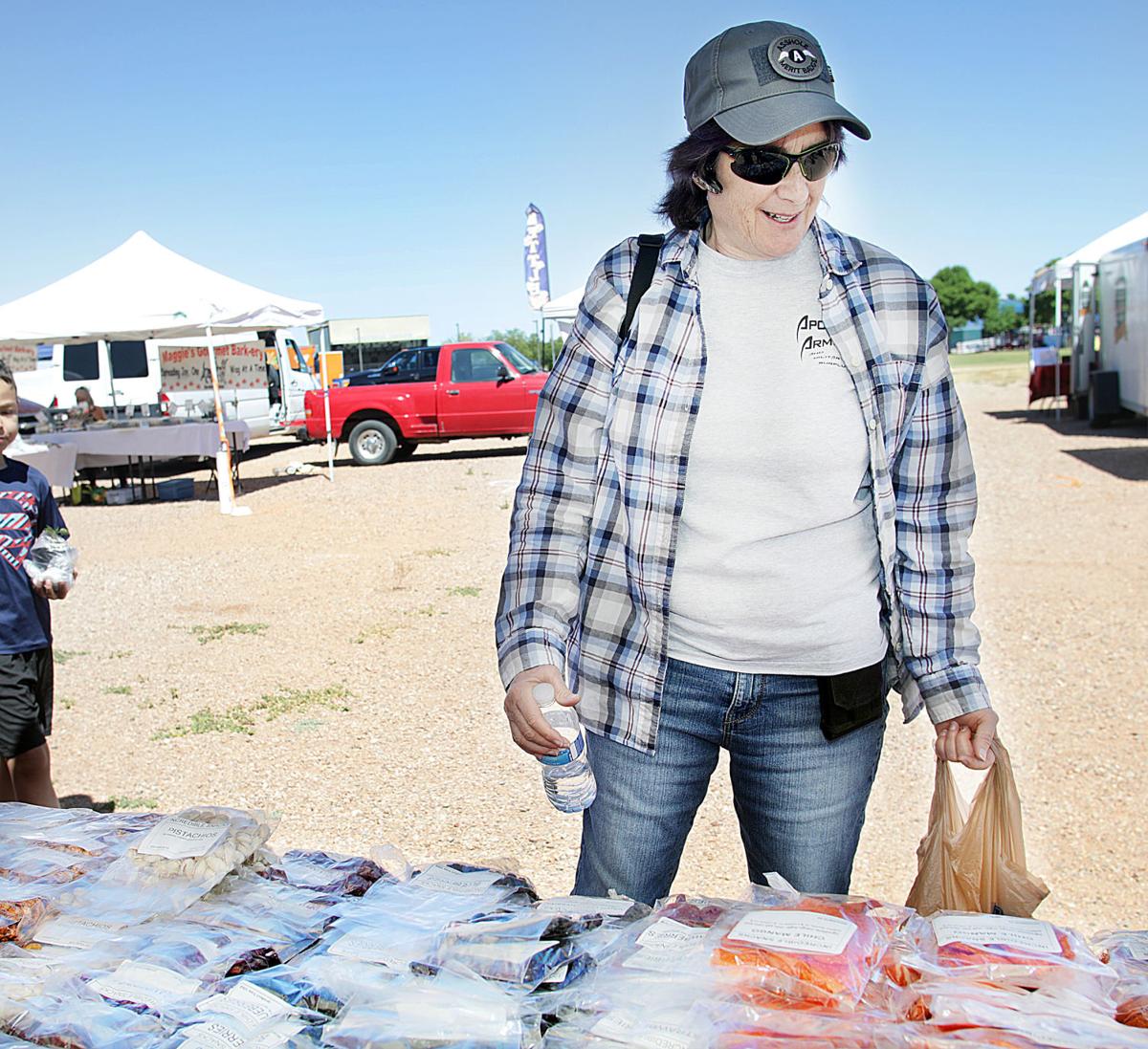 Donna Gilbert searches for the right goods while shopping yesterday at the Sierra Vista Farmers Market. Thursday is the first day the market has been open for the past several weeks. 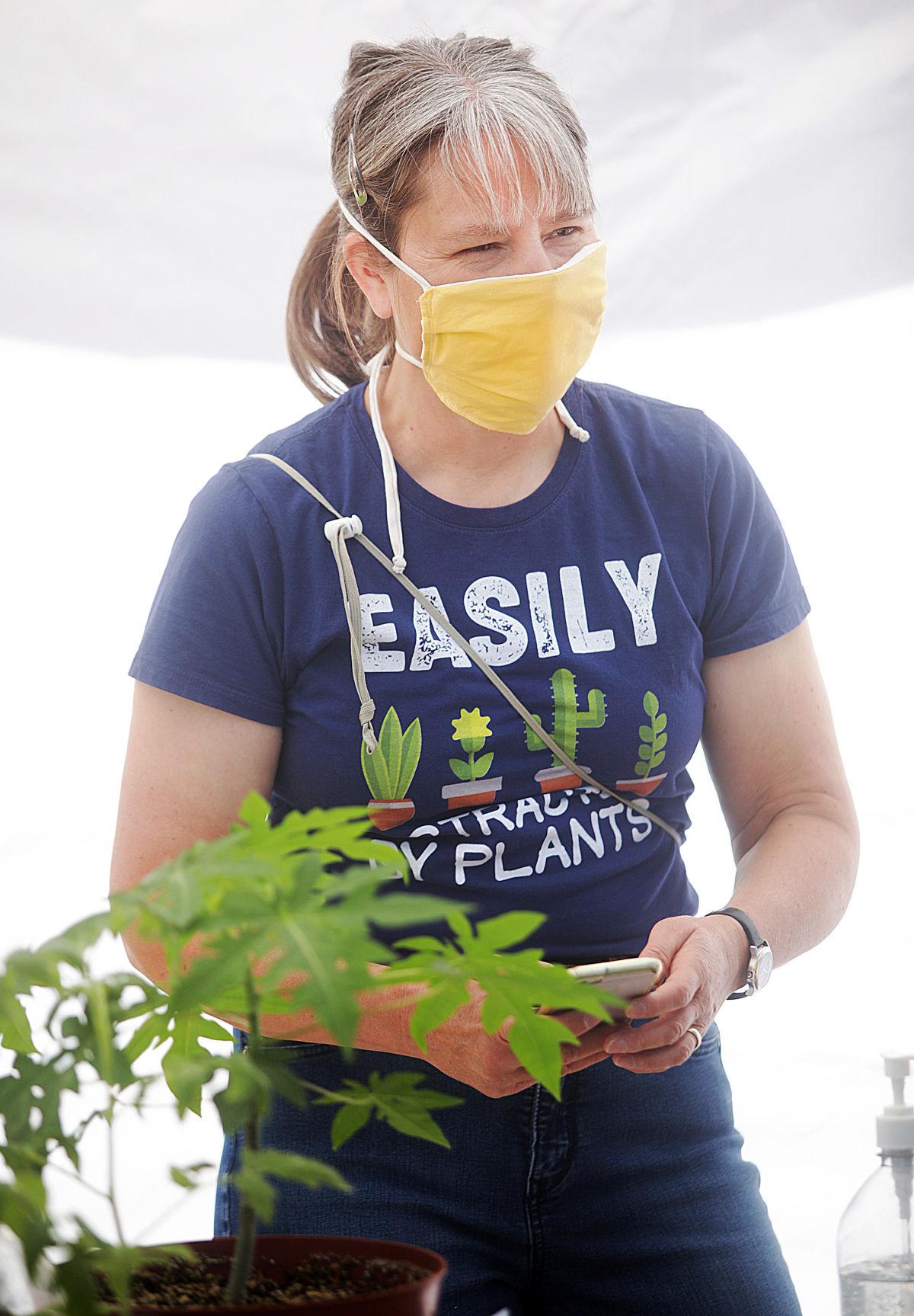 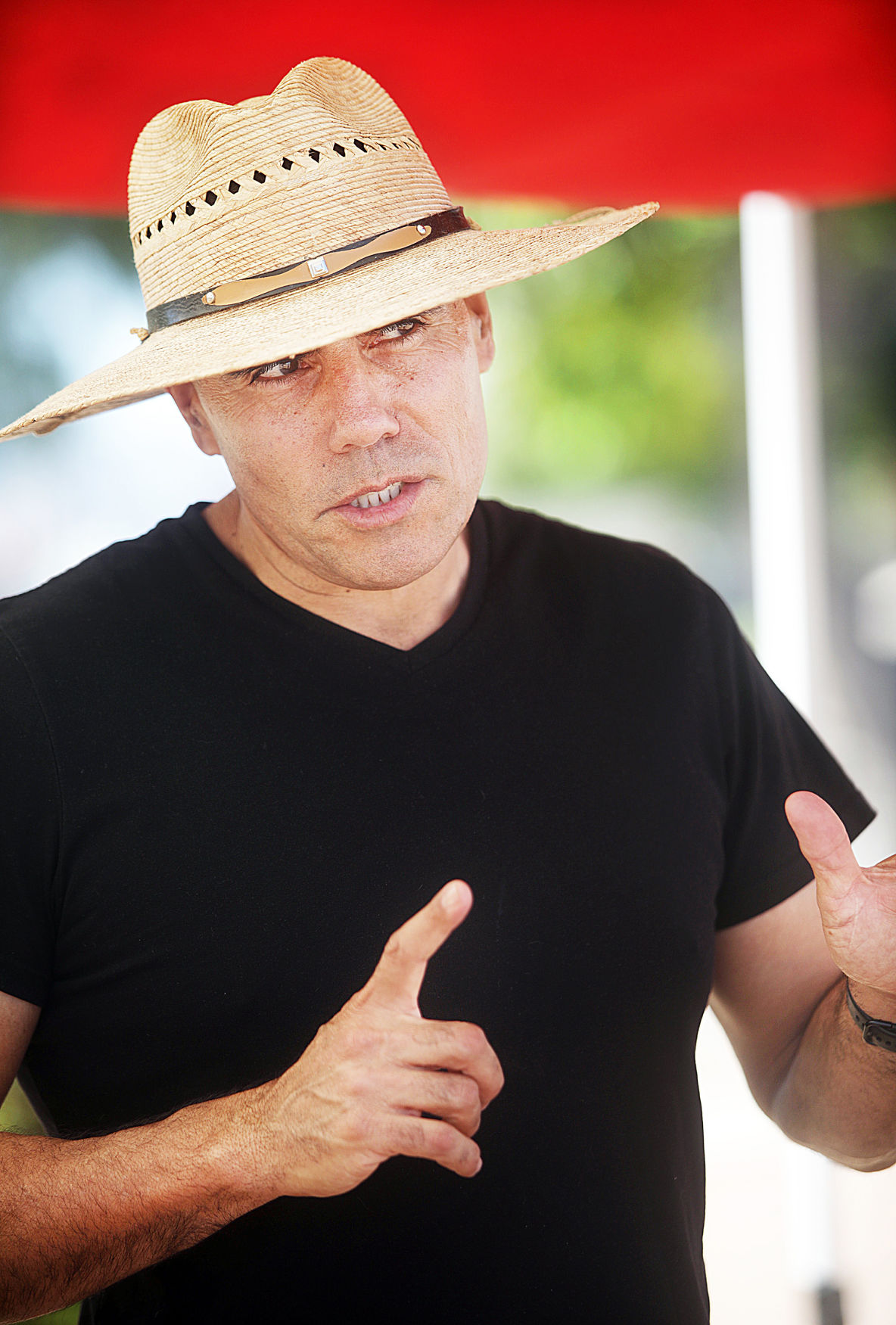 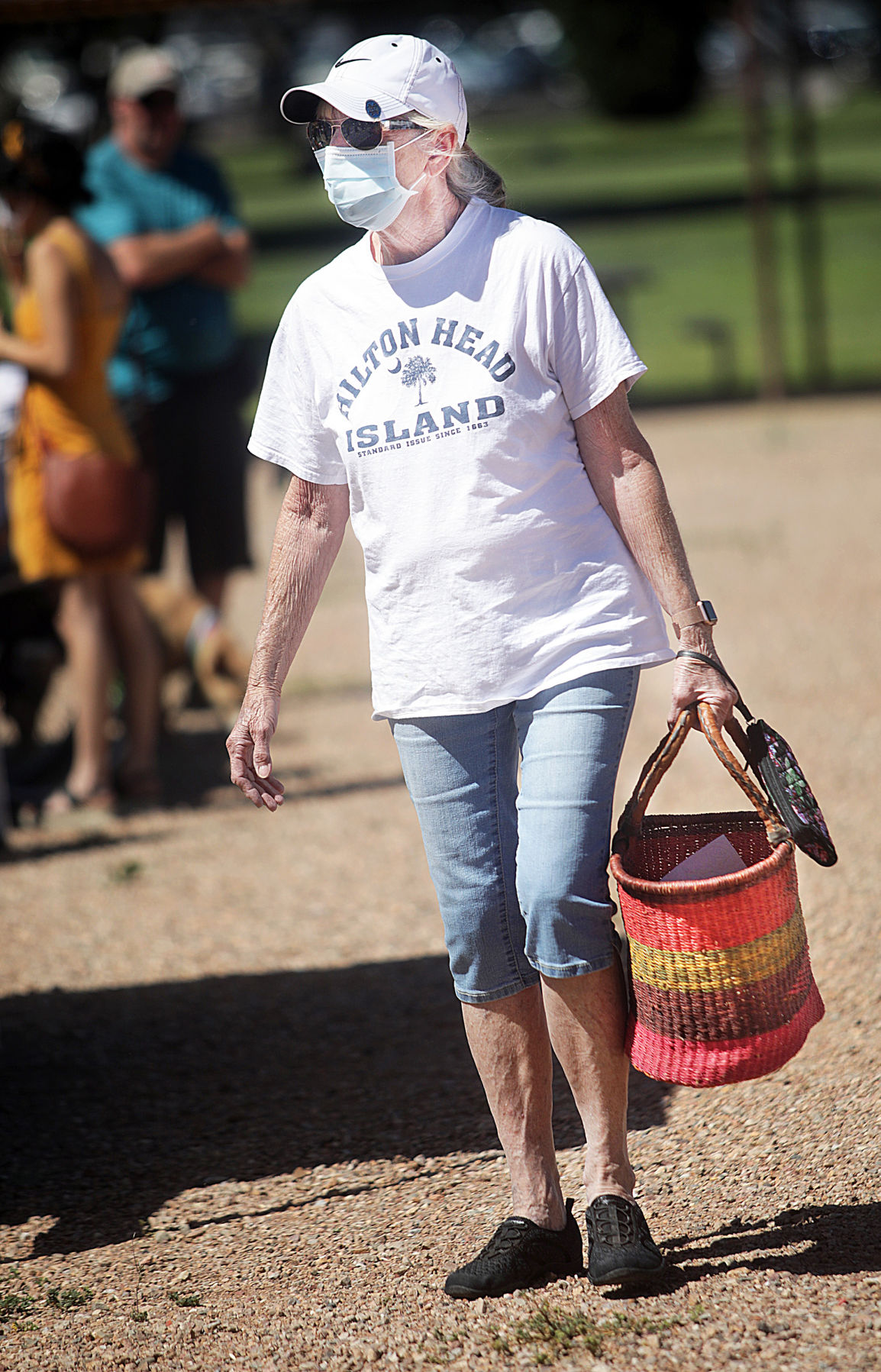 Donna Gilbert searches for the right goods while shopping yesterday at the Sierra Vista Farmers Market. Thursday is the first day the market has been open for the past several weeks.

SIERRA VISTA — They came. They saw. They purchased. The return of the Sierra Vista Farmers Market on Thursday was cause for celebration.

That was the sentiment not only of longtime customers like Risner and her daughter Jessica Kring, but also vendors who said they were missing out on the extra cash they earn from selling their wares every week at Veterans Memorial Park after the farmers market was shut down by the coronavirus.

By 10:30 a.m. Thursday though, there was a steady stream of masked and unmasked customers walking through the rows of booths.

“This is my little extra money,” said Zia Bischoff, owner of Maggie’s Gourmet Bark-ery, where a variety of dog treats and canine accessories covered two tables. “Staying at home won’t do the trick.”

Bischoff showed off her left arm in a dark blue sling.

“I have a broken arm, but when they told me about it opening, I said, ‘I’ll be there,’” she said.

Bischoff pointed out her face mask and the sanitizer near one of her displays. City officials required that every vendor wear a face mask and gloves and provide bottles of hand sanitizer for their clientele.

City officials said the market is an asset for Sierra Vista because vendors pay rent for their space at the park and they also generate sales tax revenue for the municipality.

Leisure and Library Services Director Laura Wilson said the city restored the special event permit for the farmers market this week in conjunction with “guidance provided by Governor Doug Ducey as Arizona begins to reopen and with safety measures put in place by market organizers...”

“Having a Farmers Market in the community provides residents access to healthy, locally produced food and goods,” Wilson said. “This reinforces Sierra Vista’s identity as a healthy community where residents also enjoy a high quality of life and extraordinary outdoor recreation all year long.”

Most of the vendors said they have a loyal following for their individual goods. David Romero of Pima County, who sells his Incredible Snacks at other farmers markets during the week, as well, said The Sierra Vista Farmers Market is his highest earning venue in the summer.

His neighbors James and Katerina Sirakis, owners of Katerina’s — It’s Original Greek, also works other farmers markets during the week, but said Sierra Vista’s is special.

“It’s a beautiful market,” James Sirakis said. “We have a lot of support here.”

As he spoke, customer Maggie McEnry paid for a large, freshly-made cinnamon roll, baked by Katerina Sirakis just hours before the market opened.

“It’s awesome,” McEnry, said referring to the return of the farmers market. “It’s so great to be able to get fresh food again.”