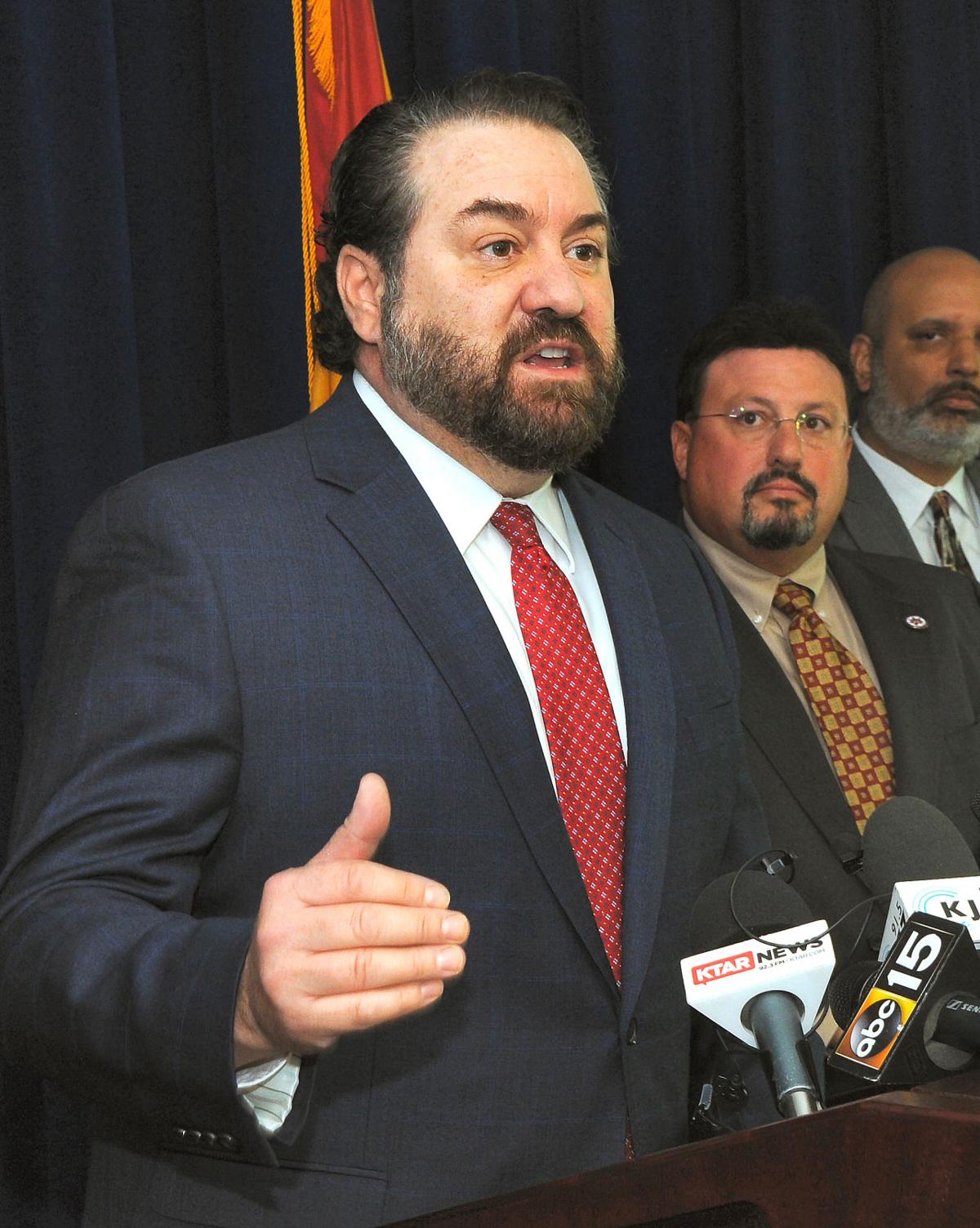 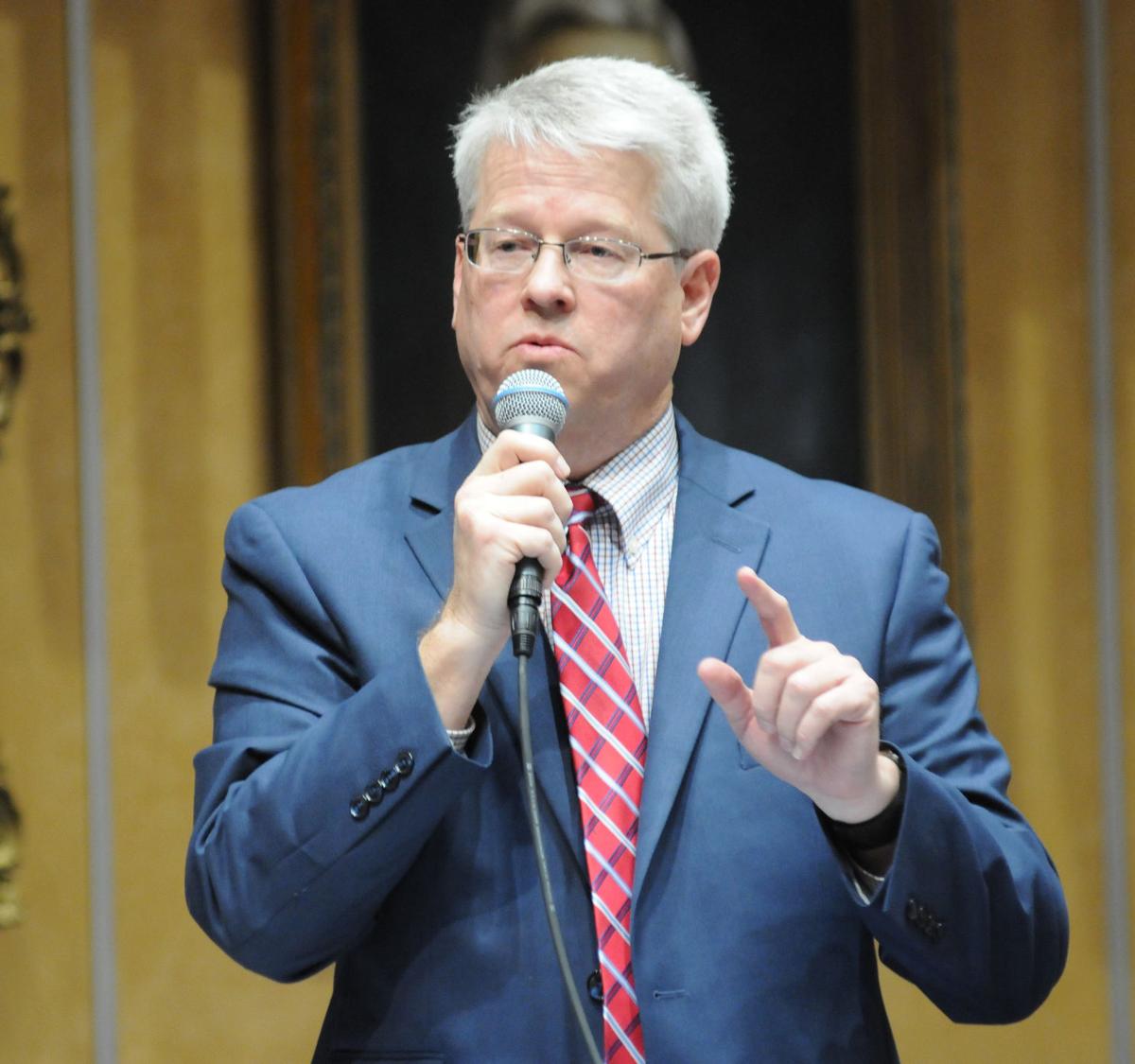 PHOENIX — Sen. Eddie Farnsworth is blaming Attorney General Mark Brnovich for the failure of his legislation to preclude prosecutors from seizing property without first getting a criminal conviction.

The Gilbert Republican told Capitol Media Services he warned Brnovich and others three years ago of his intent to limit their ability to take homes, cars and cash. He said that was designed to give them time to wean themselves off of their reliance on the proceeds to run their agencies.

What happened, Farnsworth said, is that Brnovich and prosecutors waited until this year to start raising objections. And he said that’s because they were simply trying to hang on to the cash — cash he contends is being taken improperly from Arizonans.

“He gets to spend it how he wants, bypassing the legislature, bypassing appropriations (process), bypassing the criminal prosecution,” Farnsworth said of Brnovich. “Talk about creating a fiefdom and being able to self fund by stealing property from the citizens of Arizona.”

Brnovich aide Ryan Anderson said his boss has no problem with the basic premise of linking property seizures to criminal convictions..

But he said there are technical problems with the bill as it was unanimously approved by the Senate, problems that Anderson said would have been corrected had the House had full-scale hearings and review.

All that, he said, got shoved aside when lawmakers took an extended recess due to the COVID-19 outbreak. So instead, Farnsworth pushed ahead with the original version, saying any issues can be addressed in a future legislative session.

“A pandemic is not an excuse to ram through poorly constructed policy with the hope or promise that maybe the substantive programs can be fixed in the future,” Anderson said.

Central to the debate is the ability of prosecutors to seize property if they can get a judge to rule there is “clear and convincing evidence” it is tied to a crime.

The problem, said Farnsworth, is that nothing actually requires prosecutors to convict the property owner of a crime — or even charge that person with criminal activity. He called that “legal theft.”

Anderson, however, said the bill does far more than simply require a criminal conviction.

“We do complex and white-collar crime and drug organizations,” he said.

“This bill would have prohibited us from even putting a lien on property in order to secure assets in case (there would be) a conviction,” Anderson said. Those assets, he said can be used to reimburse victims of crimes.

All that, Anderson said, would change had Farnsworth’s measure been approved.

“What would have happened is that white-collar criminals, after they have been indicted, would have free rein to liquidate their assets and transfer their assets,” he said. “And by the time you actually got around to a conviction, there would be no money left.”

Farnsworth, however, said his legislation would still allow liens to be placed on property. But prosecutors would first have to show that it actually is evidence in a pending criminal case.

But Farnsworth said this really isn’t about about recovering money from drug kingpins and white-collar criminals. He said three-fourths of the forfeiture cases filed by state and county prosecutors statewide were for amounts of less than $10,000.

“It’s money,” he said. “And they’re trying to protect that direct revenue source that they get.”

From his perspective, Farnsworth said the attorney general shouldn’t even be involved in the debate.

“Brnovich has an incredible conflict of interest because he gets to take property without even even filing” criminal charges, he said, much less actually have to get a conviction.

Anderson conceded that money is an issue. But he said if lawmakers want to remove the $1.43 million the office now gets from seized property do not replace it with something else, they need to understand the implications.

“This bill would punitively have cut funding for our criminal division without the makeup in appropriations, which would have resulted in the laying off of 11 employees in our criminal division,” Anderson said. “And these are people who work on everything from white-collar crime to public corruption and child exploitation cases.”

He said Farnsworth is simply looking for someone to blame for the defeat of the measure.

The bill would not have died had Farnsworth been able to marshal the support of all 31 Republicans in the House. But eight of them joined with the 29 Democrats who were united in opposition.

“The counties that I represent are not using it for a cash cow,” said Rep. David Cook, R-Globe.

And he said county attorneys have the discretion to decide when to try to seize property and when not.

Anyway, Cook said, prosecutors can’t simply take items or cash but must first get approval from a judge.

“What my county attorneys tell me is that their input into this bill was completely ignored, that what they wanted to see in this bill was not taken into account,” he said.

Farnsworth refused to name names. But he said that, in some cases, there’s politics involved.

“They’re trying to get reelected and they think that they need the county attorneys, etc., supporting them,” Farnsworth said. “Then it becomes putting their own preservation above what’s good for Arizona.”

“We all think there needs to be reform in this area,” she said. But Engel said Democrats had questions that they could not get answered because of how quickly the measure was pushed through the House.

“Is this the best bill we can get?” she asked. “We’re not going to shove this through without checking it out.”