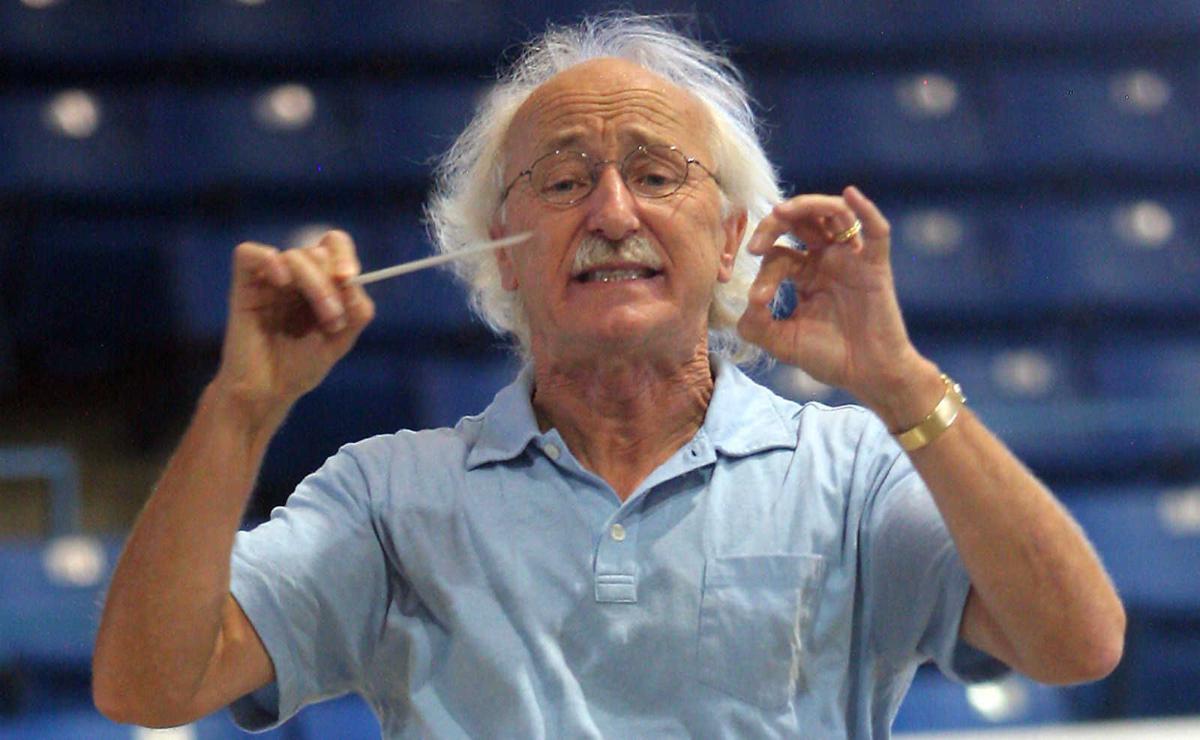 Albert-George Schram will serve as guest conductor on Jan. 24. 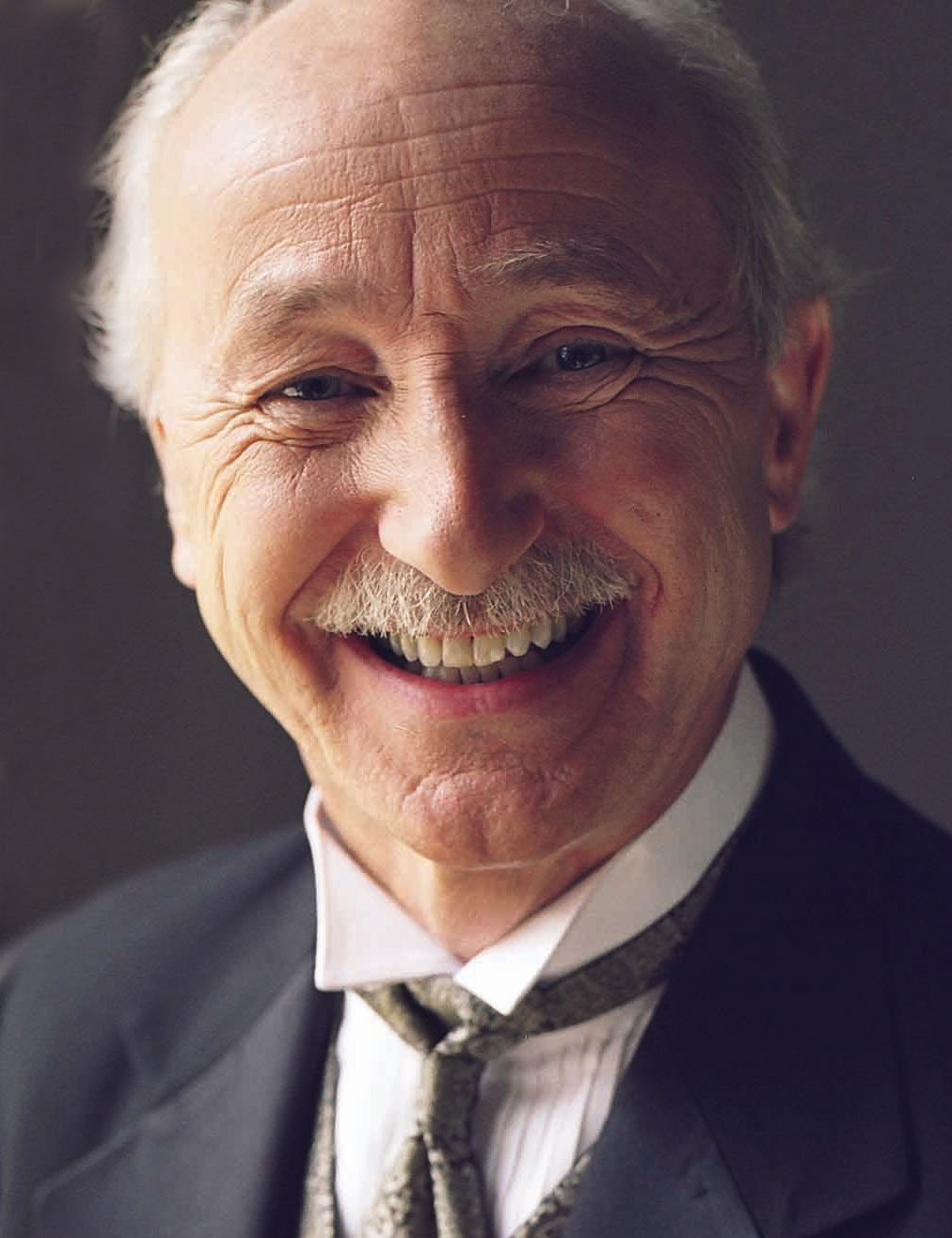 Taking us on this musical odyssey as guest conductor on Jan. 24 will be Albert-George Schram.

Albert-George Schram will serve as guest conductor on Jan. 24.

Taking us on this musical odyssey as guest conductor on Jan. 24 will be Albert-George Schram.

BISBEE — The Bisbee Community Chorus is pleased to once again host the Tucson Symphony Orchestra in Bisbee, Wednesday, Jan. 24.

For this performance, which will begin at 7 p.m., the concert will once again be at the Bisbee High School Auditorium, 325 School Terrace Road.

This year’s concert, titled, “All American Symphony,” will begin with Dudley Buck’s Festival Overture on the American National Air (The Star Spangled Banner), continue with Leonard Bernstein’s Overture to Candide and Antonin Dvorák's Symphony No. 9 In E Minor "New World": 4th Movement. But this concert offers something a little different — the opportunity to hear symphonic versions of some of the standards from the 20th century. There will be a George M. Cohan salute, and a medley of songs from Frank Loesser’s “Guys and Dolls” including Guys and Dolls, Luck Be a Lady, I’ve Never Been in Love Before. A Bushel and a Peck. Follow the Fold, If I Were A Bell and Sit Down You're Rockin' The Boat.

The program also includes such standards as Cole Porter’s Begin The Beguine, and movie scores written by Henry Mancini for “The Pink Panther” and “Peter Gunn" as well as Bill Conti’s “Highlights From Rocky.” The concert closes with a tribute to Irving Berlin featuring There's No Business Like Show Business, Alexander's Ragtime Band, Always, Anything You Can Do, How Deep is the Ocean, Blue Skies, Puttin’ on the Ritz and God Bless America.

Taking us on this musical odyssey will be Guest Conductor, Albert-George Schram. Originally from the Netherlands, he was educated at The Hague Conservatory as well as at the Universities of Calgary and Victoria in Canada, and at the University of Washington. Equally adept at conducting classical and pops programs, Albert-George Schram has led a wide variety of repertoire for many orchestras in the U.S. and abroad. Schram is currently Resident Staff Conductor of the Columbus (Ohio) Symphony and Charlotte Symphony orchestras. He has conducted classical, pops, holiday and educational concerts for both orchestras. He has also served as Music Director of the Lubbock (Texas) Symphony and the Lynn Philharmonia (Florida). Most recently, Schram concluded his tenure as Resident Conductor of the Nashville Symphony Orchestra. Previously he has held titled positions with the Louisville Philharmonic

and Florida Philharmonic orchestras. Schram’s guest-conducting roster has included the symphonies of Dallas, Charlotte, Tucson, New Orleans, Oklahoma City, Louisville, Spokane, San Antonio and Orlando, among others. His conducting engagements abroad have been with the Netherlands Radio Philharmonic, the KBS (Seoul) and Teagu Symphonies in Korea, the Orquestra Sinfonica Nacional of Bolivia, the Orquestra Sinfonica Universidad Nacional de Cuyo in Argentina, the National Symphony Orchestra of Uzbekistan and the Orchester der Allgemeinen Musikgesellschaft (Luzern) in Switzerland.

As a pops conductor, Schram has worked with James Taylor, Art Garfunkel, Chris Botti, Boyz II Men, LeAnn Rimes, Kenny G, Olivia Newton-John, Smokey Robinson, Chicago, Aretha Franklin, and numerous others. We are fortunate to have his vast expertise and experience to guide us on our journey.

Tickets for the concert are $20 for advanced ticket sales or $25 at the door. Students K-12 will be admitted free to the performance as part of a school sponsored group or when accompanied by an adult with paid admission. The doors will close at the beginning of the concert and there will be late seating only between pieces. Therefore, we recommend an early arrival in order to find parking and be seated in the auditorium by 6:45. Purchase of advance tickets, available at outlets through 5 p.m. on Tuesday, Jan. 23, or until the concert is sold out, is strongly recommended.

Tickets are available in Bisbee at Finders Keepers and at Bisbee Office Supply. Other ticket outlets include the Douglas Art Association Gallery in Douglas, and Oscar Yrun Community Center in Sierra Vista. Tickets are also available from chorus members, by calling 520-432-0558, online at bisbeechorus.com or at the door.