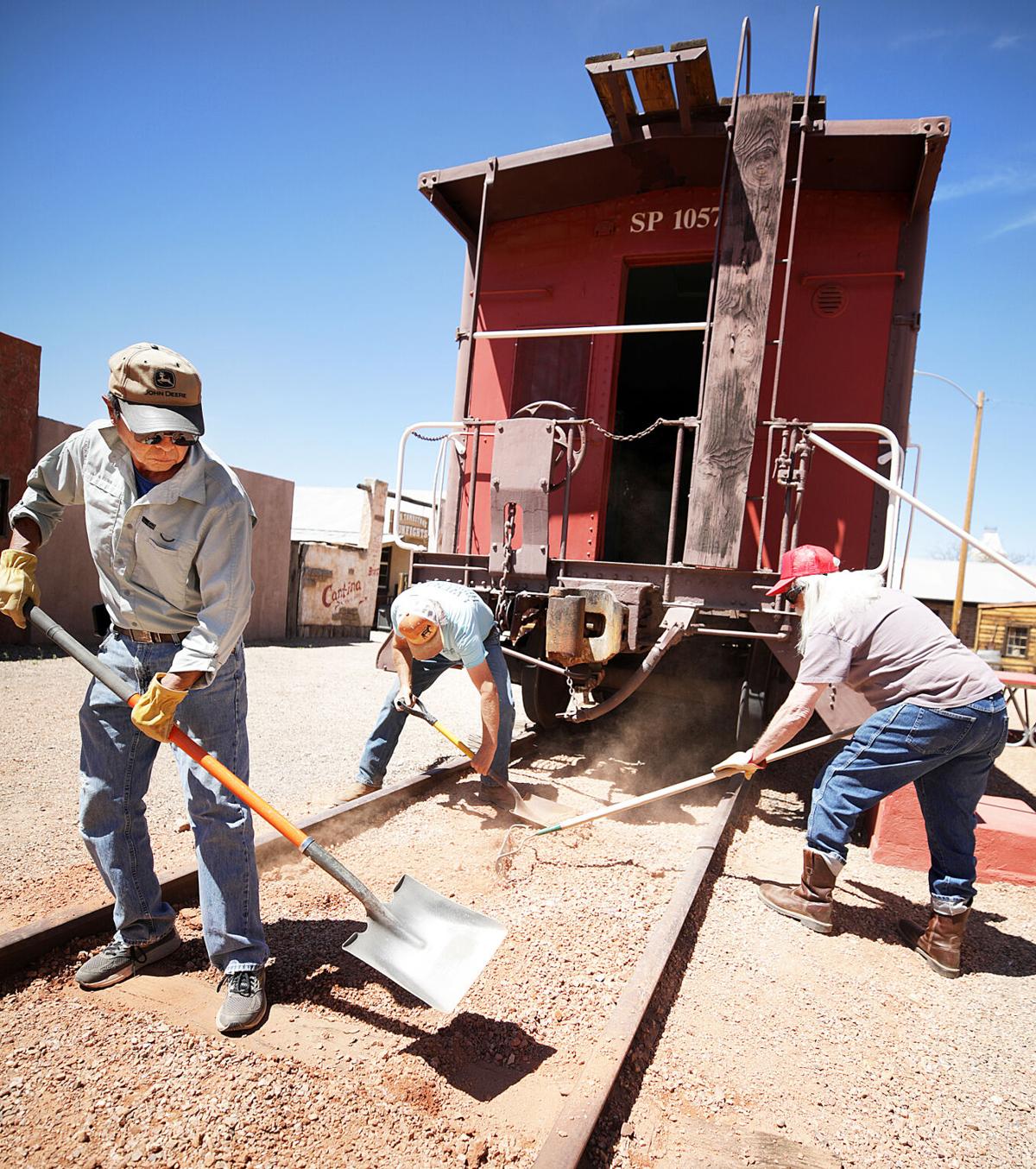 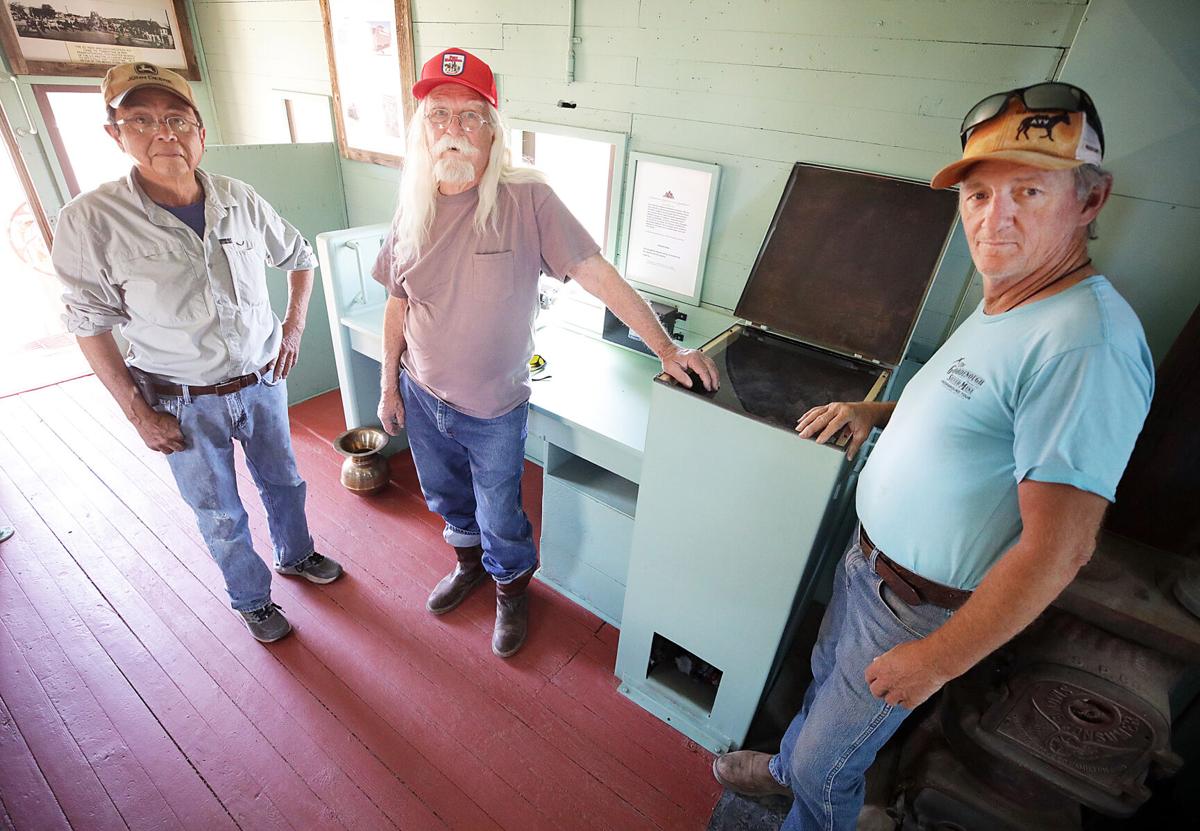 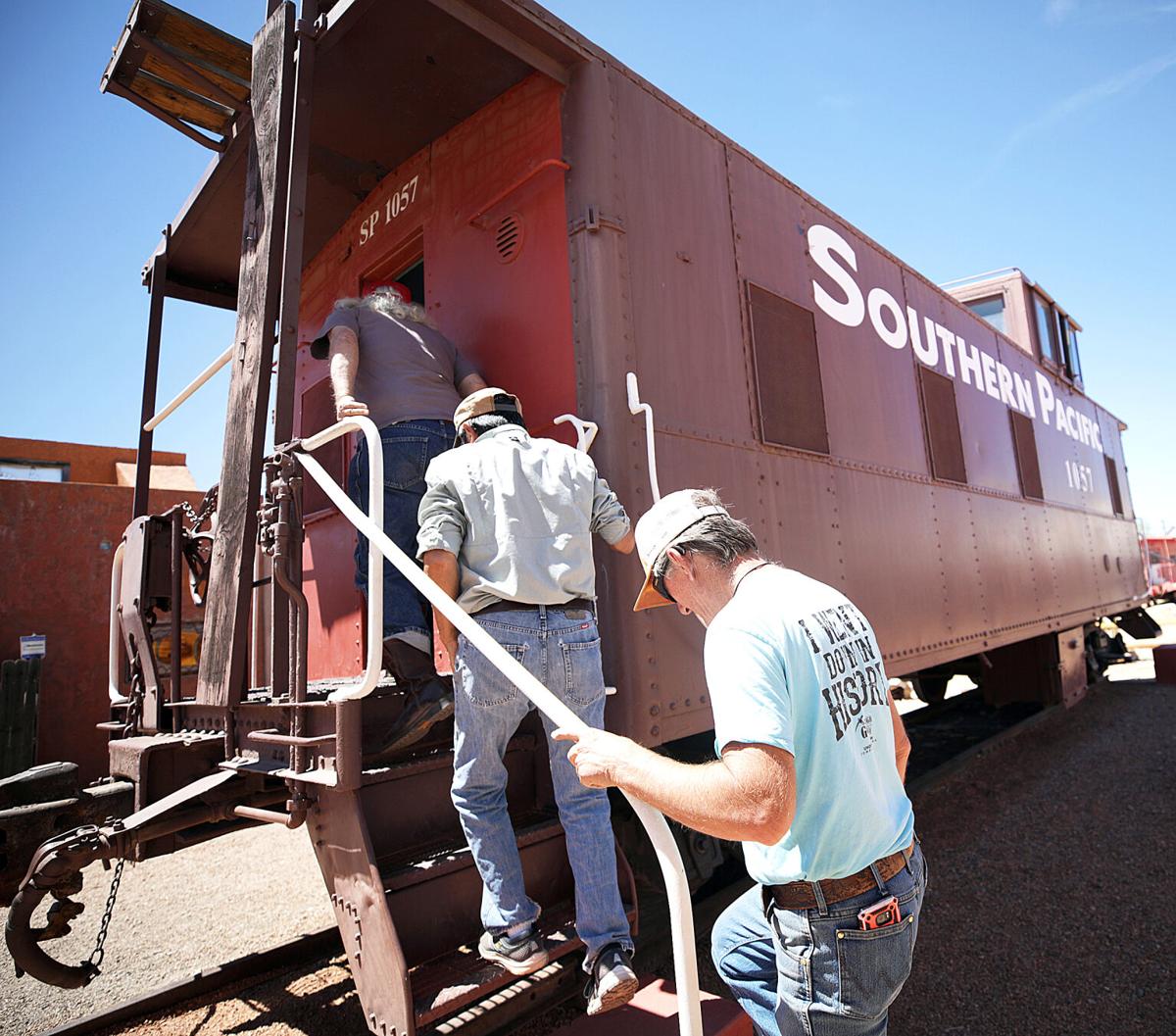 Retired Union Pacific Caboose 1057, which has been on display behind the Tombstone Public Library for years, has been restored by the Tombstone Restoration Commission.

Retired Union Pacific Caboose 1057, which has been on display behind the Tombstone Public Library for years, has been restored by the Tombstone Restoration Commission.

TOMBSTONE — In celebration of the first train to roll through Tombstone 118 years ago, members of the Tombstone Restoration Commission hosted a ribbon cutting ceremony dedicated to a newly renovated Southern Pacific Railroad caboose.

The Southern Pacific Caboose 1057 is on display behind the Tombstone City Library — a building that once served as Tombstone’s train depot — located at the corner of Fourth and Toughnut streets.

“El Paso and Southwestern Railroad built the rail that connected Fairbank to Tombstone in 1903,” said Tombstone Restoration Commission President Bob Ramirez. “On April 12 of that year, the first train came into Tombstone and 2,000 people gathered at the depot to celebrate its arrival.”

The commission’s restoration work on the caboose was completed in time for the town’s 2021 Rose Festival on Saturday and Sunday, which tied in nicely with the railroad’s 118-year anniversary in Tombstone noted Ramirez, who has been a member of the restoration commission for about 10 years.

Born and raised in Tombstone, Ramirez works with other restoration commission members as the nonprofit organization strives to preserve the town’s historic buildings and sites and Old West history.

The El Paso and Southwestern rail line for Tombstone was built from Fairbank to Tombstone. According to information provided by the restoration commission, construction crews started laying track at Fairbank on March 9, 1903 and reached Tombstone on March 24. Passenger service began on April 5, followed by the celebration on April 12.

The railroad continued to serve Tombstone until August 1960.

Retired Caboose 1057 was built by Southern Pacific Railroad in 1941 in Los Angeles, and was transported to Tombstone by truck as a donation in 1971. The caboose and a boxcar were placed behind the former depot on the old railroad tracks.

Restoration work to the caboose involved repainting it, repairing the steps and rail leading into the caboose, as well as replacing rotted areas around the windows and other areas.

Along with Ramirez, Tombstone Restoration Commission Vice-President Jay Nenninger and commission member Robert Davenport have been working on the property in preparation for the ribbon cutting ceremony on Saturday.

“We’ve worked at restoring the caboose back to its original condition,” said Davenport. “The City of Tombstone owns the property, caboose and library, but didn’t have the funding they needed for renovations, which is why the commission stepped in and did the work.”

The Southern Pacific Class C-40-3 cupola type caboose is made of riveted steel and is more than 36 feet long. It weighs 46,800 pounds, or 23.4 tons, and is equipped with a coal stove, toilet, refrigeration unit, desk, typewriter and other furnishings.

“At one time, cabooses were used as shelters for rail crews,” Davenport said.

Caboose 1057 is just one of several Tombstone Restoration Commission projects that have been accomplished. The next item on the group’s list is the Union Pacific boxcar which will serve as a small museum filled with railroad memorabilia.

Both the caboose and boxcar serve as reminders of Tombstone’s railroad heritage during the town’s mining heyday.

Founded in 1949, some of the organization's projects include: