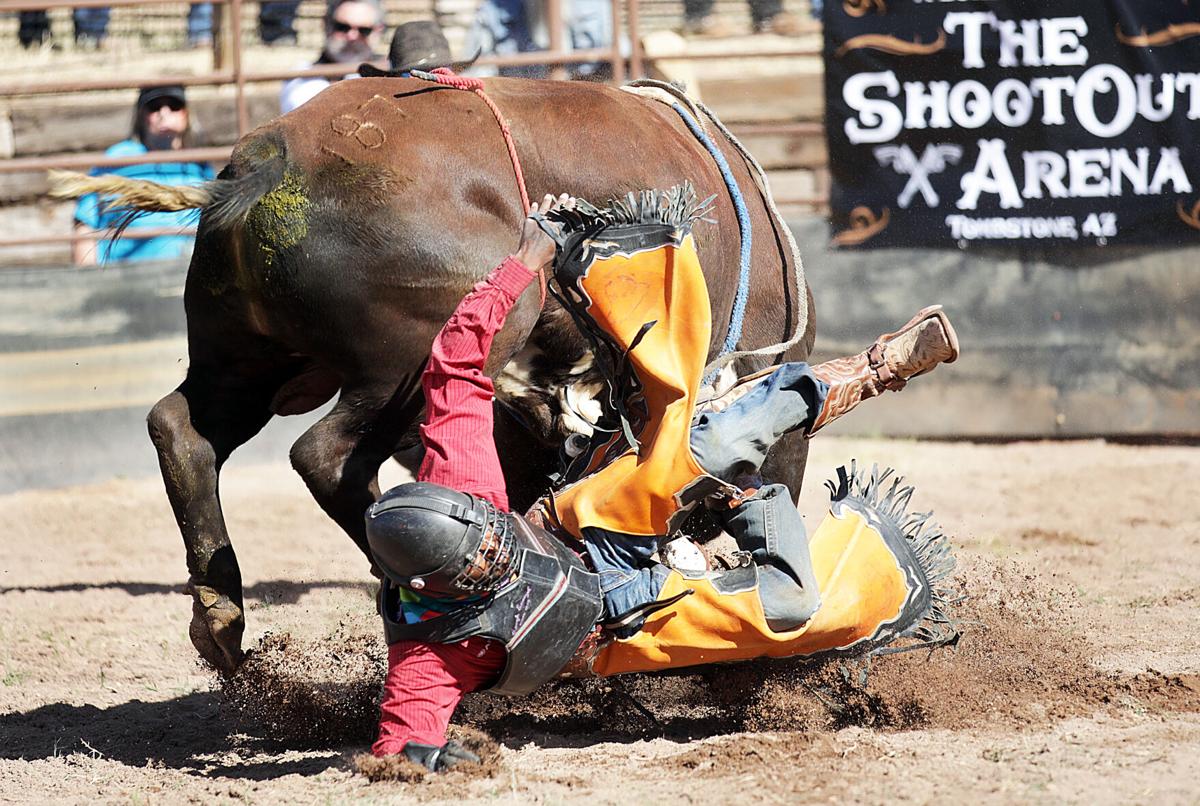 A bull rider ends up in the dirt while competing at the Shoot Out Arena in Tombstone on Saturday. 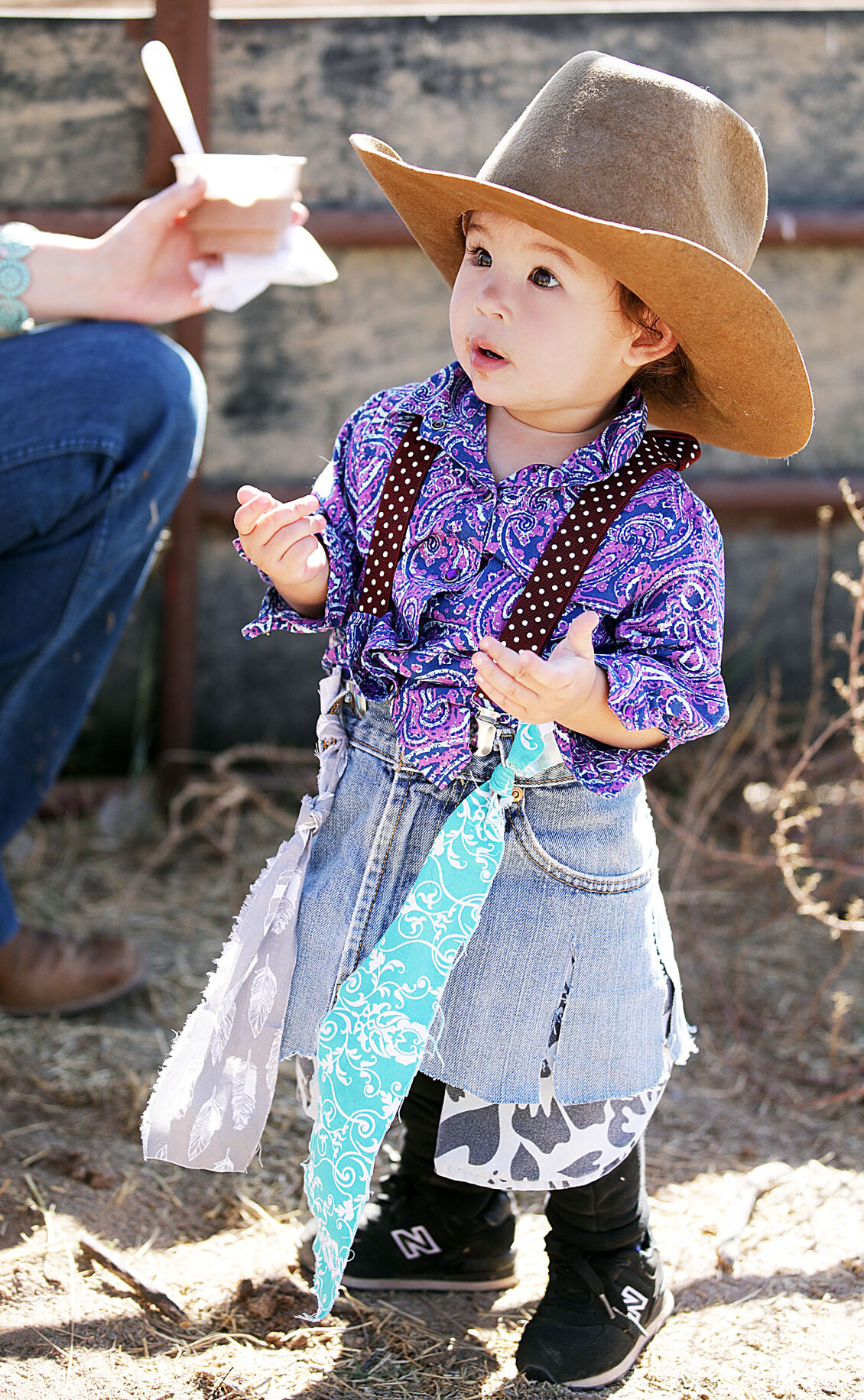 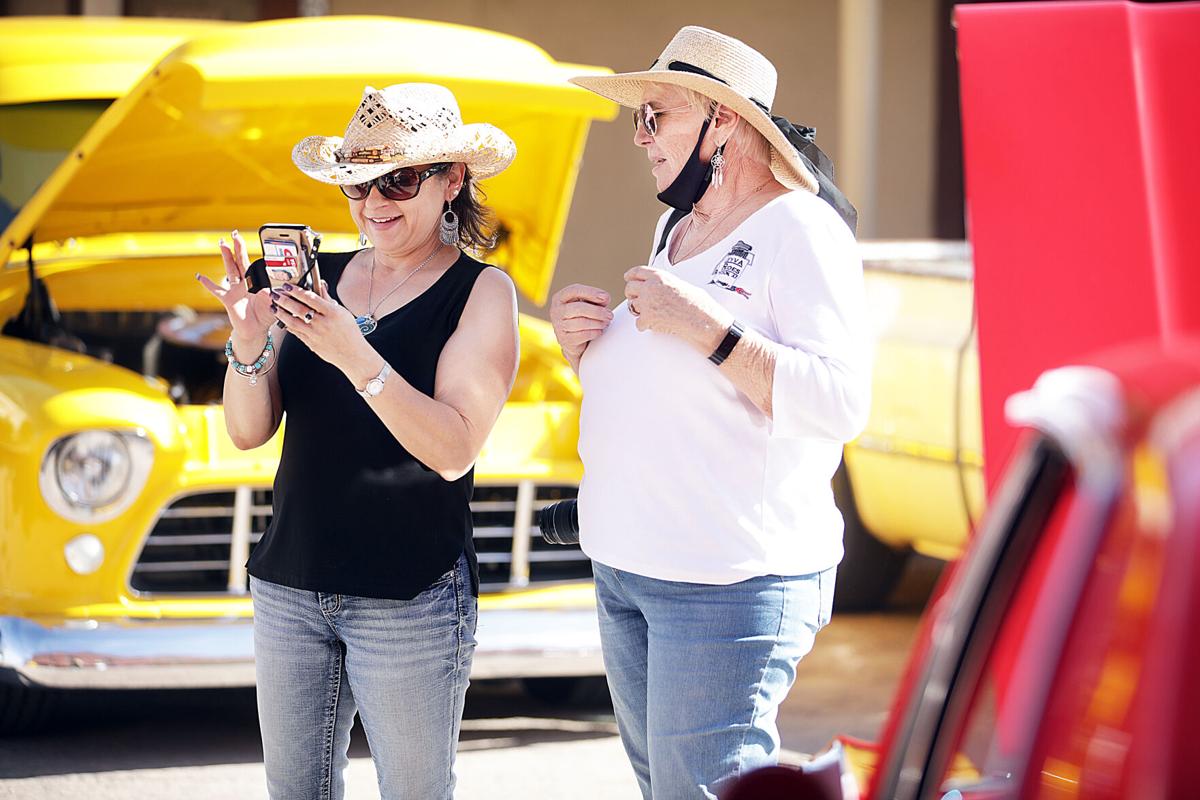 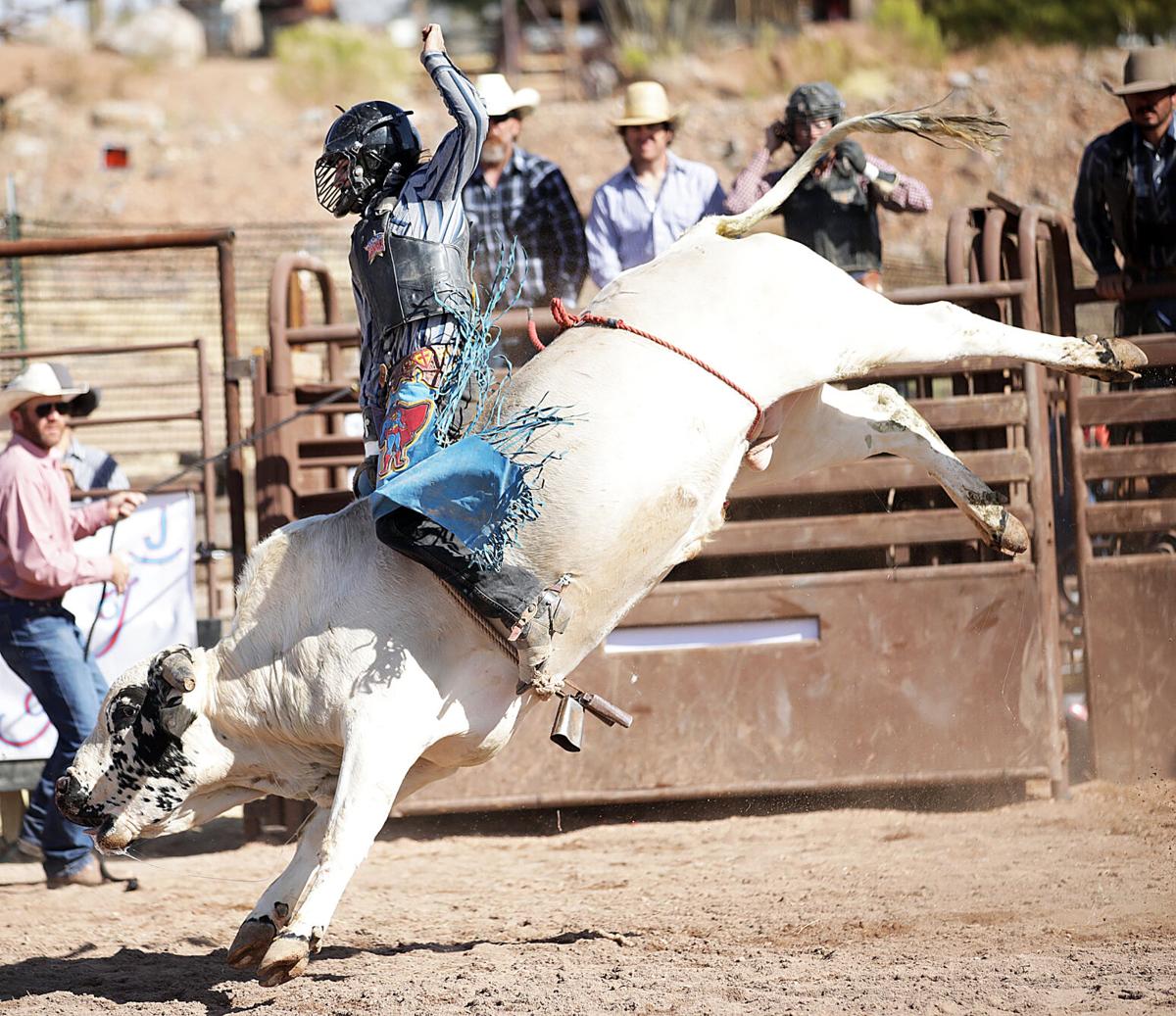 Bull riding takes place in the Shoot Out Arena Saturday in Tombstone. 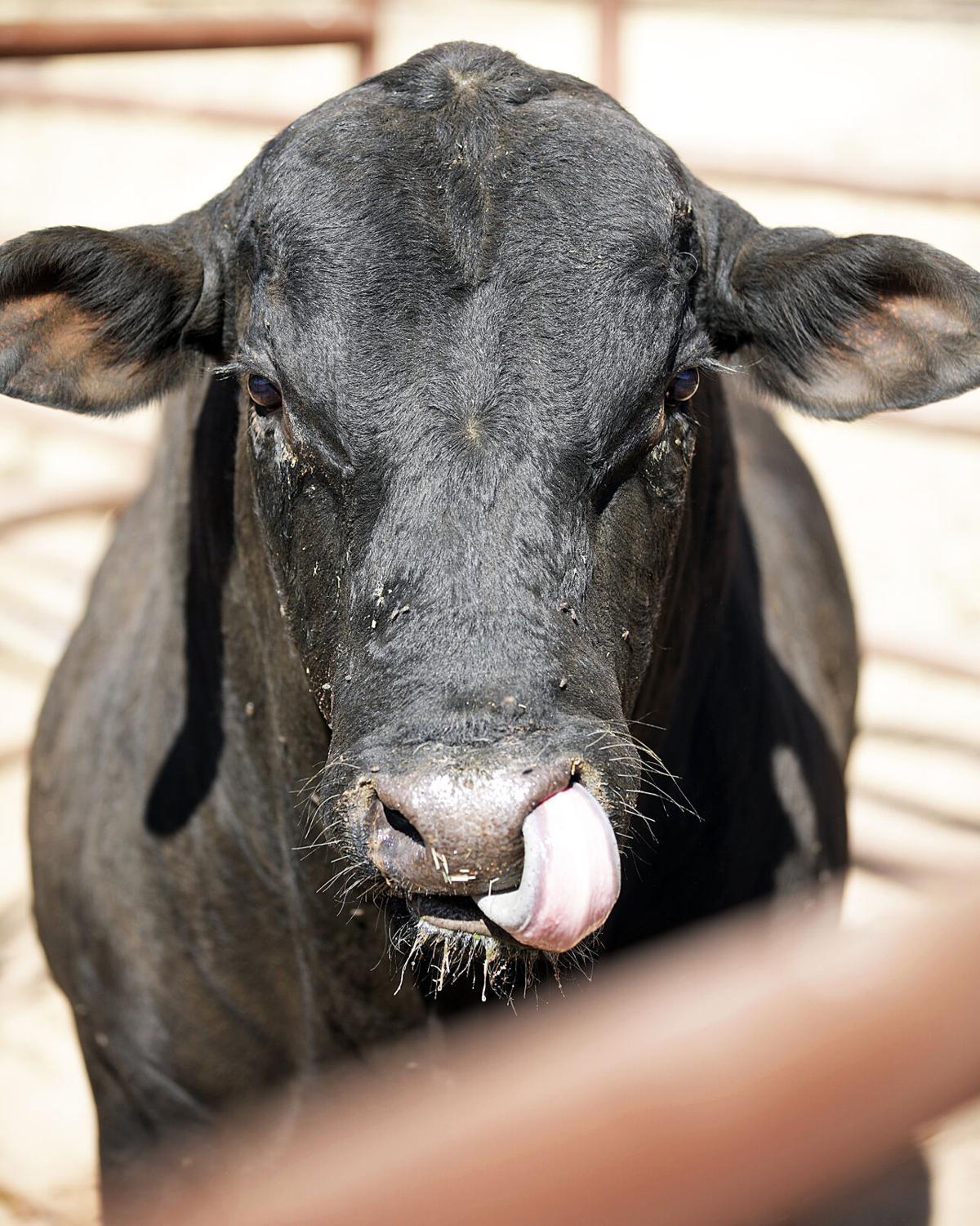 A rodeo participant licks his chops in anticipation of Saturday’s contest. 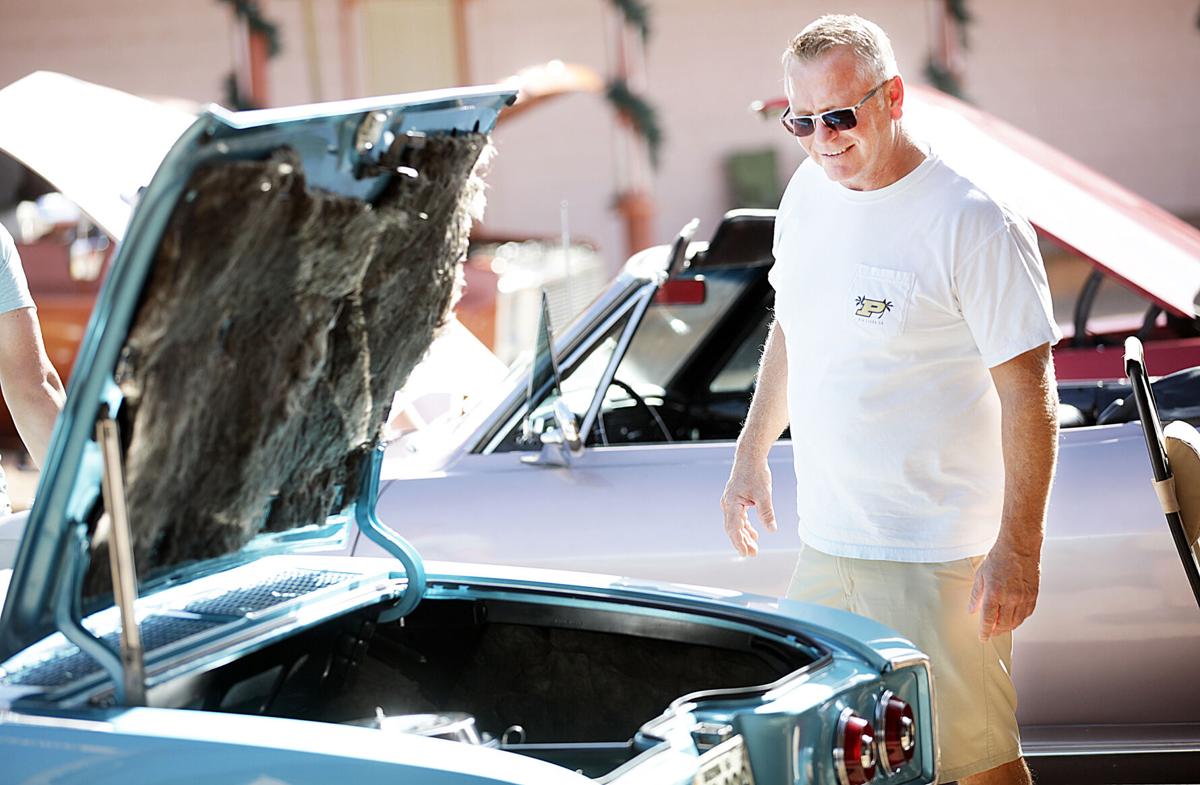 John James, visiting from Cedar Lake, Indiana, checks out the cool rides at the car show. 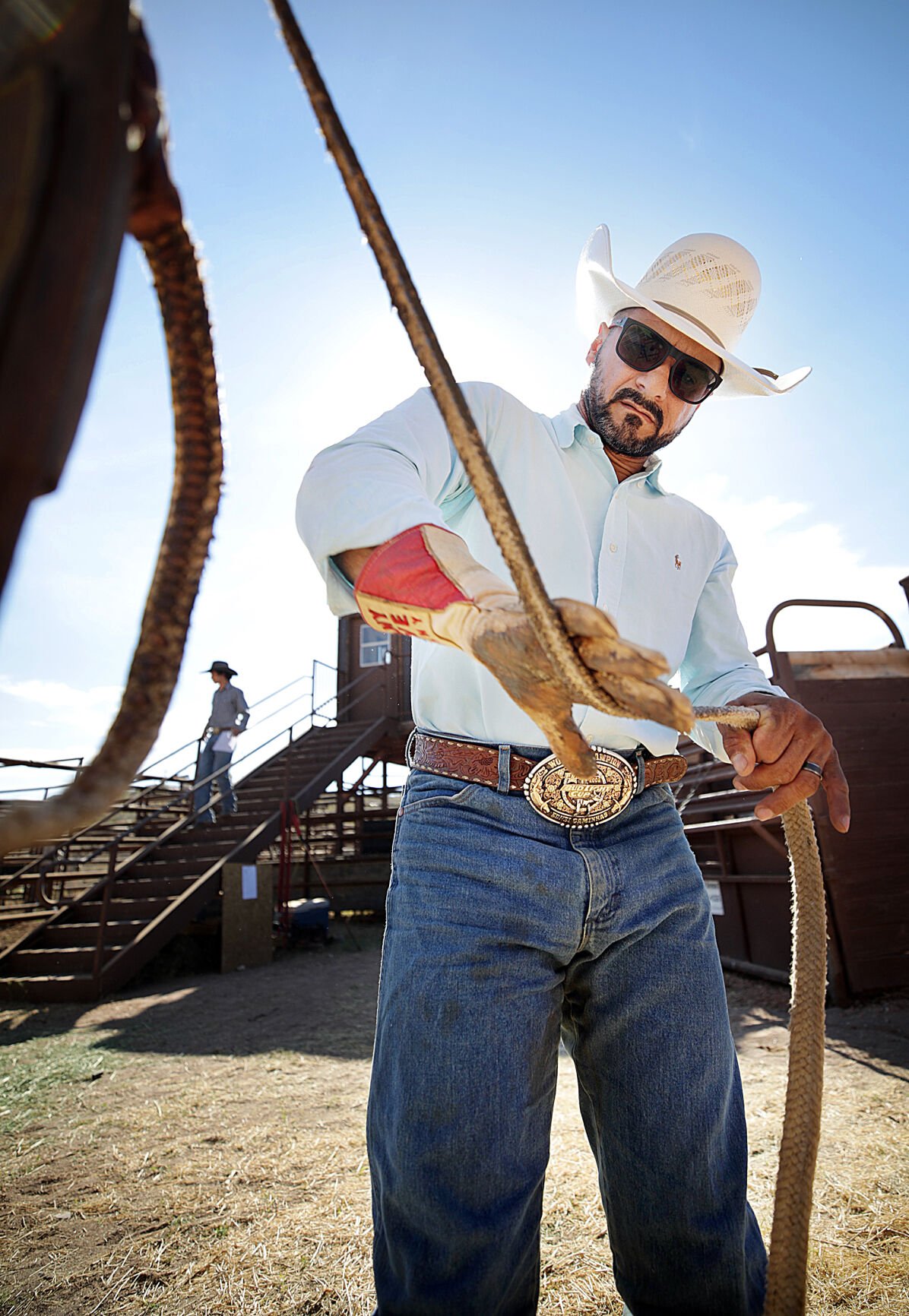 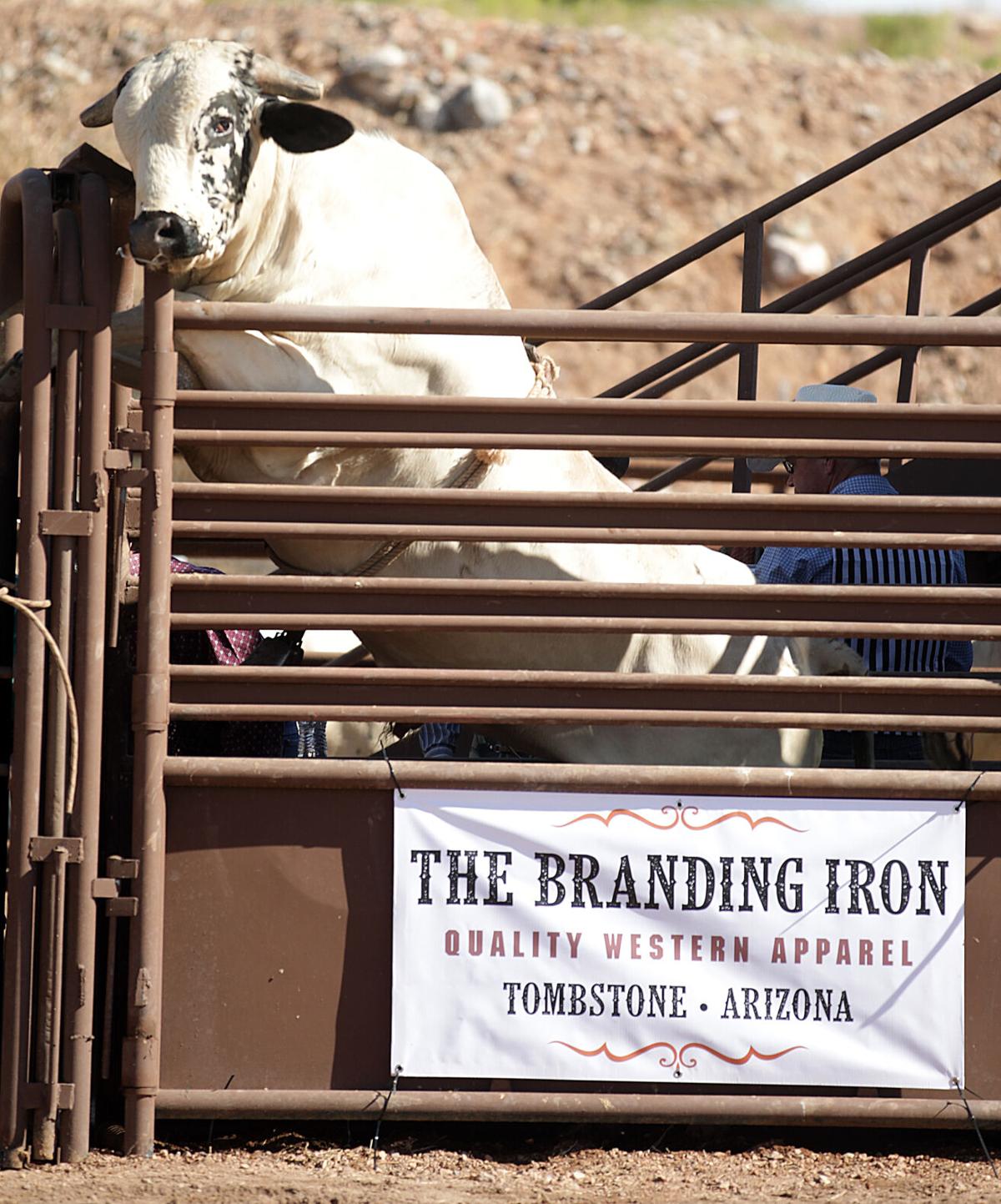 An anxious but coy competitor waits his turn in Saturday. 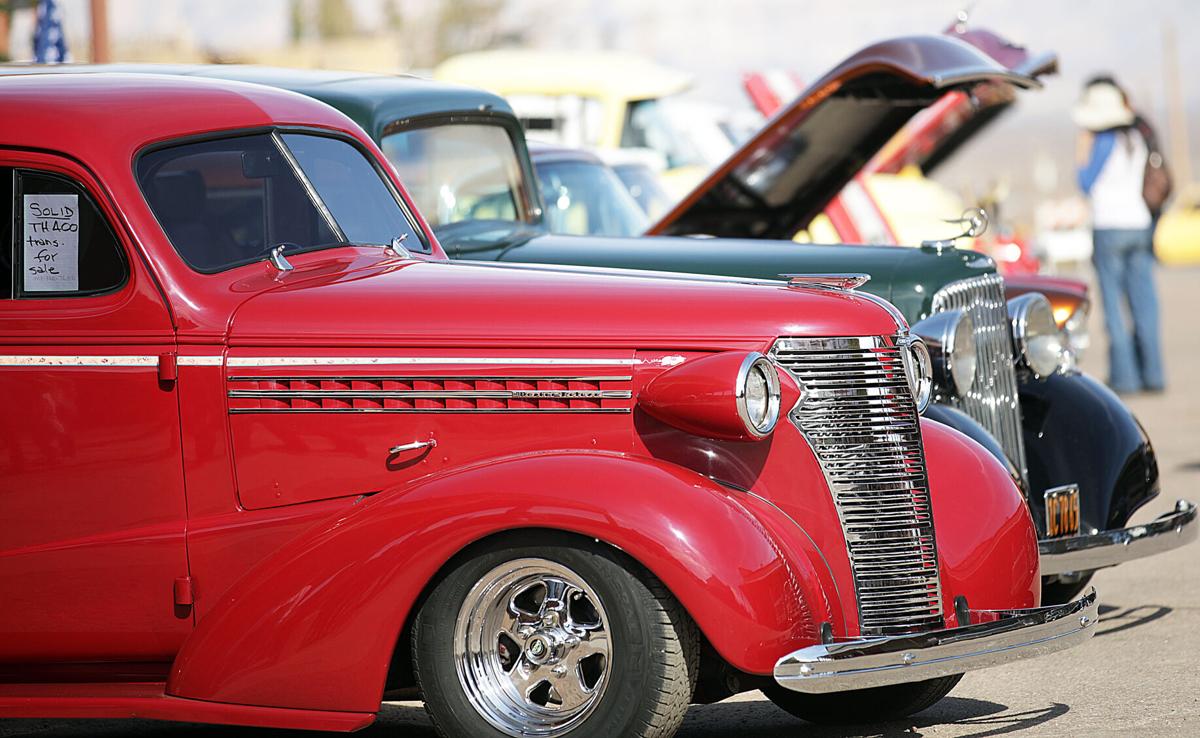 About 50 Chevrolets lined the street during the car show in Tombstone.

A bull rider ends up in the dirt while competing at the Shoot Out Arena in Tombstone on Saturday.

Bull riding takes place in the Shoot Out Arena Saturday in Tombstone.

A rodeo participant licks his chops in anticipation of Saturday’s contest.

John James, visiting from Cedar Lake, Indiana, checks out the cool rides at the car show.

An anxious but coy competitor waits his turn in Saturday.

About 50 Chevrolets lined the street during the car show in Tombstone.

TOMBSTONE — Gunfighters and street entertainers took a back seat to bull riding and classic Chevys in Tombstone this weekend.

Robby and Kati Jundt, owners of the Shoot Out Arena, introduced bull riding to Tombstone during Helldorado weekend last October as an evening production. The inaugural event was a huge hit, attracting about 1,200 people to the arena for kids’ bull riding with miniature bulls on Friday, followed by adult competitors on Saturday.

“The bull riding was so well received that we’re going to continue holding it on the third weekend of every month, but in the afternoon,” Robby Jundt said. “We’re planning our much larger, annual event during Helldorado again, and that one will be in the evening.”

Saturday’s “High Noon” competition was limited to 15 bull riders, with three contestants managing to qualify by riding their bulls the required eight seconds.

Eighteen-year old Jake Dunham from Tucson won the event on a bull named Rampage with a score of 83 points.

“I watched Jake Dunham from the time he started out as a youngster in mutton bustin’ competitions, then worked his way up to calf and steer riding, then onto bulls,” said James Horcasitas, a professional announcer from Las Cruces, New Mexico.

After the congratulatory handshakes, photos and trophy buckle presentation, Durham said he plans to continue riding bulls, and will see where the sport takes him.

“I thought this was an awesome event, really well organized with a great crowd,” he said. “The bull I rode was Rampage, from 3G Bucking Bulls out of Elfrida, and they always have great bulls. I plan to come back to Tombstone for more bull riding competitions.”

California resident Mike Dunlap has been coming to Tombstone with his family.

“This was a great event with quality riders and really athletic bulls,” he said. “I think it brings something different to Tombstone and is a great event to watch.”

The Jundts are hosting a Sunday family fun day at the Shoot Out Arena, located at 365 S. St., from noon until 4 p.m. with stick horse barrel racing, dummy roping, a petting zoo, souvenirs and vending treats.

The Leyva Rides Car Club from Tucson, along with the Classic Chevy Club and C-10 Club, held a car show on Fifth Street.

“The car show did great — everybody is really glad that we’re here, the crowd is asking a lot of questions about our cars, and members of our group are enjoying the different restaurants in town,” said Hector Lopez, president of Leyva Rides and the show’s organizer. “The show has been such a success that we’re planning two a year in Tombstone. Our club members are having a good time and want to keep coming back.”

Robert Rivera, a member of the C-10 Club who showed a 1982 GMC Sierra, echoed Lopez’s comments.

“We had a lot of people through here, and they really liked the cars,” he said. “We had a good day in Tombstone, and I think all of us want to come back.”

“We cruised out here from Tucson together, and it was a nice drive, we had a great lunch at Big Nose Kate’s Restaurant and just an all-around good day in Tombstone,” he said.

Along with the classic vehicles from Tombstone, Wild Night Paranormal was invited to showcase a 1999 Cadillac Eureka model hearse, owned by Tombstone resident Kevin Wilde, founder of Night Paranormal.

“I love this car show,” he said. “It’s drawing a good crowd and people are really enjoying the classic cars on display here. I’m glad to hear that these clubs want to keep doing this”