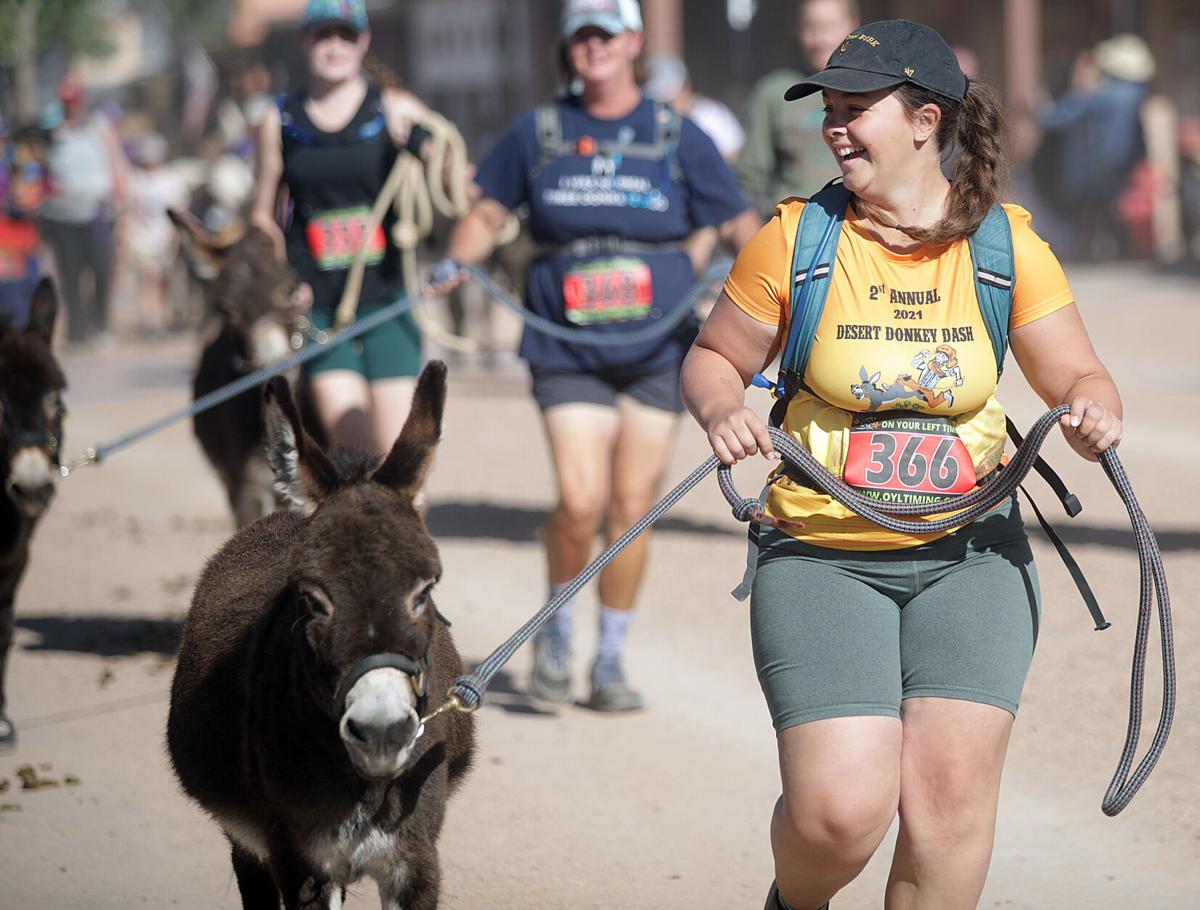 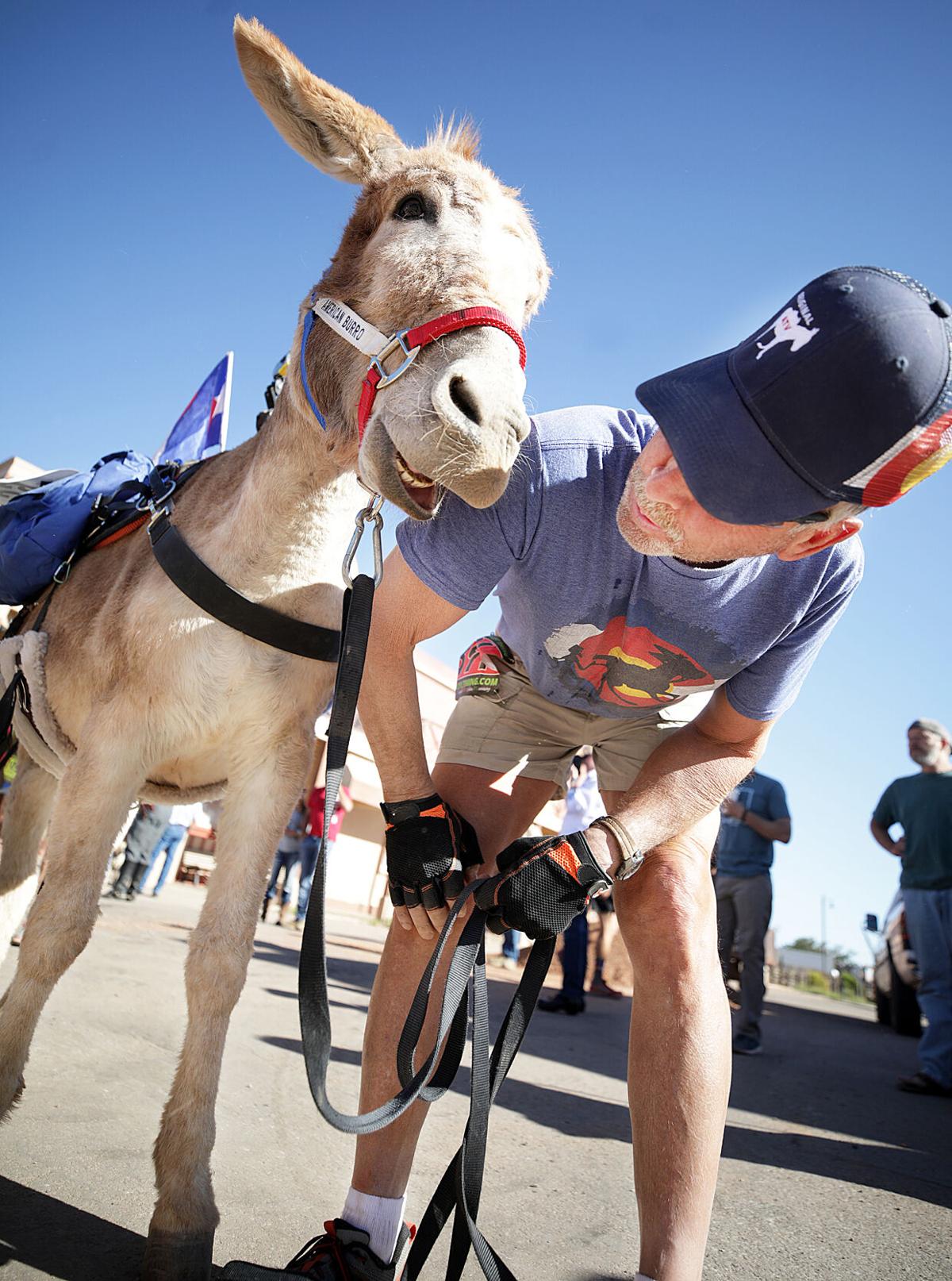 Dave Edwards has a pep talk with Taz before the Colorado team participates in the Schieffelin Days burro race. 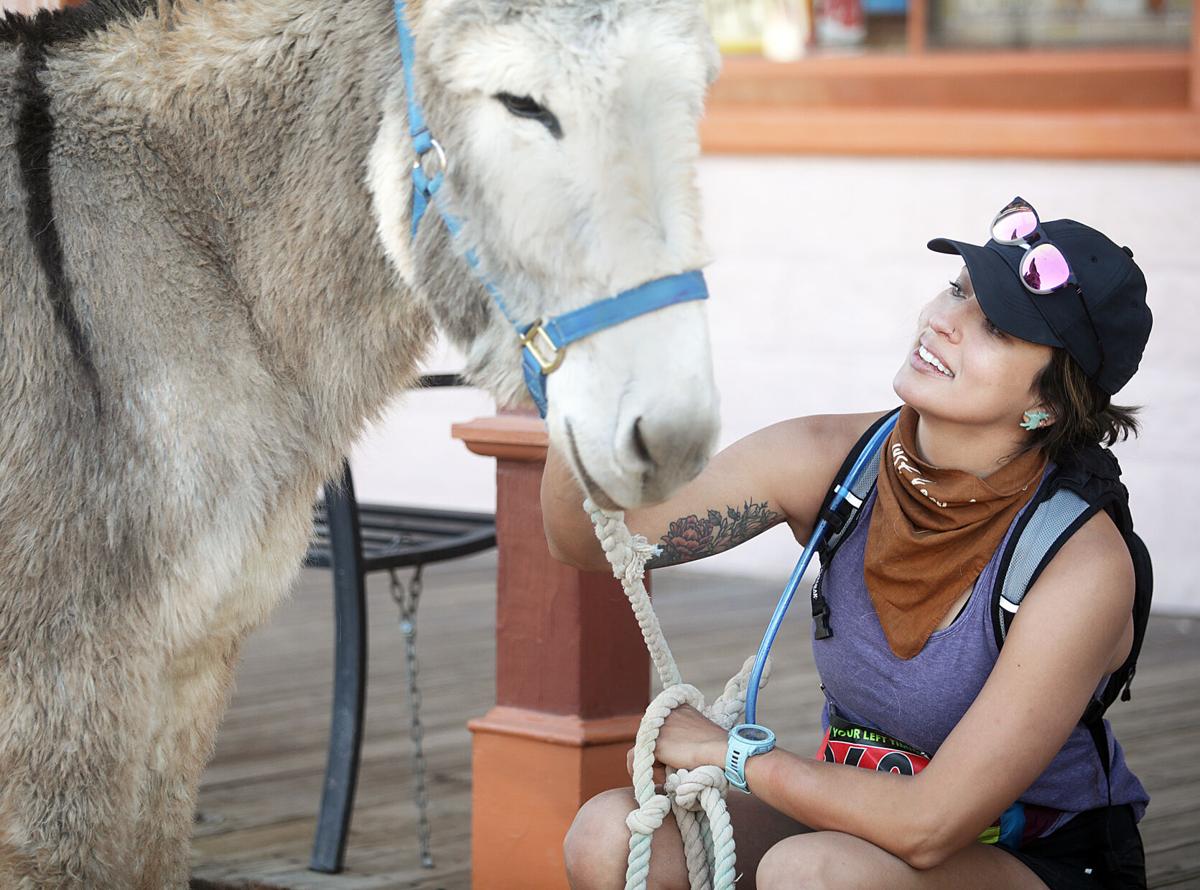 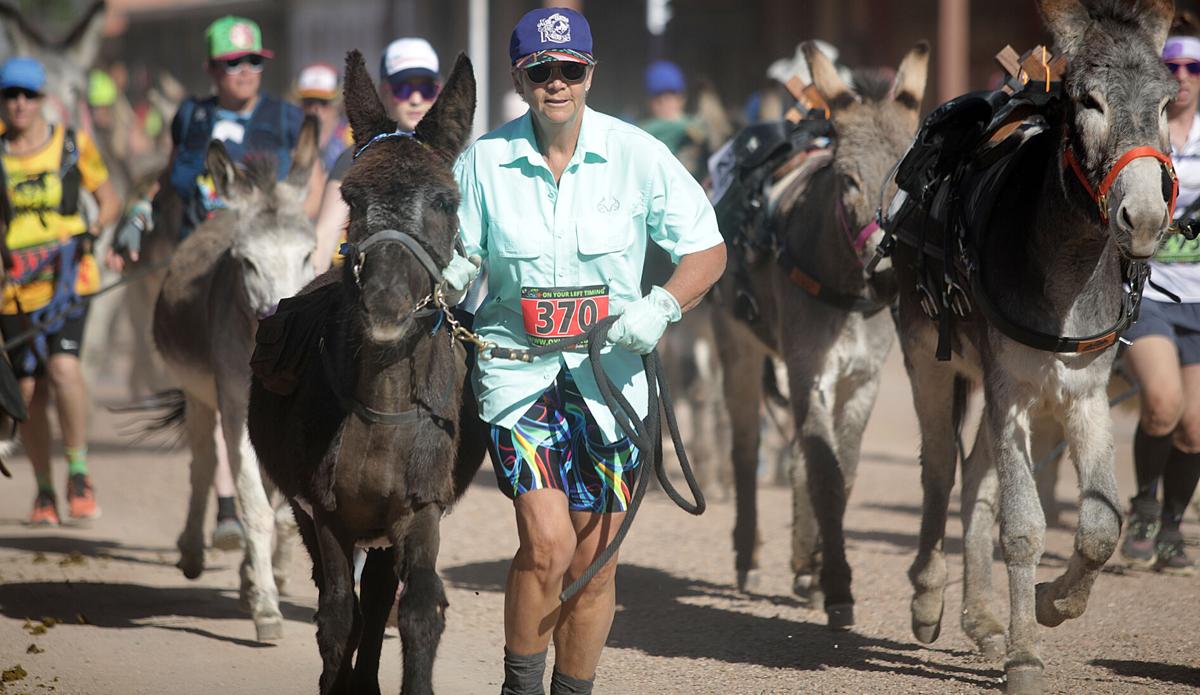 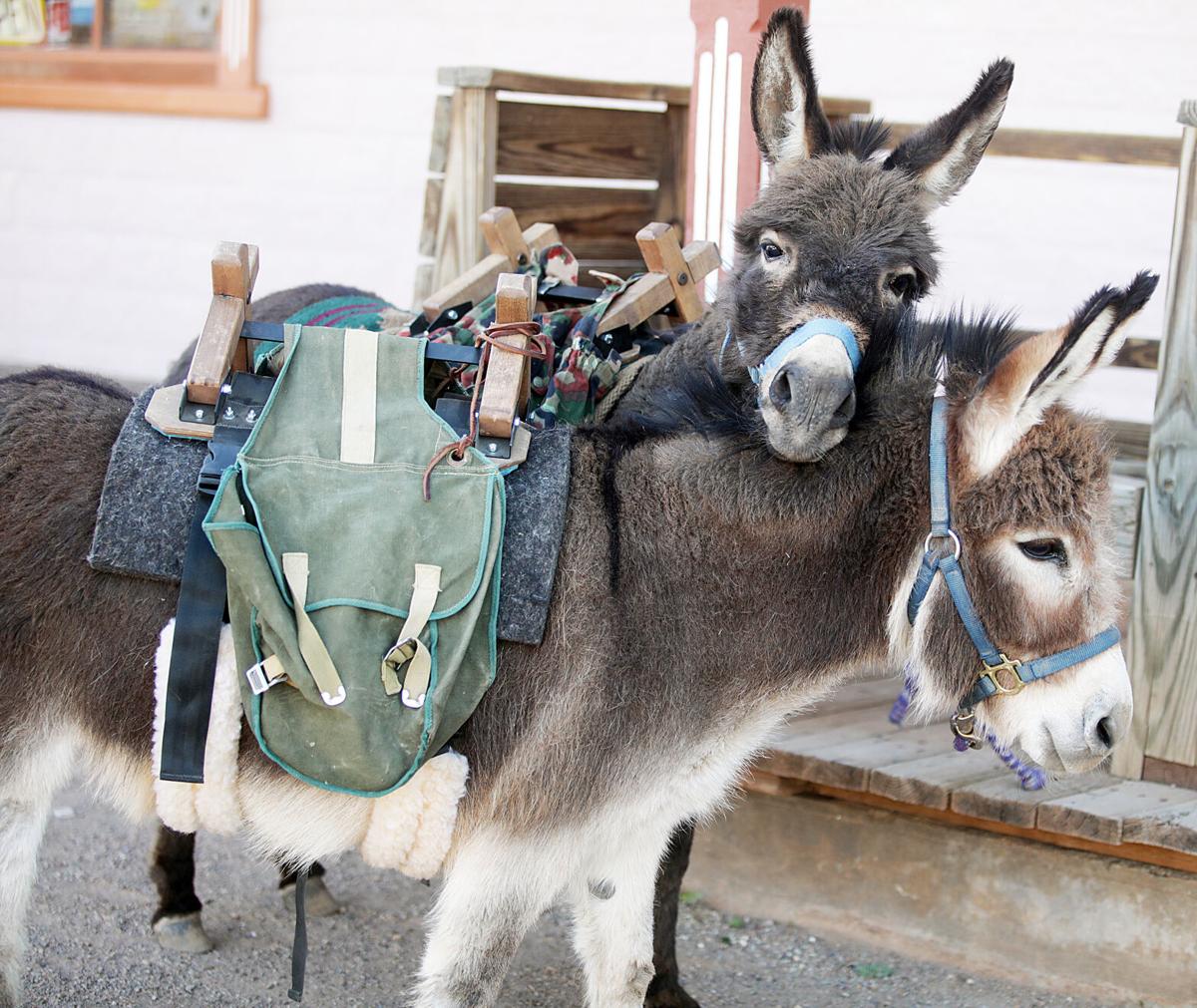 A couple of cute creatures snuggle yesterday on the streets of Tombstone. 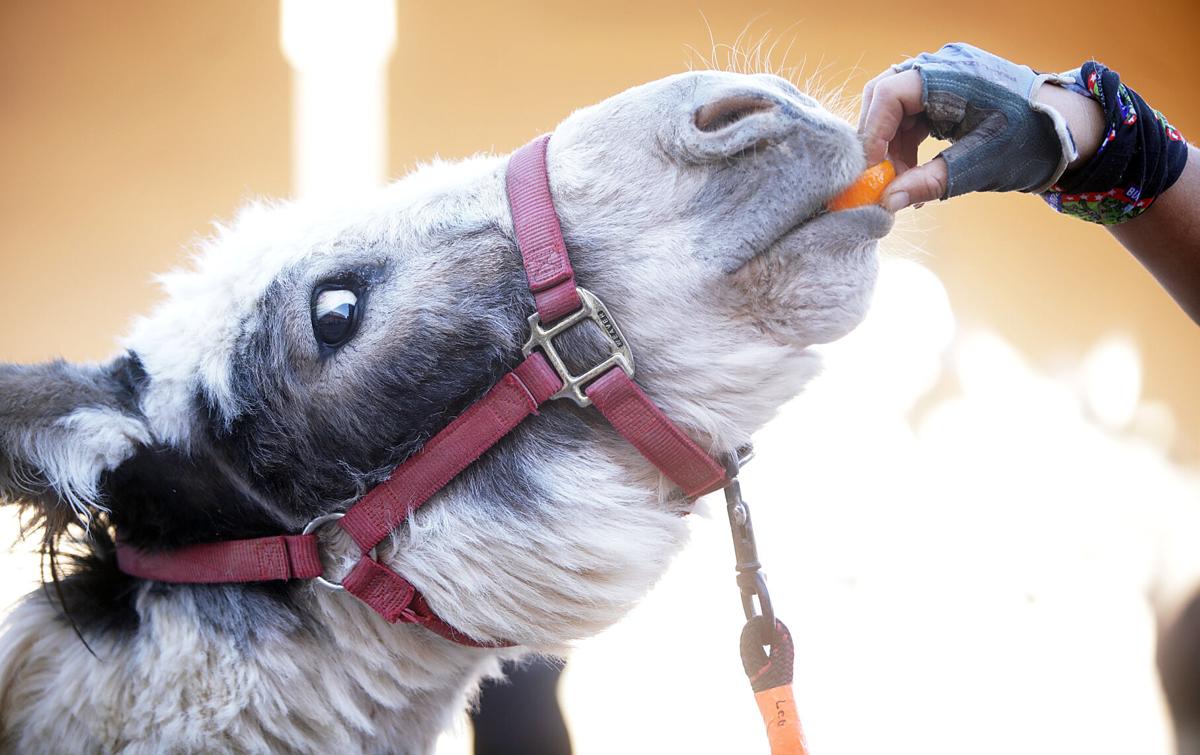 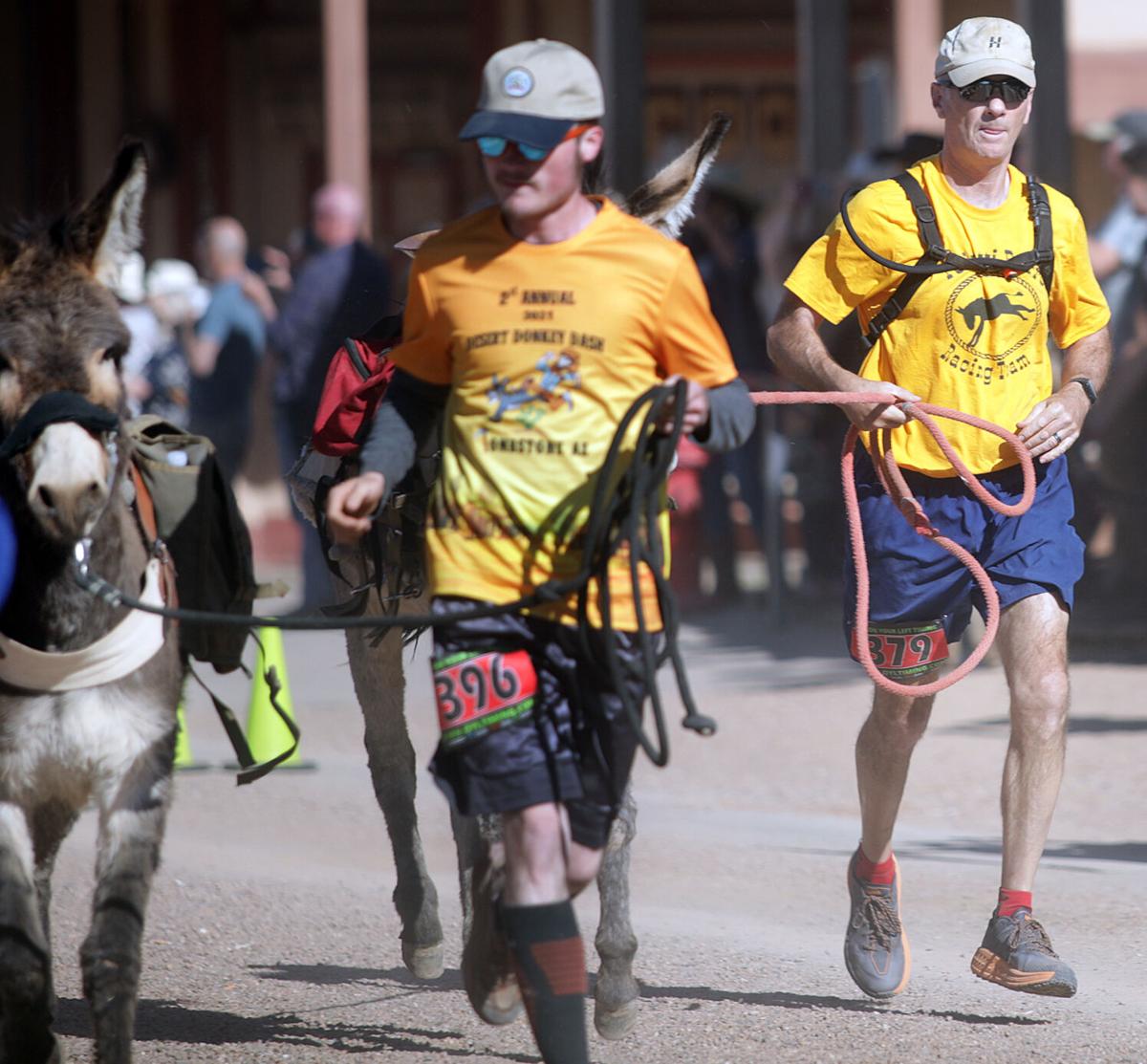 Dave Edwards has a pep talk with Taz before the Colorado team participates in the Schieffelin Days burro race.

A couple of cute creatures snuggle yesterday on the streets of Tombstone.

A crowd starts lining historic Allen Street around 7:30 Saturday morning while race teams make their way to the starting line for a race that starts at 8:30. The quiet morning is peppered with the jarring brays of donkeys, replacing the traditional gunshots and boisterous street re-enactments that draw tourists to Tombstone for its Old West setting.

On this cool April morning, about 85 human/donkey teams are preparing for the town’s second Desert Donkey Dash, a pack burro race competition introduced to Tombstone by Robert Davenport, a burro race enthusiast.

“Pack burro racing is a fast-growing sport with origins that trace back to Colorado’s early mining towns,” said Davenport, who refers to himself as the event’s “head ass.”

“Burro racing got its start in 1949 as a source of revenue when Colorado’s mining towns were dying off.

“The races have grown in popularity, and in 2012 burro racing was designated as Colorado’s Summer Heritage Sport.”

Tombstone’s competition offers three, six and 13-mile distances. The 13-miler is a Western Pack Burro ASS-ociation sanctioned race, while the other two distances are geared more for beginners or for those who prefer shorter courses, Davenport said.

“The number of competitors in each race is spread fairly evenly,” he added.

The burro races serve as an anchor attraction for Tombstone’s Schieffelin Days celebration, which runs through Sunday. While the donkey races kicked off Schieffelin Days festivities Saturday morning, the two-day event features a lineup of family-friendly activities throughout the weekend.

“Racers from across the country — from California to Wisconsin — signed up for this event,” Davenport said.

Roger Pedretti of La Crosse, Wisconsin, drove 2,200 miles to race in Tombstone and was recognized as the competitor who drove the longest distance. While Saturday’s competition marked his first Tombstone competition, Pedretti has been a pack burro racer for 17 seasons.

“I finished sixth in the 13-mile race, and was really pleased with that, especially since I was running with a donkey that wasn’t mine,” he said. “I leased Cooper for this race and we met for the first time after I arrived in Tombstone. We did really well together.”

Pedretti, who competes in several Colorado races every year, said he has run the challenging 29-mile Fairplay race, with its altitude of over 13,000 feet.

“I take my own donkey, Samaritan, to that race,” he said. When asked what he thought of Tombstone’s course, Pedretti said, “Robert (Davenport) has done a super job of putting on this event. It was a challenging course, very well set up and very organized. I plan to come back next year and race in Tombstone again.”

“This is my fifth competition since I started burro racing, and my first time in Tombstone,” she said prior to the start. Drane was partnered with her donkey, Sir Charleston.

Pack burro racing commemorates the West’s mining days, when prospectors used donkeys to carry equipment while trekking through rough country in search of claims. The sport requires burros to be equipped with a regulation packsaddle, pick, shovel and gold pan. With the exception of the mini-burros, measuring 40 inches or less, the combined weight of the saddle and mining paraphernalia must be a minimum of 33 pounds. Donkeys wear a halter attached to a lead line no longer than 15 feet, which handlers use to navigate their four-legged teammate.

“We did the Black Canyon 5-K (three mile) race in 30 minutes, and I was really pleased with our time,” she said. “We competed in Tombstone’s first Donkey Dash last year and had a great time, and we were excited about returning again this year.”

“We had a fantastic event this year,” he said. “A lot of runners have already told me they’re definitely coming back next year. We had several very experienced competitors who said the 13-mile course was just as challenging as some of Colorado’s races, and they really liked the course.”

Davenport plans to continue holding the burro races the third weekend in April as part of Tombstone’s Schieffelin Days celebration.

“Because of the burro’s long history with mining and prospecting, only mining towns can hold pack burro races,” Davenport said. “It’s a tribute to the town’s founder, Ed Schieffelin, and the mining boom that created Tombstone.”