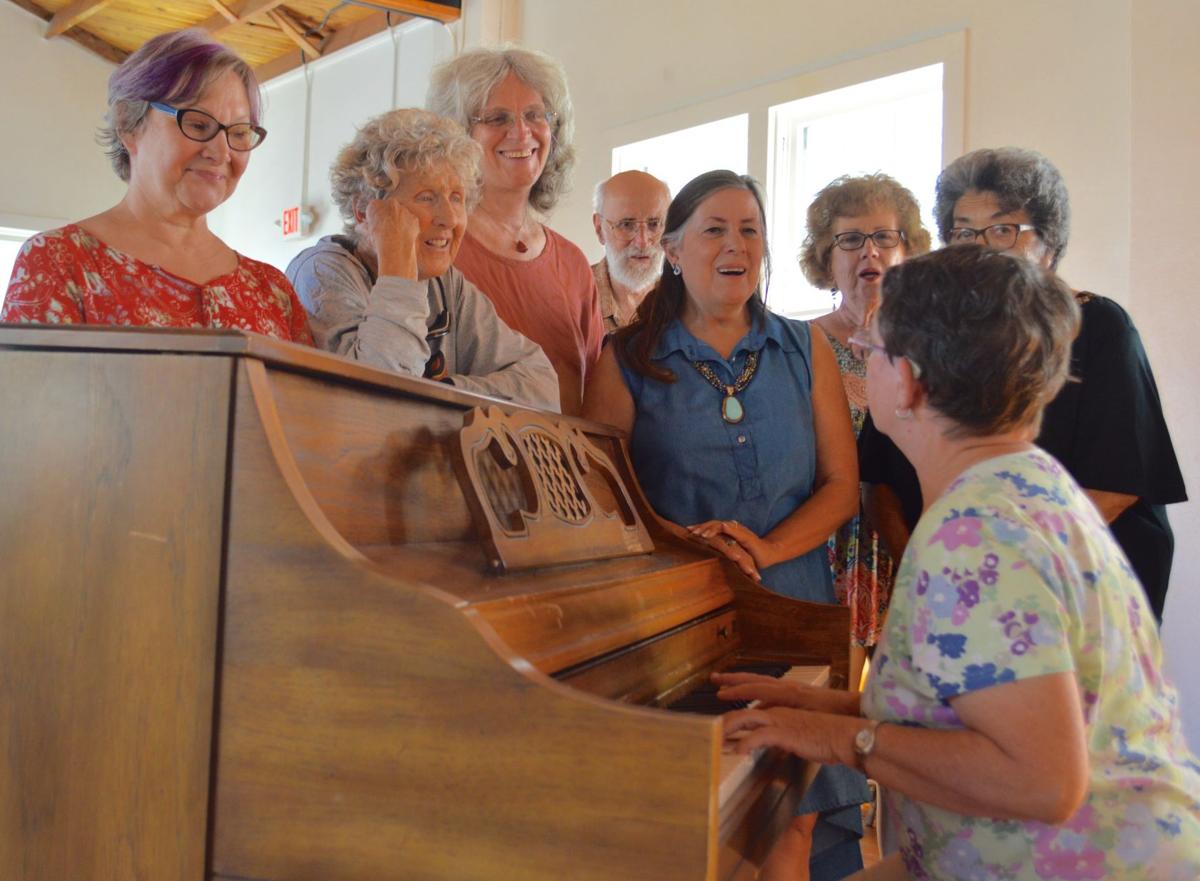 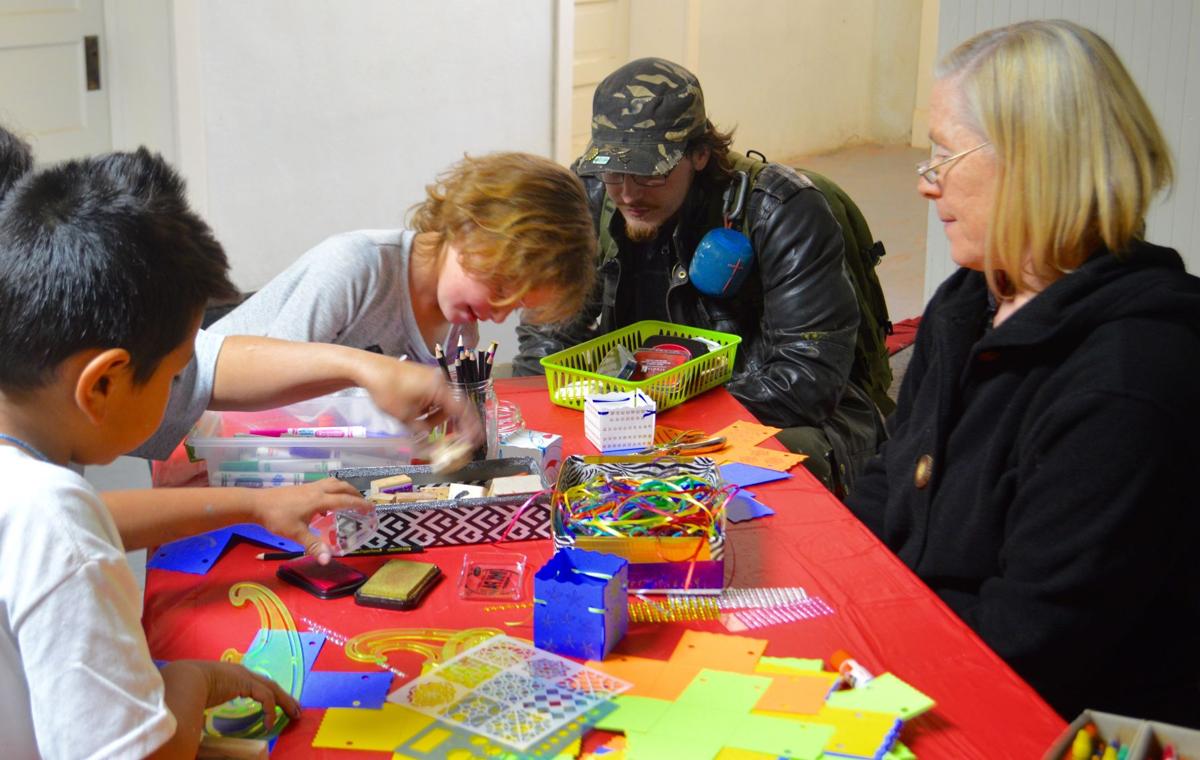 Abigail Stage leads young artists in a gift-box making activity at the Central School Project in March. Grant funds from the Arizona Commission for the Arts will support many programs and shows scheduled throughout the year.

Abigail Stage leads young artists in a gift-box making activity at the Central School Project in March. Grant funds from the Arizona Commission for the Arts will support many programs and shows scheduled throughout the year.

BISBEE — Thanks to the Arizona Commission on the Arts (ACA), two Bisbee non–profits were awarded $5,000 each in the recent round of grant awards.

The Bisbee Community Chorus (BCC) received grants from ACA before, but not in this amount.

The funds also come at an opportune time as the BCC, now in its 31st year of operations, is trying to get younger people, local students and more members from Bisbee and nearby communities such as Double Adobe, Elfrida, Palominas and Hereford to join the chorus, Austin continued. And, there is the rising costs of music and insurance.

“Right now, we have three Bisbee students who come and sing with their grandparents, but we want to get more students involved,” she said. “We’d like to have five more so we can form an ensemble.”

Austin is talking with Bisbee Unified School District superintendent Tom Woody to see what help the BCC members might provide in keeping music part of the curriculum. They plan to form a committee to help provide music time for the fifth and sixth students at Greenway Elementary School.

“Music is vital to a rounded education. We understand the problems with limited funds the schools face,” noted Austin. “We want to do our part to keep music in the schools.”

Rehearsals will begin on Aug. 31.

Central School Project (CSP) was also a recipient of a $5,000 grant, and director Laurie McKenna is thrilled with the award of funds which will be used in support of the many programs and shows scheduled throughout the year.

These popular programs include the children’s MAKE and Plein Air Festivals, ReMake Exhibition, plays, movies and the showcase of interesting local, state and national artists. The outdoor movie coming up is a documentary on Jimi Hendrix, “Electric Church,” on Saturday, Aug. 24. The popular Altered Books show, a fundraiser for the Friends of the Copper Queen Library, will again be held there on Saturday, Aug. 31.

Currently, CSP is featuring artist Don Carlos, from Duncan, who turns trash and castoffs into unique slices of life. The show closes on Friday, July 26, with a party, McKenna said.

The ACA, whose members are appointed by Gov. Doug Ducey, awarded 260 grants worth over $2.63 million to organizations and programs throughout the state at their quarterly meeting on June 27. This action represents the allocation of 75 percent of the ACA’s annual grants budget, with several other grant programs running throughout the year, noted Steve Wilcox, ACA communications director.

“Review panels are composed of diverse community leaders, experts, educators and arts practitioners from rural, urban and suburban areas throughout Arizona. Panels are assembled to reflect diversity of race, geography, gender, age and expertise. This year, 30 percent of panelists engaged in the process hailed from rural Arizona communities,” Wilcox said.

He explained the process for award selections which are based on such criteria as community impact, quality of programming and fiscal responsibility.

According to Kristen Pierce Kent, ACA organizational grants and services manager, “This growth reflects a thriving, expanding statewide arts sector, as well as ACA efforts to simplify the grant process for smaller, volunteer-run organizations and make the process more accessible to organizations operating in rural and remote communities.”

For more information on the grant awards, visit the website at: https://azarts.gov/grant-news/fiscal-year-2020-grantees/.

For more information on the ACA, visit: www.azarts.gov.

Mission--Keep the joy of music learning and performance alive in Cochise County for this and future generations. Rehearsals are held every Thursday from 6 p.m. to 8:30 p.m. at St. John's Episcopal Church, 19 Sowles Avenue, in Old Bisbee.

Mission -- Central School Project is a non-profit arts and cultural center with the three-fold mission of providing affordable creative space to working artists, preserving and adapting the historic Central School building as a cultural center, and fostering appreciation of the arts in the Bisbee community.