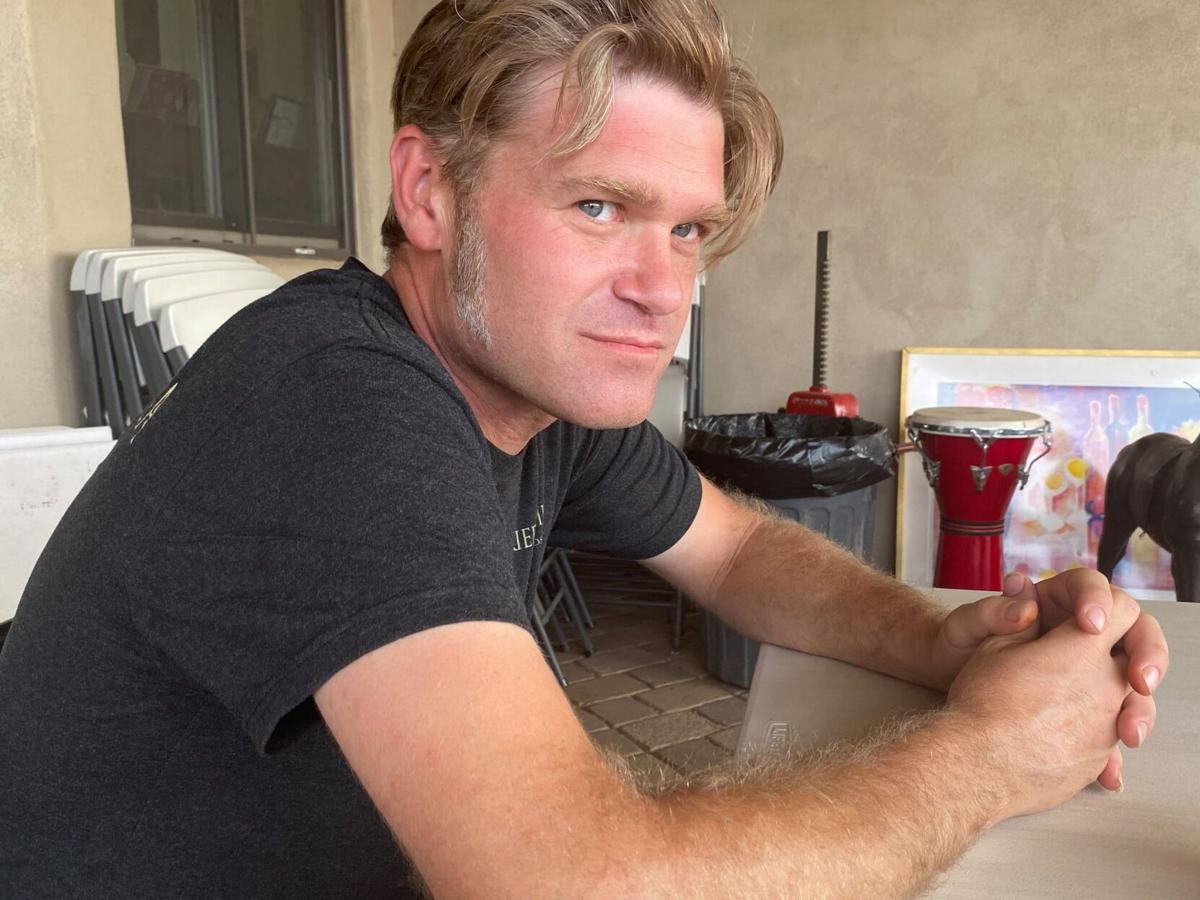 Kief Manning, winemaker for Barrelhead Farms, is deep in thought after removing one of his favorite ball caps. 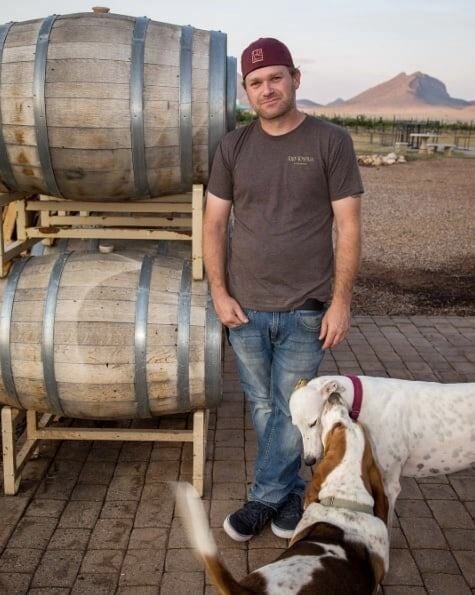 Kief Manning, winemaker for Barrelhead Farms Winery, poses with a couple of dogs. 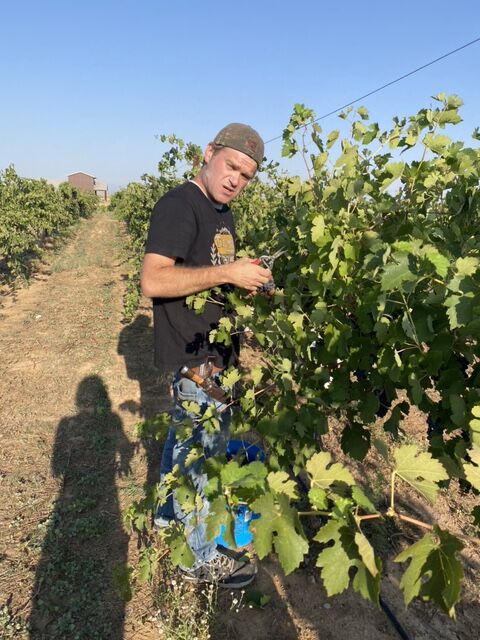 Kief Manning picks some red grapes in the vineyard at Barrelhead Farms Winery. 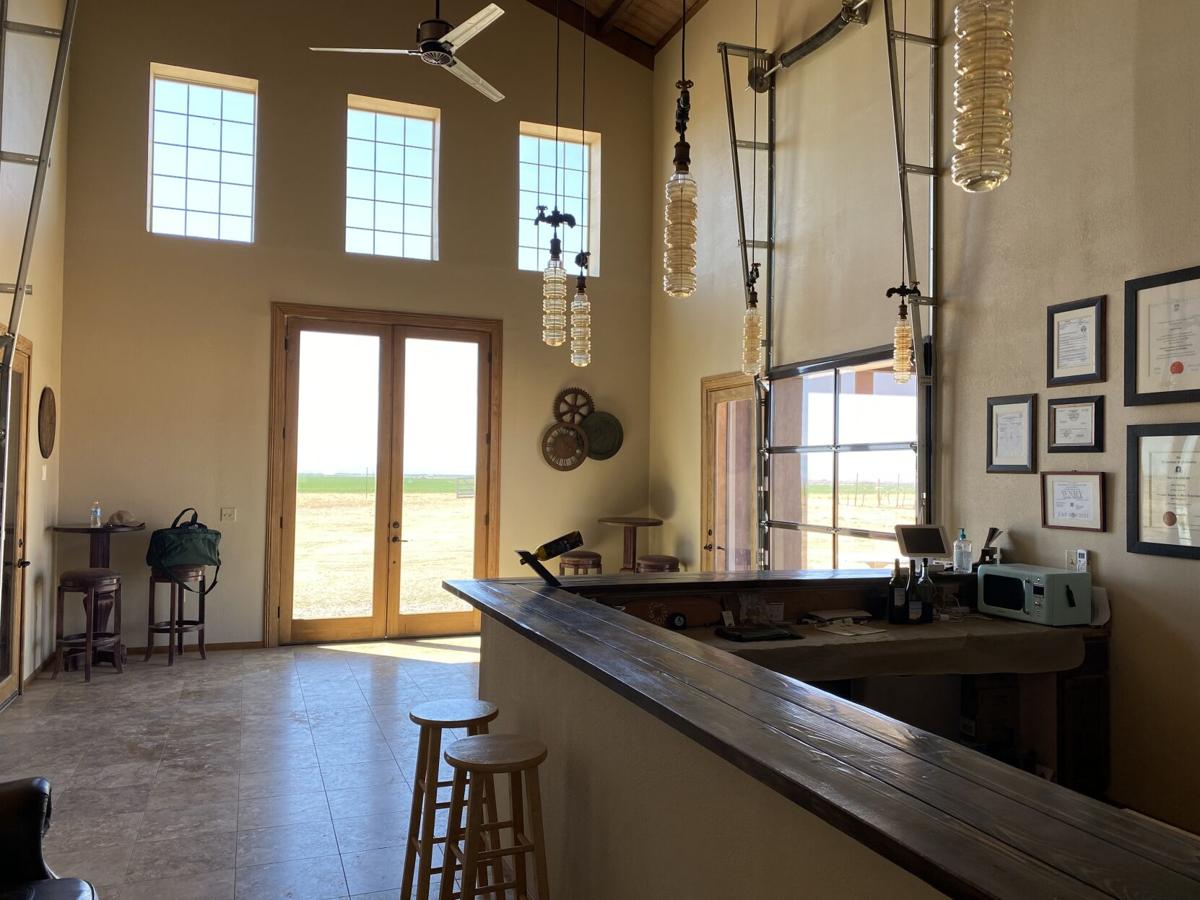 Inside the tasting room at Barrelhead Farms Winery located in the Kansas Settlement area of Willcox. 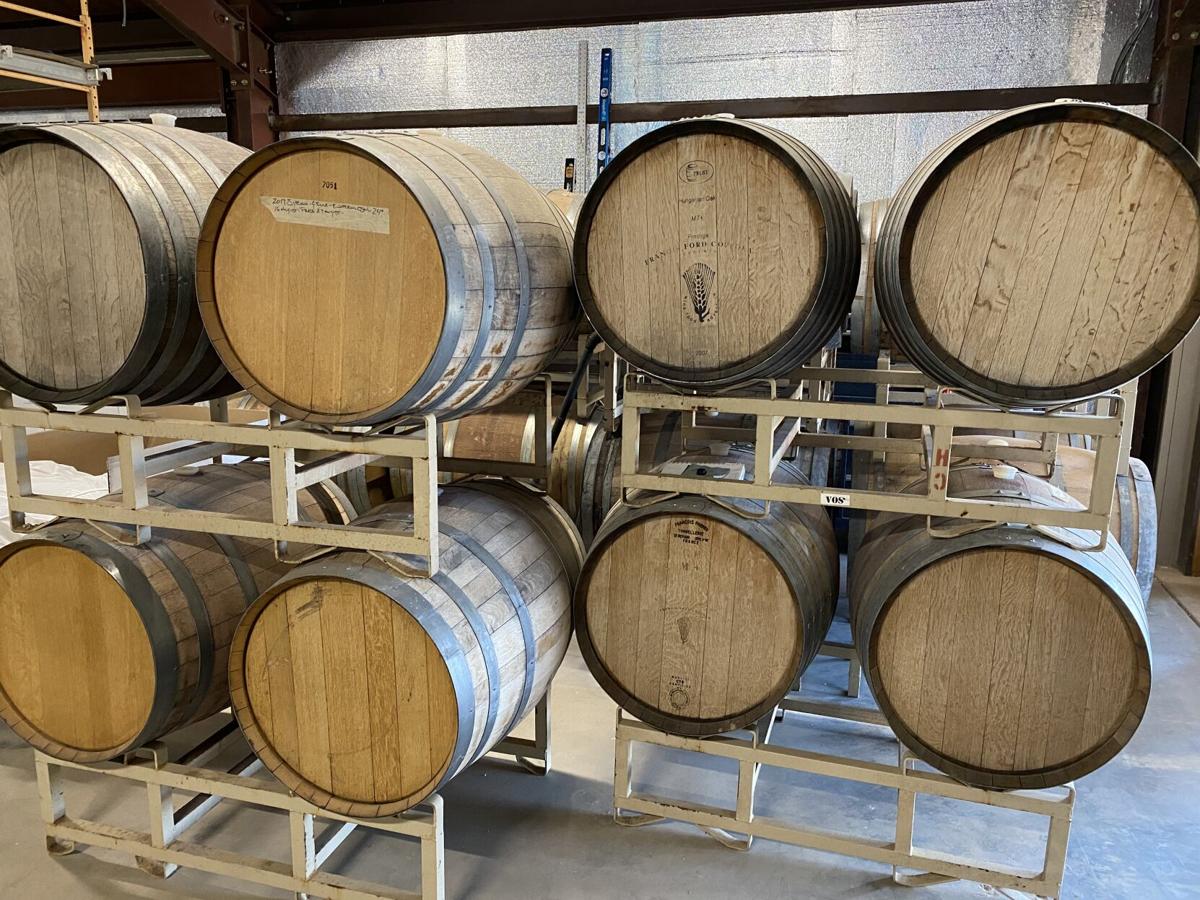 Red wine barrels on a rack at Barrelhead Farms Winery. 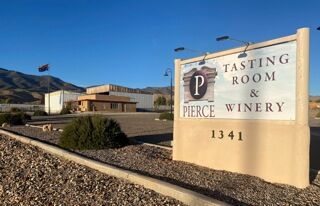 The front entrance sign at Bodega Pierce Winery in Willcox.

Kief Manning, winemaker for Barrelhead Farms, is deep in thought after removing one of his favorite ball caps.

Kief Manning, winemaker for Barrelhead Farms Winery, poses with a couple of dogs.

Kief Manning picks some red grapes in the vineyard at Barrelhead Farms Winery.

Inside the tasting room at Barrelhead Farms Winery located in the Kansas Settlement area of Willcox.

Red wine barrels on a rack at Barrelhead Farms Winery.

The front entrance sign at Bodega Pierce Winery in Willcox.

WILLCOX— While the COVID-19 pandemic has been challenging for local business owners throughout southeastern Arizona, for two local wine businesses in Willcox wine country, Barrelhead Farms Winery and Bodega Pierce, are finding other ways to market their product while thriving in what they do best has driven them forward.

“We actually laid very low during the pandemic and drastically cut our hours of operation,” said Charlene Manning, marketing director for Barrelhead Farms Winer. “It was important for us to keep our customers safe. Since Kief (Charlene’s son) has had a lung resection, we also felt he would be very vulnerable to the virus. We maintained sales through direct delivery to customers and wholesale.”

Barrelhead Farms Winery formed in the wake of the Manning’s original vineyard, “Kief-Joshua Vineyards,” that Kief’s father opened in 2007. The land was sold last fall to Twisted Union Vineyards.

In 2015, a series of unfortunate “events changed everything.”

“Some call the events tragedies; others divine. We call it fate,” Charlene said. “Just days before the harvest in 2015, life took an unexpected turn. Winemaker Kief Manning was severely hurt when a 600-pound barrel, full of wine, fell from the third rack, landing on his head.

The barrel accident should have left him paralyzed or took his life but it didn’t. Doctors put Kief in a neck brace with instructions not to drive, bend or lift for the three months.

During his recovery from this near fatal accident, Kief was thankful to receive help from his neighbors in order to have that year’s harvest.

Within weeks after the ‘do not drive’ order, on his final drive to neurosurgeon, a passenger van crossed the center lane and hit his truck head-on. This accident actually saved his life. A CT scan revealed a 3-inch cancerous tumor on his right lung. Kief underwent surgery to remove 40 percent of his lung and is now cancer free.

The tragedies brought the Manning family to Barrelhead Farms Winery, which is named for the barrel that fell on Kief’s head.

Charlene spoke to the challenges that Barrelhead Farms had to meet when they initially opened, challenges they hadn’t foreseen when Kief-Johnson was still under the Manning family’s ownership.

“Since we have already started a vineyard from scratch before, we knew the challenges,” she said. “First and foremost, at Barrelhead Farms Winery, we knew that our property could produce excellent fruit, so our main focus was planting and caring for the wine grapes. We also learned that owning a winery seems like ‘living the dream’ but in reality it is very hard work. There is the retail side, the farming side and the manufacturing side.

“Our hope was to create processes that were simplified and productive. We also hoped to foster relations in the Willcox area and with our former customers.”

Barrelhead Farms will be requiring masks at their tasting room and vineyard, but they are also excited for their customers to witness what makes the bud break so special for them as well as educational for wine tasters of all ages.

“Bud break is such an exciting time in the vineyard,” Manning said. “Suddenly your babies are waking up after a long winter’s nap. It requires checking irrigation, testing plants for nutrients and generally getting back out to the field to care for the plants. A bud break event is a very good educational program for wine tasters.”

Bodega Pierce, on the other hand, doesn’t feel like they need to do anything differently to draw in new customers as they are already satisfied with the regular tasters they have, but they are also open to folks with tickets to the Bud Break Promotion this weekend.

“It is somewhat of an entree to new people and we still have to figure out if it is the right kind of people for our wine.”

“Getting people out is not the only story. Getting the right people out,” said Dan Pierce of Bodega Pierce Winery.

“We want to participate, but we are going to participate by having a designated area for the game people to come to and the regular tasters who come in and taste in 45 minutes to an hour, will be in a separate area,” he said.

“We will continue even though the governor has said that there is no state mandate for masking. It is up to individual owners if they want to mandate mask or not and we are mandating mask.”

While some individuals have had problems with following masking rules in the past, Pierce continued on why masking is such an important rule for them.

“I don’t think it is corporately responsible to not mandate for the health of myself and our workers and the people that come taste with us. It’s also to us if we want to mandate or not,” Pierce said.

Pierce’s son was “honored with to be one of the top 40 under 40 winemakers by Wine Enthusiast magazine. The first time anyone in Arizona has been so designated.”

Bodega Pierce has been recognized by Wine Business Monthly “as one of top 10 hot brands in the United States.”

“It doesn’t mean we’re doing everything right. It means what we’re doing is being noticed by national publications,” Pierce added.

COST: Bud break Electronic Scratcher game cost $35, but with the previous purchase of a Passport to Willcox Wine Country the price is reduced to $25.

COST: 10-$1 gift certificates to be used at the wineries who are taking part in the promotion. Additionally there will be opportunities to search the vineyards for bud breaks and talk with owners. Trivia games will be going on at each winery stop along the promotional event and the winner of the most trivia question answers will receive a prize to be announced at a future date and time.