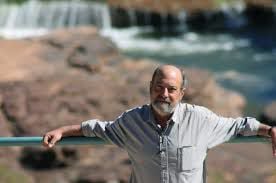 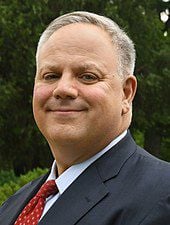 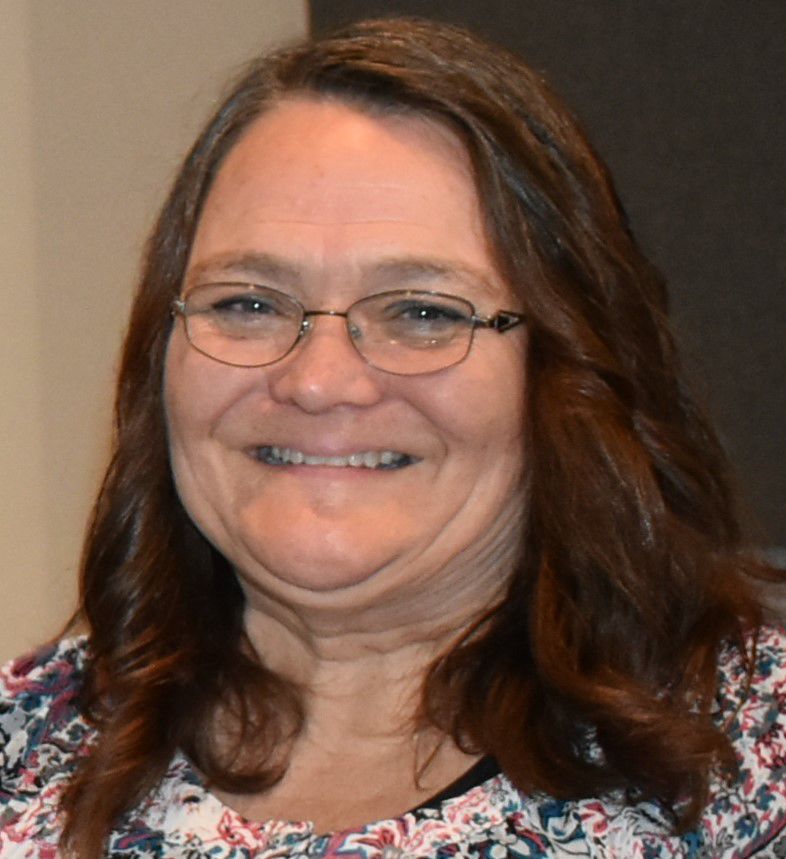 SIERRA VISTA — The backlash to change a U.S. Fish and Wildlife Service (FWS) opinion on the need for an environmental assessment to be completed before moving forward on a massive Benson development has been resounding across the nation.

Major newspapers and national media outlets carried stories on suspected backdoor politicking and many have posed questions on the reversal of a 2017 FWS report which stated the 28,000 unit Villages at Vigneto development will not harm the health of the San Pedro River, the aquifer or impact threatened and protected species.

Even the Union of Concerned Sciences made a statement: “When narrow and less robust methodologies are used to determine the survival of entire species — methodologies that were only employed for political reasons —it means our federal agencies are abdicating their responsibility to use the best available science for the purposing of protecting some of the most jeopardized species on the planet.”

The problem was brought to light by the now–retired FWS manager Steve Spangle, who spent 29 years with FWS. In an interview, he explained an unusual request was made by an attorney at the Solicitor’s Office for the Department of the Interior (DOI). He was asked to change his original report which stated the development would have an adverse impact on the river, aquifer and threaten and endanger species.

In 2016, Spangle wrote: “Based on the information provided, and a site visit with you, your staff and representatives from WestLand Resources, Inc., we do not concur with your determination that the proposed action may affect, but not likely to affect, these species and their respective proposed critical habitat.”

Spangle continued, “It is likely that an appreciable volume of groundwater will be withdrawn to serve the development. Such a displacement of groundwater from the aquifer is likely to reduce flow in the San Pedro River, in reaches designated as critical habitat of the southwestern willow flycatcher, the yellow-billed cuckoo and the northern Mexican gartersnake.”

Spangle told the Herald/Review, “How could a development of that size not have an impact. I was told our position was not the position of the administration and I needed to do a retraction. I got rolled. I felt like my authority had been usurped. How is it not going to affect the San Pedro?”

He, too, is confused as to why the developers applied for a 404 Clean Water Act permit if they did not need one.

For over a decade, El Dorado Holdings, Inc., owner of Villages at Vigneto, has sought approval of the permit from the Army Corps of Engineers (COE) for the 12,167-acre development which includes disturbance of lands and the elimination of washes. Yet, the firm says it can build what it wants without the permit, according to documentation.

Spangle added, “It makes no sense. If you’re applying for a permit, you need it.”

Spangle did change his recommendation as requested, but it did not sit well with him and he came forward a few months ago to bring the questionable actions of his former superiors to light.

“This was the first time I was politically pressured to change a report,” Spangle said. “They are saying the decision is a legal interpretation, not based on science.”

Others want to get to the bottom of it all, like Rep. Raul Grijalva, chairman of the Congressional Committee on Natural Resources, who wrote in a July 3 letter, “Recent reports raise questions about whether a key permit decision at the FWS was inappropriately reversed.“

Mike Ingram, founder and chairman of El Dorado Holdings, Inc., the developer of Villages at Vigneto, met with Secretary of the Interior David Bernhardt., in August 2017, at a hunting lodge in Billings, Montana, according to Grijalva.

Congresswoman Ann Kirkpatrick told the Herald/Review in a statement that she has reservations regarding how the project will impact the area and is troubled by Spangle’s claims of interference.

“I am a huge proponent of economic development and bringing infrastructure projects to our district but we need to be responsible about how do it. Like Congressman Grijalva, I am very concerned about natural resources and the DOI’s back room involvement here,” she said.

“The allegations from a former DOI employee regarding political interference on this project is alarming. Any proposed developments should be based on the evident impacts it would have on our local environment and water.

“The San Pedro River is the Southwest’s last major free-flowing desert river, and we can’t afford to gamble with our water in Cochise County. The benefit to risk ratio on this development is problematic.”

In the meantime, the plaintiffs in a lawsuit against the involved federal agencies and El Dorado are waiting to see what happens next.

The Lower San Pedro Watershed Alliance, the Center for Biological Diversity, Sierra Club, Maricopa Audubon Society, Tucson Audubon Society and Cascabel Conservation Association joined together in a in the suit.

They argue the disruption of a dense network of washes which would be filled to develop the infrastructure encompassing some 475 acres across the property will negatively impact the San Pedro River and the San Pedro Riparian National Conservation Area.

“By allowing El Dorado to proceed with its planned development, thousands of acres of upland habitat would be eliminated or degraded, resulting in an exponentially increased surface runoff and erosion into the San Pedro River,” as well as have a detrimental affect on the St. David Cienega, one of only wetland areas within the SPRNCA, according to the suit filed by the groups.

Sandy Bahr, chapter director of the Grand Canyon District, said, “We are just waiting for the Corps to reissue the permit, which we expect it to do. We would then file an amended complaint.”

In October 2017, the Cochise County Board of Supervisors sent a letter of support and requested the COE reinstate the 20-year Department of Army permit issued in 2006. The county has reviewed development plans and discussed the project with City of Benson officials, El Dorado Benson, L.L.C., and other land owners. The county believes El Dorado’s planned development conforms to all original terms of the permit. El Dorado is committed to, and capable of, mitigating environmental impacts. “Revocation of the permit would cause significant economic harm to the region.”

County Supervisor Peggy Judd, whose district includes Benson, responded to questions and supported El Dorado Holdings which she said “is an established and accomplished developer with funding to complete their high–end development and make a difference in Cochise County.

“We, in rural areas, complain there is not enough money for schools, good enough roads or adequate public safety. Here is a solution: people who will be living in ideal conditions with high property values helping to support sparsely populated areas in the county.”

She pointed out the Benson government welcomed the development and will “bear the responsibility with county support to see that this very well-planned community is following codes and regulations as to not disrupt or damage local communities or the environment in any way.”

Federal requirements have now been met multiple times, added Judd. She called the pending lawsuits a rehashing of “the same old complaints and material evidence” and said, “My observation is these organizations, who are not even from the San Pedro Valley, are already losing credibility and support from a larger number of residents in Cochise County. I am not as visionary as some and predict 28,000 homes is a very hopeful projection. I am excited for the first 5,000 or 10,000 though and choose to reserve my judgements for later.”

The Herald/Review contacted Grijalva’s office and El Dorado’s Ingram, Michael Reinbold and Eric Hollensbee for comments, but got no response.

“Recent reports raise questions about whether a key permit decision at the Fish and Wildlife Service was inappropriately reversed. “

“It is likely that an appreciable volume of groundwater will be withdrawn to serve the development. Such a displacement of groundwater from the aquifer is likely to reduce flow in the San Pedro River, in reaches designated as critical habitat of the southwestern willow flycatcher, the yellow-billed cuckoo and the northern Mexican gartersnake.”

About Villages at Vigneto

The proposed, multi-purpose 12,167-acre development in Benson, is envisioned as a great economic boon for the community and the county as it could bring in an estimated $24 billion over the 20-year build out plan.

It is located on both sides of Hwy. 90, three miles south of I-10, and will be developed by El Dorado Holdings, Inc. It lies adjacent to the Coronado National Forest, Kartchner Caverns and the Whetstone Mountains with the San Pedro River approximately four miles east of the project.

It will include “a mix of 28,000 age-targeted and traditional family homes as well as commercial and recreational development. An influx of as many as 70,000 people over buildout will bring economic prosperity to the area."

Approximately 3,000 acres has been set aside as open space “for amenities including parks, storage lakes and natural watersheds, open space, entertainment venues and a variety of recreational amenities such as golf, lawn bowling, bocce ball, pickle ball, mountain biking, and hiking.” A network of trails, paths and roadways will connect a number of recreation centers to encourage alternative means of transportation, to include walking and cycling.

At buildout, a total of 2.7 trillion gallons a year of water will come from new wells drilled in the northeast portion of Vigneto, an area closest to the San Pedro River. To meet build-out capacity, approximately twelve new wells, plus two backup wells, of an average of 800 gallons per minute (“gpm”) each are proposed and anticipated, but the number is subject to change. Well No. 1 is an existing 1,200 gpm well that will continue to pump into the system as it is currently configured. The remaining wells will be piped to two new water plants.

Benson is approved for a Designation of Adequate Water Supply of 13,474-acre feet of ground water per year and approved by the Arizona Department of Water Resources in 2008. Of this total, 12,000-acre feet of water per year has been allocated to the development. As technological advancements have reduced water consumption and will continue along that path, developers say total demand per household will reduce and as a result, the proven water supplies will not be taxed to the levels as previously anticipated.

COE and FWS stand by decision

COE chief of the regulatory division David Castanon wrote to FWS field supervisor Jeff Humphrey in May and stated the bruhaha raised over these previously shadowed details coming to light caused the COE to again review the potential effects on the offsite mitigation. However, he stated while they “may have” an offsite effect, those effects are “not likely to adversely affect listed species” and “nothing has changed to alter the conclusion.”

Humphrey wrote back to Castanon, “We take the allegations made by Mr. Spangle seriously. For this reason, our reevaluation has occurred at the filed office level only with no regional or Washington, D.C., headquarters review. Mr. Spangle’s allegations do not change our previous determination.”