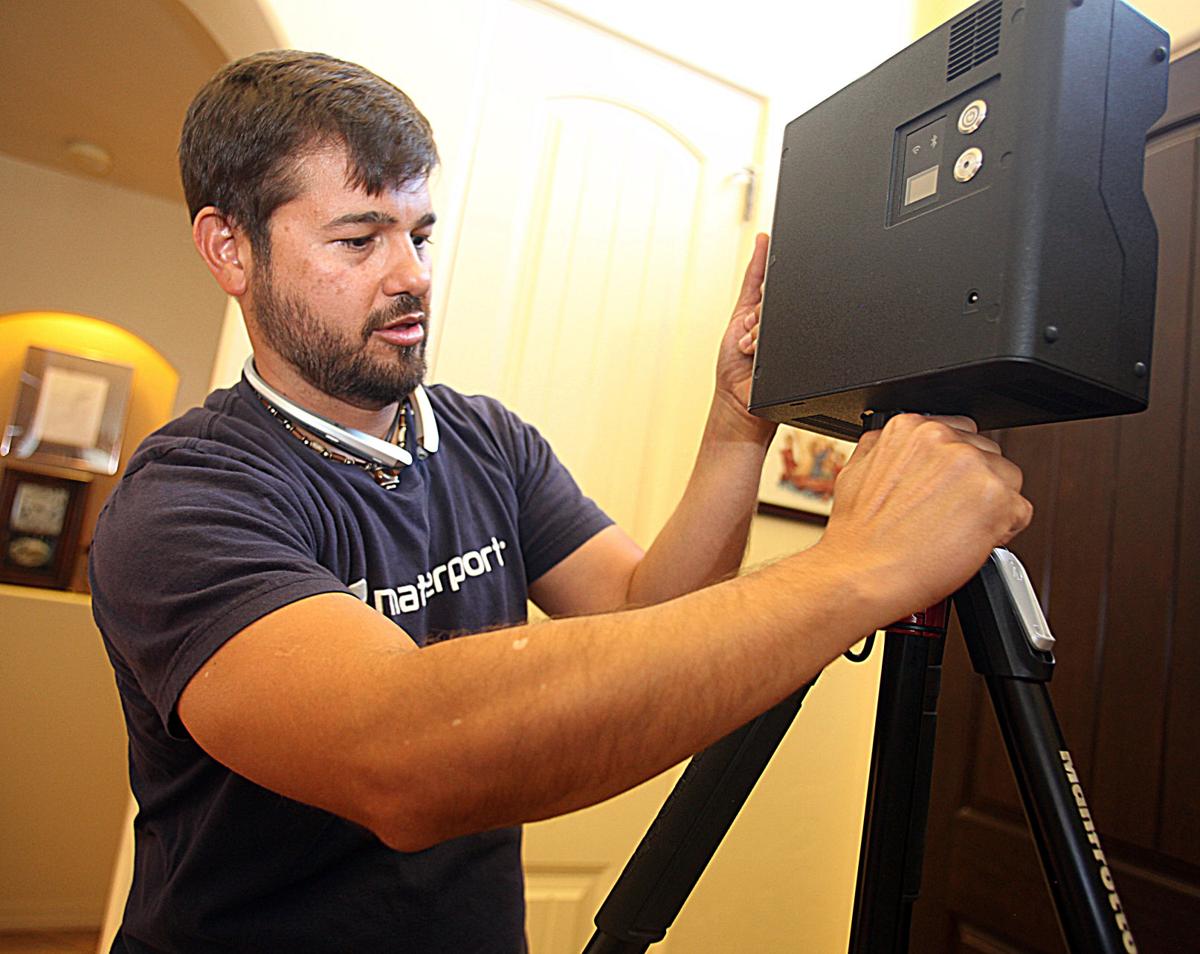 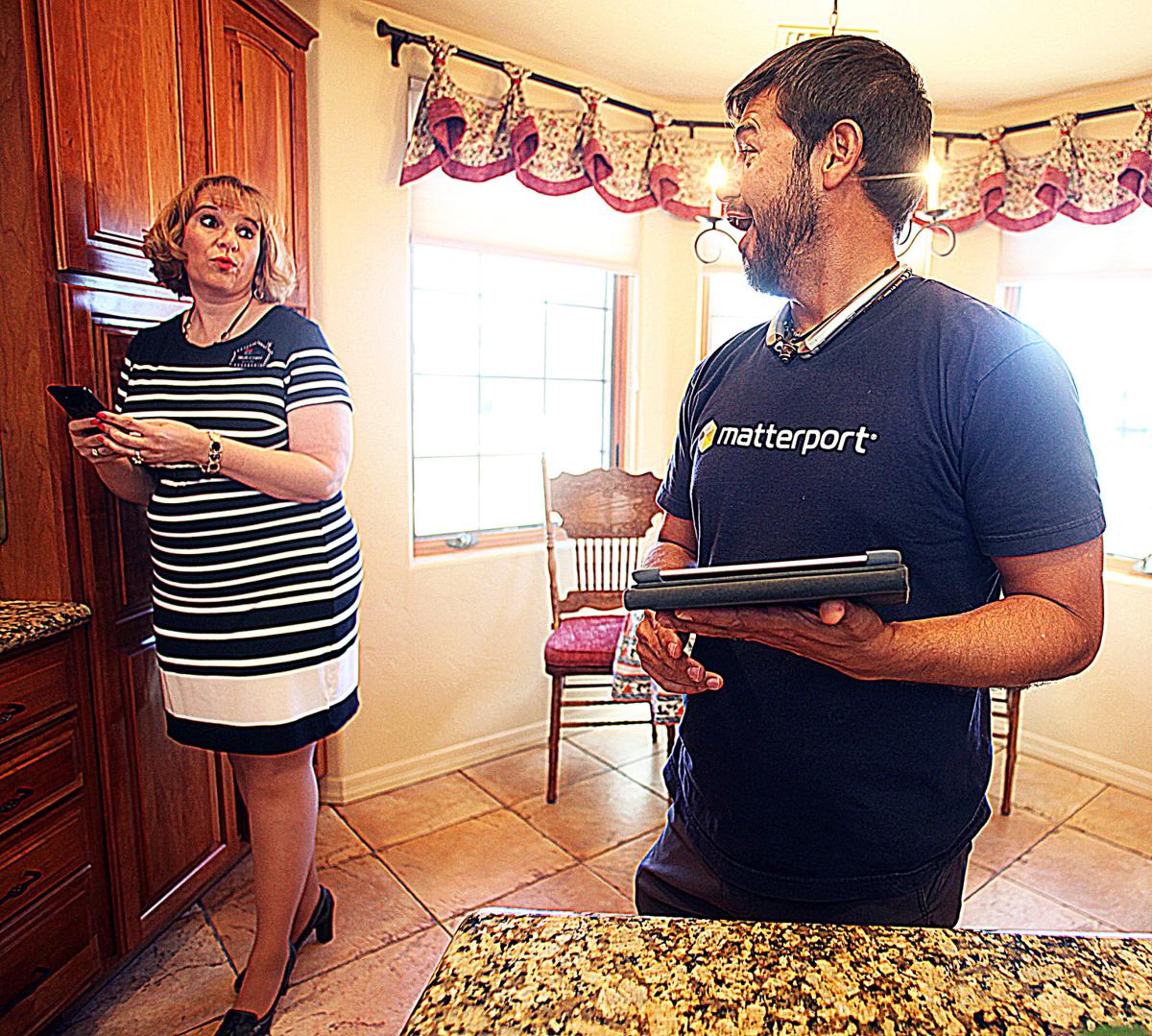 Real estate agent Sheila Cooper chats with home photographer Gabriel Chavez in a Sierra Vista home they are collaborating on to sell. 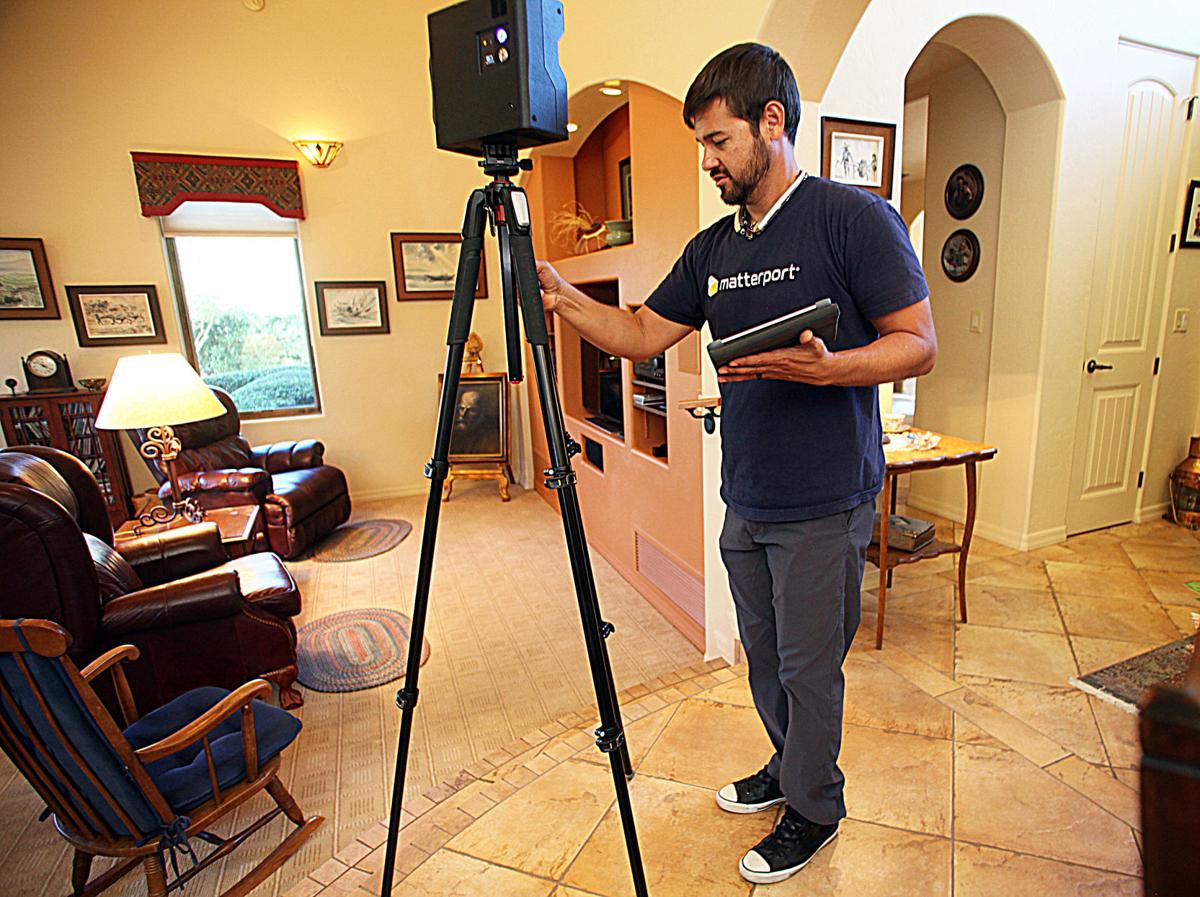 Gabriel Chavez uses a specialized camera that enables him to photograph a home for sale in such a way which allows a potential buyer to tour the home virtually. 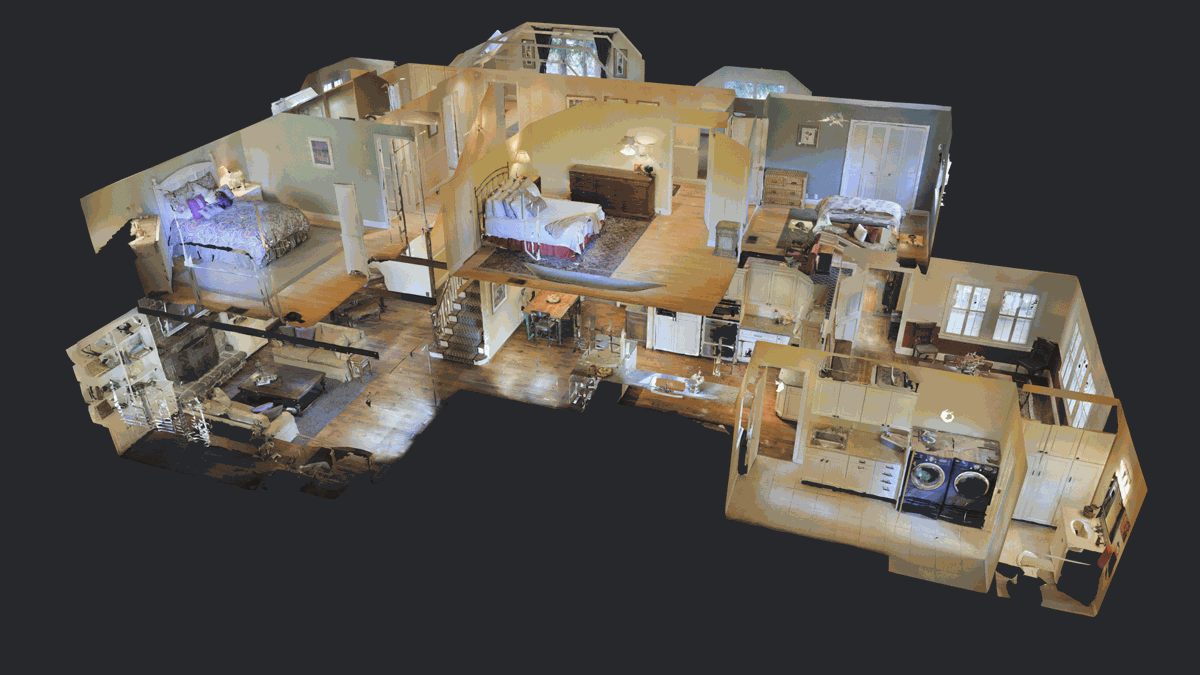 A "dollhouse" view of home created by Gabriel Chavez through virtual reality technology.

Real estate agent Sheila Cooper chats with home photographer Gabriel Chavez in a Sierra Vista home they are collaborating on to sell.

Gabriel Chavez uses a specialized camera that enables him to photograph a home for sale in such a way which allows a potential buyer to tour the home virtually.

A "dollhouse" view of home created by Gabriel Chavez through virtual reality technology.

“This will become an industry standard for all markets” in the next few years, Chavez said of the marketing tool that allows buyers to “look” at houses through a virtual tour instead of a traditional walk through.

The service also benefits sellers, Chavez explained, because it cuts down on situations where a “a prospective buyer walks in and a few seconds later say it’s not what they’re interested in.”

Chavez creates a virtual tour by spending several hours inside and outside a home with a 3-D camera. Then, with the help of special software, he produces the tour about 48 hours later, with prices starting at $199.

Not only can Chavez take a buyer on a virtual walking tour of a house, he can also create what he calls “a dollhouse.” That's a view of the home from the outside, with the exterior walls and roof removed.

“When you step into the tour the house looks like what it really is. No one has ever said ‘I’d rather just see pictures’ when given this option,” he said.

Chavez, 38, came to Sierra Vista with the U.S. Army in 1998. He later worked for a defense contractor and then became involved in real estate, obtaining his real estate sales agent license in 2013. It is an industry which allows him to be a work-from-home dad.

Although the local real estate market still struggles with the effects of the recession, Chavez believes VR is a vital marketing tool for agents. The completed “tour” is uploaded to a webpage, allowing agents to email or text a link to prospective buyers. “It can be reviewed on a desktop, laptop or mobile device without needing to install an app,” Chavez said.

He can also create tours of commercial and vacation properties, apartments and special event sites, as well as vacant land.

A January 2016 technology research report by Goldman Sachs Global Investments said “we see the potential for VR to drive consumer purchasing in real estate.” The technology is “changing the industry” with a potential global user base of 1.4 million real estate agents, according to the report.

“If you’re not leveraging your business to take advantage of technology, you’re going to miss out,” Chavez said. One Sierra Vista-based Realtor is already sold on the product Chavez offers.

“It has been such a great marketing tool,” said Sheila Cooper of Keller Williams.

“Once sellers see that I am willing to invest in their home, to provide in essence a 24-hour open house, they are really impressed,” she said.

According to Cooper, she sent the 3-D tour to another agent whose client was from out of the area.

“After being able to walk through the home virtually they paid full price, sight unseen,” Cooper said.

“Prospective buyers, and especially millennials, want to understand more about a property before visiting in person,” said Linda Itskovitz, VP of Marketing at Matterport.

In the coming years, Chaves believes 3-D and VR marketing tools “will be part of every selling experience.” That includes the for sale by owner market where, he says, virtual tours will “reduce the number of look-y-loos and non-qualified buyers” that owner-sellers encounter.