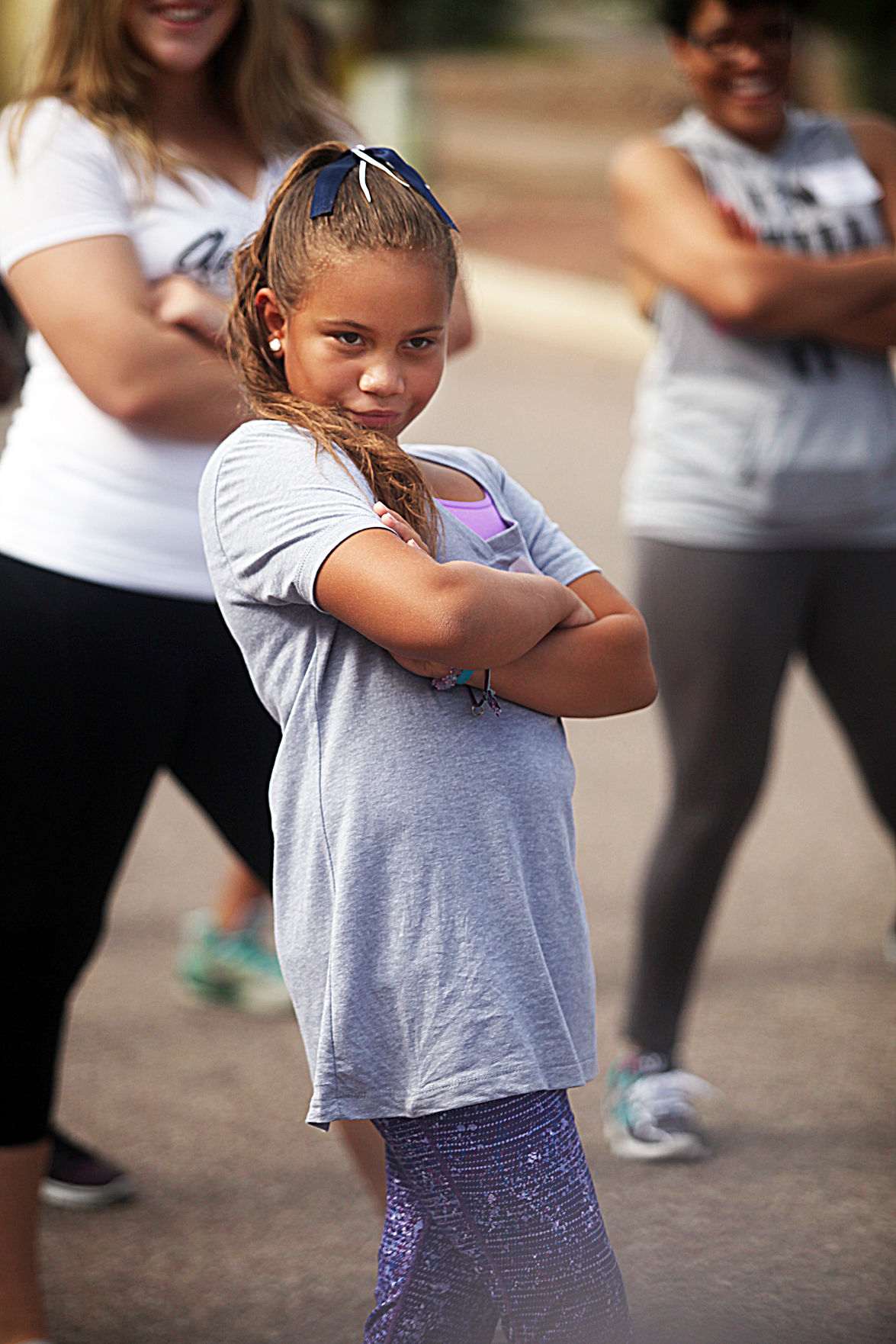 Amani Wilkins, 10, is in charge as she participates in last weekend’s self-confidence camp in Sierra Vista. 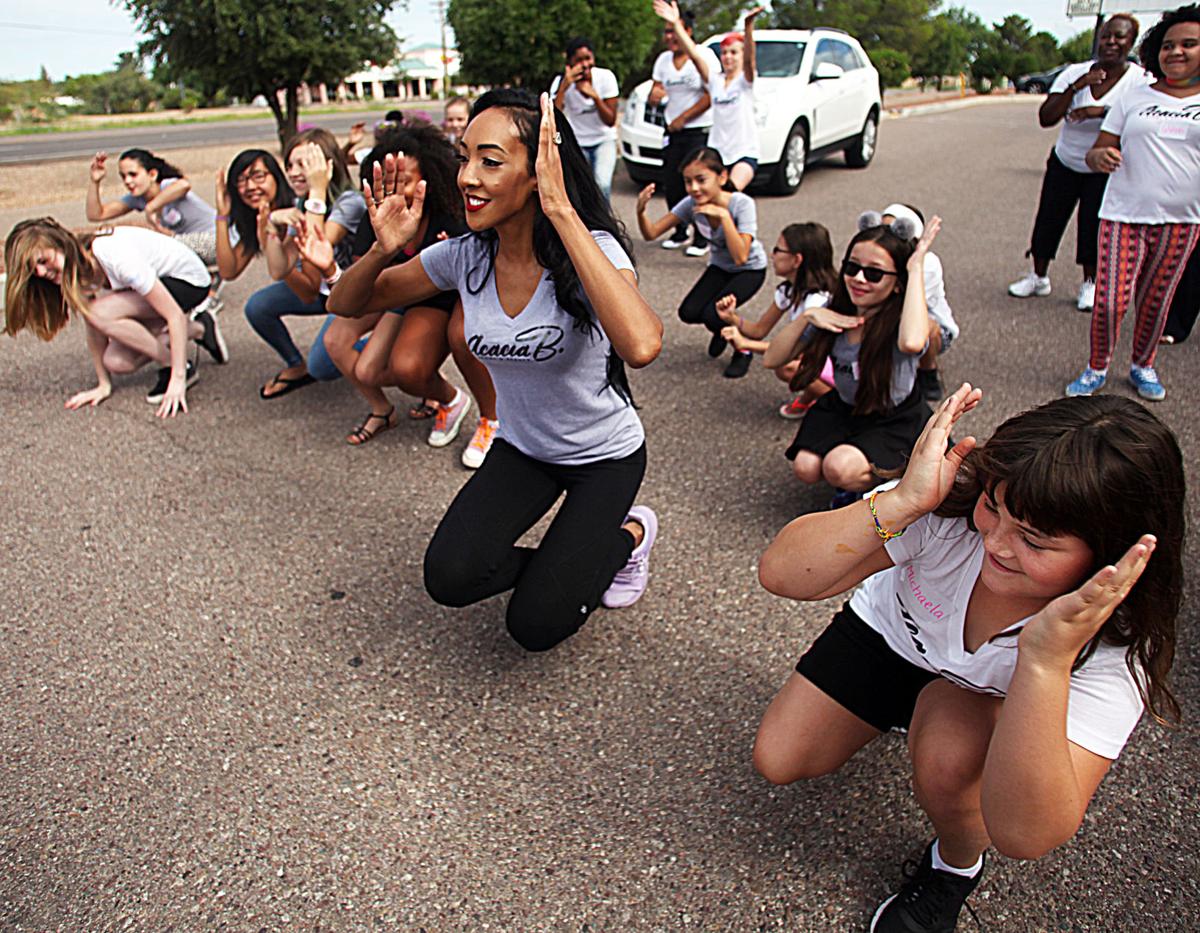 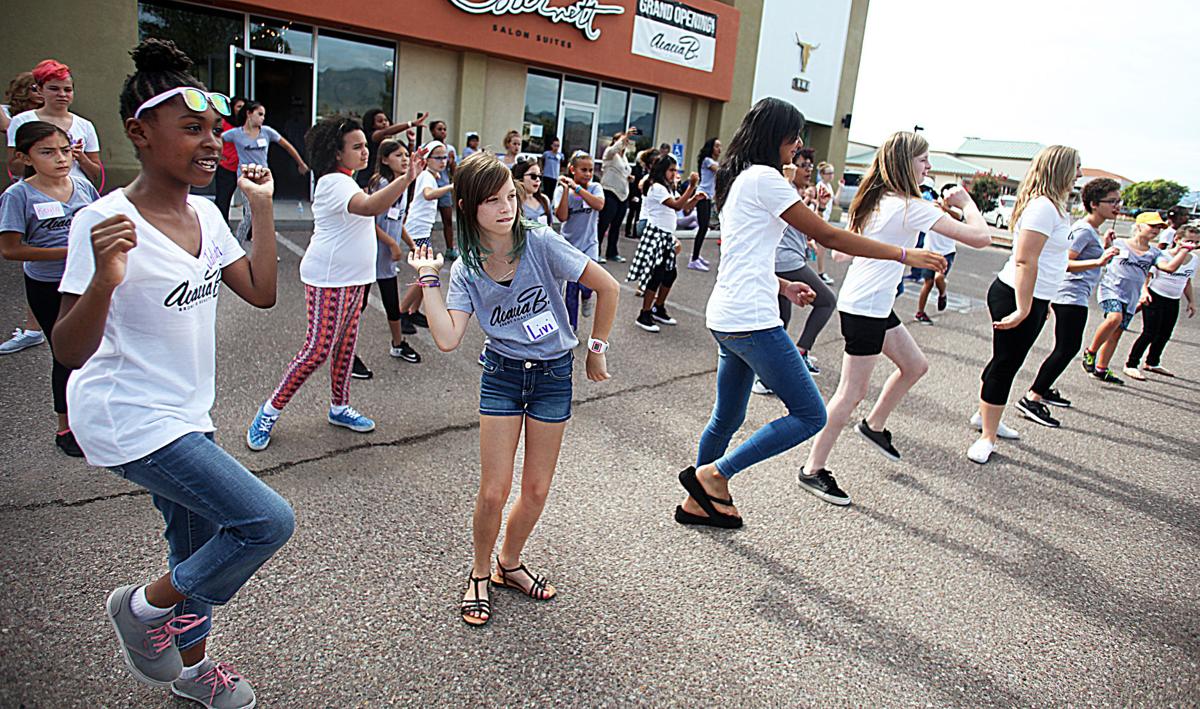 Young ladies participate in the first self-confidence camp. Several women business owners have volunteered their time to teach the campers.

Amani Wilkins, 10, is in charge as she participates in last weekend’s self-confidence camp in Sierra Vista.

Young ladies participate in the first self-confidence camp. Several women business owners have volunteered their time to teach the campers.

SIERRA VISTA — Acacia B. Brows & Beauty filled with 42 ladies, not to get their hair dyed or brows microbladed, but for the first-ever confidence camp for young women.

Acacia Barnett, owner of the salon and director of the camp, said she started planning for the camp in June. The idea came from the love and support Barnett received from her grandfather.

“He really pushed me to go to college and reach my goals” Barnett said. “I wanted to pass that along…A lot of the things that I do are because of him.”

The camp was originally geared for girls ages 10 to 18, but according to Rosalie Ortiz, the suite manager at the salon, the youngest girl in attendance was 7 years old while the oldest was a 20. Campers were able to spend three days at the salon for $25, which included lunch, snacks and a T-shirt.

The three-day camp kicked off last Thursday at 8 a.m. with a high-energy Zumba class. Ortiz said the girls were then split into small groups and worked on group team building and bonding.

“We wanted them to build each other up,” she said. “Our goal was to build them up and get them ready for the school year.”

The young ladies were taught about dealing with bullies, taking confident chances and making friends. Ortiz said she noticed changes in the some of the girls’ demeanors after the first day of the camp.

“I didn’t see it at first,” she said. “But the girls’ physical appearance changed, they were holding their heads up high and talking to each other.”

Ortiz added that some of the girls that had their hair covering their faces on the first day pulled it back and seemed a little happier. Barnett said that she believes the camp was so beneficial for the girls because they were surrounded by like-minded young women, which could’ve made it easier for them to talk to each other.

But, the camp wasn’t all about confidence, though. The all-girl camp also hosted several speakers from various women-run businesses from across town including women from: Throw A Fit with Edda, Bati'Mamselle Boutique, The Confetti Collective, Kea Retirement Solutions, The Rustic Fern Studio just to name a few.

Being involved in the community is something that Barnett has been doing for a while. She said her salon holds a scholarship essay contest for Buena High School seniors to win $1,000. Barnett said that she also takes her tips from October and November and uses the money to buy and donate turkeys for Thanksgiving.

This year, Barnett and Ortiz said the camp was more successful than they thought it was going to be and are definitely planning another chapter for next year. Ortiz said they held an exit survey for the girls to take and while most of them enjoyed the camp, she said they are going to add some more hands-on activities. The two are also planning to upgrade to larger space to, hopefully, accommodate a larger group.