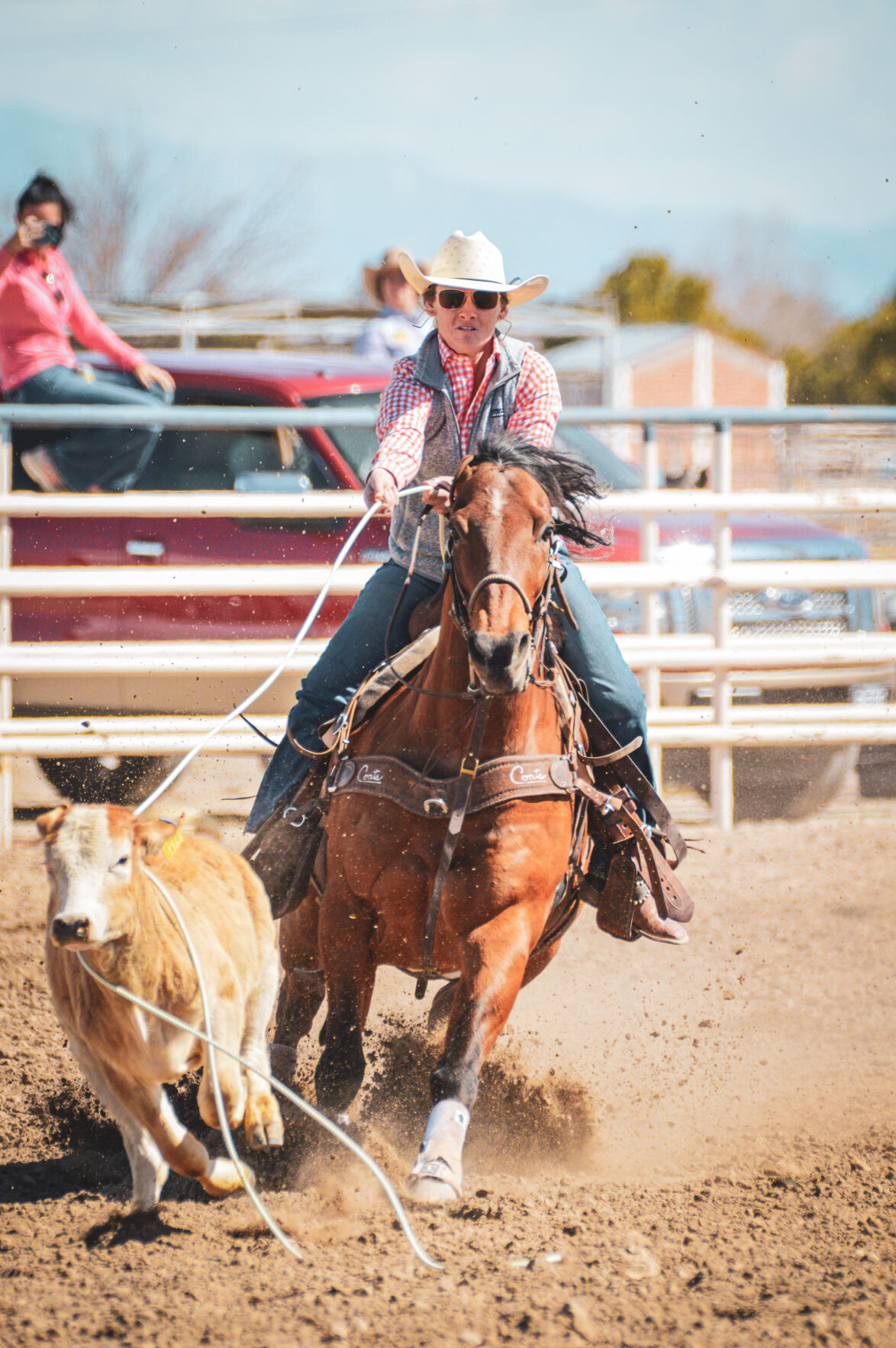 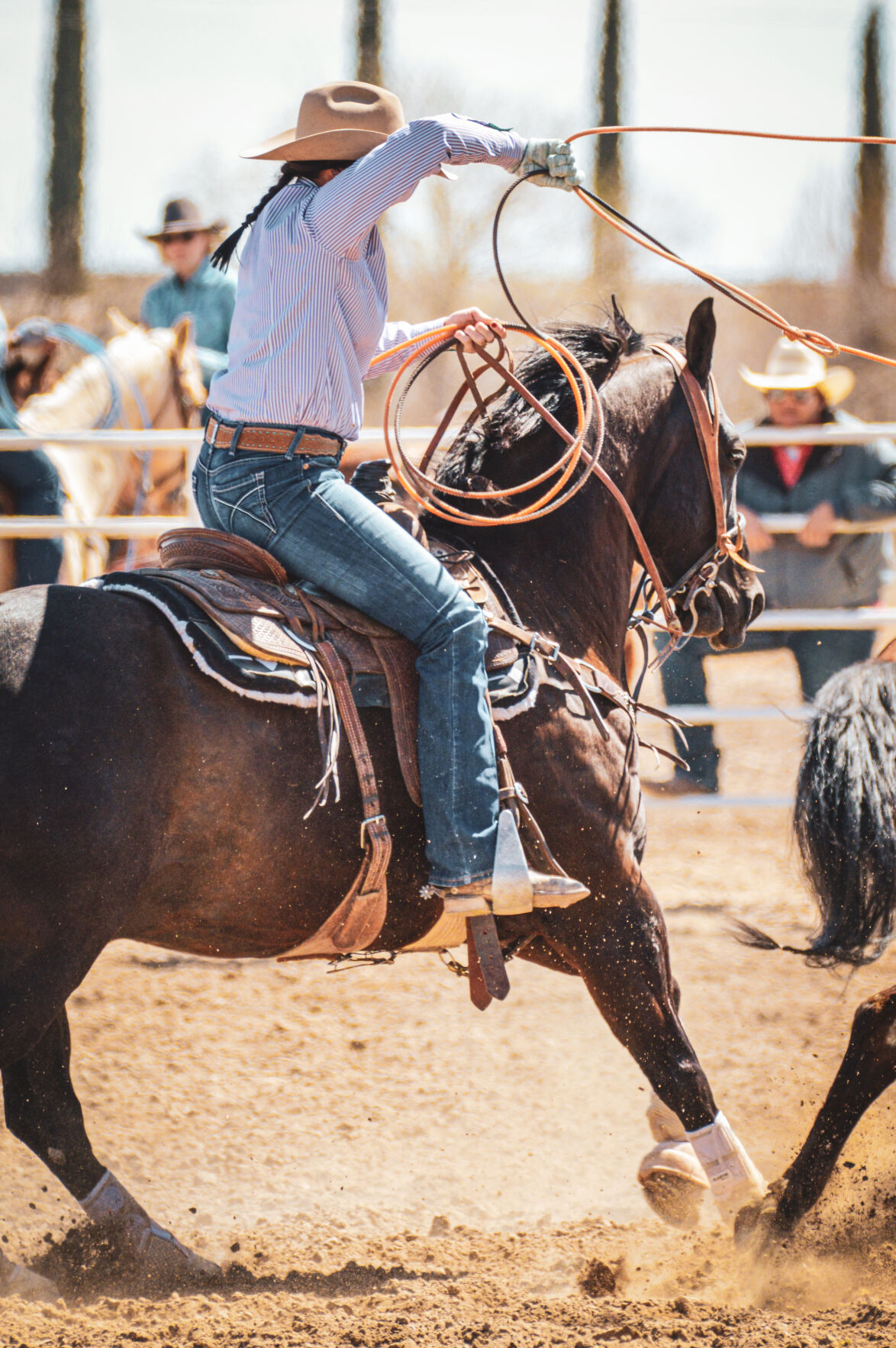 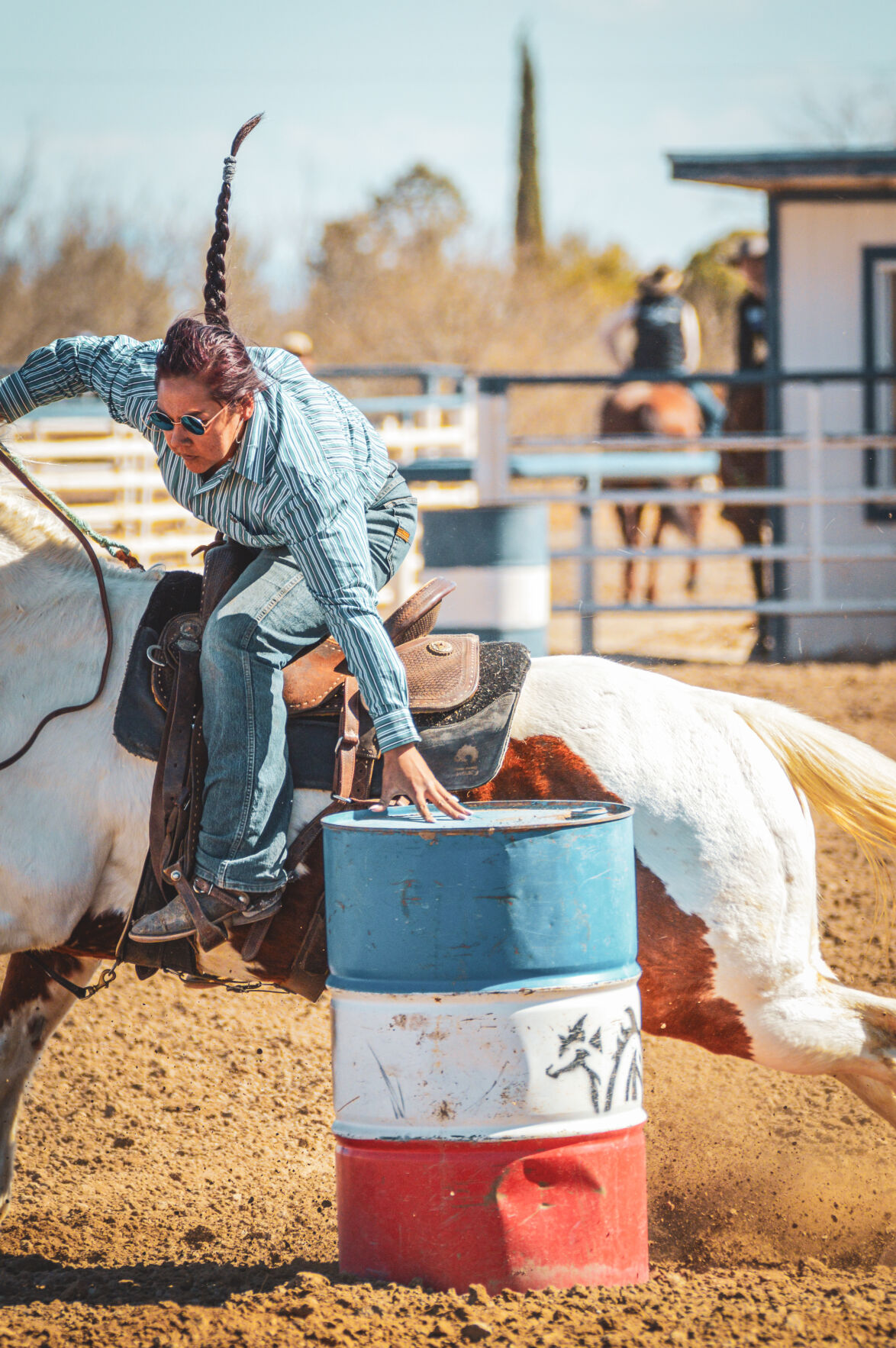 Maelee Heart saved herself a five-second penalty on her run by preventing the barrel from falling to the ground. 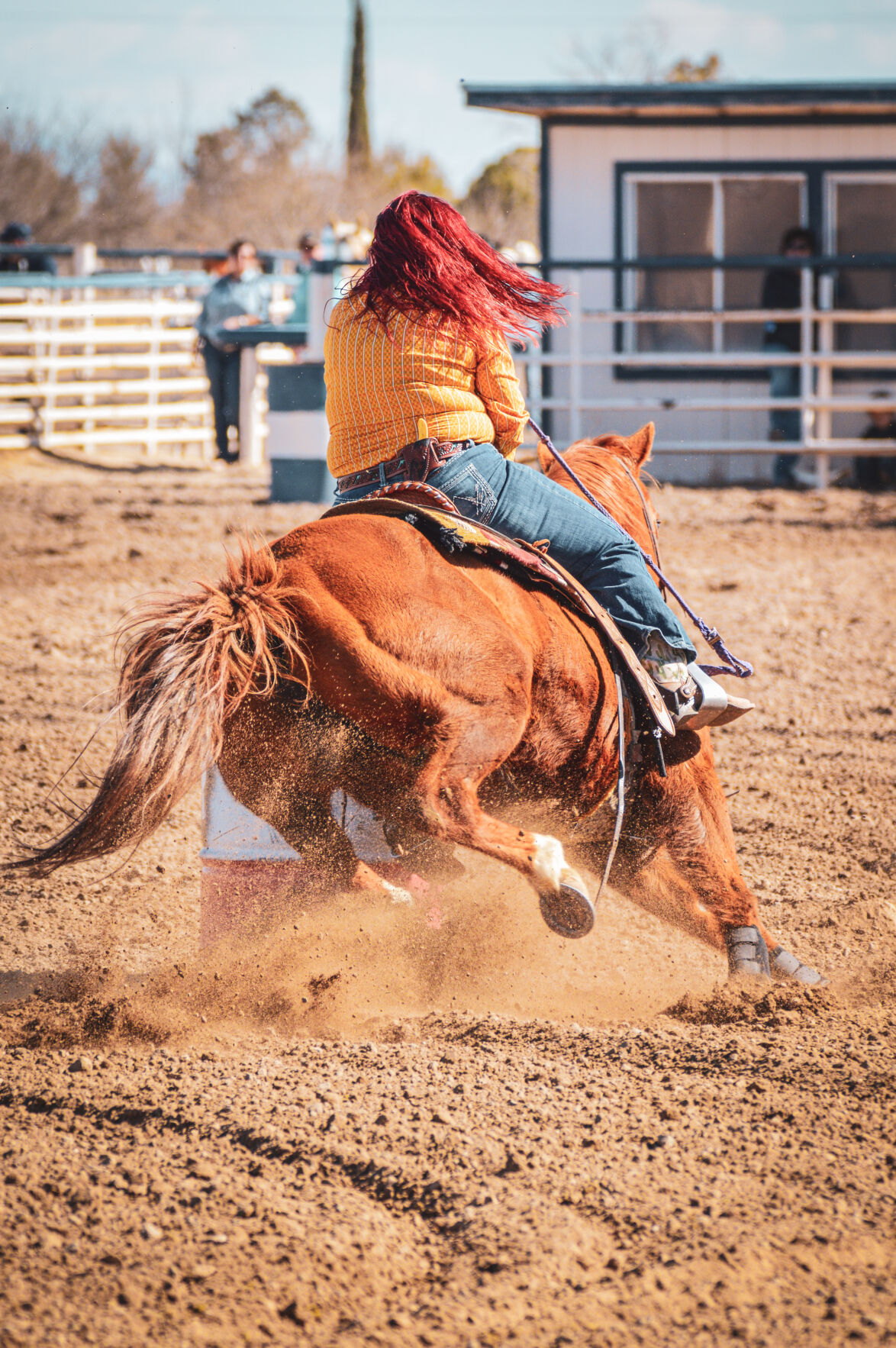 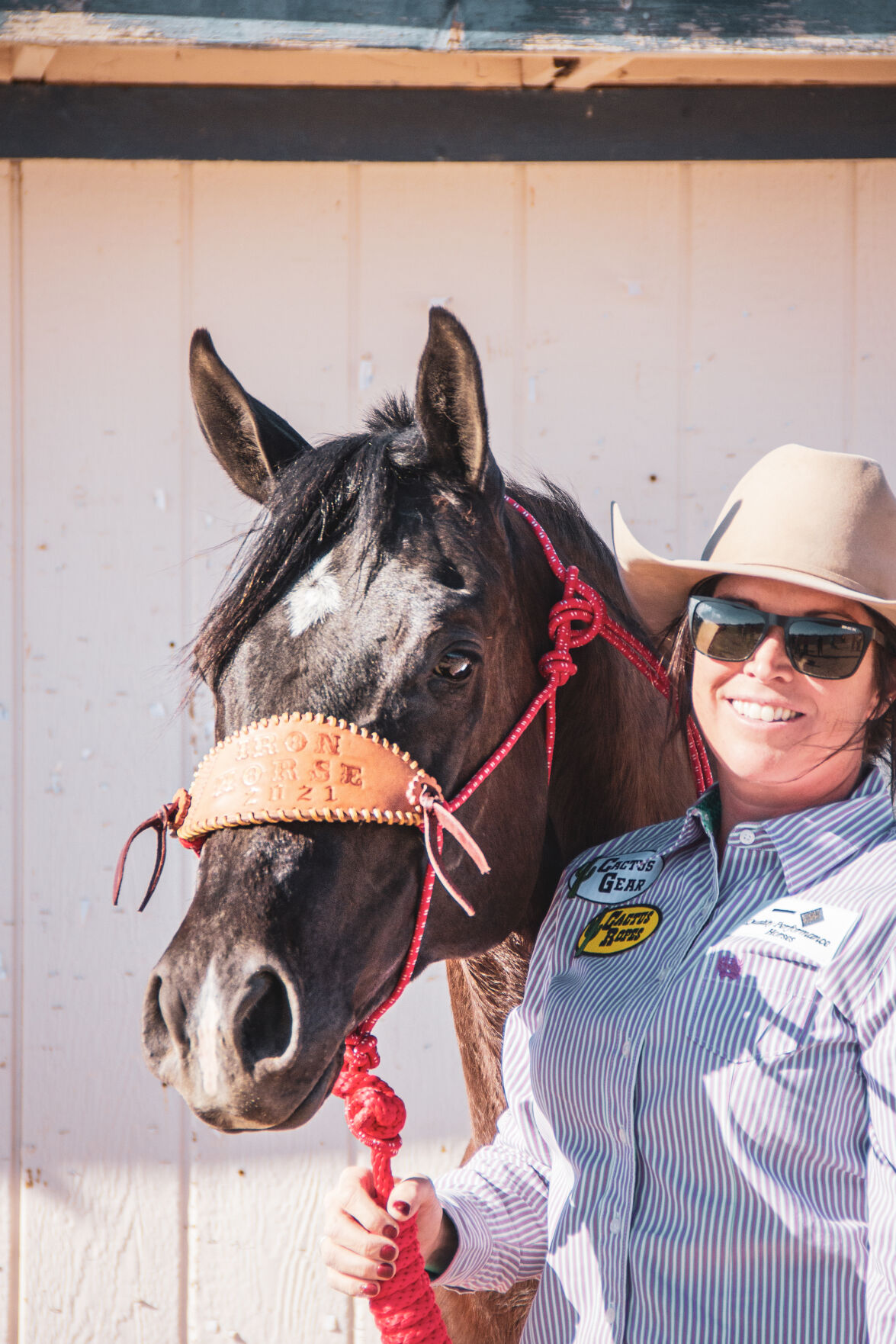 Maelee Heart saved herself a five-second penalty on her run by preventing the barrel from falling to the ground.

Megan Gunter won the award at the March 27 competition for “the overall best time for all five disciplines.” Those five events were heading a steer, heeling a steer, steer stop, breakaway and barrel race.

“She had the fastest accumulated time over the five events. This is the only event of its kind in Arizona and probably in the Southwest,” Williams said.

Williams also shed light on how the next event in the series compares to the first event on March 27.

“It’s the same as this last one,” he said. “What this is is a series of three like this. March 27, April 17 and May 8. May 8 is the final and you have to compete in one of the first two to qualify for the May event.

“To go along with that there is a class during the Iron Cowgirl called the ‘Iron Horse’ and you have to ride the same horse in all five disciplines to qualify for it. There’s a $1,000 cash price for the winner of that. The one in March that won it was Kylee Mclain. They get a trophy out there and a $1,000 cash.

“That is a judged event. That’s judged by a woman rodeo participant that watches the whole thing and picks out what she thinks is the best horse that competed in all five disciplines.”

“No men are allowed to participate as helpers,” he said. “The girl who’s possibly going to win it, one of the other girls who is on her team as a helper could possibly be one of her toughest competitors. Somebody that’s crowding her for the win. The sportsmanship angle is very strong.

“These women all show up and if somebody comes by themself and they don’t have a partner to help them, one of these other girls will volunteer to help them and they get them the best shot possible.”

“You’ve got two women who are trying to do the job. There’s just no telling what’s gonna happen. One girl at this last one, one girl who had a pretty good shot at winning this deal, this is the very first time she’s ever competed and her horse fell with her and put her out of it.

“It just made her a long enough deal that she didn’t have a chance to win anything. This is what’s funny, a couple of the girls ran out there to help her and her boyfriend went to the photographer. He wanted to know if he got a picture of it.”