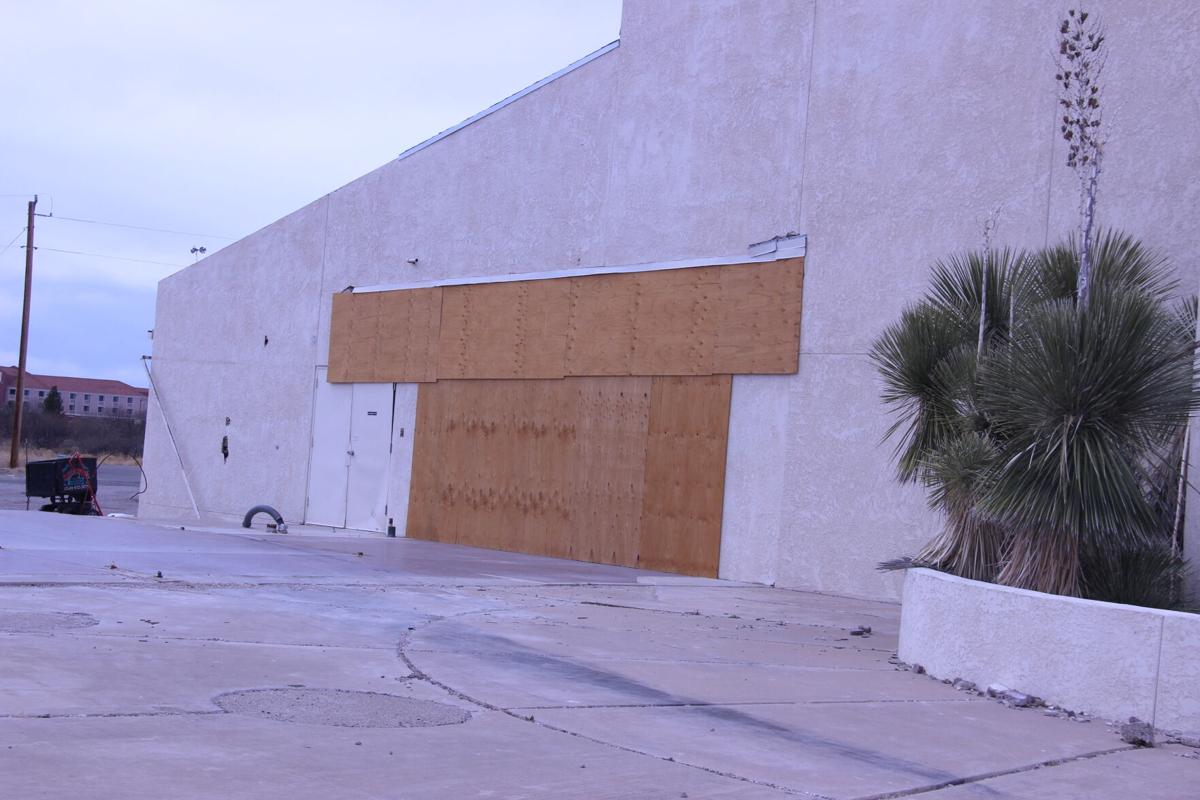 The Willcox visitor center has been unused since a semi truck crashed through the building last year. 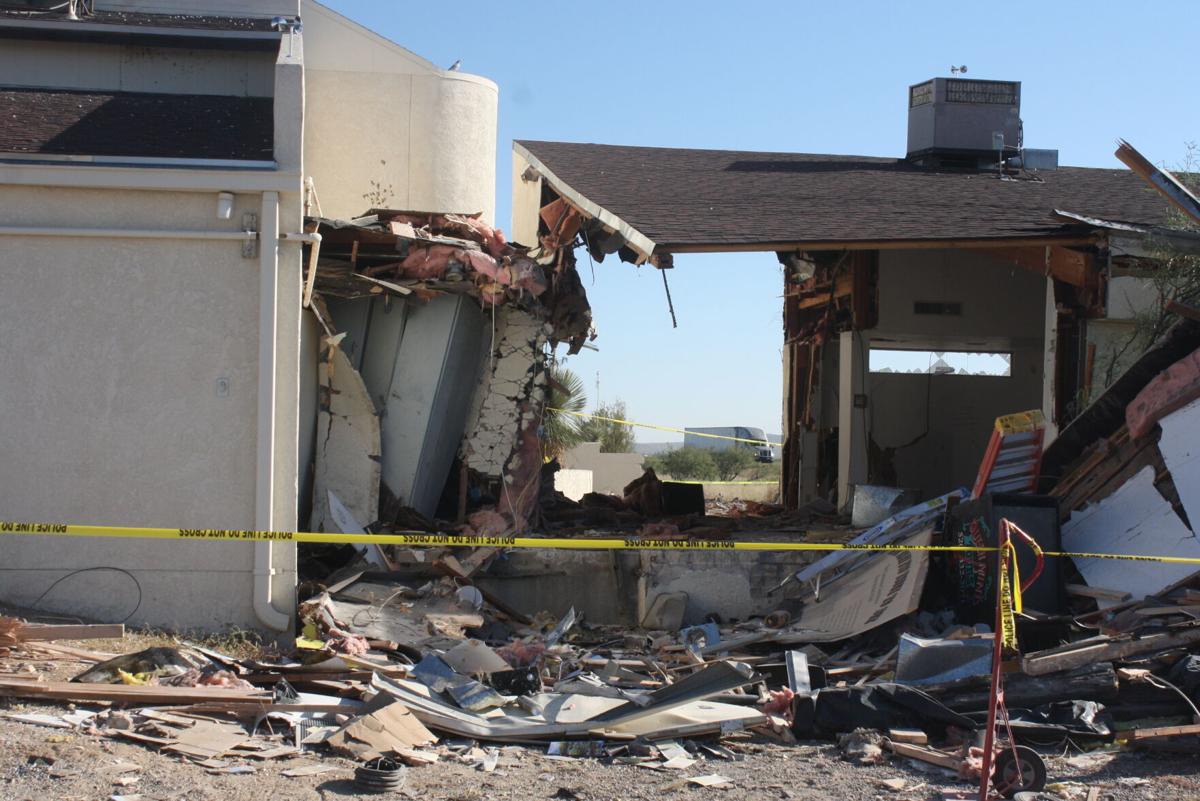 The view of the damaged visitor center building from the north side of the building, looking south toward Interstate 10 through the hole created by a semi-truck. 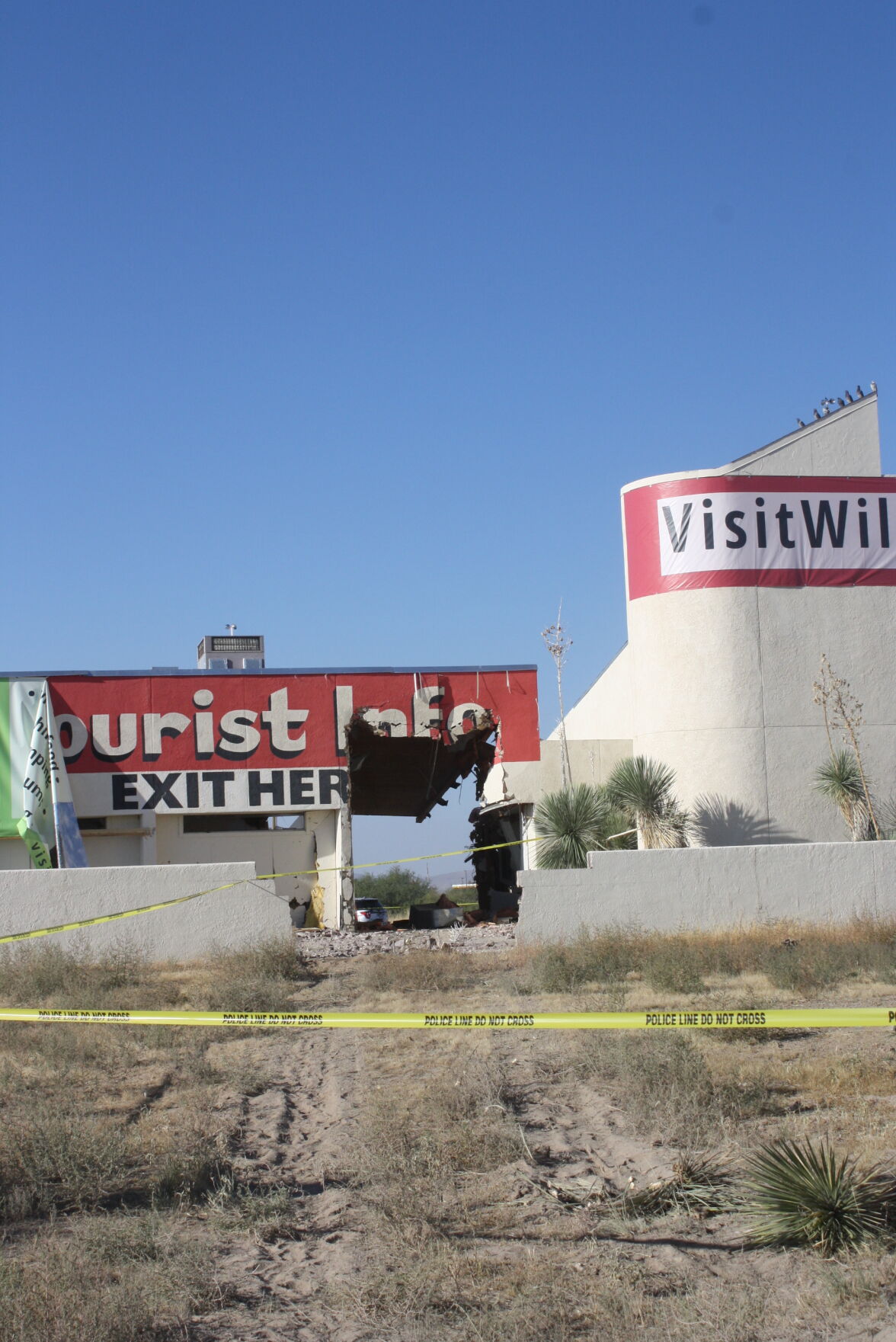 The aftermath following an out of control semi-truck slamming through the unoccupied brick visitor center building in Willcox.

The Willcox visitor center has been unused since a semi truck crashed through the building last year.

The view of the damaged visitor center building from the north side of the building, looking south toward Interstate 10 through the hole created by a semi-truck.

The aftermath following an out of control semi-truck slamming through the unoccupied brick visitor center building in Willcox.

WILLCOX — City Manager Caleb Blaschke addressed the city council on March 18 to recap the damage that was done to the Cochise Visitor Center across the street from Apple Annie’s in October 2020.

Additionally, Blaschke allowed for further discussion from Mayor Mike Laws, his fellow council members and any member of the public.

“We have insurance coming in after a long process, since October,” Blaschke said. “Our insurance has come back to us and they told us that we have $270,000 that the city can utilize to rebuild the damaged portion of the visitors center.

Blaschke asked if the council had other ideas and then he presented a third option of rebuilding the structure and keeping the main visitors center in its current location.

Afterward Laws echoed Blaschke by suggesting the possibility of just selling the building as is, before Blaschke immediately responded with a downside to this third option.

Blaschke suggested that they could gain more from repairing the building and not reopening it as the city’s main visitors center.

“If we could get more from patching up that side and then selling it, we would do that,” Blaschke said.

“Better if we patched it up and not spend a whole lot of money. Just do that,” Laws responded.

Councilmembers asked if the rest of the building is still intact before Councilman Paul Sheats asked, “how usable the building would be if you were to fix that wall and market it for a purpose out there? For a business. What would be the purpose?”

Blaschke said he is not sure “what kind of businesses would come in there.”

According to Willcox’s city code any business could be established in the current location.

Sheats rephrased his question and asked, “what kind of business, as it stands, would be interested in moving into the area?”

Blaschke said he needed to look deeper into the matter.

Councilwoman Rachel Garza was worried about the building remaining vacant for an extended amount of time until a buyer becomes available.

City Council next proposed the idea of taking the funds being given to them by their insurance and tap into the general fund to update the visitor center at city hall.

Public concern regarding the damaged being brought up to American Disabilities Act compliance was another area of discussion.

“Because it’s in our city code and because it’s such a significant loss with part of the building, any repairs would require the entire building to be brought up to ADA compliance. The estimated cost to do that is close to $700,000,” Blaschke said.

Administrator of Developmental Services for the City of Willcox Jeff Stoddard echoed Blaschke by citing all depends on if they spend 50% of the value of the building to repair it and on building codes from the city.

“Building codes is key when you’re remodeling. You learn so much,” Stoddard said.

The public was satisfied with both Blaschke and Stoddard’s responses that collectively addressed their area of concern.

Council also discussed the possibility of leasing the building to a new business.

That option has been discussed in the past when the entire original structure was standing.

Stoddard didn’t believe that the cost of repair would exceed $25,000 before council unanimously agreed that Blaschke should get offers from contractors, seek to get the building repaired and then come back to council once a single contractor or multiple contractors have extended offers on the building.

After the meeting Blaschke, reached out to the Herald/Review regarding his city council’s current decision on the future of the visitors center.

No repairs or sales of the property have not not yet been decided.