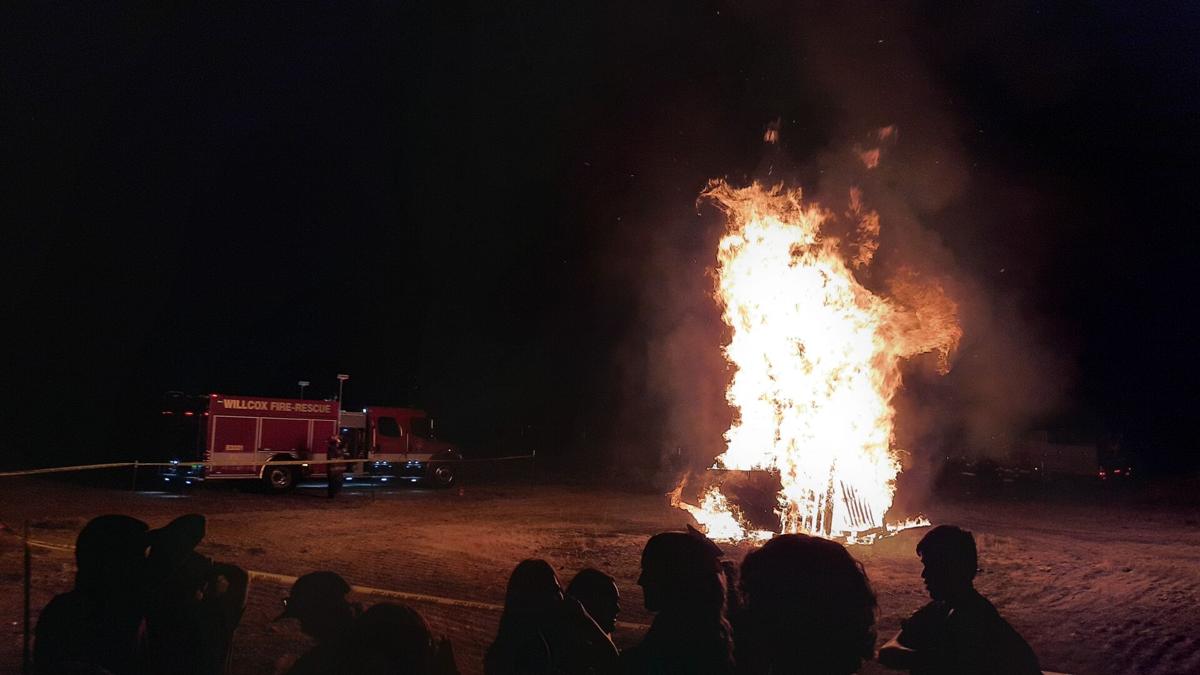 The Willcox Cowboys celebrate homecoming with a bonfire. 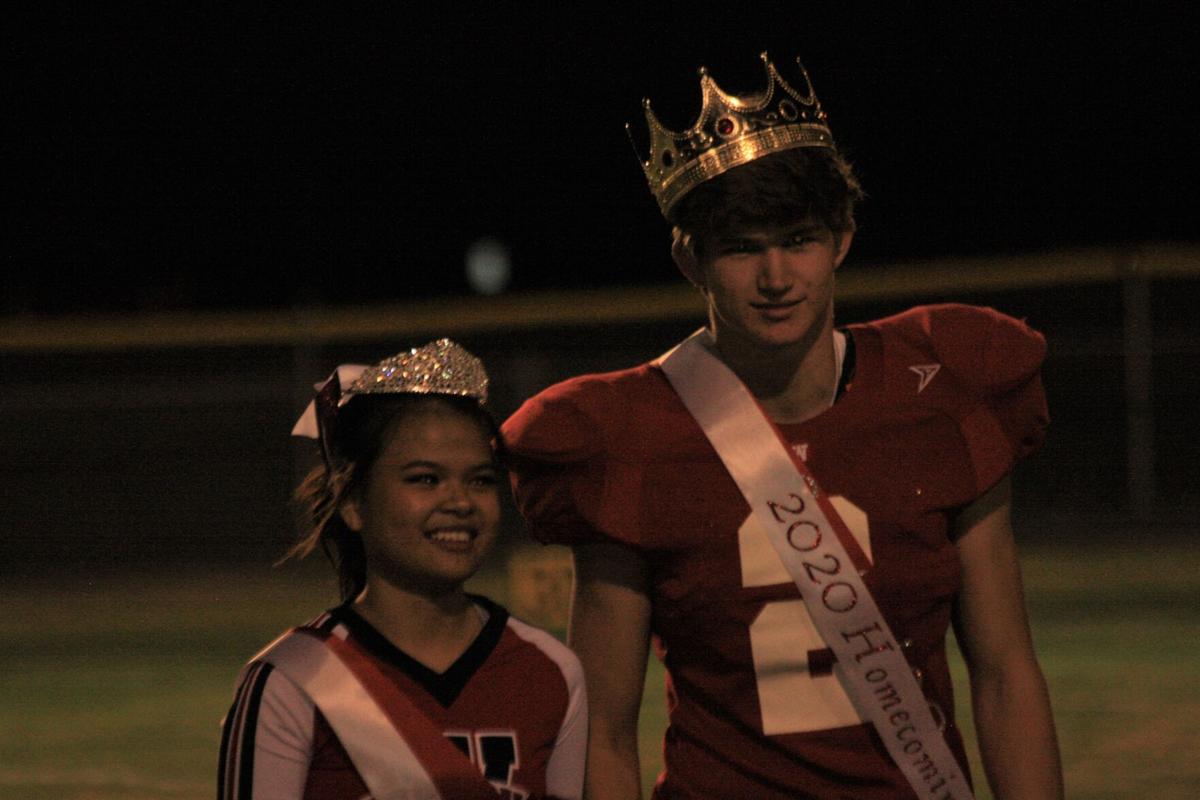 The Willcox Cowboys celebrate homecoming with a bonfire.

WILLCOX — Willcox High’s 2020 Homecoming was delayed, but students made memories regardless of the uncertain times.

Some students were worried by the changes and uncertainty after the school’s first home football game against Valley Lutheran, and consequently the rest of homecoming week, was canceled, but they pulled together to make a week to remember.

The revamped homecoming week (rescheduled from Oct. 5-9 to Oct. 19-23) included a school decorating competition, class posters and a home volleyball game against Pima followed by a towering bonfire flanked by firefighters and students. All senior student athletes who attended the football game against the Pima Roughriders walked across the field with their parents.

Senior J.T. Garza said, “My favorite memory was walking across the field for senior night.” He was accompanied by his parents, Katrina and Yoyo Garza. He was frustrated by the cancelation of the first homecoming week but understands why changes had to be made.

Junior football player Spencer Allred’s favorite memory is the dramatic final minutes of the football game that night. Willcox held the Roughriders back in a four-down goal-line stand, winning 13-12 and ignited the crowd. He said the reschedule made the game more stressful, but he is proud of his team for succeeding anyway. His fellow senior Sydney Hansen felt the same about the climactic end of the game.

“My favorite memory from homecoming this year would have to be towards the end the football game when we won. Everyone was so excited and happy, and it felt good to win our last homecoming game for all us seniors,” said Hansen.

“It was pretty difficult having to change dates. It seemed like everyone put all of their efforts into the first homecoming week, so when we had to do it all over again, it was kind of hard to be motivated,” said Hansen.

Despite some unfavorable changes, Hansen was grateful for the holistic senior night, noting that many seniors were not recognized last year.

“It was kind of sad to how empty the stands were. In past years, it was hard to find a place to stand, much less sit!” said Hansen about the game’s attendance.

“My favorite homecoming memory would definitely be becoming queen because I never even expected to be nominated and becoming queen in general was a very big accomplishment for me,” said senior and cheerleader Perolino, who was crowned alongside DeBaun.

“The fact that we weren’t sure if (homecoming) was going to happen made me sad,” said Perolino, although she liked how her class got to choose the new dress-up days, and thought the modified senior night was a great idea.

Senior Serena Teeters’ favorite memories were those same dress-up days, which included a sports themed Monday, Formal Dress Tuesday (which allowed students to break dress code), Tropical Day, and a pink out Thursday for Breast Cancer Awareness Month. She said homecoming week, “was more clam this year because we didn’t have the float and skits...” and the reschedule “…gave us more time to prepare…”.

The Cowboys football team will play their final home game of the season against Morenci on Friday.