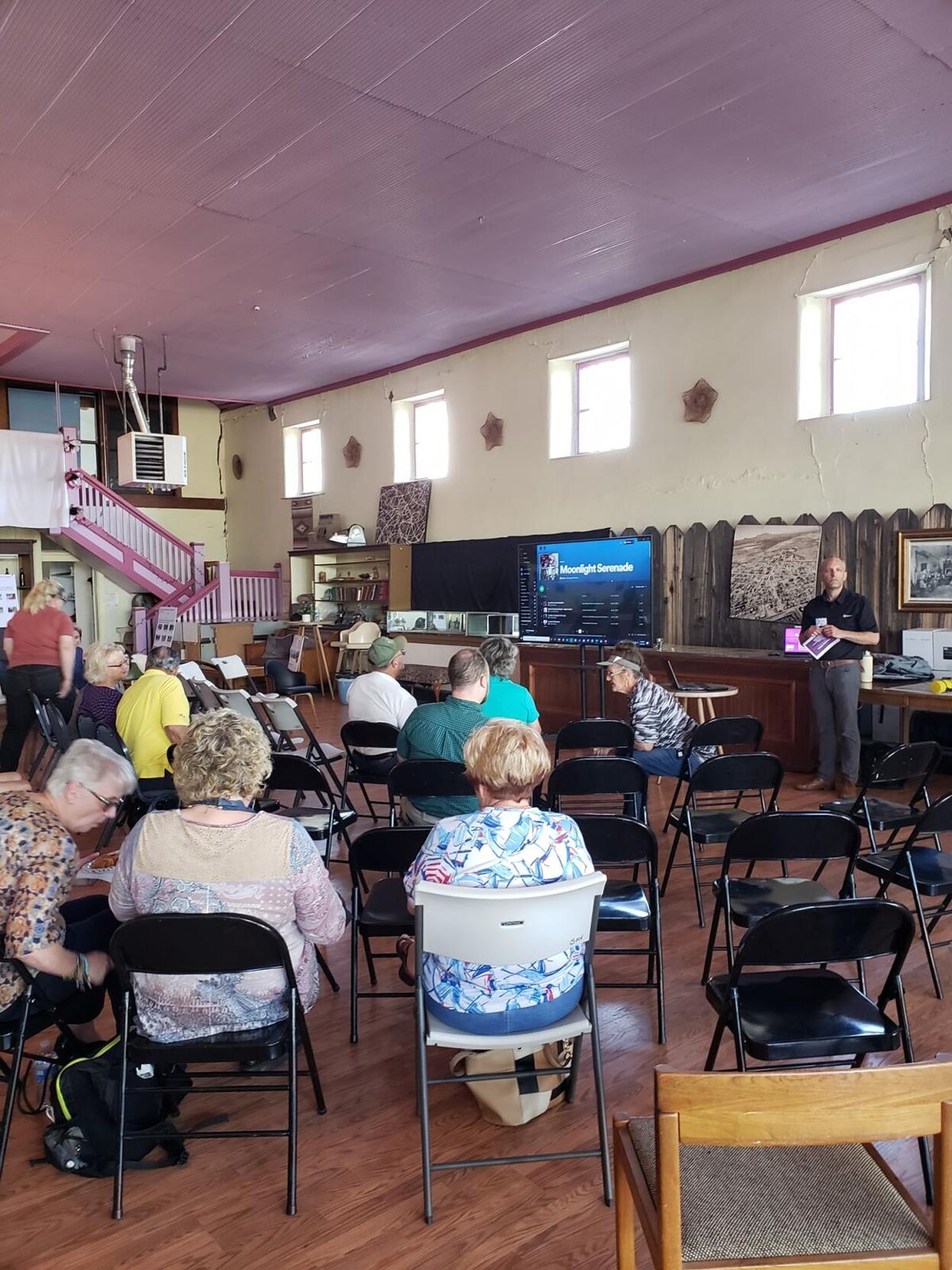 Ryan Givens of Stantec, far right, readies a presentation to a roomfull of Willcox locals, the majority of whom are business owners. 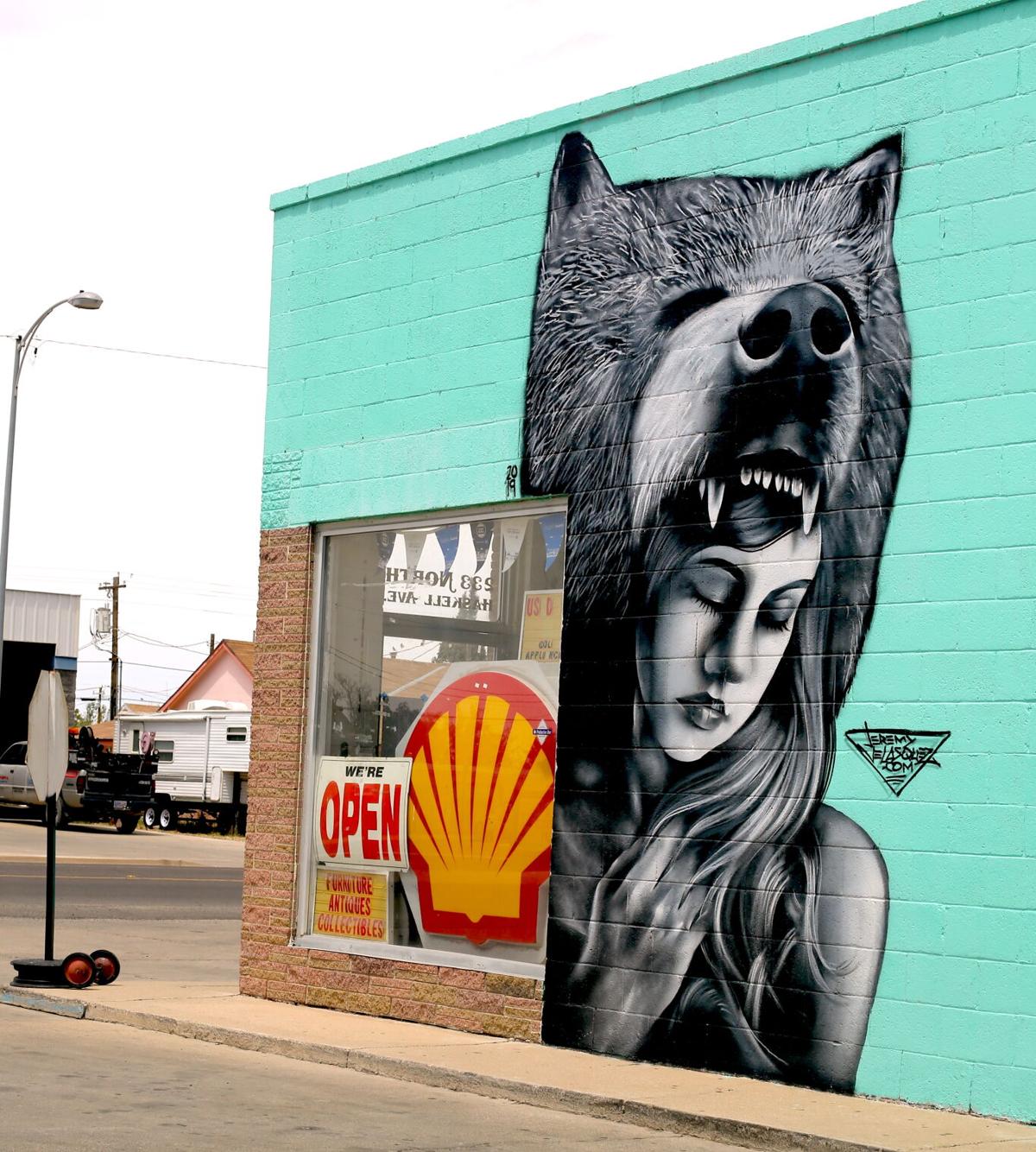 The city of Willcox continues to look at downtown revitalization.

Ryan Givens of Stantec, far right, readies a presentation to a roomfull of Willcox locals, the majority of whom are business owners.

The city of Willcox continues to look at downtown revitalization.

WILLCOX — The city of Willcox hosted the Downtown Willcox Revitalization Planning Town Hall on Tuesday, June 29, in partnership with Ryan Givens, senior planner and urban designer with Stantec, a design and consulting company.

Givens delivered a brief presentation during the town hall based on what he and City Manager Caleb Blaschke discussed regarding the revitalization plans for downtown.

Givens kicked things off by talking about brownfield sites and why the city might potentially have a few of the sites, as the city dates to 1880.

According to the Environmental Protection Agency, brownfields are real property, the expansion, redevelopment or reuse of which may be complicated by the presence or potential presence of a hazardous substance, pollutant, or contaminant.

Mayor Mike Laws stressed the importance of having an environmental study done by the EPA when purchasing new property, just like he has done for at least three businesses he has owned over more than 45 years as a Willcox resident. He noted you can ask the EPA if an assessment has been done in the past on incorporated the property, potentially reducing any assessment fee.

“You know those environmental studies,” Laws said. “If (a building) was being incorporated in one that’s already been done you get it (almost) free. Fifteen bucks (for the paperwork). That can cost you forty-five hundred bucks if you don’t know that information.”

According to its Facebook page, the city of Willcox’s aim with the planning project is to identify revitalization strategies that would support business recruitment, quality of life and economic development.

If the city was to apply for a Brownfield Grant, it would go through the Cochise County Brownfield’s Grant program. EPA has promised $600,000 in grant funding for Cochise County. No matching funds are required. The program focuses on inventory, assessment and reuse planning for brownfield sites and underutilized properties.

According to Given’s presentation, the initial objectives of area-wide planning for the downtown area are to address brownfields and underutilized properties, define the community’s priorities, build upon existing assets and conditions, identify reuse and investment opportunities, develop strategies and an action plan and engage with community members.

“Let’s say Haskell (Avenue), we can open up buildings,” Givens said. “We talked to your steering committee and I said, well, give me your ideas. What’s working? What would you like to see happening?

“Another big thing was parks and gathering spaces,” Givens said. “That was another area that I was asked to address. Pedestrian flexibility. For the new hotel that is being revitalized (on Bowie Avenue), you’ve got to make sure when visitors come to your town they can comfortably walk (into town).

“The city needs to spend a little money to set the table for budget investment, because that also tells an outsider that there is ability to improve. That things are happening.

“You have great old buildings. You have history here. So our strategy is to focus on filling those empty storefronts. When that happens then we can focus on those empty lots that are kind of peppered through your downtown.”

Givens launched into a discussion about acknowledging that the downtown area is mainly zoned for commercial.

Givens mentioned a city street in working class Bremerton, Washington, to illustrate his recommendation to level the sidewalks on either side of Railroad Avenue in order to create a “flexible event space/street parking.”

Signage would be used to show how to get to dining areas, city parks and parking, as well as other essential locations like a fire station or a hospital.

A local woman asked about the status of a bike path within the city limits.

Blaschke responded by citing a budget estimate from the Arizona Department of Transportation of $60,000-$80,000.

“We are in the middle of doing (a) bypass study right now,” he said. “Many of the (steering committee) members here are also part of that committee. There’s going to be community meetings that will be coming out of it in the next six months, but that report won’t be complete until probably January of next year.”

As for as the city’s multiple dirt and gravel-filled alleyways, Givens said the plan would be to clean up the areas by providing classier-looking outdoor dining areas complete with plants on either side of the alleyway, forming what he refers to as an “art alley corridor.”

The suggestion for gathering spaces nearby city hall would simply entail a parking lot on the north and south sides of the old Willcox railroad depot building that is now City Hall. The parking lots would run adjacent to the Railroad Avenue side of the building for easy access to and from each lot.

An old pink railroad car is across the street from the main entrance to City Hall, but the plan is to utilize the area around that car for a shaded dog park. There is a roof in place above the depot car.

Givens also cited how the city’s street funds can be used to correct a lot of the issues associated with repaving and improving the overall layout of each of the city streets.

Mary Peterson, Willcox Chamber of Commerce and Agriculture president, was available after the meeting to give people a chance to offer what their vision is for downtown.

“What (Ryan) wanted here was a sense of engagement,” Petrson said. “Just a way to get (a) community perspective. When you think about downtown, what’s the most important element? What is downtown about in terms of a space?”

Local business owners and citizens were invited to “communicate their vote with a green dot” being placed under the area they believe needs the most attention in downtown.

Cleaning up trash in the downtown area was another area multiple locals agreed needs to be looked into.

Councilwoman Rachel Garza suggested outdoor dining at restaurants downtown and said it would “be nice for the area.”

Two members of the steering committee offered their thoughts on Givens’ presentation and how their conversations with the city and Stantec has been going.

“The meeting was energizing, and hope-filled practical things that we could do to bring new energy to our downtown,” Peterson said. “Having a plan with community buy-in makes the city prepared to seek additional funding and gets everyone moving in a common direction. I’m grateful that we had the opportunity to think collectively about what is possible for our downtown and to dream about the future.”

Rod Keeling of Keeling Schaefer Vineyards said, “Before my wife, Jan, and I came to the Willcox area in 2000 to start our vineyard, I was in the downtown management, historic preservation and redevelopment field for over 20 years.

“I have participated in many planning projects like the one the city is conducting now for downtown Willcox. I would say that we are lucky to have the opportunity to conduct this planning for the city and I’m very pleased with the approach that has been brought to us by the consultants, Stantec. Their planning process is excellent.

“While I have been very busy with my own projects, when asked by Caleb to participate on the downtown plan steering committee, I was happy to do so.

“My role on the downtown committee is to work with the members and try to contribute insights that I might have on some of the more technical issues.”

Folks in attendance could leave their comment in a suggestion box.