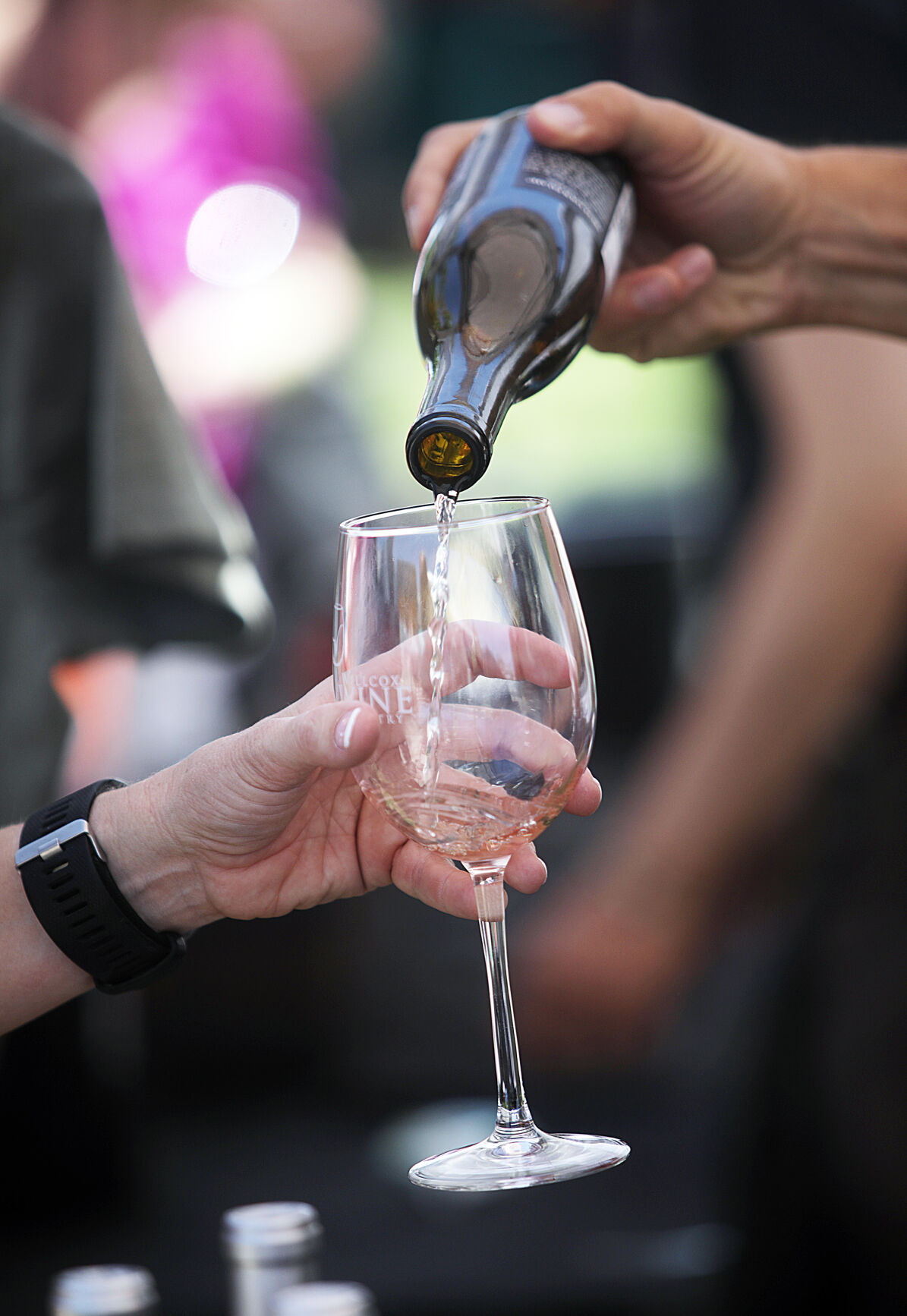 The Willcox Wine Festival took over Railroad Avenue last Saturday. The event drew more than a dozen wineries as well as other vendors and food for all to enjoy. 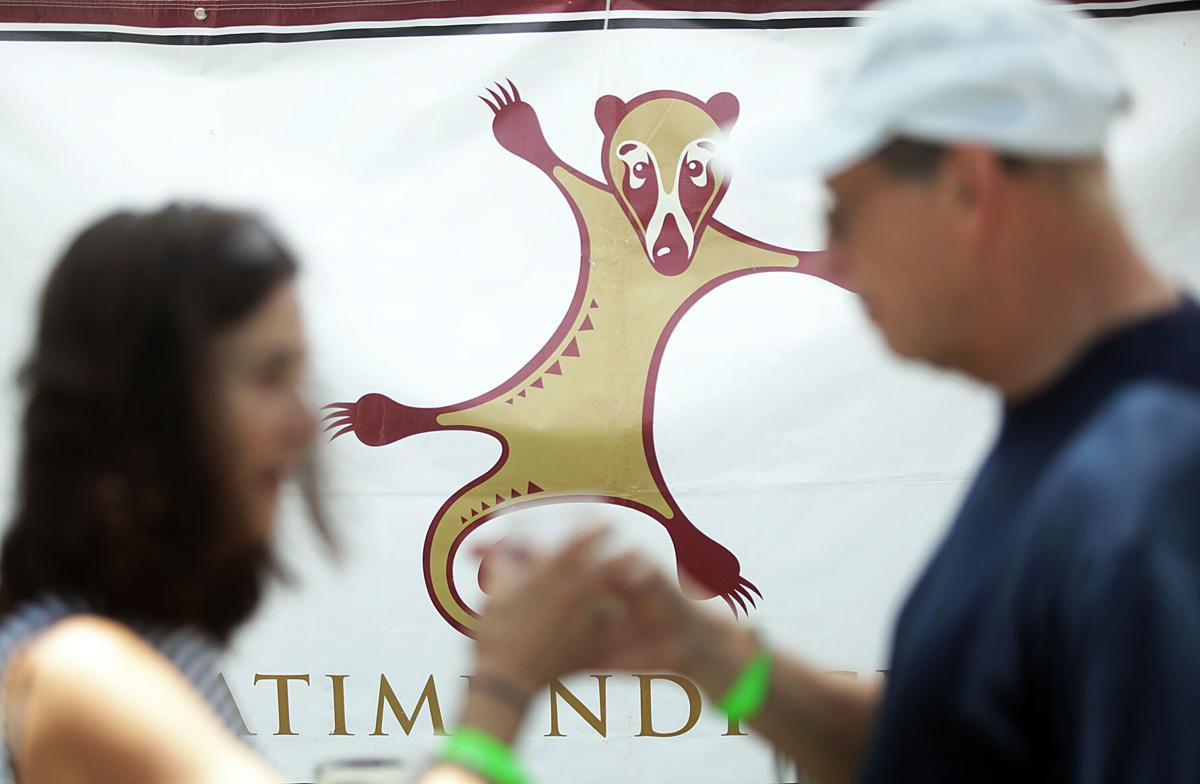 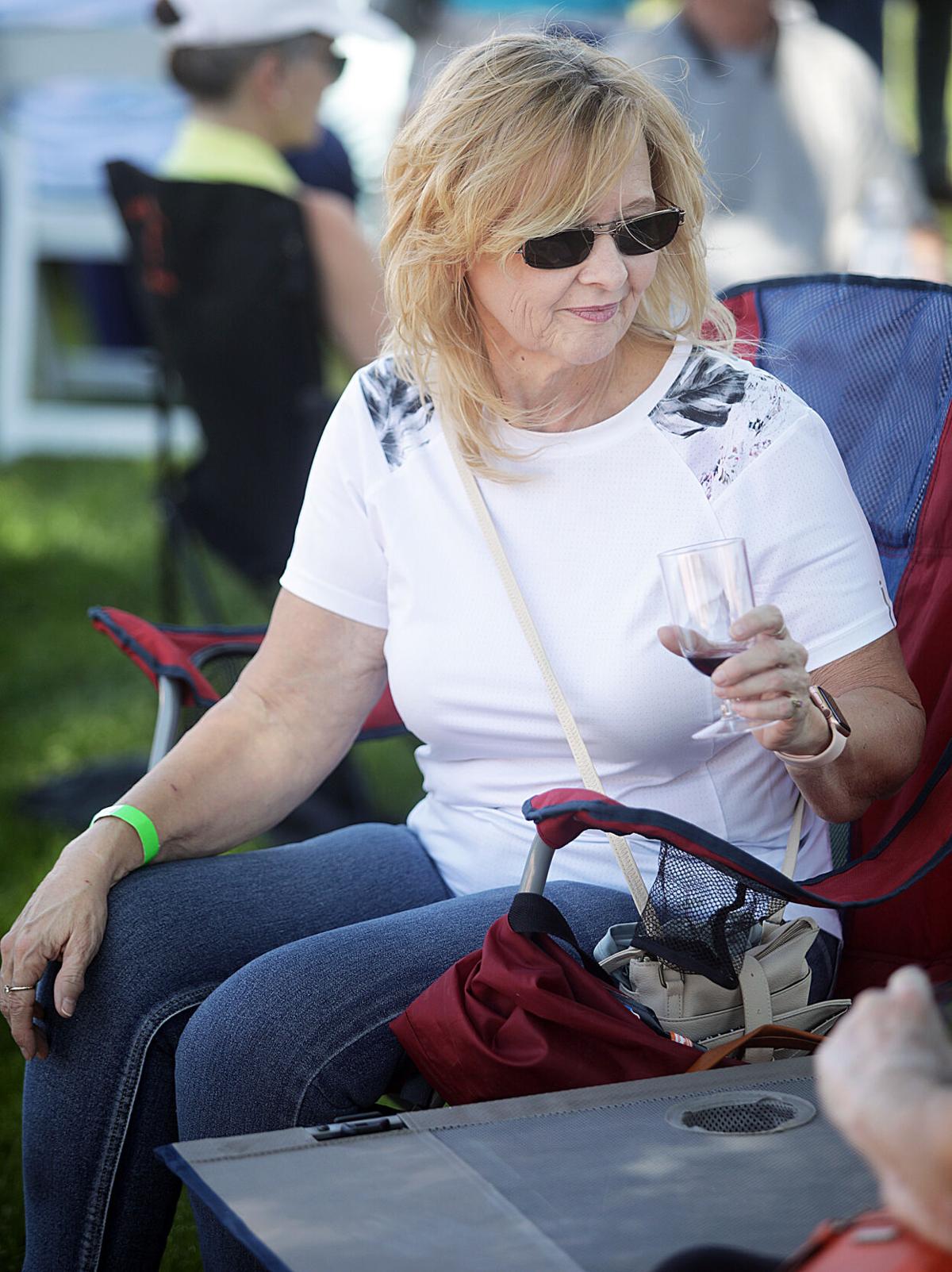 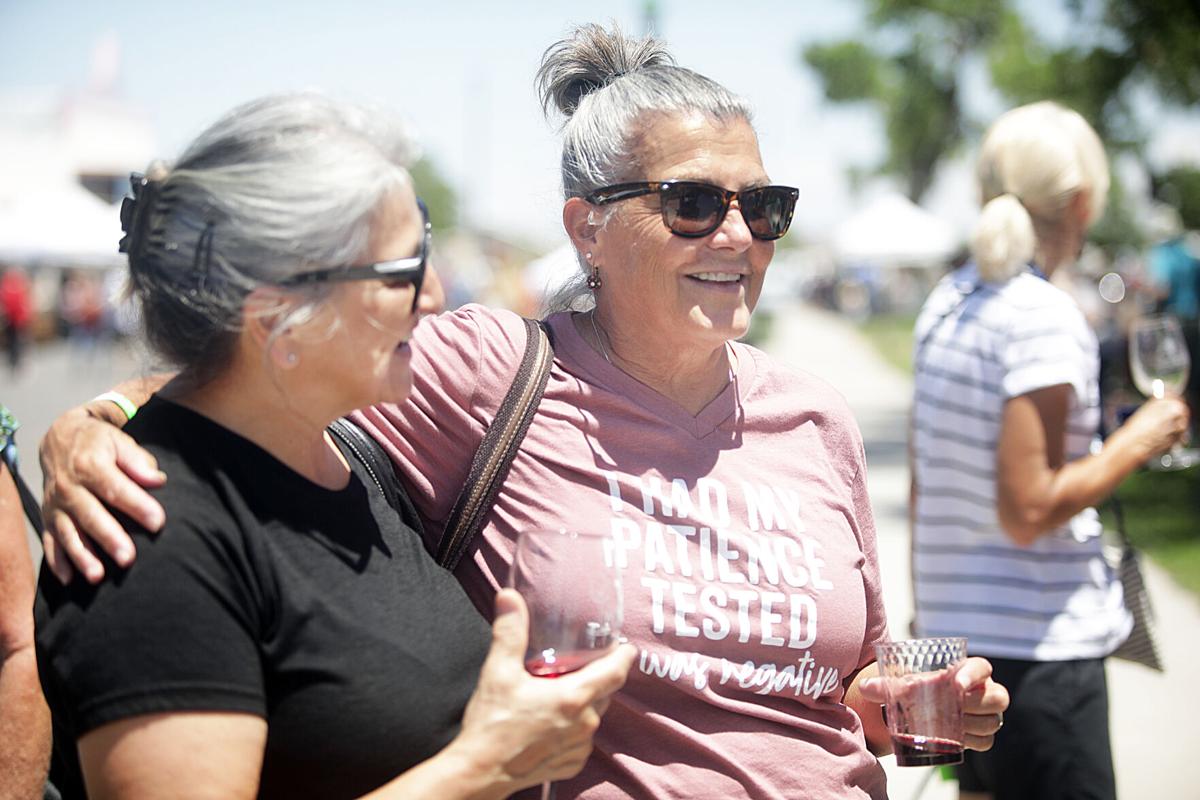 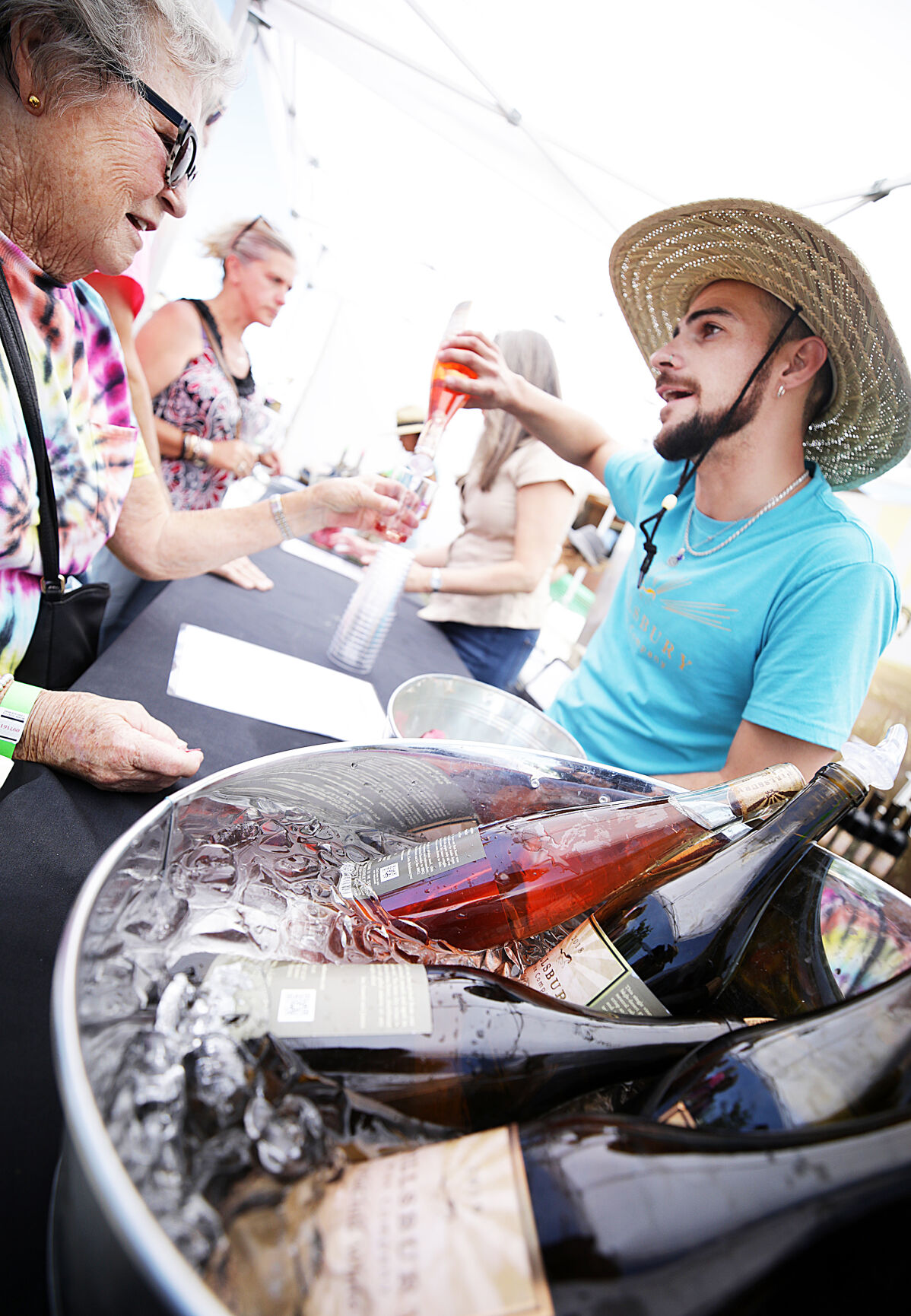 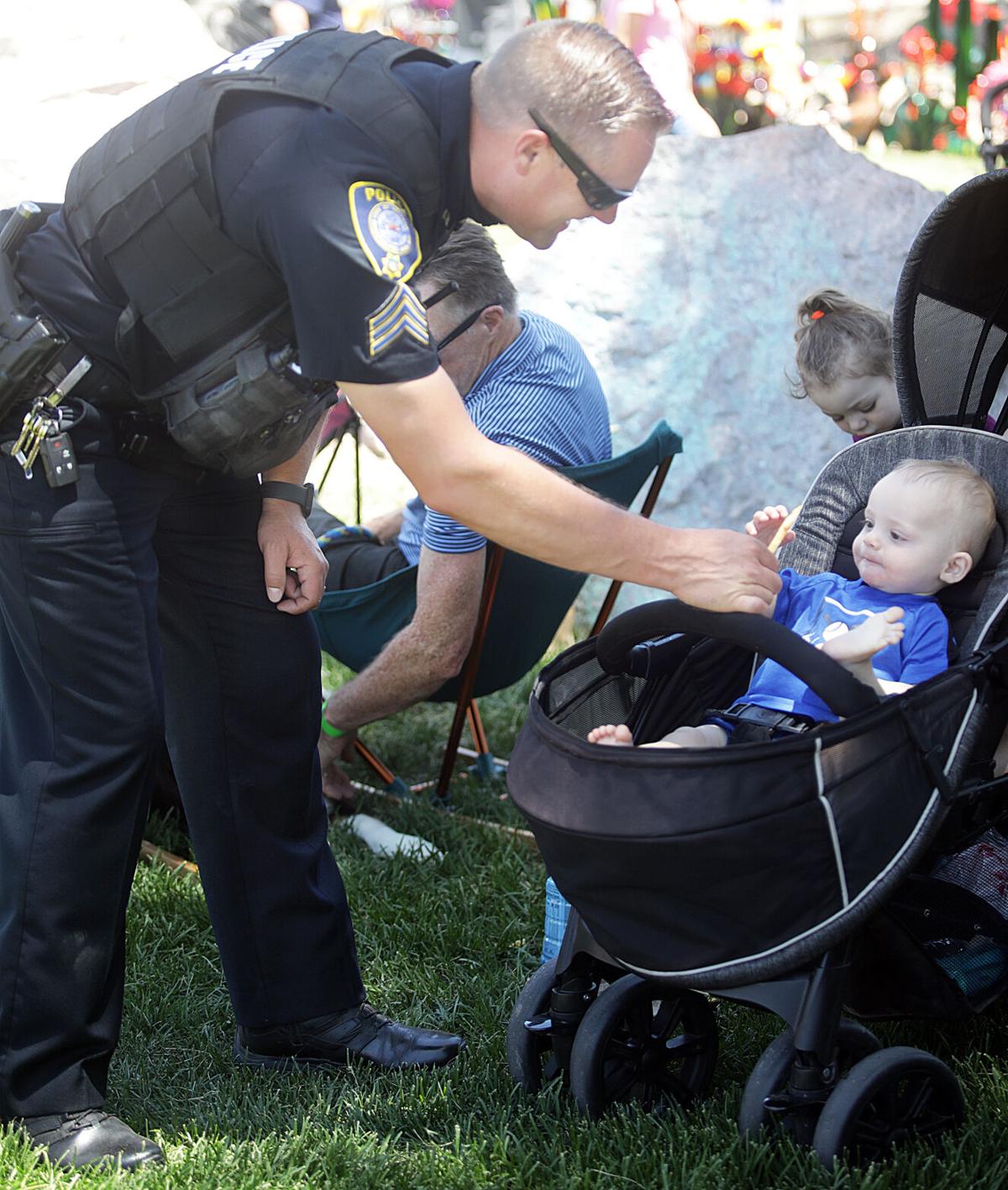 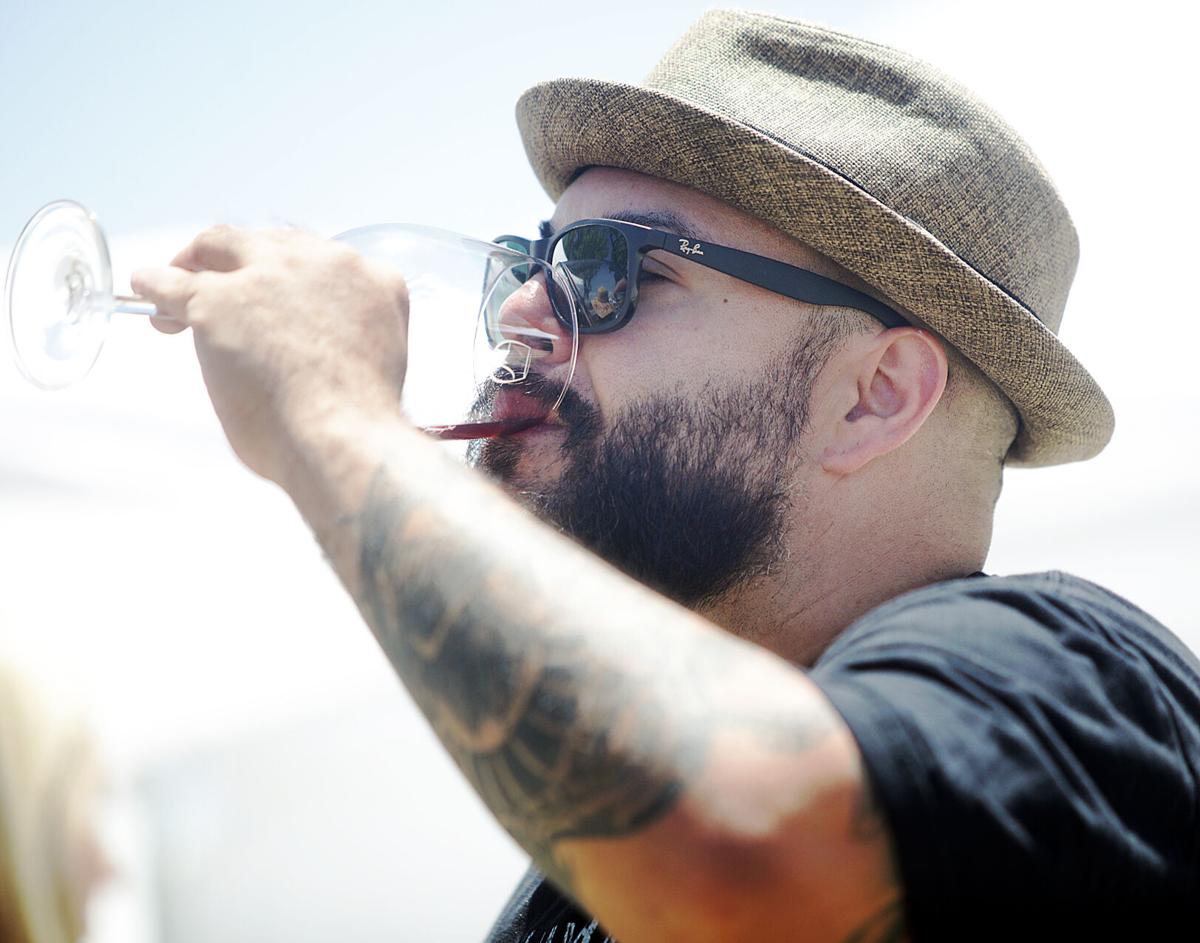 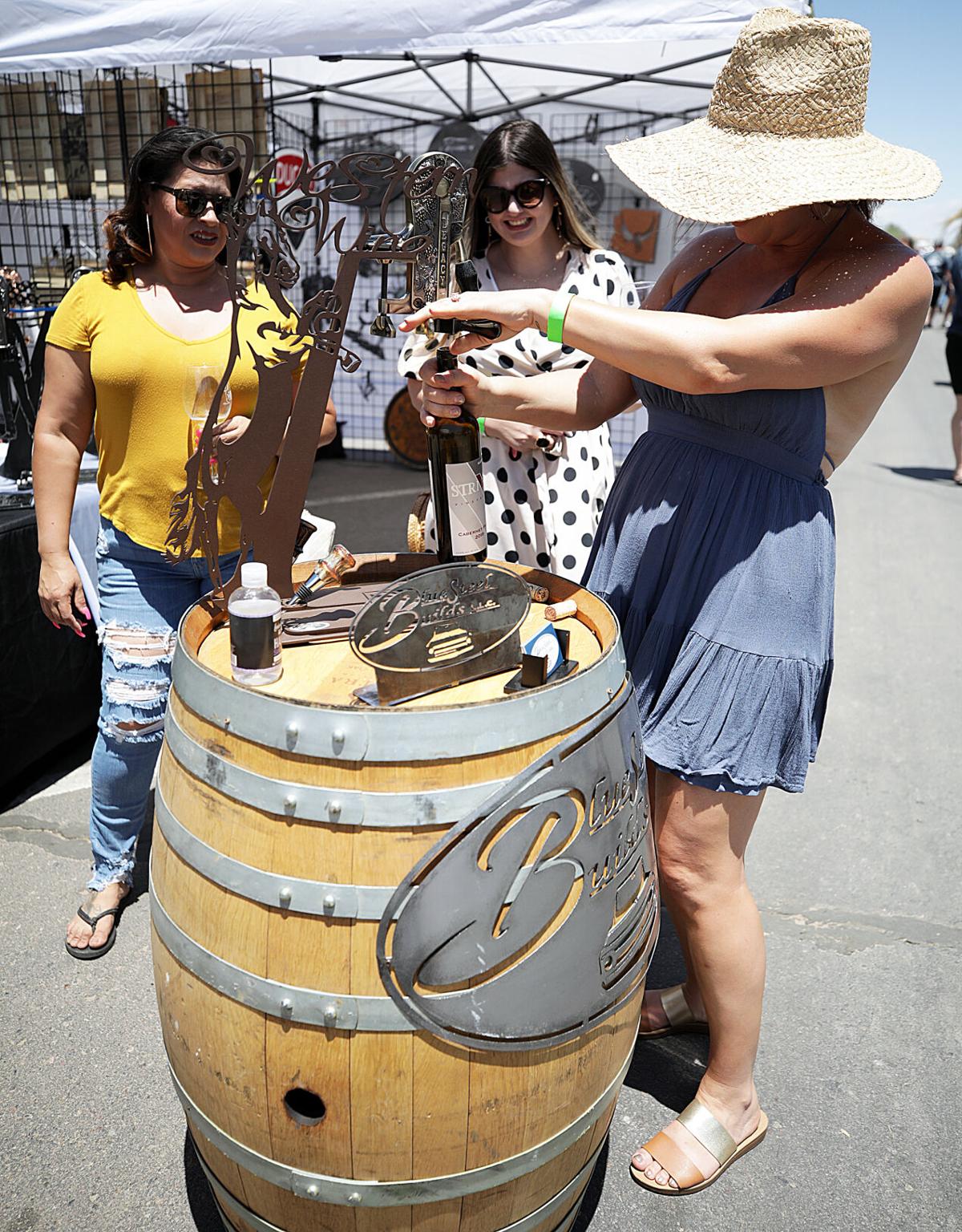 The Willcox Wine Festival took over Railroad Avenue last Saturday. The event drew more than a dozen wineries as well as other vendors and food for all to enjoy.

WILLCOX — On Saturday visitors of all walks of life descended upon the otherwise quiet main street of downtown Willcox, known to the locals as historic Railroad Avenue, for the much-anticipated return of Willcox Wine Country’s Spring Festival.

Strive Vineyards of Willcox, co-owned and operated by husband and wife Ryan and Desiree Gerth, joined the Spring Festival for the first year as junior associate members of Willcox Wine Country.

Desiree Gerth commented on their experience. As Ryan was busy running their booth from inside Railroad Park on Saturday, she tended to their recently opened tasting room, located inside the historic Willcox Commercial building they share with business partner Mark Phillips, winemaker, Golden Rule; and Eric Desfachelles, director/electrical engineer, Cooper Horse Vineyard.

“We were thrilled to be able to open up and serve everyone again,” Desiree said. “As one of the newest downtown tasting rooms, Ryan and I were really excited to share our wines and Arizona winemaking experience with customers and welcome them to our Strive Vineyards family. We always want to thank everyone for ‘coming to sip with us!’ And for allowing us to do what we love as a growing family business.”

“The Willcox Wine Country is really a collaborative community that we’re proud to be a part of. Many of us are very open and willing to share both our mistakes and successes with one another — we maintain a high tide raises all ships sort of mentality. We share the opportunity to help grow and support not only the wine industry but really Willcox in general as a wonderful destination to come stay and play — there is so much to offer here.”

“Our plans for growing our downtown tasting room include adding food in the next couple of weeks,” Desiree says. “Small bistro plates with meats, cheeses, crackers and fruit — as well as offering more events and specials. We are planning some upcoming live music/happy hour events and offering summer discounts like our Beat The Heat Special— 10% off three bottles.

“At the vineyard, we’re working on completing construction of our on-site tasting room/patio to offer tours and tastings in the vineyard by appointment.”

Another business with a booth was Deep Sky, a vineyard that has not emerged from its home base in Elgin in a year and a half.

Deep Sky was founded by husband and wife Phil and Kim Asmundson. Dan Goff, tasting room manager for Deep Sky, told the back story of Deep Sky and how he came to be a part of the business.

“They’re both retired,” Goff said about the Asmundsons. “Out there in the Marana, Dove Mountain area. In 2009 it was Phil’s 50th birthday. He went to Mendoza, Argentina.

“That’s where the Malbec (grape variety) is. They own five acres there as part of a bigger co-op called the Vine. Everything there is bottled and shipped to us. All production is really there.

You’ll see a big fan out there,” Goff said. “That’s Deep Sky Vineyards. So they planted the vineyard out here, Deep Sky, 2010, 2011. First vintage off that was 2013. Then they’d do festivals and stuff like this. Then it kind of snowballed from there.”

In addition to Deep Sky going through Aridus Wine Company of Willcox for aid with promoting their still-growing vineyard at Wine Festivals, they also reached out to other wine makers and producers for help. They finally decided to do everything on their own.

Goff’s story is interesting. He had a corporate job in Phoenix and tired of it. He moved to Patagonia to become a wildland firefighter/medic and started bartending part time.

He met the then-manager at Deep Sky and was hired part time.

“Kim said, ‘well do you want to be the manager?’ “ Goff said. “Yeah, can I still fight fire and stuff. Kim said yup, totally, you can still do the firefighter thing.

The name Deep Sky came from Phil’s venture as an amateur astronomer.

“He has a telescope,” Goff said. “A big fancy one. He can program it (with a remote) to look anywhere in the sky he wants. So it automatically focuses on the Milky Way. There’s a button you can push on there to make you go past the Milky Way and that button is called ‘Deep Sky.’ So he named it after a button on his telescope.

There’s a story behind the nautical-looking company logo and the wine labels.

Goff says the logo resembles a star, but it’s a 23.5 degree tilt of the Earth.

“Our (wine) names are already sort of pre-made, but we do have one called Eclipse,” Goff said. “So when that big eclipse was happening about a year and half, two years ago ... We sold a bunch of Eclipse to people who wanted that kind of wine. So we have about 13 different labels. An artist out in Willcox actually does our labels for us.”

Goff says the winery is known for it Malbec blend due to its connection to Argentina.

“As far as we know we’re the first vineyard to have Malbec in Arizona,” Goff said. “Every March we do a Malbec Madness tournament; blind taste testing between our Argentina Malbec, our Arizona Malbec and our Arizona Malbec Blend.

“We set up a bracket like March Madness and the final winner and stuff. We do the Rhone varietals as well. Up there in Elgin we try to do Cab Franc.”

Deep Sky has been involved in the festival since 2017.

“Nice seeing people do things with other people at our vineyard,” Goff says “Nice to see people get through it. Even when we’re doing outside things and just sitting down, people really do step up and support local business.

Deep Sky hopes to someday keep its grapes and make its own wine. Another tasting room would be necessary if that happens, Goff said.

Currently, Deep Sky’s Argentina-grown wines are available only at their tasting room in Elgin. Due to the pandemic, importation has been delayed by at least 10 weeks.

The company produces about 2,500 bottles a year, but has its bottles at at the Arizona Wine Collective in Tucson and some shops in Phoenix, Goff said.