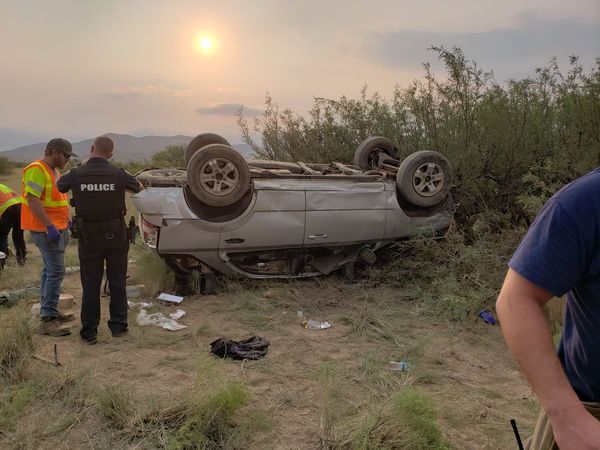 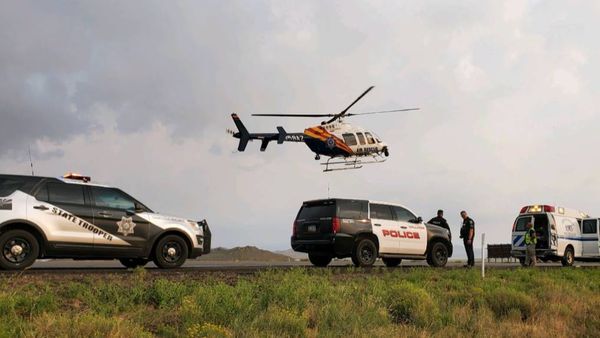 “For an unknown reason, the 23-year-old male driver of Tucson lost control of the tan 2005 Kia Sorento he was driving,” stated Department of Public Safety information officer Kameron Lee.

“The vehicle went off the interstate left when the driver over-corrected to the right, causing the SUV to roll near milepost 343 eastbound at 5:35 a.m., just before the Old Stewart Road exit of Willcox. The driver was partially ejected and sustained critical injuries.”

Six state troopers, four helicopters, two fire trucks and three police officers from Willcox responded to the scene as the interstate was closed for a few hours last Wednesday morning. Two people were trapped and extricated by Willcox personnel, who also aided with loading patients on the helicopters, according to officials.