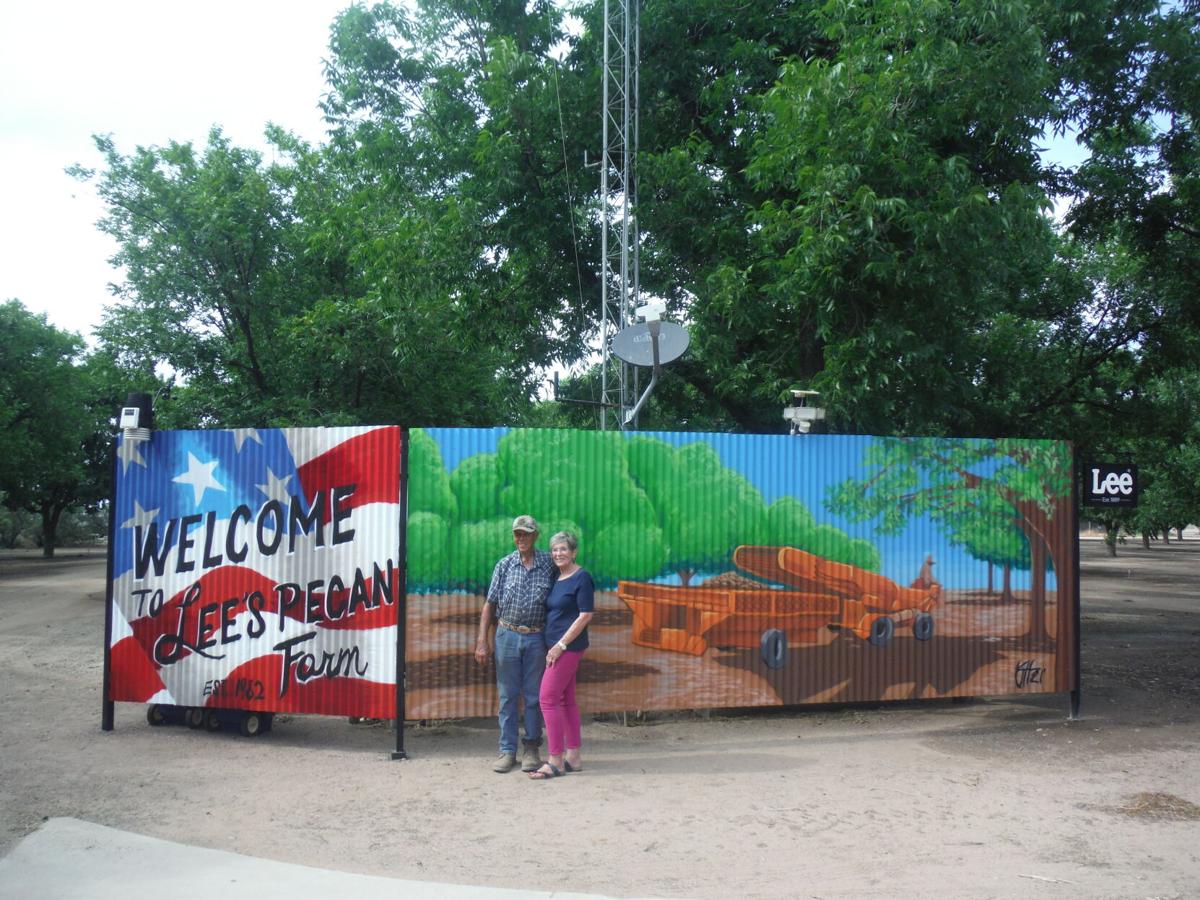 Jackie and Paul Lee stand by a mural in their orchard. 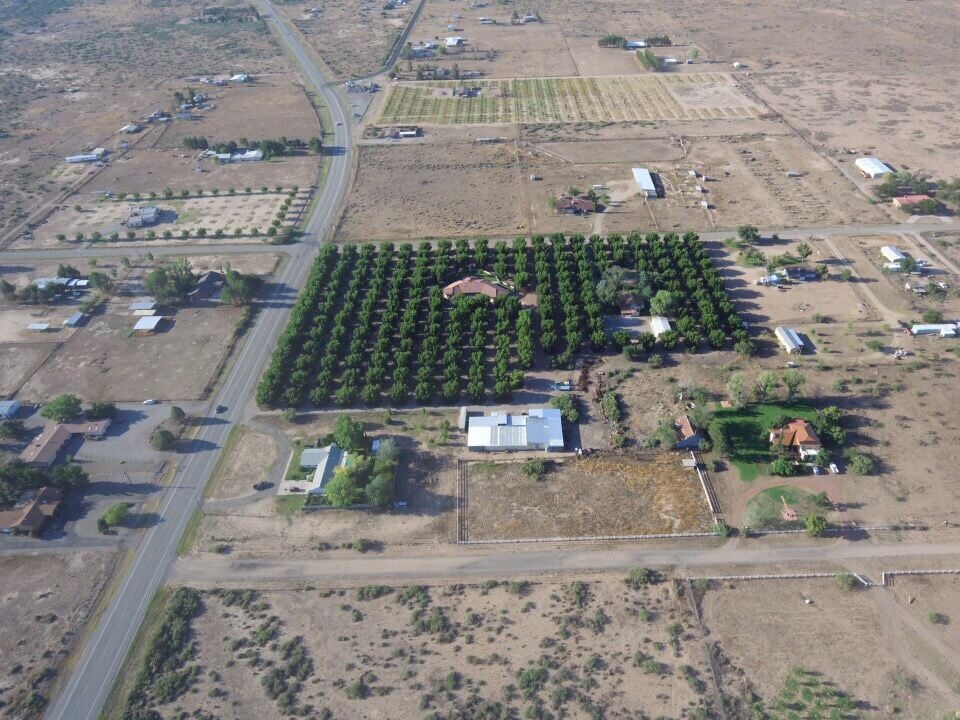 An overhead look at the Lees' pecan orchard.

Jackie and Paul Lee stand by a mural in their orchard.

An overhead look at the Lees' pecan orchard.

WILLCOX — Nearly 40 years ago, Jackie and Paul Lee planted an orchard in the high desert. The couple founded Lee’s Pecans in 1982 on a plot outside Willcox with dreams to nurture the orchard for their retirement.

“We planted 39 years ago, and it has worked out so well,” said Paul. Two months after the first trees were planted in 1982, Jackie and Paul got married. Jackie jests that “(Paul) brought me here before (we got married) to see if I’d work in the dirt.”

The pair toiled together to bring their farm from infancy to production. Paul said they began to see good results around 1995, so five years later he retired, and the Lees found themselves with a thriving business in their backyard. Both Paul and Jackie had traveled from greener climates to live together, so their grove reminds them of home. It’s full of birdsong, shade and the quiet whisper of the breeze through the leaves.

Paul grew up in Texas and has worked in the farming industry his whole life, most recently as a farming equipment and auto parts store owner. Time has not slowed Paul down, who spent the last few months replacing the orchard’s critical irrigation system.

The pandemic was challenging for the Lees, who rely on out-of-town and drive-up customers. Paul said their business fell by about half during the pandemic, but recently they’ve experienced a recovery and, “fairly close to normal sales,” according to Jackie. Paul said their future plans are “keep going and keeping on.”

The Lees farm 220 trees on eight acres, a small operation compared to other area orchards, but a big job for Paul, who is still doing most of the work after four decades. Pecan trees take nine months to produce mature fruit, beginning in the spring and ending in January.

To get the nuts out of the tree, Paul uses a shaker that rattles 30-foot-tall trees like they’re tuning forks. After Paul harvests 20,000 pounds of pecans, they are sent to a cleaning plant in the middle of Texas. “It’s a long way down, but it’s worth it for the quality that we get,” said Paul.

Jackie and Paul still do all their own processing and packaging, and still eat their own pecans every day, proud of their brand’s quality. The couple used to leave boxes of nuts out on the porch for customers, trusting the honor system; now they fill orders from all over the country.

In addition to being delicious, pecans are “one of the best nuts for nutrition,” said Paul. A 2020 article by Rachel Link, MS, RD, for Healthline agreed, saying pecans offer a variety of health benefits from brain function to blood sugar.

“Lee’s Pecans is a great example of the farm to table concept for Willcox,” said Chamber of Commerce President Mary Peterson. “People can literally buy fresh off the farm pecans to use in their favorite dishes. In an era of disconnect from where your food comes from, they are an amazing real-life experience.”

The Lees understand how important connectedness is for small businesses in a small town. “I always keep local brochures around to hand out to visitors,” said Jackie. Peterson described the Lees as “engaged and active community members,” and, “a contributor to both our economy and community.”

Lee’s Pecan Orchard is located at 2890 W. Marguerite Road, on the west side of Fort Grant Road heading north from Willcox, with the Lees’ home in the center of it.

They sell their nuts out of the garage, which features shell-them-yourself samples and antique nutcrackers.

The orchard is also bus and RV friendly, as you can drive through the orchard without turning around.

Watch a recent harvest from Lee's Pecans at https://youtu.be/W1n1u2ZBPmQ.