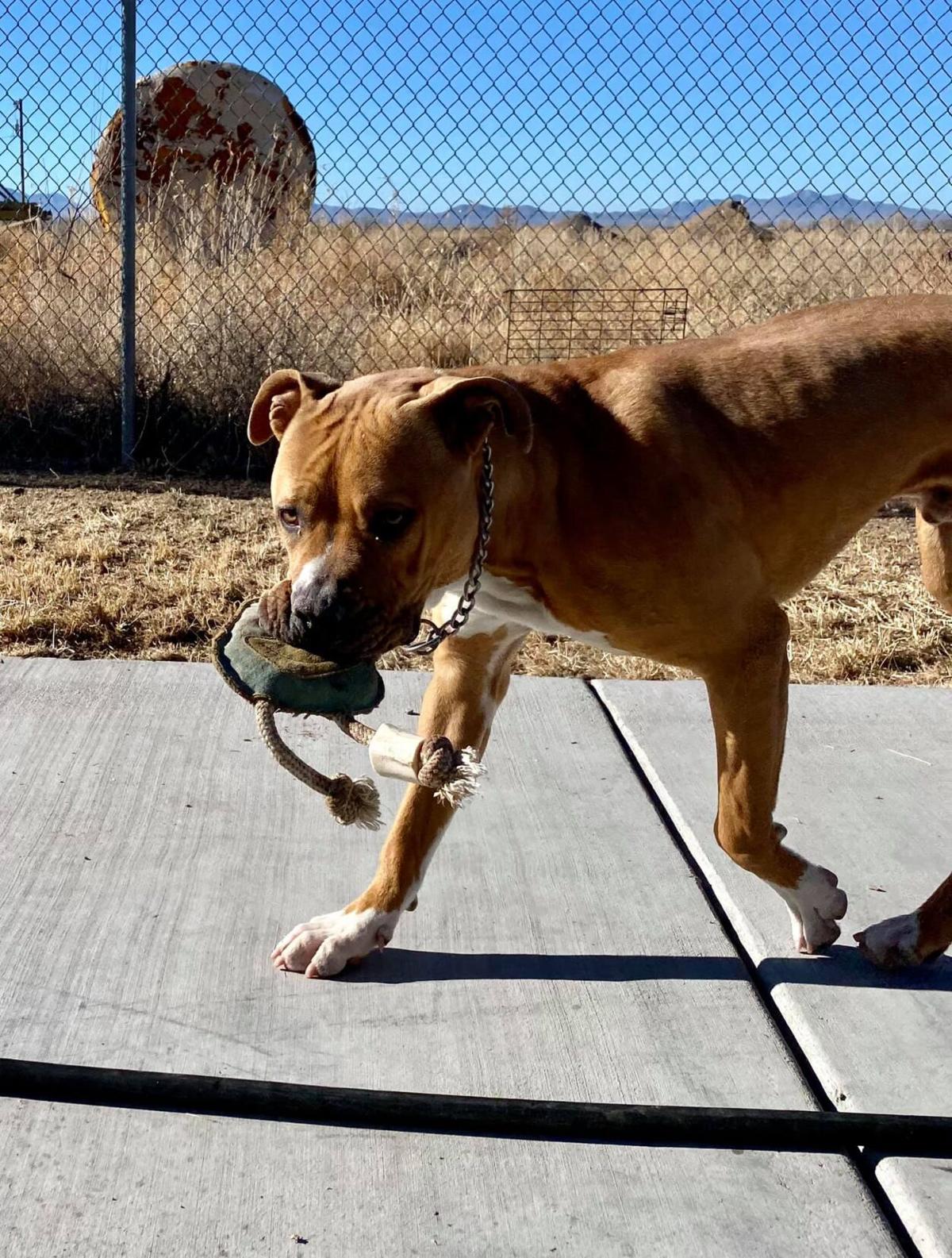 Kilo is one of many dogs waiting for a new home at the Willcox Animal Shelter. 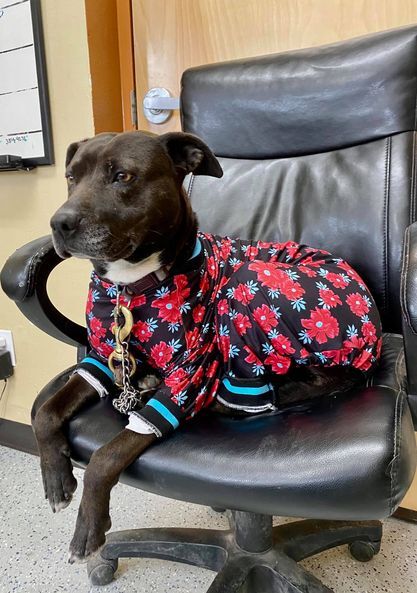 Lady, fashion icon and shelter mascot, hangs out at the office.

Kilo is one of many dogs waiting for a new home at the Willcox Animal Shelter.

Lady, fashion icon and shelter mascot, hangs out at the office.

WILLCOX — Marlo Crone has helped revitalize how the City of Willcox Animal Shelter houses and rehabilitates animals between homes. Crone, who has worked as a veterinary technician and a humane control officer for Cochise County, became the shelter manager in August and has seen sizable increases in adoption rates since.

“All of them have to have one-on-one time with people,” said Crone about the 10 dogs she’s currently taking care of. Crone insists on 20 minutes of daily interaction and play for each dog, and separate kenneling so that rescues develop their own personalities, policies she introduced.

She ensures that every dog has a chance to play, run around the lot at the shelter and receive some basic training. Her goal is to keep her charges from going “kennel crazy” by giving them time to gain confidence, recover from trauma and bond with humans.

This treatment, “helps with the animals’ social build,” said Willcox Police Department Investigations Sergeant/Humane Supervisor Jericho Valle. He has taken three rescues home and is responsible for ensuring the shelter runs efficiently. While he does not have the background that Crone has, he has always loved pets and is familiar with most of the animals at the shelter.

Since the police department and shelter work together, Valle said, “A decent amount of officers get dogs from the shelter.” This includes Willcox’s Chief of Police, Dale Hadfield, a former canine officer, who adopted a rescue from the shelter named Rosie.

Many rescues carry tragic stories, including abuse, abandonment and illness. Crone knows these dogs have limited adoptability, so she works to regain the trust of abused animals and renormalize the everyday things they associate with pain. She runs a no-kill shelter, so the goal is to make the life of each animal better, no matter the difficulty.

Crone refuses to arrange any adoption that will result in the animal ending up back at the shelter. She wants to find her charges permanent, compatible homes and is aware of how trivially some treat their pets.

“After Game of Thrones ended, no one wanted their huskies anymore,” she said, recalling a remarkable influx of the breed during the summer. Luckily, the shelter was able to find homes for all the huskies, either by adoptions or other shelters better equipped for them.

Sometimes the right home is the shelter itself. Lady (also known as Queen B) has become a great friend of Crone, and somewhat of a fashion model. She spends a lot of time with Crone, either in the shelter, on patrol or at the police station with dispatch.

To further improve operations, Valle and Crone are working to obtain some new vehicles to replace their old truck. They also want to build an outdoor “meet and greet area” so that rescues and potential adopters can get to know each other. Valle and Crone agree this would be more convenient and comfortable than the small lobby inside the shelter.

“They talk to you, whether it be through their bark or through their eyes,” said Valle about how he knew he wanted to adopt. He thinks the “meet and greet area” will help compatible rescues and owners connect.

While the shelter does receive grants from the Humane Society and other organizations, they also appreciate community generosity. Items such as, dog toys (leather is best), blankets, collars, leashes, food, bones, kennels and vests are welcome.

If you’re interested in adopting, check out the City of Willcox Animal Shelter’s Facebook page at fb.com/willcoxanimalshelter or call 520-254-1131.