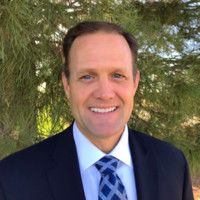 Gov. Doug Ducey has named Aug. 17 as the day he hopes schools will be able to open this year, but whether it happens that day or not, officials agree it won’t be business as usual.

Willcox School Superintendent Kevin Davis isn’t 100 percent certain when his students will resume learning or how.“Most likely we will try to start on August 10th with online, then transition to on site as allowed, but those plans are not set yet. We will gather information from staff and parents to determine their needs and recommendations, and go from there,” said Davis by email Tuesday morning.

When asked about the safety precautions Willcox Schools will implement in the fall, Davis said they are still under discussion.

“We are developing plans and monitoring recommendations from authorities daily. We will try to communicate with parents, students and staff to determine the best way forward,” said Davis through email.

Bowie Superintendent Wendy Conger said the school has already purchased thermometers as well as individualized desks for the students. Each student will have their temperatures taken before school starts each day. Also, water dispensers were purchased by the school district and placed in each classroom to minimize the spread of germs by a water fountain.

“We’ve bought directional signs for the hallways, we’re going to be serving meals in the classroom, and we’ve purchased first aid kits for each classroom so the students don’t have to go to the office,” said Conger. “We’re trying to make this thing positive and think outside the box.”

“99.9 percent of our students do not like online learning,” said Conger. “If we need to add the four days into our schedule later in the year then that is what we’ll do.”