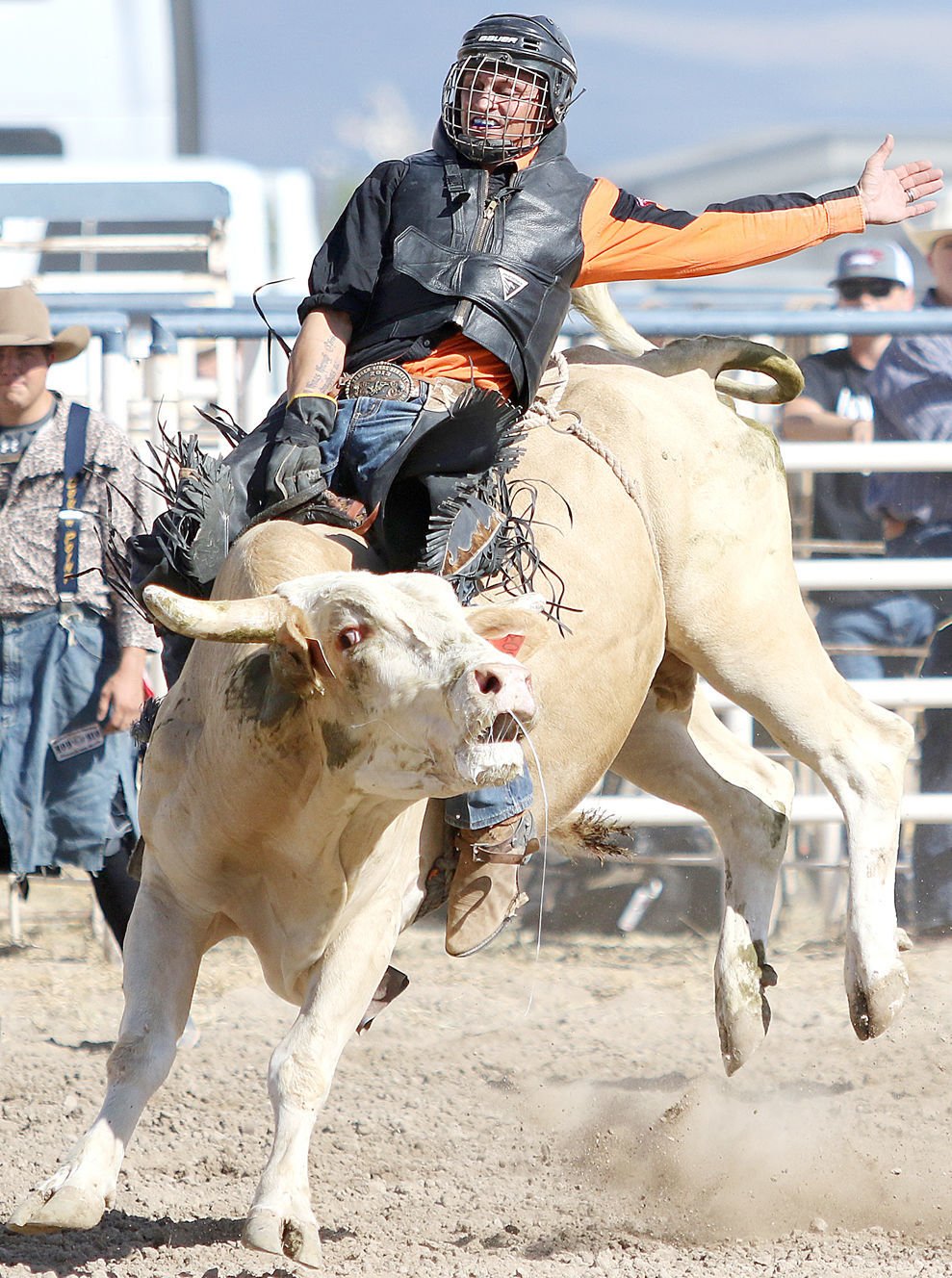 The Rex Allen Days rodeo, one of the most popular attractions of the annual celebration, returns Saturday and Sunday. 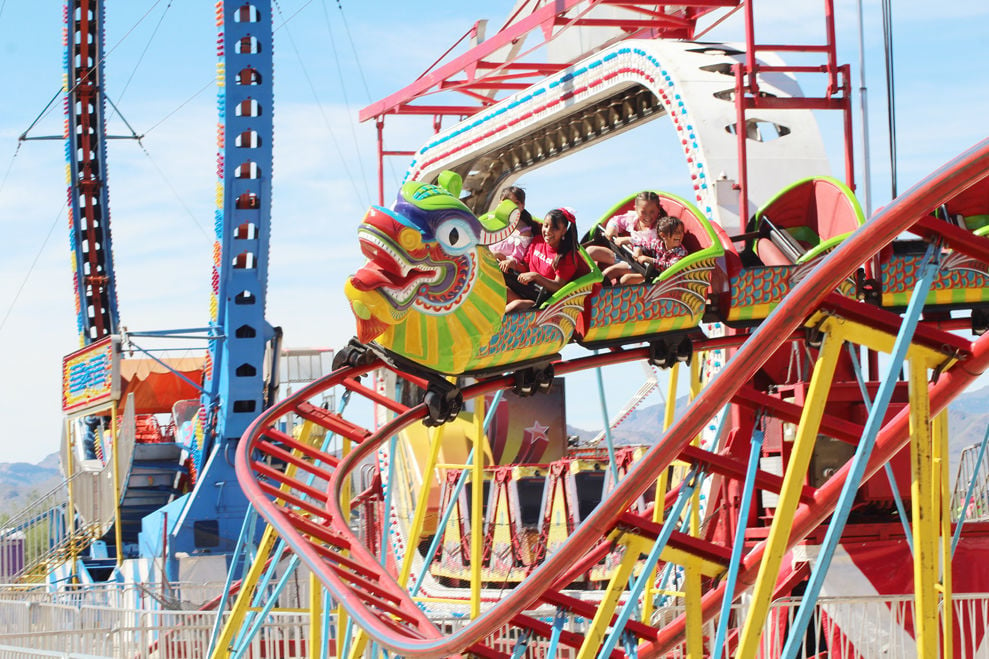 Rollercoasters and other rides return to Rex Allen Days this weekend. 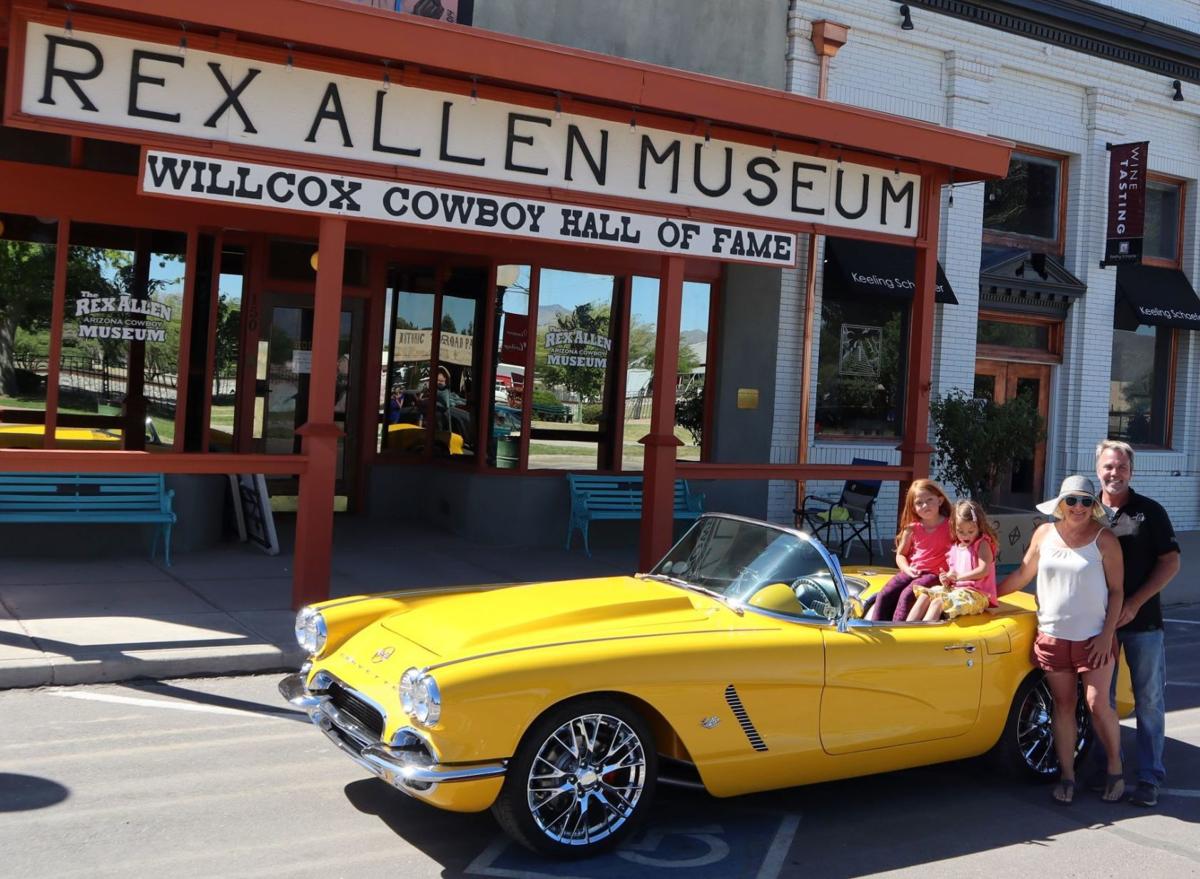 Jim and Dawnette Shupack and their grandchildren Hadley and Ava show off their 1962 Chevy Corvette, which earned the Best in Show title at the 14th Annual Rex Allen Museum Car Show. The car show returns this year along with many other events.

The Rex Allen Days rodeo, one of the most popular attractions of the annual celebration, returns Saturday and Sunday.

Rollercoasters and other rides return to Rex Allen Days this weekend.

Jim and Dawnette Shupack and their grandchildren Hadley and Ava show off their 1962 Chevy Corvette, which earned the Best in Show title at the 14th Annual Rex Allen Museum Car Show. The car show returns this year along with many other events.

WILLCOX — This year’s 69th annual Rex Allen Days celebration in Willcox this Friday through Sunday will act as a willing substitute for the pared-down Cochise County Fair.

The county fair last weekend was mostly limited to an expo of junior livestock displays and contests. Clement said his event found a carnival for Friday through Sunday, no easy task during COVID-19.

“We had locked in a carnival, one we’ve used successfully and partnered well with for the last several years,” he said. “However, due to cancelations of other events on their normal carnival circuit, it was not feasible for them to come and set up in Willcox.”

“As the news came out that Rex Allen Days was moving forward, we were contacted by different entities, including carnivals, that have offered services. As such, we were able to collaborate with one of the offered opportunities and, voila!, carnival on,” he added.

Discounted carnival wristband coupons are available for pre-sale through Thursday at La Unica restaurant or at Fresh Mart grocery as well as online at rexallendays.org.

The professional rodeo event on Saturday and Sunday at 2 p.m is still large, Clement said.

“Due to COVID the donations and sponsorships are a little lower in numbers, so there is not as much added money for contestants as in years past. However, we still are seeing comparable numbers to previous years in the terms of participants,” he said.

The annual parade will be following the traditional route Saturday at 10 a.m. on Railroad Avenue and Haskell Avenue and headed by Grand Marshall Rex Allen, Junior. Parade marshals include the Allen Family, and many of Rex Senior’s kin will be in the parade this year to celebrate the 100th birthday of the late singing cowboy Rex Allen.

This year there will also be an Honorary Grand Marshal. Quinn Green, a long-time supporter and photographer thereof of rodeos, including the rodeo at Rex Allen Days, will be saluted.

“The country fair in Keiller Park Friday through Sunday will have both the carnival ride placements and vendors social distancing a bit to ease congestion,” Clement said.

“We’ll have as many food vendors as we can get approved by the county health department to reduce food lines. We’ll also have external monitors on the ramada showing the parade and rodeo. We’ll have extra hand-washing stations available and may incorporate a ‘mask zone’, wherein vendors that prefer guests to wear masks will be situated together. Otherwise, there is no mask requirement at the fair, but we do expect everyone to be respectful.”

The annual car show will extend its hours into mid-afternoon on Saturday to accommodate a new feature, a drive-in movie at the park, organizer Sherry Van Allen said.

“We will be showing the movie “8 Seconds” (The Story of Lane Frost), starring Luke Perry on the big screen in Keiller Park beginning about 7:30 p.m.,” she said. “It is free to attend but donations will be accepted and all proceeds will go to AYSO Youth Soccer. Bring your lawn chairs or a blanket to sit on.”