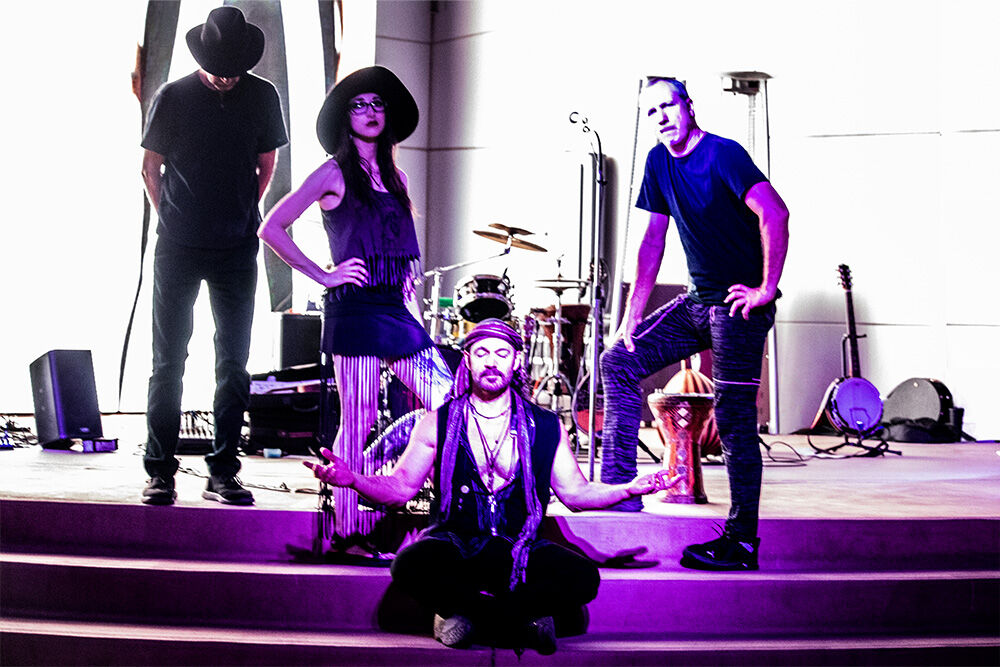 Center, Scott Jeffers, frontman for Phoenix-based World Music fusion-band Traveler, poses deep in mediation as he is surrounded by his bandmates. 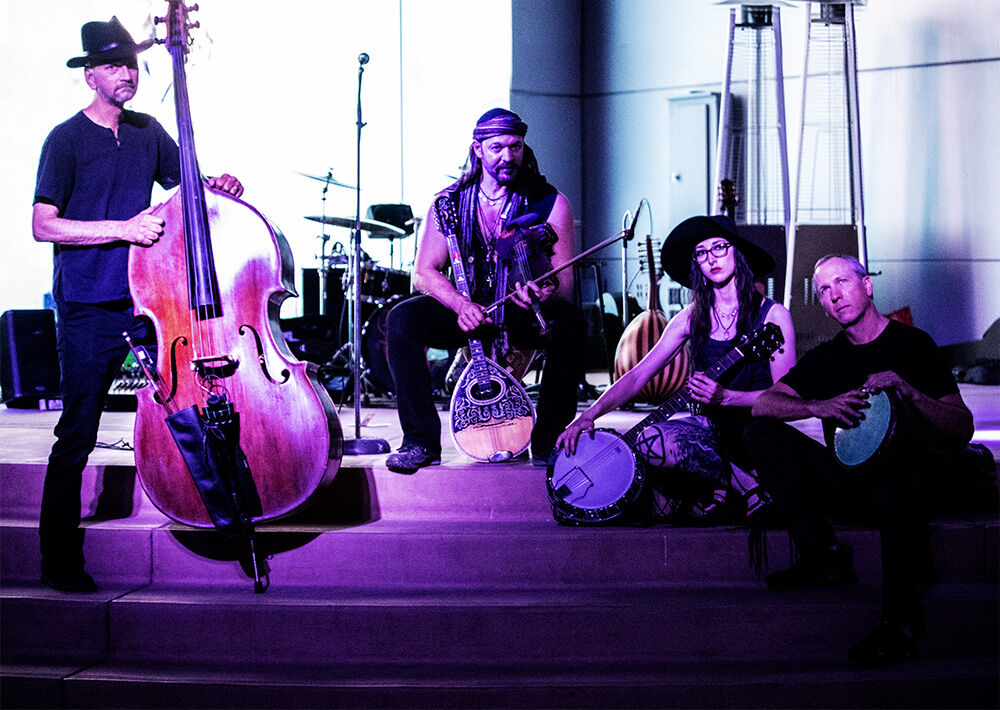 Scott Jeffers, center, of Phoenix-based band Traveler, poses alongside his instruments and his bandmates.

Center, Scott Jeffers, frontman for Phoenix-based World Music fusion-band Traveler, poses deep in mediation as he is surrounded by his bandmates.

Scott Jeffers, center, of Phoenix-based band Traveler, poses alongside his instruments and his bandmates.

WILLCOX — Willcox Theater and Arts, Inc. is planning to host their Willcox Arts, Music and Movies Fest this weekend.

Starting at 4 p.m. on Saturday, June 5, downtown Willcox will open up for “booths (from local businesses), food and activities (for the kids including face painting and Lego building).”

According to the Marketing manager for WTA and one of the event organizers for this years WAMM Fest, Wesley Schofield, “the fire department, border patrol, and police departments bring some of their cool vehicles to show off, spray water around, and some years they’ve even brought a bouncy castle.”

“WTA offers its own art activities with chalk art in the street and this year we’re doing tie-dye shirts and bandanas,” he added.

The festival will then officially kick off its entertainment for the day with “improve performances by Creative Youth Productions and Encore Dance Academy performances” starting at 4:15 p.m. Those performances will end at 5:30 when Phoenix-based World Music fusion band Traveler is set to perform.

The Herald/Review recently interviewed Traveler’s frontman Scott Jeffers on his band’s formation and their experience during the pandemic.

“It was a concept of putting together a project that would reflect all the ethic histories of the places I travel,” Jeffers said. “I would travel to distant lands. Greece or Egypt or whatever. Then I would write music while I was there.”

He said he’s “influenced by the musicians I hear. Even by the landscape, whatever (I was) inspired by. Then (I) would bring it back (and) put it together with a group and then perform it out from there. Record and go (promote) it. That was kind of the concept from the beginning and then it took shape and it grew,” Jeffers said.

Jeffers next expanded on the discussion of his musical influences by pinpointing the areas that he travels to the most.

“Mostly I travel to places where my musical interests (are located). I have an interest in Greek music, Turkish music, and a lot of Middle Eastern music,” he said.

“I think every culture has its unique flavor, but certain ones that have that thing that touches me the deepest, those would be the ones that I’m interested in,” Jeffers said.

Jeffers also feels that his family ancestry on both sides has also influenced his musical interests to a degree.

“I believe it is partly the ancestry, because my mom is Lebanese and my dad’s Sweedish and Scottish. Of a mix. So I was exposed to it very young. As my musical studies got deeper I found myself looking for something more out of the box than what popular American music has to offer,” Jeffers said.

Jeffers feels like his band has been able to keep busy in the recording studio, even with a live sound, despite the pandemic and he also spoke to how the COVID-19 pandemic has inspired one of their newest songs.

“We get these offers to do these outdoors events that are safe, so we’ve been doing those. There was a time when it was worse. It’s starting to open up a bit,” he said.

“Even nightclubs are starting to give us offers. It’s definitely the hardest thing ever in a musician’s career (the COVID-19 pandemic). I think for every musician. On a good side, a lot of musicians, even us, we spent the time recording music and writing songs.”

“So we have this whole new part of our catalog that didn’t exist before. Which is pretty exciting,” Jeffers said.

Jeffers last spoke to his thoughts on playing in the “little town of Willcox,” for the very first time.

“We’re giving them so many different cultures. It should be a really fun show for everybody that lives there. The one thing with a Traveler show, it’s kind of like going on a trip, Europe and the Mediterranean,” he said.

“The Middle East and then down into Africa. It’s like a whole journey,” Jeffers said.

Gary Clement saw the band perform up in Scottsdale last year and invited them to come play out in Willcox.

The festival will end with a movie screening on a “huge” screen in Railroad Park, where attendees are welcome to bring their own lawn chairs and blankets.