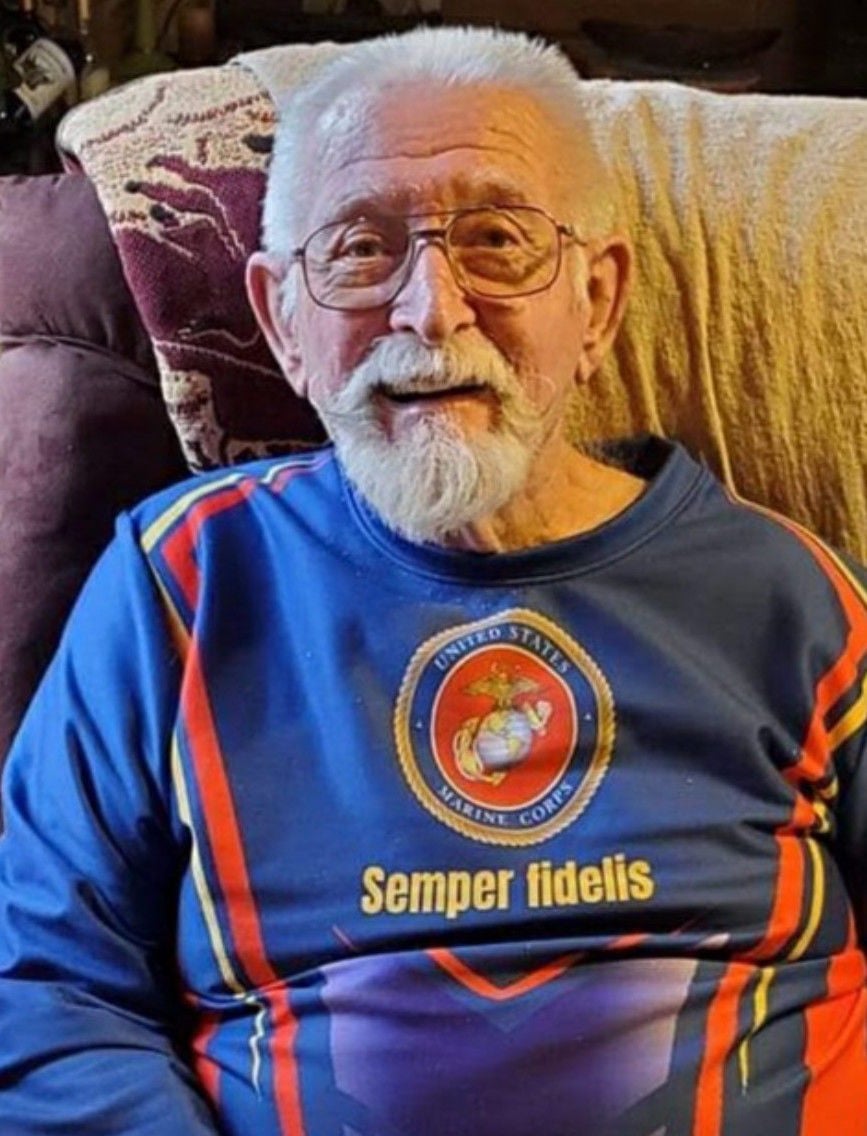 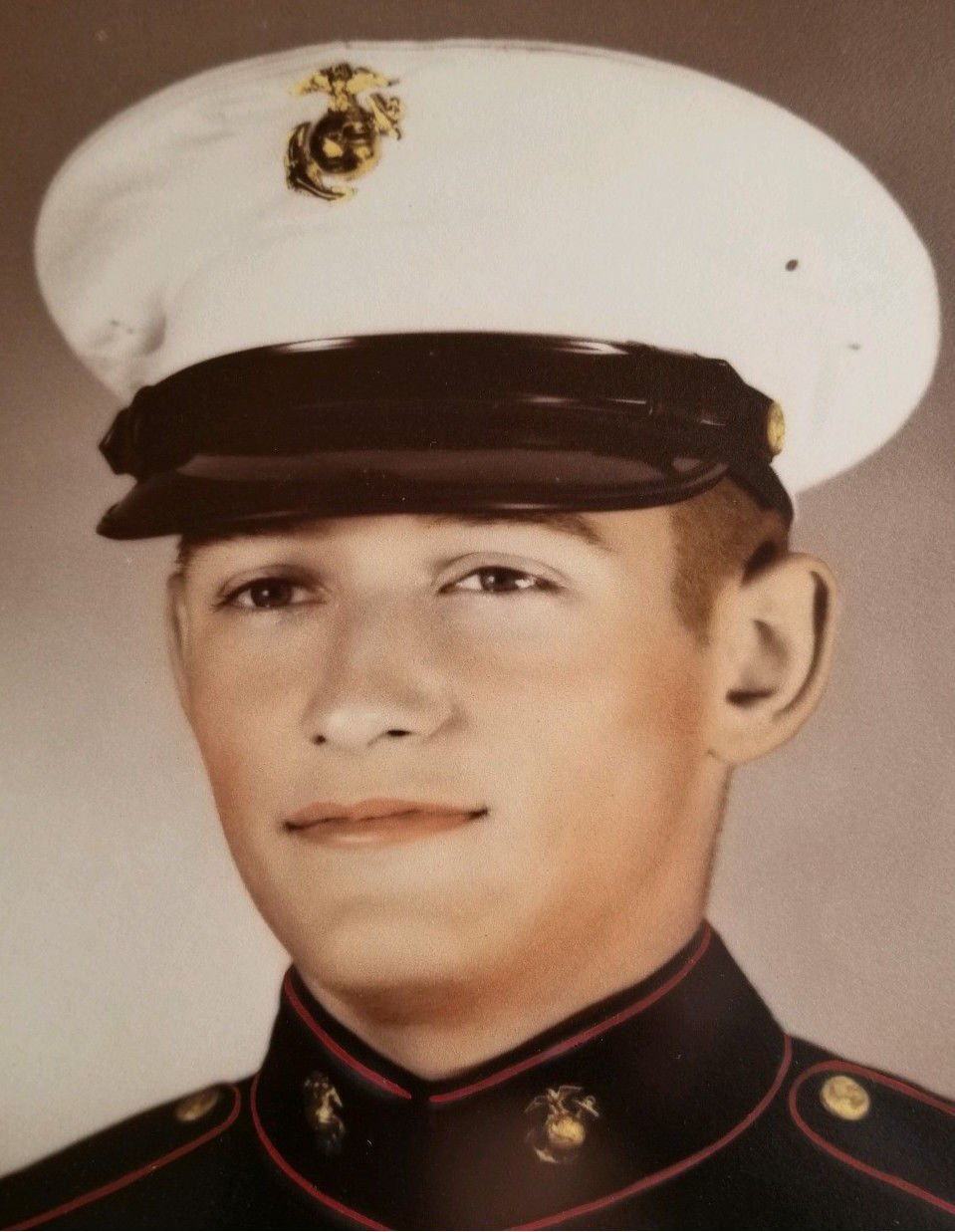 SIERRA VISTA — Patrick James Lynch was born in Lansing, Michigan on September 7, 1937. He died on June 17, 2020. He was raised by a single mother, Mary Catherine Lynch, who preceded him in death. He is survived by his wife of 60 years, Ahuva Lillian Lynch; his children and their spouses, Michael and Karen Lynch, Marylotti and Kenny Copeland, and Michelle and Rick Fleming. He also leaves behind three grandchildren: Sean Copeland, Lauren Lynch, and Patrick Fleming.

Pat spent his early years in East Tawas, Michigan attending St. Joseph’s Catholic School. He was the only boy in his class from 4th through 10th grade, but has fond memories of his time there to include wrecking one of the sister’s cars. His house was close to Lake Huron and the Huron National Forest. His childhood was spent ice fishing, jumping ice cakes, hunting and exploring the woods.

His childhood also included spending time in Pontiac with cousin MarySue Cloonan and family, and in Greenville, Ohio with cousin Mick Maher and family. Mary Sue and Mick were like siblings to him.

He finished high school at Tawas Area High School, graduating in 1955. He enjoyed football, tennis, golf, hockey, and the drama club while in attendance. He also worked at the A & P Grocery Store. This helped supply his camping adventures to the abandoned box cars located at Tawas Point.

Upon graduation, his mother finally signed the release for him to enlist in the United States Marine Corps. He was only 17. He was done with education and decided the Marines would give him somewhere to go and something to do. He might even get to see some of the US. His recruiter promised the chance that he would never even leave the country. He would meet the same said recruiter on the summit of Mount Fuji, Japan a mere 18 months later!

Pat attended boot camp in San Diego and immediately got off on the wrong foot with his DI (drill instructor). When exiting the bus, the DI swore he heard Pat say something and proceeded to break his ukelele over Pat’s head! He described the rest of boot camp as a “nightmare” as the DI never forgot their first meeting.

After bootcamp, Pat received orders for South Camp Fuji, Japan. He loved his time there as they were allowed to travel, meet the local people, and experience Japanese culture. He spent the next 16 months between Japan, the Philippines, and Okinawa as an Infantry Rifleman.

In 1957, Pat returned stateside to Camp San Onofre, California as a Rocket Section Leader. It was at this time that he learned about Embassy School and applied and was accepted for the school in Washington DC. The school combined military and state department training for 8 weeks with a graduation rate of only 19%. Pat put in for Paris, Rome, and London. His orders arrived for a place he had never heard of, Tel Aviv, Israel. Embassy duty was quite the life. The Marines worked three or four 12 hour shifts a week and had the rest of their time to themselves to travel and learn the local culture.They also provided security for the US Ambassador and this frequently meant donning civilian clothing and attending lavish parties! The Marines also had a driver. This especially came in handy one day when Pat saw a gorgeous blonde walking down the sidewalk. The driver didn’t know who she was, but vowed to find out and arrange a meeting. And that brought the love of his life, Ahuva, into his circle.

Pat and Ahuva spent the next two years getting to know each other, touring Israel, and attending military events. One such event was a Marine Corps Ball where Pat had the honor of meeting both David Ben-Gurion, Prime Minister of Israel and Moshe Dayan, Israeli Defense Minister. They married in January 1960 before Pat was again transferred stateside.

A quick tour at Camp Lejeune, North Carolina afforded Pat the opportunity to attend Imagery Interpretation School. A highlight of that tour was analysis of pictures from Cuba showing Russian Missiles. Pat continued his work as an Imagery Interpreter at El Toro, California. Most of his work then was dedicated to SE Asia. While at El Toro, he attended Counter-Intelligence (CI) School. During this time, his children Michael and Marylotti were born at St Joseph hospital, where, in addition to his work as a Marine, Pat worked as a surgical orderly.

1964 would be Pat’s first trip to Vietnam. Although he wasn’t “officially” there, he spent time surveying beaches and taking up residence in the French Ambassador’s villa.

Pat returned to California and continued to work as a CI Specialist. Most of his time was spent looking into groups and individuals suspected of domestic terrorism. During this time he attended schools to supplement his espionage training to include Defense Against Sound Equipment School! His daughter Michelle was born during this time. His favorite story from this time was when he received orders to report to 29 Palms to determine a security breach. He found it in the base beauty salon!

He returned to Vietnam in 1967 as a CI Specialist charged with conducting investigations into all MIA cases. He traveled all over the country completing this mission. Most of his travels were conducted by helicopter or C130, so he also collected information on troop movements.

Marine Corps Air Station Kaneohe Bay, Hawaii was the next duty station for Pat and this time his family got to come along. He had received a wartime commission prior to arrival in Hawaii. He was assigned as a CI Team Leader, then Commander and visited Okinawa, Japan, Vietnam, and Thailand to conduct security inspections and background investigations. This was also the period he was introduced to Ft Huachuca, Arizona for attendance at the Officer’s Collection Course. His family remained in Hawaii during all his travels and he eventually enjoyed the golf and fishing the island had to offer. In 1971 Pat and his family moved stateside. After a 6 month stint at Camp Lejeune, the family moved to Ft Huachuca where Pat worked as an instructor for the Intelligence School. This is where he would retire after 20 years of service. This would allow his children to stay in one place for all of high school.

Pat and Ahuva began traveling in their RV during this time with their treasured friends Bob and Janice Copeland. They spent 20 years traveling with some of their favorite destinations being: Canada, Alaska, Washington (Whidbey Island), Oregon, South Dakota (searching for bison), and Montana. They cherished all the friends they met along the way from all over the states and Canada.

The last destination for their RV was in Pinetop, Arizona, where it has been a summer home since 2015. Pat has always been called to the mountains and this became his haven in his waning years. This is where he came to meet the Hon-Dah Hooligans, friends that became like family.

Through all his travels and experiences, nothing impacted Pat’s life like that of his wife, children, and grandchildren. He counted them as the greatest blessings of all.

Pat’s family would like to thank the compassionate team of nurses and caregivers that helped him through his last 6 months. Karen, Lizzy, Mary, Michelle, and Heather; we are forever grateful for your kind care.

The family is waiting to hold interment services and a wake until such time that all friends and family can gather together to celebrate his life.

In lieu of flowers, please send donations to: https://www.multiplesystematrophy.org/msa-donation/