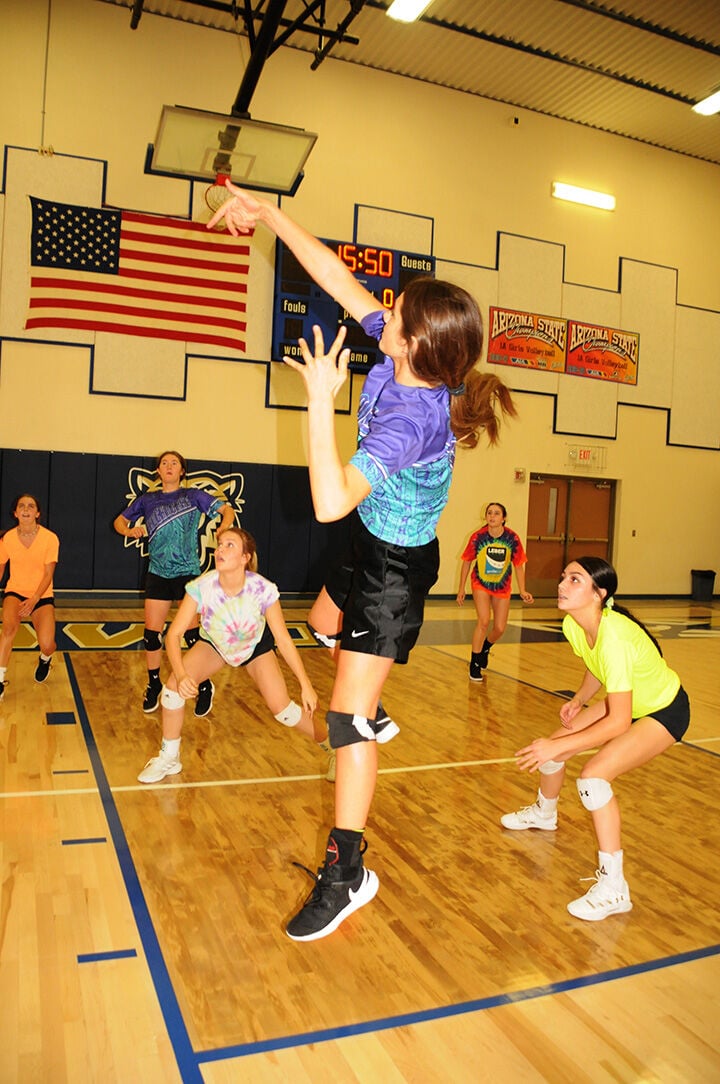 St. David volleyball players get their game on at their gym. 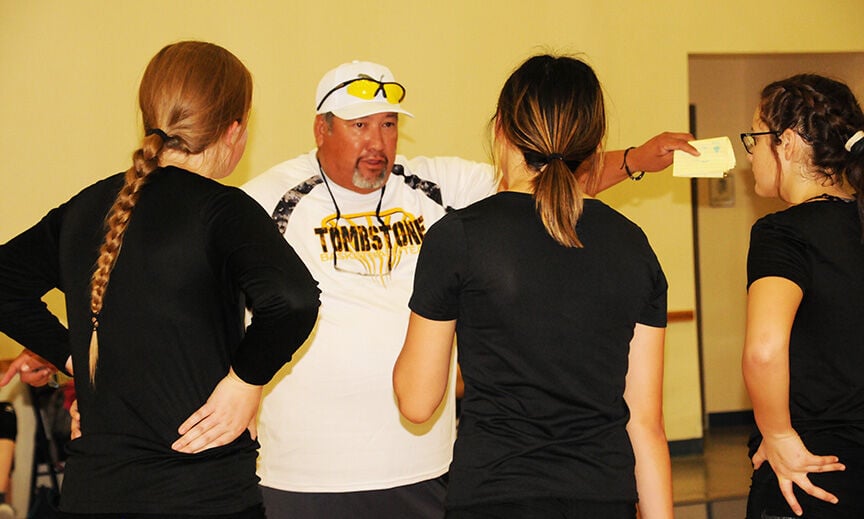 Tombstone coach Dan Romero talks to his team during a break.

St. David volleyball players get their game on at their gym.

Tombstone coach Dan Romero talks to his team during a break.

Coaches and athletic teams from around the state have been gearing up for their upcoming fall seasons with summer camps and open gym play.

St. David has been hosting four teams every Thursday in their “Coach Bary Judd and Coach Orland Merrill” gymnasium during July. Three courts are set up in the gym with teams playing 30-minute round-robin style games.

“I’m just thrilled that we were able to attend a summer volleyball camp this year and that we are able to host these round-robin games,” St. David coach Tylene Miller said. “This gives our athletes and those from the other three teams some gamelike situations to help them get rid of their butterflies and be prepared for the upcoming season.”

“We don’t really go to win but to learn, to have fun, and to get playing time,” Benson first-year head coach Tara Thompson said. “Getting the chance to have our girls play and also seeing how some of the underclassmen work together before the season is one of my goals. We’re getting an early look at what our season might look like.”

Tombstone High School coach Dan Romero sees the chance to have his Yellow Jackets participate in the preseason games as a positive learning experience.

“We like having our players play different positions to see how they react,” Romero said. “Our front row and setters are doing well – now we’re working on our back row passing. We have a good group of girls; we’re looking forward to competing and everyone staying healthy throughout the season.”

The final volleyball competitions of the summer will take place at St. David High School on July 22, starting at 6 pm.