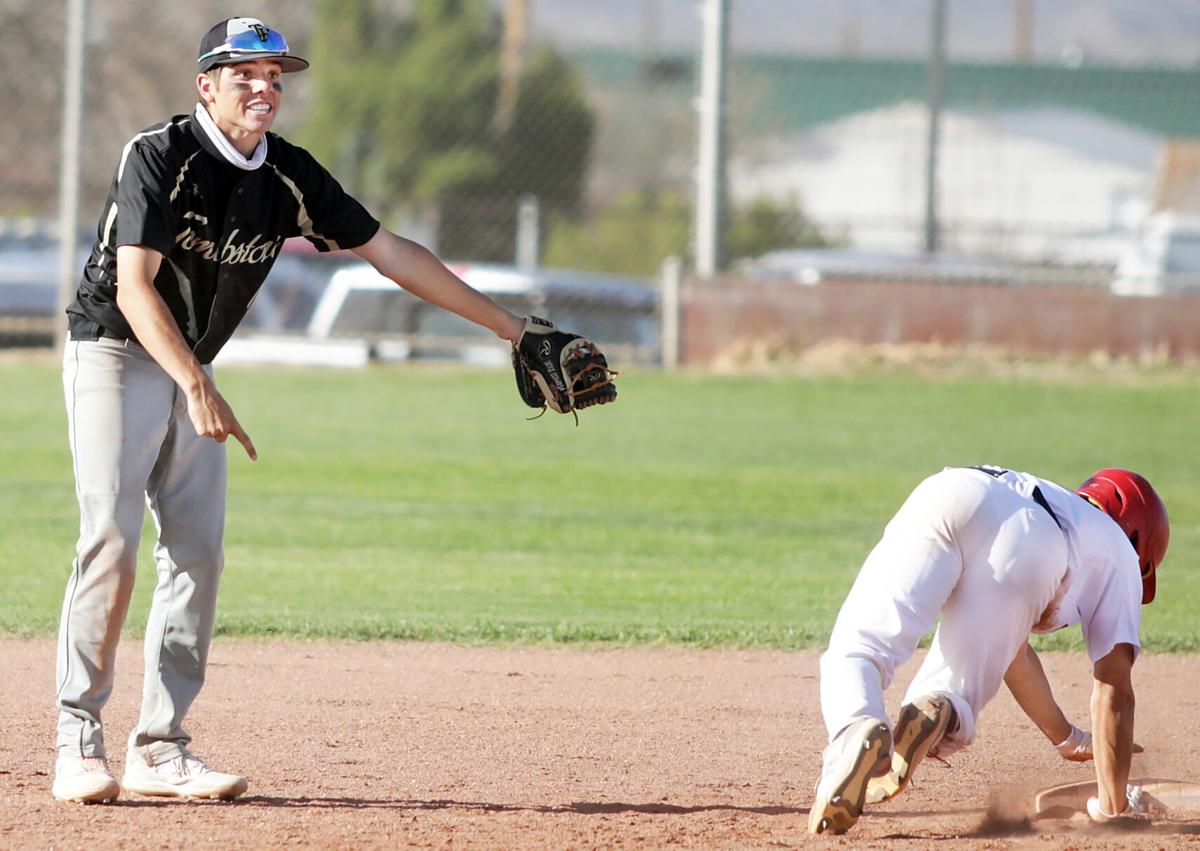 Yellow Jackets senior shortstop Zekiel Esparza is incredulous while pleading his case to the umpire to no avail during Tuesday’s road game against the Bobcats in Benson.

Yellow Jackets senior shortstop Zekiel Esparza is incredulous while pleading his case to the umpire to no avail during Tuesday’s road game against the Bobcats in Benson.

BENSON — The Benson Bobcats hosted the Tombstone Yellow Jackets in a baseball game that would decide which 2A South regional team would remain undefeated.

In a close contest that was decided in the final innings, the Yellow Jackets defeated the Bobcats 3-2 on Tuesday.

The Bobcats scored first in the bottom of the second inning to lead 1-0. Neither team scored again until the fifth when the Bobcats added one run, taking a 2-0 lead.

Tombstone came back in the sixth inning with three runs to post the victory. The Yellow Jackets moved their record to 5-0.

“This was a good win for us,” Tombstone coach James Milligan said. “Cash (Finnell), our pitcher, and Benson’s pitchers had great games. We had four total hits in the game and one timely hit. We played hard and came out on top. It was a good game.”

Pitching for the Bobcats were junior Wyatt Wilharm, who had eight strikeouts and two walks, and junior Brok Determan, who had five strikeouts.

“We can’t make mistakes against a good team because they’ll take advantage of them,” Benson coach Fred Trujillo said.